A sprawling $600-million movie studio led by Hollywood star Robert De Niro has been given the go-ahead by New York planning authorities, according to the architects behind the complex.
More than two years since plans were first unveiled, construction work on the 775,000-square-foot Wildflower Studios can now begin after the project won approval from the New York’s Department of Buildings, said design firm Bjarke Ingels Group (BIG) in a press release.

Dubbed the world’s “first vertical commercial film, television and creative studio,” the seven-story building in Astoria, Queens, is expected to house 11 sound stages upon its completion in late 2023.

A waterfront promenade will be opened to the public. Credit: Wildflower Ltd./Bjarke Ingels Group/SYNOSIS

Though Queens is home to production facilities like Kaufman Astoria Studios and Silvercup Studios, which has produced shows like “30 Rock” and “Sex and the City,” New York is considered secondary to Hollywood when it comes to big-budget movies. In a bid to draw business away from LA, Wildflower promises that its new studios will combine the “collaborative environment of a Hollywood-style studio with the latest in digital production capability.”

In a press statement, BIG founder and creative director Bjarke Ingels said the studio would help “bring film production back” to the East Coast.

“While New York City is no stranger to being the star of many visual stories — the city effectively a character in itself — this … complex marks a new chapter in the city’s ability to create the stories of our future,” the architect added.

Concrete panels on the structure’s exterior will create what the architects called “an animated effect” as the sun moves through the sky. Credit: Wildflower Ltd./Bjarke Ingels Group/SYNOSIS

Offering views of the Manhattan skyline, the 5.25-acre site was purchased from historic piano company Steinway & Sons, which will continue operating a factory next door. A series of digital renderings released last year show the 145-foot-tall building situated behind a waterfront promenade, which will be opened to the public.

Concrete panels on the structure’s exterior will be set at different angles, creating what the architects called “an animated effect” as the sun moves through the sky. Elsewhere, the design features cafes, offices, lounges and a roof covered in 150,000 square feet of solar panels.

Wildflower Studios’ managing partner, Adam Gordon, said in a statement: “We are determined to create a world-class content creation campus in Queens. It speaks to telling stories in all forms; streaming, AR (augmented reality), VR (virtual reality) and gaming, with a building design that looks toward the future.”

How to get rid of visceral fat: Drink fennel water to lose weight 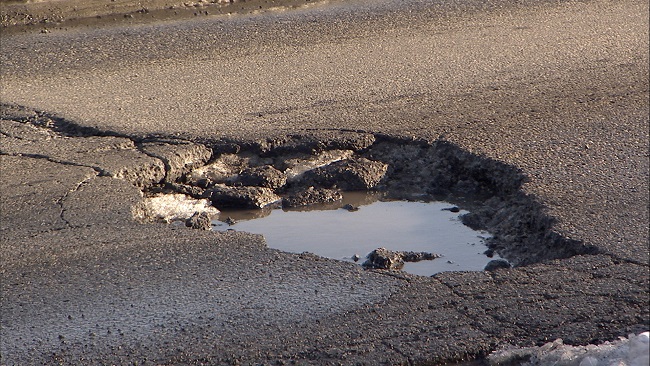 Who is responsible for pothole damage?

Who Is Melissa Lucio, Facing Execution in Texas – Innocence Project