On top of the 720 episodes of Naruto and Naruto Shippuden, there are also 11 Naruto movies. However, only two of those are canon — here’s why.

There are 11 Naruto movies, but only two of those are considered canon—here’s why. Between Naruto, commonly known as Part One, and Naruto Shippuden, Part Two, there are 720 anime episodes of Naruto. However, as is common with hit manga adaptations, Naruto was not restricted to the anime series only, and it received OVAs, movies, and video games.

Another common thing for anime based on the manga is the existence of a lot of non-canon material, including several episodes from the series itself, the fillers. While that is not so common in more modern anime like Jujutsu Kaisen, Demon Slayer, and My Hero Academia, the filler episodes would quite often slow down the pacing of older anime, which can make it difficult for new audiences to jump on classic shows like Naruto, One Piece, and Dragon Ball Z. The concept of filler is not restricted to episodes of a show, and it can also be applied for movies and OVAs.

With the exception of The Last: Naruto the Movie (2014) and Boruto: Naruto the Movie (2015), the other nine Naruto films are considered fillers. That means none of those nine movies had any direct input from the creator of Naruto, Masashi Kishimoto, much less adapted any existing material from the manga. Instead, they are original stories created for the films alone. While the films acknowledge the chronology and the events of the Naruto series, neither Naruto nor Naruto Shippudden acknowledged the events of the movies. That was the case for every Naruto movie, from Naruto the Movie: Ninja Clash in the Land of Snow (2004) to Road to Ninja: Naruto the Movie (2012), until The Last broke the tradition. The 2014 film was based on a story by Masashi Kishimoto, and it served as an epilogue to Naruto Shippuden. Similarly, Boruto: Naruto the Movie was co-written by Kishimoto, and it served to introduce audiences to Naruto’s next generation before the Boruto manga was released.

Unlike later examples, such as the Demon Slayer movie Mugen Train, there was never a Naruto arc adapted from the manga to a movie, and all of the canon events were restricted to the anime series. However, after the end of Naruto Shippuden, the creators found in the theatrical releases of The Last: Naruto the Movie and Boruto: Naruto the Movie a chance to promote, on a global scale, a new beginning for the saga. That said, the fact that the previous nine Naruto movies are not canon does not mean that they are not entertaining. For example, Naruto the Movie: Ninja Clash in the Land of Snow is an emotional story about how Naruto inspired a princess to fight to save her land, while Road to Ninja: Naruto the Movie is a fun “what if?” story that places the viewer in an alternate Naruto reality. Obviously, the canon Naruto movies have a bigger production value, with stories that can feel better paced because of how they connect with the events from the shows, such as the attacks from Naruto Shippuden’s Otsutsuki.

It can take a while for someone to catch up on all of Naruto and Naruto Shippuden, and those who are only interested in the canon stories can skip all the movies but The Last: Naruto the Movie and Boruto: Naruto the Movie. That is enough to wrap up the story of Naruto and Sasuke in the original series and to get familiar with the new characters. As of now, there are no talks for another Naruto or Boruto movie.

Next: Naruto’s Most Powerful Villains Actually Made The Show Worse


Marcelo Leite is a senior writer for Screen Rant with years of experience in creative and academic writing. Before starting working as a writer, Marcelo gave Mathematics and Physics lessons, both in private and public institutions. He started his professional life very young, as he was selected, during high school, to serve as a teacher in a tutoring program offered by one of the best universities in his state. Marcelo has also worked as a motivational speaker at the invitation of an institution of preparatory courses as a consequence of his school results and success in some of the most competitive entrance exams in his country. He has lived in three different cities, all to pursue the best education he could have. Although his chosen field was structure engineering, there is nothing Marcelo likes better than writing about the things he loves. That includes Marvel and DC superheroes, non-linear movies, fast and furious cars, and a galaxy far, far away. 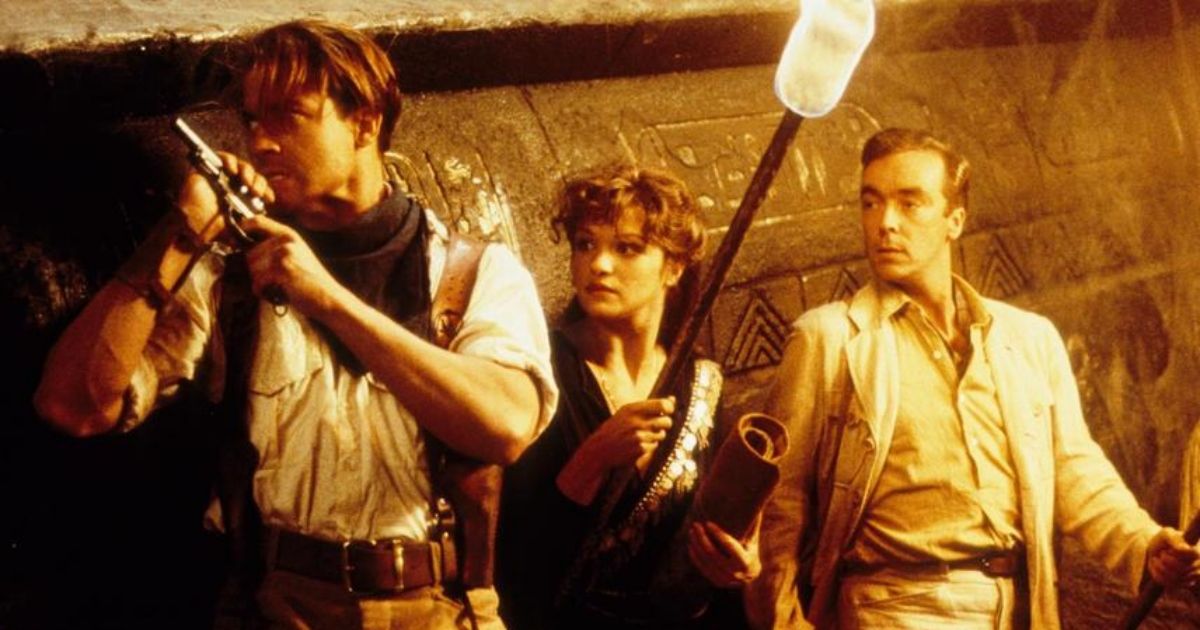 How to View and Clear Download History in Google Chrome

How Email Hosting Works and Why You Need It – Tech Guide

Chiefs Super Bowl history: When is the last time Kansas City made it to, won the Super Bowl? – NBC Sports