When is Chicago Med returning? Plot synopsis and release date ahead of long gap

Chicago Med has been on a halt for some time. Much like many other popular TV shows, Chicago Med has been off-air since January 19, 2022. Chicago Fire and Chicago PD have also been off the air. After a long wait, it has finally been confirmed that the show is returning on February 23, 2022, over a month after the last episode.

This delay is due to the Winter Olympics. Most TV shows have been affected by this. But unlike most other channels who are airing old episodes, NBC is covering the Olympics, and hence there have been no episodes of the One Chicago series airing over the past few weeks.

NBC has released a few details about the upcoming episode of Chicago Med on their site. However, we have some insight into what the new episode may look like. Read on to find out.

Though the official site shows no synopsis or episode title as of now, NBC made a press release revealing the plot summary and the episode names for all three One Chicago shows. The medical drama went off air after a very intense episode involving an incident with Blake, played by Sarah Rafferty, and her entire surgical team.

For the upcoming episode, you’d expect the show to build on the momentum from the last. Looking at the synopsis, that does not feel like an impossibility. The official synopsis for Chicago Med season 7, episode 13 reads:

“Dylan and Archer diagnose a pregnant woman with a serious infection. Maggie receives shocking news. Will and Charles question an elderly patient’s Alzheimer’s diagnosis. In an effort to help a patient, Crockett takes a risk.”

It is pretty evident that the episode, titled Reality Leaves A Lot To Imagination, will be another episode full of drama and intense cases.

Check out the promo for the latest episode

NBC has released the promo for the upcoming episode of the show. 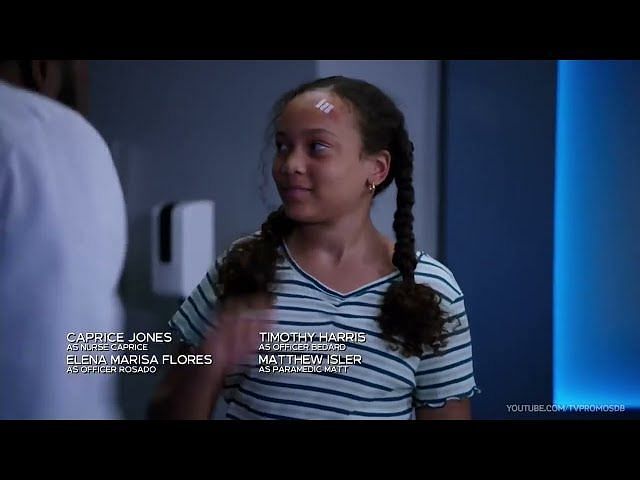 Though the promo was released long back, it had no episode title or synopsis along with it. With the logline out now, you can understand the promo better. In short, there is a lot to look forward to in the One Chicago series in the third week of February.

Slowly, more details are being revealed about the upcoming episode. The most recent revelation was Stevie Hammer’s appearance on the show in a guest role.

All things considered, this is well on its way to being one of the most interesting episodes for the series. Keep an eye out for more such details. Stay tuned for updates as the air date for One Chicago edges closer.