Travis Barker: The plane crash that nearly killed the drummer Travis Barker, who recently married Kourtney Kardashianwas the sole survivor of a horrific plane crash in which his friends died and he suffered severe burns and injuries.

Travis Barker, the drummer for the pop punk band Blink-182recently married his new wife Kourtney Kardashian in a lavish wedding in Italy.

The Kardashians are well-known for their lifestyle, with Kardashian/Jenner brand appearances taking place all over the world.

With vacations and shoots all over the world, being able to hop on a plane and appear on the other side of the globe is essential.

However, the most recent official member of the Kardashian family has a harrowing history with flying, having been unable to fly for more than a decade.

Travis Barker was a passenger on a plane that crashed in 2008, killing everyone on board except himself and one other passenger.

Travis Barker’s near-fatal accident from which he miraculously survived

According to information recalled by the British newspaper ‘The Mirror,’ Blink-182 drummer Travis Barker was on board a plane bound for Los Angeles when it crashed on September 19, 2008.

The private Learjet had taken off from Columbia, South Carolina, but never made it to its destination. The plane’s tires blew out on takeoff due to a loss of pressure.

The plane veered off the end of the runway and crashed into a fence before bursting into flames after aborting takeoff.

Three of Barker’s closest friends died in the horrific accident, and he was left with burns covering 65 percent of his body.

Barker and Adam ‘DJ AM’ Goldstein were able to exit the plane, but the famous drummer was covered in fuel, which caught fire.

Barker was forced to stop and roll to put out the flames after sliding down the wing to escape. As a result of the burns, he was on the verge of losing his foot.

Barker is now the sole survivor of that fateful day, as Adam died a year later from a drug overdose.

Travis Barker didn’t fly again for 13 years after his horrific 2008 accident. Then, in 2021, he posted a photo of himself and Kourtney Kardashian standing in front of a plane with the caption, “With you, anything is possible.”

Travis describes the horrific incident and the burns he received

Since then, Barker has spoken on 2019 UFC veteran Joe RoganExperience about the hell he experienced that day.

“When I jumped out of the emergency exit when the plane blew up, I was in such a hurry to get out of the plane that I jumped right into the plane, which is full of fuel.”

“My whole body lit up. I had jet fuel all over my body. I belched jet fuel for almost three months.”

When I jumped into the reactor…I started running…I was ripping my clothes off because that’s what my gut was telling me…but little did I know it was still burning because I was drenched in jet fuel.”

“My right foot almost didn’t make it. My shoes and socks got soaked the most.” chaos of sirens and such.”

“I got up, I hit the ground and I rolled, and the only thing that was still burning was my feet. So they were the ones that were on fire the longest.”

According to information obtained by ‘Mirror,’ he spent 11 weeks in the hospital after the accident, undergoing 27 different operations and skin grafts. “I spent four months in a hospital after my accident, receiving morphine every day,” said Travis.

“I was on so many medications in the hospital that I didn’t even realize my two friends had died.” I had no idea the pilots had died. “I had no recollection of anything,” Barker admitted.

For a long time, he was afflicted by the planes crash trauma

The accident’s horrors did not end that day, as the musician was tormented by the events for months afterward.

“Everyone, including the two pilots and my best friends, was in the hospital, I kept thinking. Until two weeks before I left, I thought everyone was in different rooms. After that, I went insane… I wasn’t in the best of moods. I was completely insane. He was suicidal in nature.”

“I did a lot of post-traumatic therapy when I was in the hospital to calm things down after the operation. Over time… I started to feel better. A lot of his tattoos burned off.”

It was a disaster. I had smoked so much weed and taken so many pills [before the accident] that I often woke up [during the operation]she continued.

“In about 11 of my 30 burn center surgeries, I woke up rocking with the doctors. They cut me open and it drove me crazy.”I was trying to get up from the table… I don’t think I knew what was going on, but they couldn’t enough medication to knock me out because I had been self-medicating for a long time and abusing medication. I woke up in the middle of anesthesia.”

Learning to walk again and being able to shower on my own again…were the good points that helped me turn around,” she said. 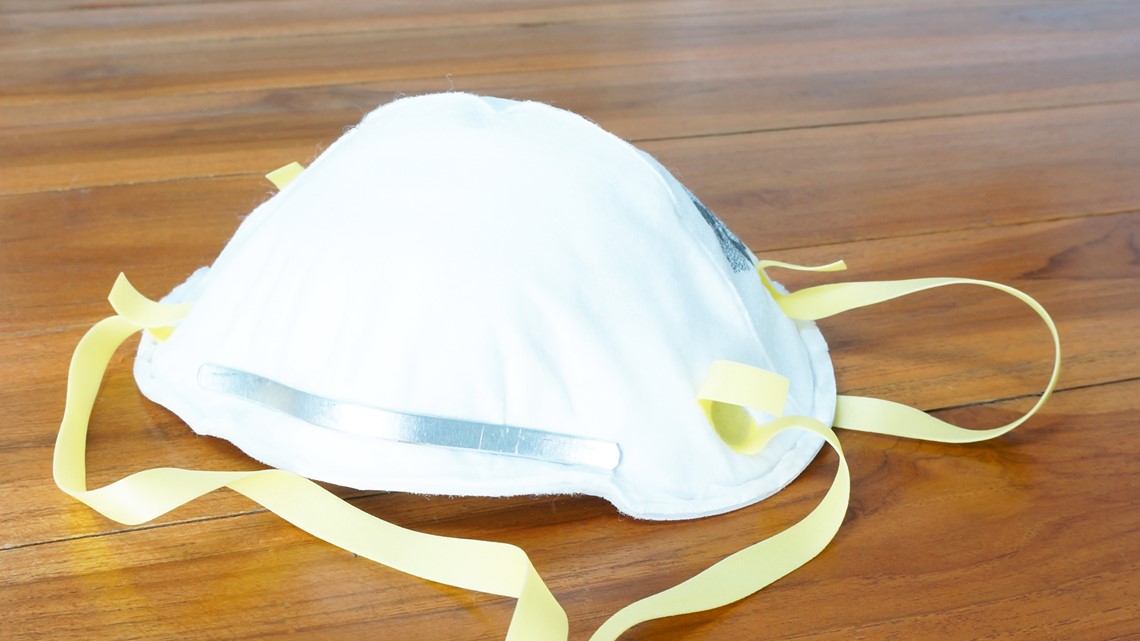 How to notice fake N95 masks