I think it is safe to say that Simon Pegg is the embodiment of every pop culture nerd’s dream come true. For instance, he was raised on the Star Wars movies and would go on to make a cameo in Star Wars: The Force Awakens and also loved the original Star Trek TV show as kid before he was offered the part of Scotty in the cinematic reboot. And, those are just a few of his space movies.

The British actor, comedian, writer, and producer has explored just about ever genre imaginable, and to consistently wonderful effect, on both the big screen and small screen. In fact, narrowing down the best Simon Pegg movies and TV shows is a task not for the faint of heart, but I think I managed to do it pretty well, along with a tip on how to watch them streaming, digitally rent, or physically purchase each title. We shall start with the brilliant comedy series that made him a household name…in the United Kingdom, at least.

A recently dumped young man (co-creator Simon Pegg) and his platonic female friend (co-creator Jessica Hynes, née Stevenson) pretend to be a couple in order to live in a flat that fits their demanding budgetary restrictions.

Why it is one of the best Simon Pegg TV shows: Simon Pegg officially launched his iconic working relationship with filmmaker Edgar Wright when he and Hynes asked him to direct Spaced – an award-winning, cult favorite comedy series that brilliantly subverts common, relatable sitcom tropes by cleverly incorporating recognizable genre conventions.

A recently dumped slacker (co-writer Simon Pegg) and his best friend and housemate (Nick Frost) try to save their loved ones when London becomes overrun with flesh-eating, reanimated corpses.

Why it is one of the best Simon Pegg movies: Speaking of Simon Pegg and Edgar Wright subverting sitcom tropes with genre conventions, that is essentially what they do with Shaun of the Dead, resulting in not just one of the best horror-comedy movies and most believable zombie movies, but the very first romantic comedy with zombies ever made.

Why it is one of the best Simon Pegg movies: Co-writer and director Edgar Wright and Simon Pegg strike fried gold once again with Hot Fuzz, which is not only renowned for its brilliant blend of comedy with over-the-top, gun-toting action, but Pegg’s earnest and heroic performance and Wright’s masterful visual storytelling.

An aging slacker (co-writer Simon Pegg) and his four childhood friends (including Nick Frost and Martin Freeman) unwittingly become the last hope for humanity when they reunite for an epic pub crawl on the night of a terrifying, apocalyptic invasion.

Why it is one of the best Simon Pegg movies: Co-writer and director Edgar Wright and Simon Pegg complete what has come to be known as the Cornetto Trilogy with the dazzling The World’s End – their own comedic interpretation of the sci-fi disaster thriller that also sees Pegg and Frost in a refreshing role reversal from the two previous installments.

A pair of British sci-fi fans (co-writers Simon Pegg and Nick Frost) touring the most famed UFO sightings in the United States cross paths with an actual extra-terrestrial (voiced by Seth Rogen) who has escaped Area 51 after decades of captivity.

Why it is one of the best Simon Pegg movies: A film that could have been the third installment of the Cornetto Trilogy, if not for Edgar Wright not being involved, was Paul – director Greg Mottola’s hilarious road trip movie that also offers a clever revisionist history of the alien invasion movie genre.

A group of amateur paranormal investigators who post videos on the internet of their adventures scoping out supposedly haunted areas come across a bizarre conspiracy that puts the fate of the world in their hands.

Why it is one of the best Simon Pegg TV shows: Simon Pegg and Nick Frost would later reunite on the small screen as both co-stars and co-creators of Truth Seekers – an Amazon Prime exclusive series basically made for X-Files fans, that offers a hilarious take on the phenomenon of ghost hunting reality shows.

Feeling vengeful toward the world’s celebrated costumed vigilantes after a devastating tragedy, an electronics store clerk (Jack Quaid) teams up with a former CIA operative (Karl Urban) and his ragtag team to expose corrupt and simply evil superheroes for who they really are.

Why it is one of the best Simon Pegg TV shows: Fun fact: for Garth Ennis’ original The Boys comic book series, Hughie Campbell was designed by illustrator Darick Robertson to look like Simon Pegg, which is why the then 49-year-old was cast as the character’s father on Eric Kripke’s viscerally brutal and powerfully sardonic TV series adaptation for Amazon Prime.

Stream The Boys on Amazon Prime.

A highly-skilled, daring agent for a top secret intelligence organization (Tom Cruise) finds himself going rogue and being forced to improvise his way through insurmountable obstacles for the sake of the world’s safety, with the help of his trusted crew.

Buy the Mission: Impossible movies on DVD/Blu-ray on Amazon.

The son of a dead space explorer (Chris Pine) leads the crew of the USS Enterprise against a malevolent extra-terrestrial race, a dangerous mole within their organization, and another ruthless enemy they find while stranded on an uncharted planet.

Why they are some of the best Simon Pegg movies: The second time J.J. Abrams cast Simon Pegg in a cinematic adaptation of a cult favorite 1960s television show was in the role of Montgomery “Scotty” Scott in his 2009 Star Trek reboot, which the actor would reprise in Star Trek Into Darkness in 2013 and in 2016’s Star Trek Beyond (which Pegg also co-wrote) to unanimous praise.

Buy the Star Trek movies on DVD/Blu-ray on Amazon.

A teenager (Tye Sheridan) who spends most of his time escaping the punishing reality of 2045 in an immersive virtual reality simulation, competes to gain control of the game before a corrupt corporate executive (Ben Mendelsohn) can claim it for himself.

Why it is one of the best Simon Pegg movies: Simon Pegg has also had the pleasure of working with director Steven Spielberg a number of times, most prominently in the role of OASIS co-creator Ogden Morrow in the Ready Player One cast in this thrilling and often foreboding blast of nostalgia inspired by Ernest Cline’s best-selling novel.

Hector And The Search For Happiness (2014)

After a psychiatrist (Simon Pegg) realizes that he can longer give his patients any honest solutions to their problems, he decides to travel the world and seek out what it truly means to be happy.

Why it is one of the best Simon Pegg movies: In one of his more down-to-earth films, Simon Pegg gives heartfelt performance in the title role of Hector and the Search for Happiness – an inspiring drama based on the novel by François Lelord.

Keep in mind, there will be more upcoming Simon Pegg movies to look forward to after this binge, such as his Mission: Impossible sequels and the animated movie, Hump. Speaking of animated movies about animals, you can also hear Pegg reprise his role as an adventurous, one-eyed weasel in the Ice Age Adventures of Buck Wild cast on Disney+. 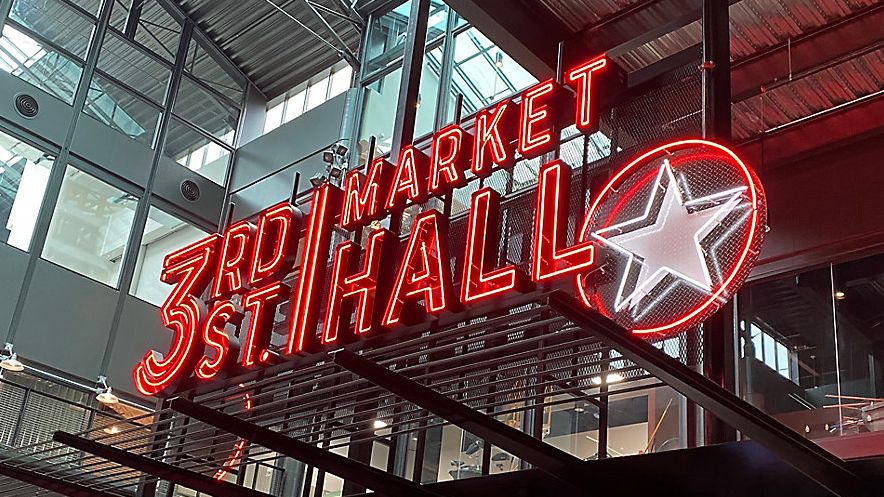 Who is leading the 2022 money race for Utah’s congressional seats?

How to spot Adult-Onset Food Allergies

Substack is laying off 14% of its staff.