Our series of articles with the best items for a certain hero continues with Crystal Maiden. This is one of the most legendary Dota 2 heroes in the game and classic support for PUB games. Crystal Maiden is often a part of many pro drafts, but she is definitely more popular among casual Dota 2 fans.

Unlike other heroes, CM can only be played as a position four or position five. Although her talents allow her to do a lot of damage (as long as she has the proper items), she is not a good core. With that being said, here are some of the best items for this hero.

Blink Dagger is an item in Dota 2 that works for numerous heroes, and CM is one of them. Although this is not one of the must-haves, it can do wonders, especially during the late game when the hero’s ultimate is capable of doing tons of damage.

Most people purchase Blink Dagger as a second or third item, but it can be bought later on. It is definitely not the first item you should go for because it does not give any stats. Furthermore, the item is relatively expensive for a support hero, which means it will take CM a while to farm it. The good news is that the hero can farm pretty fast, thanks to her ability called “Frostbite”.

If you have to have just one item while playing with Crystal Maiden, it should be Glimmer Cape. This item makes the hero a lot more dangerous at every stage of the game, especially later on. Besides providing her with magic resistance, she can use it on her or some of her allies to make them invisible for a couple of seconds. Needless to say, this makes the item incredibly strong.

Glimmer Cape is a must-have on almost every sport, and CM is no exception. Unlike a few other items on this list, Glimmer Cape is relatively cheap, which means that CM should be able to get it fairly easily.

The third item on this list is called Force Staff, and it is used on a wide range of Dota 2 heroes. Even though it is primarily purchased by support heroes, many cores also go for Force Staff because it provides a lot of mobility. What’s more, the item gives good stats for what it’s worth, making it good for most support heroes.

Crystal Maiden has a lot of advantages, but the hero is also incredibly slow. That’s why every item that gives her some kind of mobility is always worth it. It should be noted that most CM players do not have enough time to purchase Force Staff and Blink Dagger during the same game. In other words, people usually have to choose between one of the two items.

Black King Bar is a must-have for many Dota 2 heroes, so it shouldn’t come as a surprise that the item is good for CM as well. Unfortunately, BKB is expensive, and it doesn’t give her any of her main stats. This makes it a luxury item that most CM players can’t purchase unless the specific game is long.

The main advantage of using a BKB on CM is the fact she can freely cast her ultimate. Although some people underestimate it, Crystal Maiden can potentially kill the entire enemy team if they get hit by her ultimate, which means that BKB is important.

Like other heroes in Dota 2, CM’s Aghanim Scepter helps her become even more dangerous. Despite being a luxury item, many CM players purchase Aghs in the late game. It applies Freezing Field automatically to Frostbite on enemy heroes that stay under it for a couple of seconds. To put it another way; if you manage to cast a good Freezing Field after purchasing Aghanim’s Scepter, you can easily kill the entire enemy team in a matter of seconds.

The main downside of getting this item is the fact it is expensive. Don’t forget that Crystal Maiden is a support hero; which means she needs to help the core heroes in her team farm. That’s why most CM players rarely have the chance to get an Aghs.

This is an item that people purchase in tricky situations because it allows them to survive high burst damage. This is not an item that you want to get all the time because it may not be needed. However, CM is usually one of the first heroes to die during a teamfight; which means that Aeon Disc is usually worth it.

Apart from the item’s effect, Aeon Disc also provides mana and HP. Which makes it a good option for CM and every other support. The fact that it is 3000 gold makes it a luxury item that’s only accessible during the later stages of the game. After all, other items are more important to get.

The last item on this list that can help in several situations is called Ghost Scepter. This is definitely the most situational item on this list. Ghost Scepter only works well against heroes that do physical damage. When used, it turns CM into a “ghost” that takes more magical damage. In other words, using this item at the wrong time will have devastating consequences because CM can die in a couple of seconds.

Since Ghost Scepter is relatively cheap, players can purchase it early on. In some cases, the item is upgraded to Ethereal Blade, allowing CM to use it on allied or enemy heroes.

Looking for a Best Pink Laptop in 2022? Here's A Quick List For You To Choose From 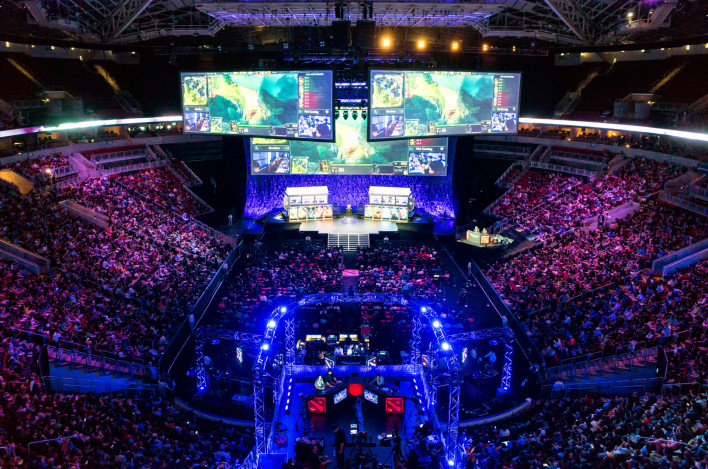