North American organization TSM FTX, known for their League of Legends team, has announced their entry into the NA Dota 2 scene picking up one of the best teams currently in the region. They released a video introducing the team as well as their facility to support the NA Dota 2 team. This is the best decision they have done since Team Undying has been performing well in their region and has a shot in entering The International 11 directly. Team Undying only have to beat Evil Geniuses, Quincy Crew, and 4 Zoomers to qualify for the world championship.

Team Undying formed this stack before the DPC 2021 season came and swiftly became one of NA’s top teams in Dota 2. The Dota 2 team consists of David “MoonMeander” Tan Boon Yang as their leader and Kim “DuBu” Doo-young, another veteran in the scene. Along with them are Enzo “Timado” Gianoli O’Connor, Jonathan “Bryle” Santos De Guia, and Jonáš “SabeRLight-” Volek, as known young guns of the team. Team Undying qualified for The International 10 with NA’s regionals and competed with no sponsors. They were just funded by their fans and their earnings during 2021 season. The team made it to 13th place, having a $600,300 take home for each of the players. Having picked up by a famous gaming organization, the team can now heavily focus on their games. They will not worry anymore about the team’s financial stability.

For the 2022 DPC season, Team Undying took second place finish in the Winter Tour with a score of 5-2. They lost to Quincy Crew’s 6-1 record with Quincy only losing to Evil Geniuses. When the Winter Major was called off, the Dota 2 community as well as professional teams were all disappointed. However Valve turned it into regional finals to make up for the loss of the Major. They will instead have a double elimination playoffs format between the top four teams of the region. They have a chance to earn take home prize money and DPC points. This can be an advantage or disadvantage to the teams as they know their well opponents in their regions.

Team Undying, now TSM FTX, will compete with the above mentioned teams on February 18 to 20. Teams will compete for $100,000 and 380 DPC points up for grabs at the NA Regional Finals 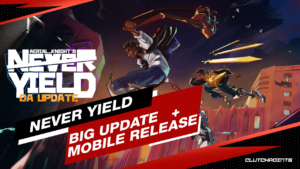