‘Taking the Voters Out of the Equation’: How the Parties Are Killing Competition

WASHINGTON — The number of competitive congressional districts is on track to dive near — and possibly below — the lowest level in at least three decades, as Republicans and Democrats draw new political maps designed to ensure that the vast majority of House races are over before the general election starts.

With two-thirds of the new boundaries set, mapmakers are on pace to draw fewer than 40 seats — out of 435 — that are considered competitive based on the 2020 presidential election results, according to a New York Times analysis of election data. Ten years ago that number was 73.

While the exact size of the battlefield is still emerging, the sharp decline of competition for House seats is the latest worrying sign of dysfunction in the American political system, which is already struggling with a scourge of misinformation and rising distrust in elections. Lack of competition in general elections can widen the ideological gulf between the parties, leading to hardened stalemates on legislation and voters’ alienation from the political process.

“The reduction of competitive seats is a tragedy,” said former Attorney General Eric H. Holder Jr., who is chairman of the National Democratic Redistricting Committee. “We end up with gridlock, we end up with no progress and we end up with a population looking at our legislatures and having this feeling that nothing gets done.” He added: “This gridlock leads to cynicism about this whole process.”

Both Republicans and Democrats are responsible for adding to the tally of safe seats. Over decades, the parties have deftly used the redistricting process to create districts dominated by voters from one party or to bolster incumbents.

It’s not yet clear which party will ultimately benefit more from this year’s bumper crop of safe seats, or whether President Biden’s sagging approval ratings might endanger Democrats whose districts haven’t been considered competitive. Republicans control the mapmaking for more than twice as many districts as Democrats, leaving many in the G.O.P. to believe that the party can take back the House majority after four years of Democratic control largely by drawing favorable seats.

But Democrats have used their power to gerrymander more aggressively than expected. In New York, for example, the Democratic-controlled Legislature on Wednesday approved a map that gives the party a strong chance of flipping as many as three House seats currently held by Republicans.

That has left Republicans and Democrats essentially at a draw, with two big outstanding unknowns: Florida’s 28 seats, increasingly the subject of Republican infighting, are still unsettled and several court cases in other states could send lawmakers back to the drawing board.

“Democrats in New York are gerrymandering like the House depends on it,” said Adam Kincaid, the executive director of the National Republican Redistricting Trust, the party’s main mapmaking organization. “Republican legislators shouldn’t be afraid to legally press their political advantage where they have control.”

New York’s new map doesn’t just set Democrats up to win more seats, it also eliminates competitive districts. In 2020, there were four districts where Mr. Biden and former President Donald J. Trump were within five percentage points. There are none in the new map. Even the reconfigured district that stretches from Republican-dominated Staten Island to Democratic neighborhoods in Brooklyn is now, at least on paper, friendly territory for Democrats.

Without that competition from outside the party, many politicians are beginning to see the biggest threat to their careers as coming from within.

“When I was a member of Congress, most members woke up concerned about a general election,” said former Representative Steve Israel of New York, who led the House Democrats’ campaign committee during the last redistricting cycle. “Now they wake up worried about a primary opponent.”

Mr. Israel, who left Congress in 2017 and now owns a bookstore on Long Island, recalled Republicans telling him they would like to vote for Democratic priorities like gun control but feared a backlash from their party’s base. House Democrats, Mr. Israel said, would like to address issues such as Social Security and Medicare reform, but understand that doing so would draw a robust primary challenge from the party’s left wing.

Republicans argue that redistricting isn’t destiny: The political climate matters, and more races will become competitive if inflation, the lingering pandemic or other issues continue to sour voters on Democratic leadership.

But the far greater number of districts drawn to be overwhelmingly safe for one party is likely to limit how many seats will flip — even in a so-called wave election.

“The parties are contributing to more and more single-party districts and taking the voters out of the equation,” said former Representative Tom Davis, who led the House Republicans’ campaign arm during the 2001 redistricting cycle. “November becomes a constitutional formality.”

In the 29 states where maps have been completed and not thrown out by courts, there are just 22 districts that either Mr. Biden or Mr. Trump won by five percentage points or less, according to data from the Brennan Center for Justice, a research institute.

By this point in the 2012 redistricting cycle, there were 44 districts defined as competitive based on the previous presidential election results. In the 1992 election, the margin between Bill Clinton and George H.W. Bush was within five points in 108 congressional districts.

The phenomenon of parties using redistricting to gain an edge is as old as the republic itself, but it has escalated in recent decades with more sophisticated technology and more detailed data about voter behavior. Americans with similar political views have clustered in distinct areas — Republicans in rural and exurban areas, Democrats in cities and inner suburbs. It’s a pattern that can make it difficult to draw cohesive, competitive districts.

No state has quashed competition ahead of the midterm elections like Texas. In the 2020 election, there were 12 competitive districts in the state. After redistricting, there is only one.

What is redistricting? It’s the redrawing of the boundaries of congressional and state legislative districts. It happens every 10 years, after the census, to reflect changes in population.

How does it work? The census dictates how many seats in Congress each state will get. Mapmakers then work to ensure that a state’s districts all have roughly the same number of residents, to ensure equal representation in the House.

Who draws the new maps? Each state has its own process. Eleven states leave the mapmaking to an outside panel. But most — 39 states — have state lawmakers draw the new maps for Congress.

If state legislators can draw their own districts, won’t they be biased? Yes. Partisan mapmakers often move district lines — subtly or egregiously — to cluster voters in a way that advances a political goal. This is called gerrymandering.

Is gerrymandering legal? Yes and no. In 2019, the Supreme Court ruled that the federal courts have no role to play in blocking partisan gerrymanders. However, the court left intact parts of the Voting Rights Act that prohibit racial or ethnic gerrymandering.

Though Mr. Trump won 52 percent of the vote in Texas in 2020, Republicans are expected to win roughly 65 percent — 24 of the state’s 38 congressional seats. (Texas gained two seats in the reapportionment after the 2020 census.)

The Texas state legislators who control redistricting shored up Republican incumbents including Representatives Dan Crenshaw, Beth Van Duyne and Michael McCaul, but in doing so also drew safer districts for Democrats such as Representatives Colin Allred and Lizzie Fletcher.

Democrats did the same where they could. Oregon legislators took the state’s competitive Fourth District and turned it into a seat that strongly favors their party.

The change was so dramatic that Representative Peter DeFazio, an 18-term Democrat, told reporters last year that he chose to retire because the district is now “winnable by another Democrat.”

“Competitive districts benefit all of us,” said Shelly Boshart Davis, an Oregon state representative who was the former Republican co-chairwoman of the state House’s redistricting committee. “We hear voters that feel marginalized all the time, that say, ‘I don’t feel my voice gets heard.’”

A lack of competition has unintended consequences. Without a competitive race at the congressional level, local parties are deprived of an infusion of money and organizing. Candidates for governor or Senate don’t benefit from being able to piggyback on the energy and activity at the local level.

“Anybody running statewide has to pull the wagon entirely themselves because you don’t have competitive races going on locally,” said Matt Angle, a Democratic activist in Texas.

It can sometimes take years to see the full impact of eliminating a competitive district.

Ten years ago, North Carolina Republicans took a battleground district in the state’s western tip and, by slicing off a piece of the liberal city of Asheville, turned it into a district that John McCain would have carried by 18 points in the 2008 presidential election. The incumbent centrist Democrat, Heath Shuler, retired rather than seek re-election in a district he had little shot at winning.

He was replaced by Mark Meadows, who went on to be a founding member of the right-wing House Freedom Caucus before becoming the last White House chief of staff for Mr. Trump and a central figure in Mr. Trump’s campaign to overturn the 2020 presidential election.

What is Datasaurus Dozen and its relevancy in data science 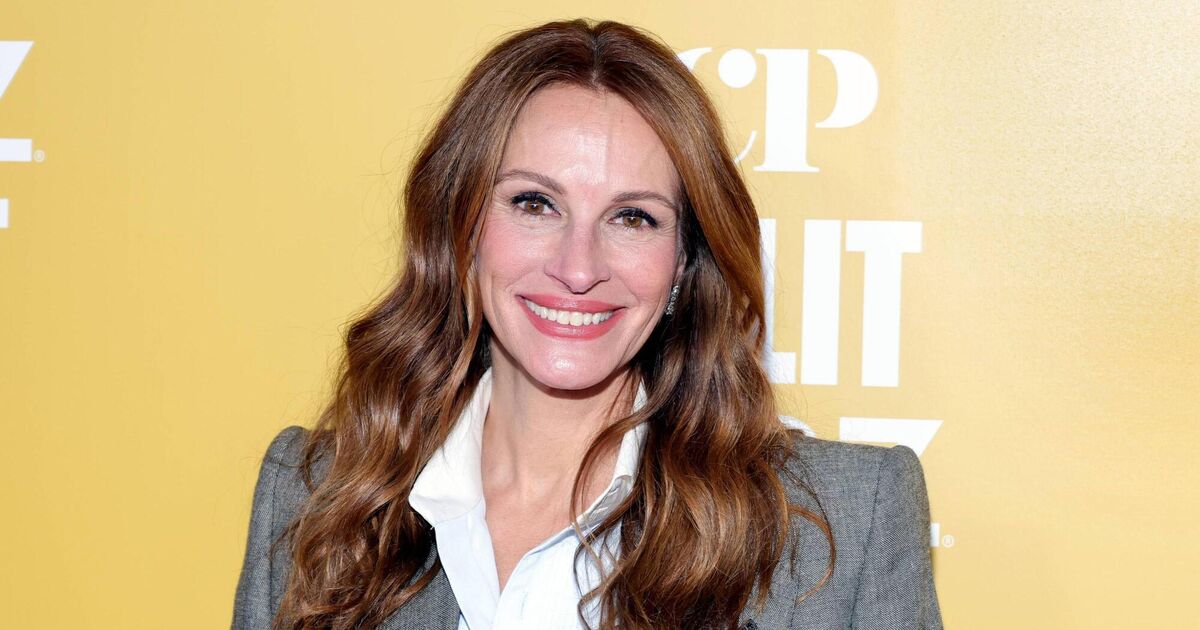 Homebird Julia Roberts back among friends and in the limelight again

What is the Suisse secrets leak and why are we publishing it? | Credit Suisse