Shell, the Oil Giant, Will Sell Renewable Energy to Texans

HOUSTON — Shell said on Tuesday that it would begin selling electricity generated from renewable sources to residents and businesses in Texas, a move that brings the European oil company’s shift to green energy to the US market.

The announcement underscores a widening gulf between the strategies of European and US oil companies as elected leaders and consumers demand that the energy industry do more to tackle climate change. European businesses including Shell, BP and TotalEnergies are seeking to expand into renewable energy, electric vehicle charging and other fast-growing businesses as US companies like Exxon Mobil and Chevron mostly keep their focus on oil and gas while investing in capturing carbon from industrial plants and biofuels.

Shell, which already has electricity businesses in nine countries, plans to double the amount of electricity it sells by 2030. The company, which is based in London, is Europe’s largest oil and gas business by revenue and has operations in more than 70 countries, including gas stations, refineries and oil and gas fields.

The company has said it aims to reach net-zero emissions of greenhouse gases by 2050. While many businesses have the same target, Exxon and Chevron have not set similarly ambitious climate goals.

Executives at Shell said its new power business in Texas would offer customers greater access to the wind and solar power that is increasingly abundant in the state. It will also give drivers of electric vehicles free charging at night, when demand for electricity is low, and on weekends.

“Our aim is to lower our carbon intensity,” said Glenn Wright, vice president of renewables and energy solutions for Shell in the Americas. “We have to make tangible steps, especially in this space, where we can engage customers with renewable, cleaner energy solutions.”

Shell said it would eventually expand its retail electricity business to other parts of the United States, including Eastern and Southern states that are part of the PJM energy market, the nation’s largest regional transmission system. The company said starting in Texas made sense because more than 26 million of the state’s nearly 29 million residents were served by a single grid operated by the Electric Reliability Council of Texas.

Europe’s Shift Away From Fossil Fuels

The European Union has begun a transition to greener forms of energy. But financial and geopolitical considerations could complicate the efforts.

About a dozen states — many of them in the Northeast — and the District of Columbia have competitive retail electricity markets. Though relatively few individuals have taken advantage of the competitive markets, the Department of Energy has found that a large majority of industrial and commercial customers have switched from the incumbent utility in their area.

Texas and New Jersey have benefited most from lower prices in competitive retail markets. Texas has the most competitive electricity market in the country, according to the National Renewable Energy Laboratory.

Many people and businesses that turn to competitive markets tend to pick companies that offer renewable energy like solar, wind and hydroelectric power. Large technology companies that operate power-hungry data centers have led the push for green energy.

Other large European oil companies have also sought to expand into the power business. TotalEnergies of France said last month that it was buying a 50 percent stake in Clearway Energy, a US wind and solar power company, for $2.4 billion.

“It’s a significant, serious move but also not a surprise,” Michael Webber, a professor of mechanical engineering at the University of Texas at Austin, said about Shell’s plans. “They can see the future as well as anyone, and they are not in denial about climate change.”

Shell’s investments in clean energy are small relative to the company’s oil and gas operation, but executives have said they plan to use some of its fossil fuel profits to establish new businesses with climate change in mind.

Shell hopes to attract customers by offering incentives. Homeowners with solar panels will be credited the retail electricity rate for the excess power they send to the grid that residents pay utilities for power. In Texas, compensation for power that consumers send to the grid varies. Some utilities offer consumers lower, wholesale prices while others provide the higher, retail rate that Shell is promising.

“This is a huge growth opportunity, and there is going to be competition between oil companies like Shell that are pivoting and the tech companies like Tesla, Google and Apple,” said Amy Myers Jaffe, managing director at the Climate Policy Lab at the Tufts Fletcher School of Law and Diplomacy. “The irony is it should be coming from existing utilities, but generally speaking they have been very resistant.”

Consumers who buy electricity from Shell will receive fixed prices for the life of their contract — as little as six months or as long as five years. The company will acquire the energy it sells to customers from wind and solar installations around Texas.

Shell’s shift includes expanding investments in renewable energy, power trading and electric vehicle charging stations. In recent years, Shell has acquired a power company in India that supplies solar and wind power, bought a wind farm developer in Australia, and invested in a partnership with a Chinese company to develop charging stations in Asia and Europe. In Germany it acquired a battery supplier that develops its own power networks in competition with established utilities. In the United States, it is building hydrogen fueling stations, owns wind farms and bought an energy trading company that sells power to businesses.

Despite its investments in renewable energy, some critics have argued that Shell is not moving fast enough. In a case brought by an environmental group, a court in the Netherlands last year ordered the company, formerly known as Royal Dutch Shell, to cut its emissions substantially to compensate for its role in climate change.

Shell has said that it will appeal the ruling and that it takes climate change seriously. The company has pledged to reduce its oil output and cut its carbon dioxide emissions in half by 2030. It sold off its oil fields in the Permian basin straddling Texas and New Mexico last year for $9.5 billion, most of which it paid out to shareholders in dividends and share buybacks.

The company’s emissions of carbon dioxide relative to its energy production, or its carbon intensity, has fallen only modestly in recent years, according to an annual sustainability report. Shell’s carbon intensity went up in 2021 after a sharp drop in 2020 when pandemic drove down demand for fossil fuels.

Mr. Wright, the Shell executive, said the company was aiming to become a more diversified energy business. “We are an energy firm,” he said. “So we are not leaving oil and gas, but we are changing the portfolio mix.” 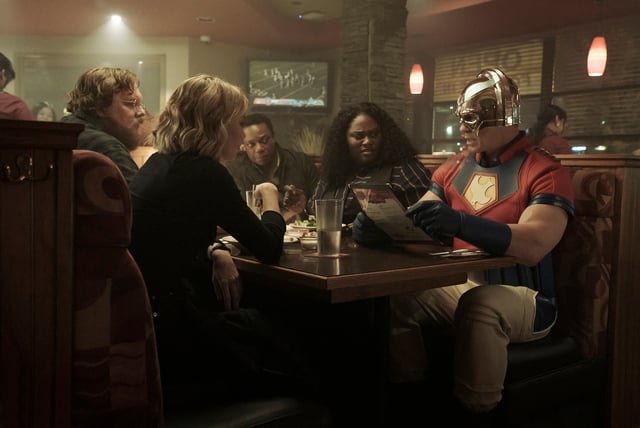