The biggest stars on the U.S. women’s national team have accused the U.S. Soccer Federation of having “failed to do the bare minimum” and “willful inaction” in protecting players from abusive coaches in a letter released on Wednesday.

“USSF had the obligation to protect its players — yet it stood by as abuse continued to occur unchecked,” the players said in the letter provided to ESPN. “For starters, USSF should have immediately removed coaching licenses from abusers. Instead, USSF allowed those individuals to coach while saying it would investigate. USSF failed to do the bare minimum — to keep us and the young girls who play in the youth leagues safe.”

The players added: “We suffered so that you could protect your bottom line.”

The letter, signed by Megan Rapinoe, Alex Morgan, Carli Lloyd and other veteran players on the USWNT, comes after multiple reports of sexual and emotional abuse from National Women’s Soccer League coaches who had been flagged to the federation but still were allowed to keep coaching.

U.S. Soccer founded the NWSL and managed it up until last year, and oversees the licensing of all youth and professional coaches in the United States. The letter was sent to current U.S. Soccer president Cindy Parlow Cone and former president Carlos Cordeiro, who is running against Parlow Cone for the presidency in an election next month.

On Tuesday, the Washington Post reported that former Chicago Red Stars coach Rory Dames had groomed teenagers for sex when he was a youth coach and one player reported his advances to police in 1998. Dames later went on to coach for the Red Stars in the NWSL, and in 2018 USWNT striker Christen Press filed a formal complaint to U.S. Soccer alleging emotionally abusive behavior from Dames.

The federation did not suspend his coaching license or remove him from the league after the complaint in 2018. Dames resigned as coach of the Red Stars in November after the Post found out about the complaint and spoke to NWSL players who also alleged abusive behavior.

“The allegations documented in The Washington Post on Tuesday — of systemic, egregious, and horrifying abuse of young girls by their soccer coaches — are sickening,” said the letter, which Press also signed. “But what is worse is that this is yet another instance where the willful inaction of USSF’s leadership jeopardized the health and safety of its players.

“Over the years, while we played on the USWNT and in the National Women’s Soccer League, many of us reported to USSF instances where, as adults, we experienced abusive conduct by our coaches. Now we have learned that this abusive treatment also was repeatedly reported by minors and that USSF failed to respond to protect these young players. That is utterly disheartening.”

The revelations about Dames’ past follow the shocking public allegations in September that two former Portland Thorns players had been sexually harassed and coerced by former coach Paul Riley while they played under him in the NWSL. One player filed a formal complaint with the Thorns front office, but he was allowed to keep coaching in the NWSL. The Thorns said they would investigate how they handled the complaint, but they ended the investigation last month without interviewing any players.

U.S. Soccer said it was launching its own independent investigation run by former acting attorney general Sally Yates, which remains ongoing. The players in their letter Wednesday demanded the results of that investigation, as well as “full transparency and accountability.”

“Last year, many of our colleagues courageously spoke out about the verbal, emotional, and physical abuse they suffered during their time in the NWSL,” the letter said. “Their bravery sparked an important reckoning and reflection in our sport, both here and abroad. But these players never should have had to turn to the press to protect themselves and future generations.

“We are writing to you today, on behalf of thousands of little girls across our country who play in the youth leagues, to demand full transparency and accountability in addressing these systemic problems. Where are the results of the investigation that you are spending USSF time and resources conducting?

“Has the investigation being conducted by Ms. Yates yielded any of this information that players are forced to report to media because you have not released the information or taken any action related to it? Do players experience fear of continued reprisals and retribution from USSF? Most importantly, what steps will you take to make sure that every girl and woman can play soccer safely in the USSF and the NWSL?”

The players added: “We demand that USSF release the full findings of its investigation in a timely manner and commit to enacting meaningful institutional reforms to protect players. We will not stop fighting until we can ensure that this sport is safe for ourselves, for our daughters, and for every little girl who cheers us on and dreams of one day playing the sport we all love.”

In a statement sent to ESPN on Tuesday, a spokesman for U.S. Soccer said the federation’s “new leadership” of Parlow Cone and CEO Will Wilson, who both took charge in 2020, was waiting for a report from Yates.

“We share the concerns from the USWNT players about allegations of abusive behavior and sexual misconduct,” the federation statement said.

“U.S. Soccer’s new leadership is focused on creating a safe space for all athletes who love this sport to learn, grow and compete, which is why we took the important step of retaining former U.S. attorney and deputy attorney general of the United States Sally Q. Yates to conduct an independent investigation and have given her full autonomy, access and the necessary resources to follow the facts and evidence wherever they may lead.

“We are looking forward to the report from Ms. Yates and her team, and are committed to making those findings public.”

Cordeiro, who was president of U.S. Soccer at the time Press filed her complaint about Dames, said in a statement provided to ESPN that he will respond to the players.

“The allegations of sexual harassment and abuse are horrific and have no place in soccer,” his statement said. “I learned about these allegations from The Washington Post article in November 2021. I received the letter from the women’s players today, and I’m in the process of responding to it.

“Everyone — especially the players who have been mistreated, abused and traumatized — deserve the results of the Sally Yates investigation as soon as possible. But U.S. Soccer doesn’t have to wait for the investigation to act. I agree with our women’s players that U.S. Soccer should take immediate actions to make sure that all players are protected and nothing like this ever happens again.”

Cordeiro stepped down from his position at the helm of U.S. Soccer in 2020 amid public backlash and sponsor pressure after U.S. Soccer used sexist arguments to defend itself in the equal pay lawsuit filed by USWNT players. He announced his intention to run for the position again last month against Parlow Cone, and the election will be held in Atlanta, Georgia at U.S. Soccer annual general meeting.

The players in the letter cited promises from both Parlow Cone and Cordeiro to move the federation forward, but the players — who include Crystal Dunn, Tobin Heath and Becky Sauerbrunn — said that’s not possible without accountability.

“In both of your campaign platforms to be re-elected as presidents of USSF, you discussed the need to look forward, not back,” the players said. “But without true accountability for the past, there is no promising future. For years, you allowed coaches and owners to rampantly abuse players.

“This unchecked and unpunished power endangered the safety, well-being, and careers of far too many women and girls. We suffered so that you could protect your bottom line. To rebuild the trust of players, fans, and sponsors — to move forward — USSF must show that it is serious about change.”

What is the 'act like you know' TikTok trend? 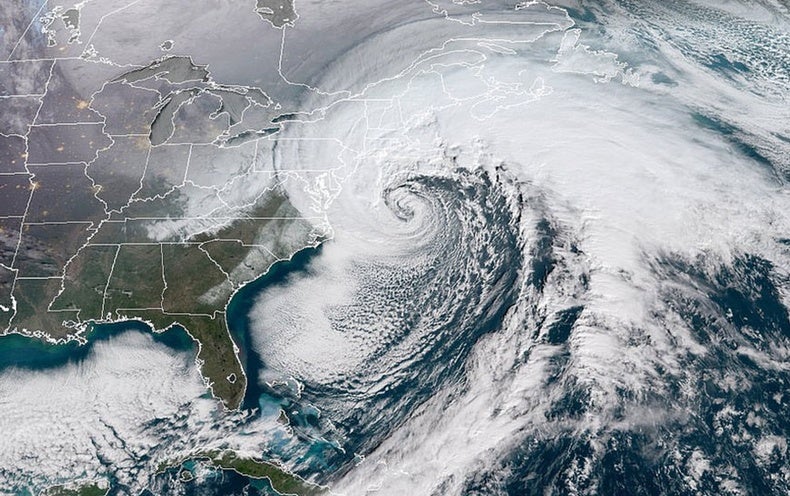 What Is a Bomb Cyclone?