Publish and be canceled | Capel Lofft | The Critic Magazine

Why do publishers publish the books they do? The answer seems obvious: they publish what they think will sell because they have to make money, unless they have the luxury of being some heavily subsidised university press, or a publisher of poetry (“the invisible link that connects literature and poverty”, to adapt Hazlitt). Most will, to some degree, specialize in certain areas — be it in terms of subject matter, type of book or both — because one needs to know a market well and establish one’s presence in that market before one can realistically expect to make money, or at least keep afloat.

Ultimately, however, that is really no answer. Inevitably, the personal interests, contacts, judgement and worldview of the editors and publishers involved will be the most fundamental factors that shape the output of a publisher, even if commercial considerations always remain a limiting factor.

Any press needs its share of bestsellers, but it’s far from unknown for publishers to take on individual books that they calculate are likely to lose them money, or at least are unlikely to be very profitable, for a whole number of reasons: perceived prestige or reputational enhancement, personal commitment to a cause, whimsy — and so on. Certainly, a pure, abstract desire to make money is not the major factor (if riches beyond the dreams of avarice are one’s aim, then publishing will be a life-long disappointment).

My red lines were simply: is this interesting? Is it engaging and well-written?

Some publishers take this to an explicit, logical conclusion. Verso, to take an obvious example, although not altogether free from such vulgar capitalist sentiments as a desire to make money, is driven by a cause, and a pretty narrow one at that. Certainly, it’s only a testament to intellectual diversity if you think that the political spectrum ranges from Stalinism to Trotskyism, but to be fair, that’s its purpose: to publish tedious Marxist jargonistas and barely intelligible poststructuralist obscurantists for the edification of pretentious grad students and blue -haired pseudos everywhere.

Such publishers have their place, but they are only ever going to be a small part of the overall ecosystem. Many of us are attached — perhaps sentimentally — to the idea of ​​reasonably broad-based publishers who, in their chosen area, are prepared to publish a wide range of opinions, balancing the various interests, views and passions of a variety of editors to produce a genuinely intellectually diverse list. In my time in publishing, I have commissioned and edited books by people who, frankly, I thought were bonkers, or at least very, very wrong. I have published open-borders ideologues, unreconstructed Marxists, people who think that animals should be allowed to vote, anarchists, naked protestors, ,last Japanese soldier in the jungle,-style Blairites: the whole gamut. My old firm published books by Lacan, despite the fact that only precisely one employee understood a word that the mad old dear was on about.

Given that publishers, unless they are stultifyingly dull intellectual monocultures, are likely to contain people with a range of interests, outlooks and backgrounds (or at least one hopes so), this diversity of output will be — or at least should be — somewhat pleasingly haphazard. Sometimes individual editors themselves might build a list containing a bewildering variety of different, indeed contradictory, outlooks, let alone whole publishing houses.

At my last publishing firm, as well as the anarchists and animal-suffrage advocates, I also published people I had far more time for personally: old-school blue collar social democrats, catholic integralists, former Tory SPADs, Lexiteers. My red lines were simply: is this interesting? Is it engaging and well-written? Is there a legitimate and intellectually credible line of argument being put forward, even if I think it’s totally wrong? And, crucially, is anybody going to want to buy it? I like to think that even authors I radically disagreed with thought I was fair, if blunt. I think that many didn’t realize what my opinions actually were (which was probably for the best).

How dare “her” publisher defy her views!

There are, however, a growing number of people who do not see publishing in this way. In the same way as an unbending sans culottes activist had no time for the Burkean theory of representation, seeing mature deliberation and independent judgement as a mere cloak for aristocratic fidgey-widginess and double-crossing, these individuals are advocates of publications of the delegate theory of : publishers are, they think, mere empty vehicles for their own views, who can be ceremoniously dumped if they dare to depart from whatever the latest bit of groupthink is doing the rounds among the Paris sections this week.

Take, for example, trans-rights activist and sociologist Alison Phipps. Bravely shaking the foundations of the late capitalist status quo by means of viciously attacking feminists campaigning against domestic violence is her jam, and Alison is furious that Polity — my old publisher — is (to its credit) publishing a book called Defending Women’s Spaces by Karen Ingala Smith, a gender critical feminist. Alison’s fury is compounded by the fact that she has published with Polity before. How dare “her” publisher defy her views! Don’t they realize that they should be submitting to her political opinions on every issue without question? The confounded cheek of it!

So in protest she has decided, in news that is surely a devastating blow to Polity’s entire business model and editorial operation, that she will boycott the firm, refuse to write or review for them again, and donate any royalties from her previous book to a trans-rights charity. Despite the heavy blow that losing the author of The Politics of the Body: Gender in a Neoliberal and Neoconservative Age and Decolonizing Multilingualism will represent to the bottom line, I have a feeling that Polity will treat this outburst with stolid and silent indifference.

It is difficult to know what is more unfortunate here: Phipps’ attempts to delegitimise perfectly mainstream views that she disagrees with, or her hubristic belief that she should have an ideological veto over the editorial policy of a press that happens to have published a book by her in the past. One might have thought that the fact that Polity’s slogan is “Independent Thinking” might have given her a clue about their approach — but then again, there is no accounting for ideological derangement.

The more fundamental issue here is this. Do we want the whole of publishing balkanised into ideologically homogeneous firms that do nothing other than uncritically follow a political line dictated to them by their authors (and perhaps also their younger employees)? Do we want publishers to give up their judgement, their intellectual diversity, and indeed their commercial freedom, in order to simply tamely reproduce the groupthink of a tiny and unrepresentative section of society? The answer, surely, is no, in the same way that Burke argued that a Member of Parliament should not sacrifice his “unbiased opinion, his mature judgement, his enlightened conscience” to any man, including his electors.

The harsh reality is that since this is increasingly the way that things are going, those who dissent from progressive orthodoxies have little choice but to try to stake out their own outlets and publishers. But the mature judgement and intellectual independence of publishers is an important principle, as is the ideal of the broad-based, intellectually diverse press helping to maintain a balanced and broad arena of public debate. Publishers are not — or should not be — like Jacobin deputies, compelled by their own beady-eyed followers to only publish modish propaganda (“Make Intersectionality the Order of the Day!”).

Without maintaining their freedom of action and editorial independence, they lose their ability to carry out their entire purpose: to select, edit and publish the best, most intellectually compelling, and most entertaining books, from all different perspectives, for the edification of the public , the broadening of public debate, and the annoyance of petty little totalitarians everywhere.

For that reason, three cheers for Polity. 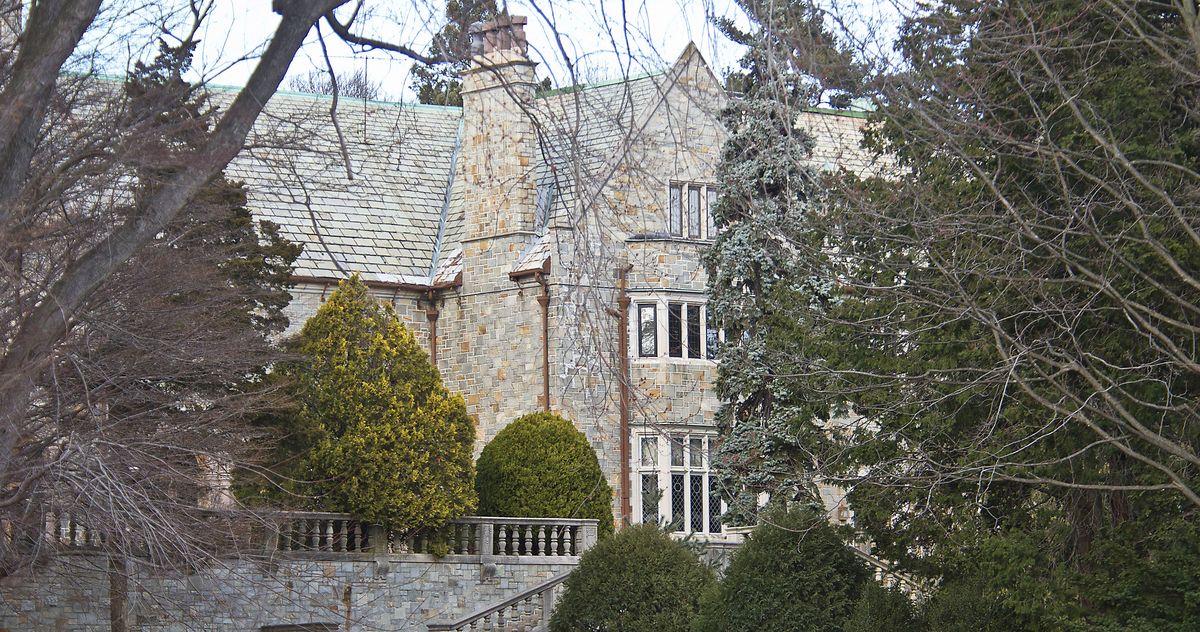 What Is Killenworth, the Russian-Owned Long Island Mansion?