As the dust settles during this NFL firing cycle, there are no fewer than seven head coaching vacancies and three open spots for general managers across the league.Diversity and inclusion has been a key point for the league office in recent years, and NFL executives I spoke with this week are hopeful that the emphasis they’ve placed on diversity will translate to more opportunities for minority candidates this cycle after disappointments in previous years.”I have expectations where yes, I expect different results. Why? I put my player cap on. Because the work’s been put in,” Troy Vincent, the NFL’s EVP of football operations, tells me by phone Wednesday. “Since the ending of the last hiring cycle we’ve put the work in together: from identifying people, to developing individuals, to enhancements in policies, to marketing, clubs working together making sure the [prospective hires] are getting the right TV time. We’ve put the work in.”There’s an expectation to deliver. I’m expecting for the clubs that are hiring to do the right thing for the right reasons because we put the work in.”

Stop me if you’ve heard this before, but yes, the league is optimistic that this hiring cycle will be different. That, of course, was the hope last year before just two of the seven head coaching jobs went to men of color and three of the seven GM positions.Now that Brian Flores has been fired after consecutive winning seasons and David Culley canned after an overachieving first year in Houston, there are three minority head coaches in the NFL. Mike Tomlin is the lone Black head coach.(I want to be fair to those quoted in this piece. We conducted this interview Wednesday morning before Culley was fired. The questions, and perhaps their responses, would have been much different if the interview took place once the league was down to one Black head coach. I know people in the NFL league office are beyond stressed that they’ll face a hiring cycle that promotes white men and sees the number of Black executives and head coaches dwindle.)

The work that Vincent is referring to involves the league requiring teams to both report their organizational structure at the start of each regular season and report all interviews for top-level positions to the league office. The emphasis at every league meeting on diversity and inclusion, as well as the league getting more involved with the Fritz Pollard Alliance, were evidence of this work.Another adjustment was made to the league’s anti-tampering policy that allowed teams to interview coaches on other teams for their vacant head coach position in the final two weeks of the regular season. Only the Jaguars attempted this, and the rule change wasn’t extended to GM candidates. (Sources I spoke to around the league found that curious, and I feel that should change moving forward if the league wants it to be effective. Giants co-owner John Mara explained Wednesday there was no motivation from moving on from now-retired GM Dave Gettleman because they couldn’t interview the candidates they wanted.)On Wednesday, Vincent sent a note to hiring clubs to remind them of the database of coaches and personnel staffers the league keeps. There are 5,177 coaches and personnel in the system, including 3,798 minorities. His message: take your time, search the talent pool.

“I think what I’ve been pleased to see is we’re starting to see some of the incredible talent that we have, the pipeline that we have for head coach and GM candidates, whether they’re former and emerging candidates,” says Jonathan Beane, the league’s chief diversity and inclusion officer. “They’re starting to get that attention by the media. They are being identified by the clubs early. And they’re aggressively being pursued as you can see by the list of candidates that are slated to interview for these roles. I feel really good about the positioning and the opportunities that are going to be provided to be able to compete.”As of Wednesday, Vincent was encouraged by the wide net teams had cast in their searches (mostly for GMs.) The optimism displayed by Vincent and Beane hasn’t been shared by Black coaches and personnel I’ve spoken with, though. At best, they’re holding their collective breath that this year will be different. But they see that a league that’s 70% Black has just one Black head coach now, and winning in Miami or overachieving in Houston in an impossible situation isn’t good enough.All these adjustments the league office has overseen won’t be worth much if teams violate the spirit and don’t emphasize a fair and balanced interviewing process. I asked Vincent if the league will actually enforce the consequences on the books if teams violate the spirit of the Rooney Rule.

“We’ve got to have teeth. We began that,” Vincent said, referring to the reporting structure from teams to the league office. “What’s football currency? Draft picks, club fines. So we are constantly monitoring.”Will Watson stay?Deshaun Watson is under contract to play for the Texans. Houston will look closely at Flores to be their head coach. Watson reportedly has a strong affinity for Flores. I can report Pep Hamilton, the previous QBs coach, will be strongly considered for the offensive coordinator job there, per source.So will Watson stay in Houston?It’s too early to say. The feelings are still very frayed. Watson didn’t appreciate how ownership handled the hiring cycle last year, and I don’t get the sense he has a good relationship with GM Nick Caserio or Texans executive Jack Easterby.

Stay tuned in Houston.QB carouselDespite what some coaches and GMs want you to believe, the QB carousel is about to start spinning. And everyone who publicly backed their 2021 QB this past week may be singing a different tune in six to eight weeks once free agency rolls in.It seemed this week the only person with the good enough sense to not commit to their 2021 starting quarterback for 2022 was Frank Reich. The Colts head coach opted not to tie himself publicly to Carson Wentz when asked after their failed season, and of course it was telling. On Thursday, GM Chris Ballard was noncommittal as well.I’ll be surprised if more than half the names on this list are with their 2021 teams in 2022: Russell Wilson, Aaron Rodgers, Carson Wentz, Tua Tagovailoa, Baker Mayfield, Matt Ryan, Kirk Cousins, Daniel Jones and Sam Darnold.

While the free agent QB market doesn’t look to be robust, one name I keep hearing around league circles as someone folks are overlooking is Marcus Mariota.The Raiders’ backup QB was coveted by Washington last offseason, but he was rehabbing an ankle injury and didn’t want to sign any long-term deal if he were traded. Also, the Raiders had absolutely no intention of trading him, so it was all moot anyway.Mariota carries with him an injury risk, but I could see him being a Week 1 starter come September. A smart team that isn’t going to get involved with the Wilson-Rodgers-Watson sweepstakes could go ahead and take their shot with Mariota early in free agency.

Latest in PantherlandI believe Matt Rhule is safe and will be the head coach of the Panthers on Week 1 of the 2022 season.I know there’s some question of whether his fate is tied to his offensive coordinator hire, but I’m told that’s not the case. The hire is important, and team owner David Tepper is keeping a close watch on it, but his career doesn’t hinge (right now) on that hire.Rhule’s in a difficult position publicly, and he could use a word from Tepper backing him. I don’t think that’s going to take place until Rhule hires new assistants. Then, Tepper will be able to point to change and issue his statement or give an interview that essentially says win in Year 3 or else.

Super Wild Card Weekend picksSo I went a disappointing 10-6 last week to take my regular-season record to 183-88-1. That’s a 67.4% hit rate on the year. That’s down slightly from my 67.8% hit rate last year, but pretty dang consistent. (By the way, favorites this year won 63.5% of the games, so I outperformed there.)Saturday, 4:30 p.m. ETTV: NBC | Stream: fuboTV (click here)I love the way the Raiders are playing down the stretch. There’s something about them. And I think Cincy’s defense is bound to let them down.The pick: RaidersSaturday, 8:15 p.m. ETTV: CBS | Stream: Paramount+ (click here)Mac Jones appears to have hit the rookie wall in the longest regular season in NFL history, and the Bills are ultimately a better team.

The pick: BillsSunday, 4:30 p.m. ETTV: CBS | Stream: Paramount+ (click here)One team has a dominant run game that manages the clock. The other has a head coach that struggles with clock management. Watch for that to be the difference in the game.The pick: 49ersOther games 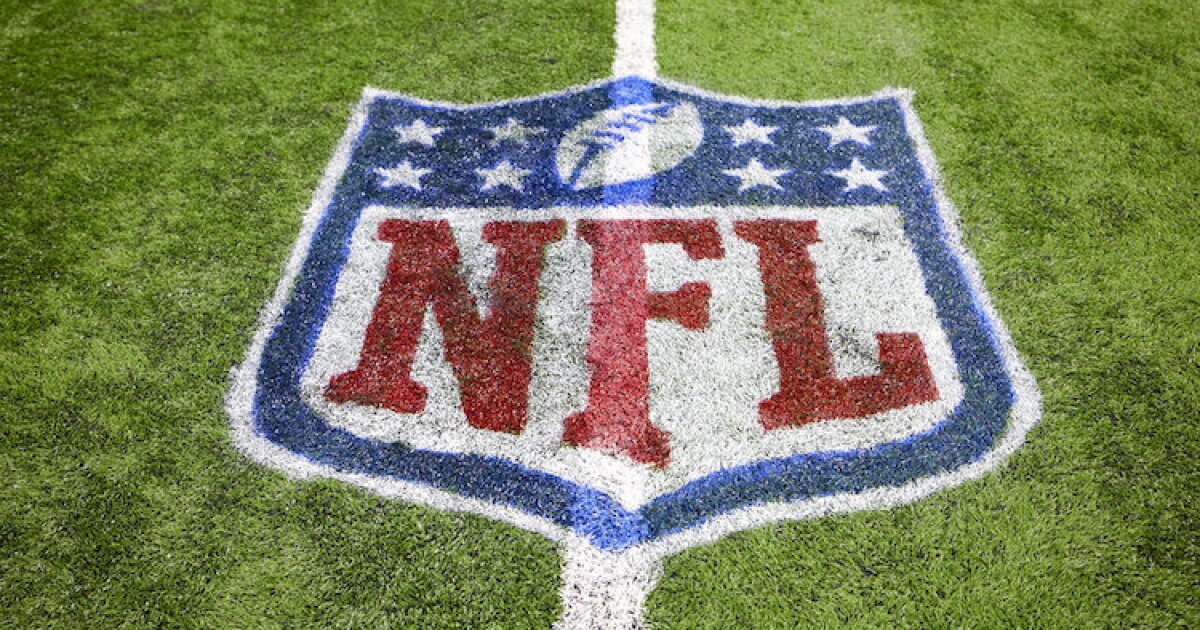 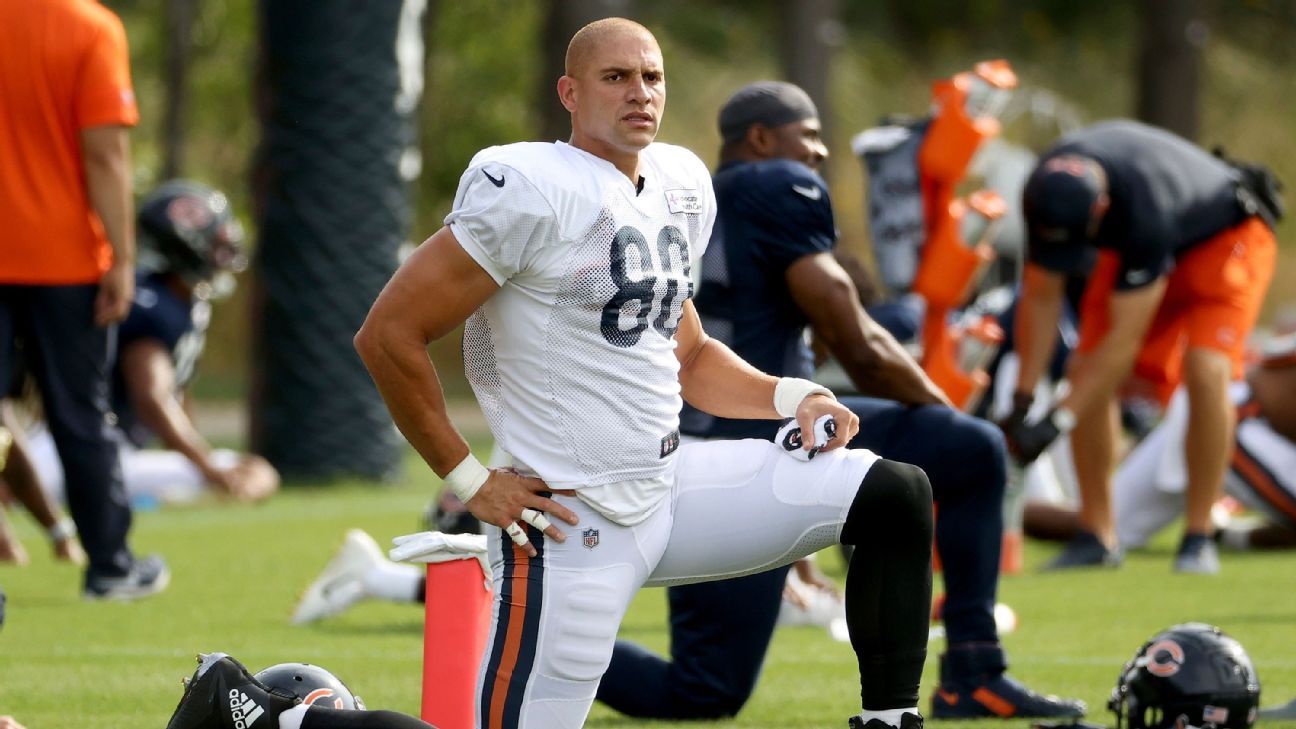 James Bond Is Coming To Rocket League (Or His Car Is, Anyway)