Meet the mum and daughter who are both on OnlyFans – and have already made nearly £100k combined.

Evie Leana, 37, made an unconventional resolution at New Year: to join her teenager on the adult platform.

She had seen her daughter’s success and, after going through a breakup, decided to make an account.

Now, Evie says she and Tiahnee, 19, are the “hottest mum and daughter” on the site.

The pair say they have made nearly £100,000 combined – and are very open about one another’s sexual endeavours.

Both say they have never felt unsafe on the site and “do not care if it’s controversial”, laughing off any backlash.

Evie, from Adelaide, said the website is a “great way to express my sexual side and have fun doing it”.

And she added that she has so much fun that, even if she was not making money, she would “keep doing it anyway”.

Tiahnee’s content consists of her in lingerie and bikinis, while her mum admits to posting photos of a more “explicit” nature.

Despite her current success, Evie was initially hesitant about the idea after Tiahnee set up an OnlyFans account when she turned 18 back in 2020.

The mum-of-four said: “I was very against Tiahnee starting an account in the beginning.

“I was worried about her safety and the reason people were subscribing when they can get that kind of content for free. She had just finished school and I wanted her to study but she started it anyway against my will”.

Tiahnee, who has been in a relationship since she was 13, confessed she had the idea of ​​starting an OnlyFans account “for a while”.

She said: “I opened my page just a few months after I turned 18 – I post bikini photos on Instagram and I’m always dressing up and taking sexy photos, so I thought why not do what I love and make money from it. I had discussed it with my boyfriend whom I’m still with and he has been supportive since I started.”

Tiahnee said she had a large following on Instagram and TikTok before setting up her page, which made the process of gathering subscribers significantly easier.

She added: “It has been very successful for me – it’s an amazing job and I love what I do”.

Evie admitted her concerns began to disappear while monitoring her daughter’s account – watching the money roll in and watching Tiahnee in her element.

She said after a year she held a very different opinion – partly due to Tiahnee earning £57,000 in 12 months alone.

Evie exampled: “I think that me accepting it and being okay with it is gifting my daughter the freedom to choose what she wants to do with her life and her body. Having the right and freedom to choose is a fundamental pillar of feminism that all women deserve”.

She added: “My daughter reassured me that she was not going to be posting nudes or anything, just bikini and lingerie photos.

“We had implemented security protections by switching her settings to private and not displaying a location. I saw that nothing bad had happened and that it was actually very common – it’s modeling really but I am glad she’s not doing pornography”.

Evie said she had considered joining, but the catalyst was when she ended her relationship in September last year.

She then decided to join Tiahnee on OnlyFans in January – and has already made £43,000 to date.

Evie said: “I had a lot of people saying if I joined the site I would absolutely kill it because I’m hot and good looking – I had so many encouragements! I think doing it from the comfort of your own bedroom is great because no one else is managing you.

“I’ve always been very sex-positive and I think OnlyFans is a good opportunity for girls who are inclined to get into sex work anyway or get out of sex work that is not so safe. I would say it’s a positive way to make money where you are in control”. 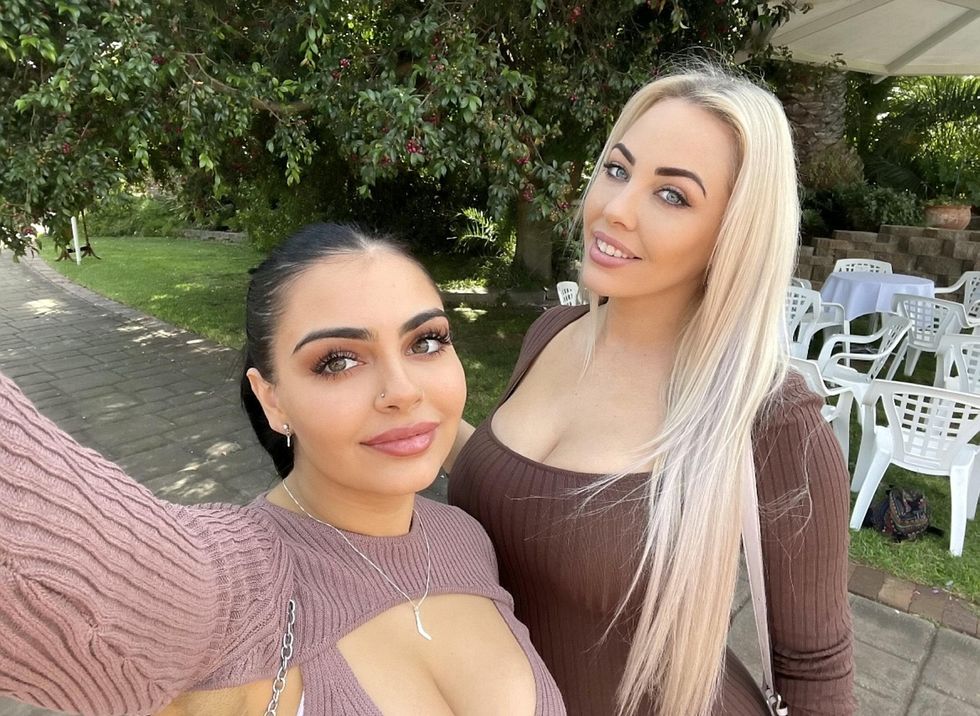 Evie’s biggest – and most unexpected – supporter was actually Tiahnee, who “loved the idea from the start”.

Evie said she learned from her daughter’s lessons “on what worked and what didn’t” – and managed to make £5,600 in her first month alone.

For those wondering whether or not to join the notorious site, Evie recommends first weighing up the options.

She said: “You need to think about whether it suits your lifestyle, you have the time, it will be accepted by your family and friends.

“There are lots of strategies to reel people in: photography, editing, posting regularly, responding to messages, all the different platforms you have to post on – it’s a lot of work.

“But it’s important to think about your ethics – I try and live a life that is as meaningful as possible, so I don’t want to be doing it all day every day. There is a lot to weigh up and it comes with risks depending on each individual’s situation”.

Evie and Tiahnee have only received negative backlash and criticism for their work after the story appeared in Australia.

But they say their close circles have been helpful.

Evie said: “We have been lucky because our family and friends have been super supportive and that is all that matters.”

Evie’s percentage on OnlyFans is a 0.68 per cent and Tiahnee’s is 1.2 per cent, after losing her account last year with over 3,000 subscribers.

The percentages mark how ‘successful’ an influencer’s page is, whilst comparing them to other users around the world.

Evie explained: “The top 0.01 per cent are the people making ridiculous amounts of money. It’s all about trying to get the percentage as low as you can”.

Evie confesses she has now mastered a healthy balance with the page, whilst working full-time in the beauty industry.

“I post daily and answer all messages in her inbox for an hour every morning and before bed,” she said.

“But I still have my own personal and business goals that I will not be giving up”.

Evie hopes to continue on OnlyFans for the next couple of years, but her daughter plans on developing her page for the foreseeable future.

Tiahnee said: “I don’t plan on stopping anytime soon. I love my job and I love my fans, they’re respectful and I couldn’t ask for a better fanbase”.

Have your say in our news democracy. Click the upvote icon at the top of the page to help raise this article through the indy100 rankings. What Is Luge and How Long Is a Luge Track? Here’s Everything You Need to Know