Today, the Human Rights Campaign — the nation’s largest lesbian, gay, bisexual, transgender, and queer (LGBTQ+) civil rights organization — announced its Business Coalition for the Equality Act has reached a new and unprecedented milestone, growing to include more than 500 major U.S. corporations now calling for the U.S. Senate to pass the Equality Act — historic federal legislation that would modernize our nation’s civil rights laws by including explicit protections for LGBTQ+ people, as well as improve protections for women, people of color, and people of all faiths. The Business Coalition, which includes more than 160 Fortune 500 companies, is the largest business coalition to ever come together in support of legal LGBTQ+ equality.

The 503 member companies of HRC’s Business Coalition for the Equality Act represent a major swath of America’s economic engine, with member companies overseeing business operations in all 50 states, company headquarters spanning 33 states and a combined $7.2 trillion in annual revenue. The 503 members of the coalition collectively employ more than 15.3 million people in the United States. The largest previous business effort in support of legal LGBTQ+ equality was the business amicus brief for marriage equality, which included 379 businesses.

Jennifer Kingston, Head of Diversity, Equity & Inclusion at Edward Jones: “Edward Jones is a place of belonging, and our longtime support for the LGBTQ+ community is inherent in our purpose-driven culture. We’re very proud of the fact that we’ve earned a perfect score on the Human Rights Campaign Corporate Equality Index six years in a row, and we nurture a workplace where all of our associates can be their authentic selves as they pursue their personal growth and possibilities.”

Today’s announcement reinforces the breadth and depth of support for the Equality Act among America’s business leaders, who are joining a majority of Americans, hundreds of members of Congress, hundreds of advocacy organizations, and more than 60 business associations — including the U.S. Chamber of Commerce and the National Association of Manufacturers — in endorsing the federal legislation. Polling from Hart Research Associates has found that 70 percent of Americans (including 50 percent of Republicans) support the Equality Act.

The Business Coalition’s 500-member milestone comes just months following the Coalition’s previous milestone in April, when it surpassed 400 members, underscoring the speed with which support for federal LGBTQ+ protections is gaining widespread traction. The Coalition’s growth also mirrors the fast-growing support across the country for federal LGBTQ+ nondiscrimination protections as indicated by recent polling released by the Public Religion Research Institute (PRRI), which revealed an unprecedented 82% of Americans support LGBTQ+ protections in jobs, public accommodations, and housing — including support from majorities of Republicans (67%), independents (85%), and Democrats (92%) favor nondiscrimination protections. The survey’s findings indicate that the number of Americans who support nondiscrimination legislation has risen more than 10 percentage points since 2015.

Cheya Dunlap, Chief Inclusion and Diversity Officer at Honeywell: “Inclusion and diversity are essential to Honeywell’s success as a global enterprise. We support protections for LGBTQ+ individuals under the Equality Act because we believe in the importance of creating a fair work environment built on equality, respect and achievement.”

Wilma Wallace, Chief Diversity & Social Impact Officer at REI: “Our co-op and broader society are stronger when everyone—in consideration of their race, gender identity and sexual orientation—can prosper and feel welcome to be their full selves. REI has long been an advocate for LGBTQ+ rights, and we remain committed to creating a co-op and contributing to a society that is inclusive of all people. The Equality Act is an important step towards ensuring everyone can reach their full potential, and we are proud to support the communities, advocates, companies and legislators working to advance LGBTQ+ rights.”

Joni Madison, Interim President at the Human Rights Campaign: “We are delighted to announce that more than 500 major corporations are now united behind the Equality Act. In 2022, no person should ever be subjected to harassment or discrimination because of who they are. The Equality Act will take major strides toward ensuring that LGBTQ+ people are treated with equal dignity in the eyes of the law, and affirm the longstanding American value that everyone deserves to be treated equally and fairly. It’s time for the Senators of both parties to support the Equality Act and send it to President Biden’s desk for his signature.”

The Equality Act ensures everyone in America, including LGBTQ+ people, are protected from harassment and discrimination in major areas of life. Currently, even if an LGBTQ+ person works for a company that provides clear non-discrimination protections and inclusive cultures, that employee and their family members can still experience discrimination in other areas of life and have no legal recourse. In the majority of states — 29 states in total — that lack explicit nondiscrimination protections, these employees risk being denied healthcare, loans, housing, and basic goods and services because they are LGBTQ+.

More information on the Business Coalition for the Equality Act can be found on HRC’s website here. A full list of the more than 500 members of the coalition can be found here. 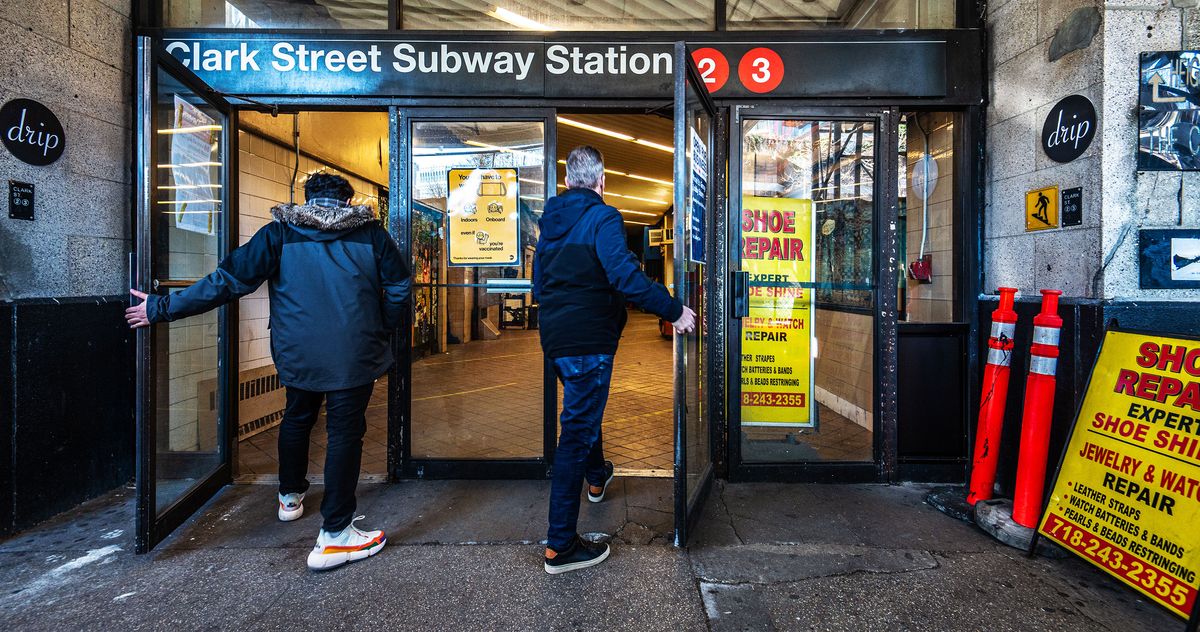 The Impossibility of Running a Business in a Closed Subway Station

NFL playoff bracket: Who will Rams or Cardinals play in 2022 divisional round with a win?

Super Bowl 2022: Here are the Bengals and Rams players who could cash in during free agency