Kang Soo-youn waves to the crowd at the red carpet of the opening ceremony of the 3rd Gangneung International Film Festival, which took place at Gangneung Arts Center, Gangwon, on October 22. [YONHAP]

Kang Soo-youn, one of the first Korean actors to win international recognition, has died. She was 55.

Kang was with her family at home in Apgujeong-dong, southern Seoul, on Thursday when she collapsed. She was in cardiac arrest when hastened to the hospital and died without regaining consciousness at 2:10 pm on Saturday. 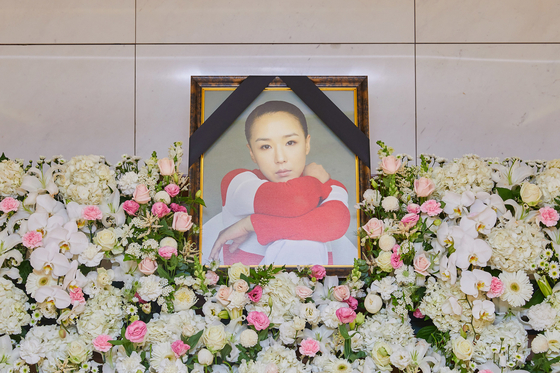 Wake for Kang Soo-youn was set up at Samsung Medical Center in Seoul from Sunday. The funeral ceremony is scheduled for Wednesday. [NEWS1]

According to her family, the cause of death was a cerebral hemorrhage.

After taking a 9-year break, she recently returned to work as an actor with “Jung_E,” a Netflix film directed by Yeon Sang-ho that wrapped in January.

Born in 1966 in Seoul, Kang began acting at the age of four under contract with TBC. Years before Korean film began to gain global attention, Kang was named Best Actress at the 44th Venice International Film Festival in 1987 for her role in “The Surrogate Womb” by Im Kwon-taek. 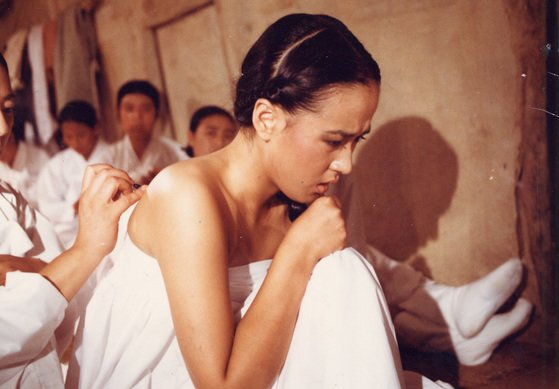 A scene from “The Surrogate Womb” (1987) by Im Kwon-taek, for which Kang was named Best Actress at the Venice International Film Festival. [JOONGANG PHOTO]

It was the first time a Korean actor had ever received a prize from one of the three most prestigious international film festivals — Cannes, Berlin and Venice. Set in the Joseon Dynasty (1392-1910), the film is about Kang’s Ok-nyo, a poor but obstinate girl from the countryside, and a nobleman falling in love despite their vastly different backgrounds.

Kang took Chungmuro ​​— the name of a district in central Seoul that was once the heart of the local film industry — by storm, appearing in quick succession in six films, such as “Springtime of Mimi and Cheol-su,” “Now, We are Going to Geneva” and “King Yonsan.” 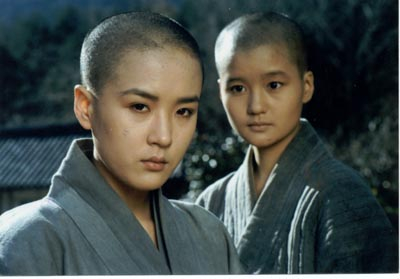 A scene from “Come, Come, Come Upward” (1989) with Kang, on the left, as Sun Nyog enters a monastery to become a nun. [JOONGANG PHOTO]

Two years later, she took the lead in Im’s “Come, Come, Come Upward” (1989) as a troubled young student named Sun Nyog who enters a monastery to become a nun. Kang demonstrated her passion for acting by actually getting her head shaved on-screen when shooting the scene where Sun Nyog becomes a nun. Kang was named Best Actress at the 16th Moscow International Film Festival for the role.

In a phone interview last year with the JoongAng Ilbo, Kang said that she did not go to the Venice Film Festival because she “never expected to win a prize,” and when she did at Moscow, “none of the Western cinephiles knew where Korea was. But interest in Korean films grew dramatically starting in the 1990s.” 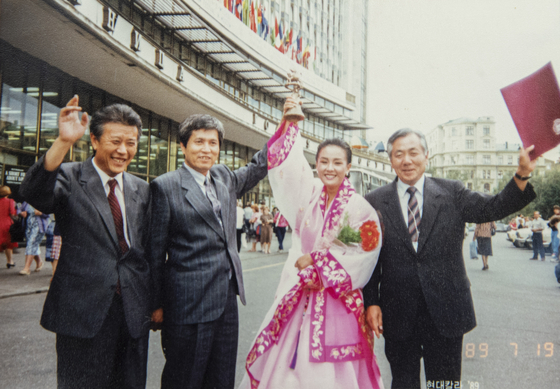 Kang, second from right, who earned the Best Actress Award at the 16th Moscow International Film Festival in August 1989 for her role in “Come, Come, Come Upward.” The photograph is provided by Kim Dong-ho. [JOONGANG SUNDAY] 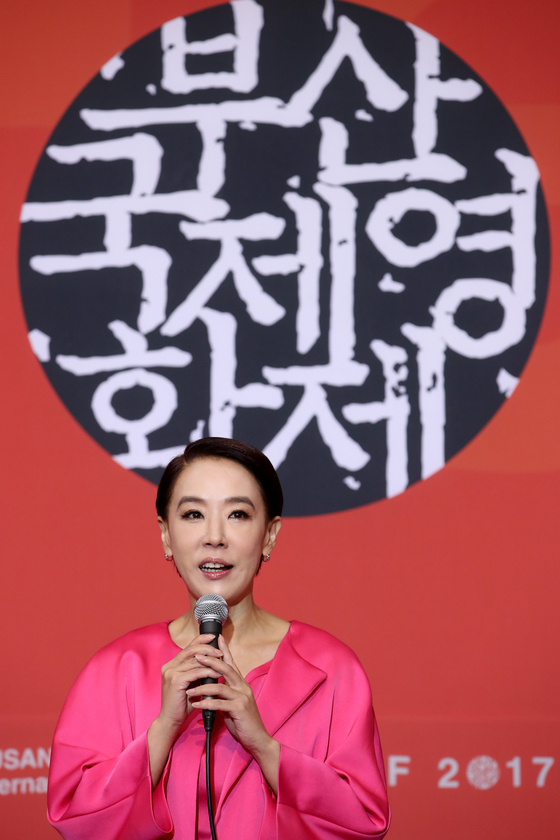 Kang speaks at the closing ceremony of the 22nd Busan International Film Festival on Oct. 21, 2017 as the co-executive director. [YONHAP]

She also starred in “Hanbando” (2006) by Kang Woo-seok and “Hanji” (2013) by Im Kwon-taek. She took a break from acting after “Jury” (2013), which was the directing debut of Kim Dong-ho, founder and former chairman of the Busan International Film Festival (BIFF).

“Jung_E,” was her first attempt at a sci-fi film. In the film, set in the 22nd century on an inhabitable earth, Kang takes on the role of Seo-hyun, a team leader of a laboratory developing brain cloning and AI technology. Her character is tasked with an experiment on which humanity’s fate depends.

The film is set to be released by Netflix this year.

Her wake is being held at Samsung Medical Center in Seoul from Sunday. The funeral ceremony is scheduled for Wednesday.

With Novak Djokovic out of the Australian Open, opportunity knocks for Daniil Medvedev

4 apps that are helping content creators make and manage money

‘It was just a nightmare’: Vermont mother outraged over police response to teen in crisis