After back-to-back thrilling matches in the Quarter Final stage of the Valorant Conquerors Championship India Qualifier 1, it’s time to have some extra spice in the Semi Final.

Global Esports will take on True Rippers in the first Semi Final of the VCC India Qualifier 1. Both teams will play a best-of-three series with a spot in the Grand Final at stake. 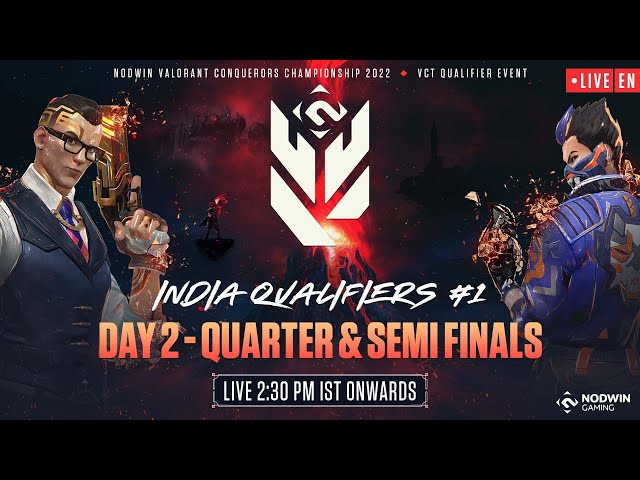 Global Esports and True Rippers: Who will be the first team to reach final of the Valorant Conquerors Championship India Qualifier 1?

Global Esports secured a hard-fought victory against God Particles in the first Quarter Final of the Valorant Conquerors Championship India Qualifier 1 with a 2-1 scoreline. Meanwhile, True Rippers secured a flawless 2-0 victory over Tryouts to knock them out.

Judging by the current form and past results, Global Esports has a better chance of winning today. However, the defending champions can be vulnerable at times, which was visible in the match against God Particles last night.

However, with players like Ganesh “SK Rossi” Gangadhar and Akshay “Kappa” Sinkar in the team, it is very tough to beat Global Esports.

However, True Rippers have come up with something special at the VCC 2022 by tweaking their playstyle a little bit. With a completely new Agent composition, the team is approaching games differently and leaving opponents puzzled.

With Sahil “1TaPGoD” Duble and Kasif “Paradox” Sayyed in the team, True Rippers have it in them to surprise the holders later today.

Global Esports have faced True Rippers once, with the former winning 2-0.

Global Esports have won four of their last five games in all competitions, while True Rippers have won three in their previous five matches.

When and where to watch?

Q. Who will win the match?

MonsterVerse movies ranked: We compare all 4 Nearly 50 Movies Axed From Disney Streaming Service – Inside the Magic

How to Use Zelle for Small Business Transactions

Bill J. Allen, Alaska Businessman at the Center of Scandal, Dies at 85