Foldable phones hit the headlines in 2019, when companies like Samsung, Huawei and Motorola introduced their first bendable devices. If the rumors and reports are accurate, 2022 is shaping up to be another banner year for foldable phones, with Samsung, Motorola and Google expected to debut new flexible designs.

Samsung’s rumored foldable phones might even arrive in the coming months if the company follows its previous pattern. For example, Samsung launched the Galaxy Z Flip 5G in the summer of 2020 and the Z Flip 3 and Z Fold 3 in August 2021.

Sales of foldable phones are growing, but they still aren’t nearly as ubiquitous as standard phones. Shipments of foldable smartphones are said to have increased by 264.3% in 2021 compared to 2020, according to International Data Corporation. But IDC estimates that just 7.1 million foldable phones were shipped in all of 2021, compared to 362.4 million phones shipped in just the fourth quarter of last year.

Here’s a look at the rumored foldable phones from Samsung, Motorola and others that are said to be in the works.

Read more, How iOS 16 and Android 13 Could Change the Future of Smartphones

Samsung’s phone-tablet hybrid is reportedly due for an upgrade this year. Based on the leaks and rumors that have emerged so far, it looks like the Galaxy Z Fold 4 will be a moderately improved version of the current Z Fold 3, It could have a sleeker design, thanks to a slimmer hinge according to prolific leaker Ice Universeas well as an improved camera on par with that of the Galaxy S22, Qualcomm’s recently announced Snapdragon 8 Plus Gen 1 will reportedly power the device, the source also claims.

But what I’m really hoping to see for the Galaxy Z Fold 4 is a cheaper price. The current version costs $1,800 without a trade-in, making it one of the most expensive phones around. But display analyst Ross Young, CEO of Display Supply Chain Consultants, speculations Samsung’s next-generation foldables will get a price cut.

Samsung typically unveils its new foldable phones in August, so we’re expecting to hear more in the coming months. Check out our full story for more details about what to expect from the Galaxy Z Fold 4.

Samsung is also expected to launch a new version of its clamshell, flip phone-style Galaxy Z Flip this year. Similar to the rumors about the Z Fold 4, leaks about the Z Flip 4 indicate it will be a refresh of the current model rather than a dramatic change.

The Z Flip 4 is expected to get a larger cover screen according to Youngthe display analyst, and Yogesh Brar, a writer for the site 91mobiles who claims to have received a full list of the Z Flip 4’s specifications. An upgrade like this would make it easier to check the time and notifications at a glance without unfolding the phone.

We won’t know for sure until Samsung announces a new version of the Z Flip, which would likely happen in August. Check out our full story to learn more about what we might see in the Z Flip 4.

But perhaps what’s more exciting is the idea that Samsung could introduce a completely new type of foldable phone this year. In a tweet that seems to have been deleted, Ice Universe previously said Samsung could debut a third type of foldable this year. Young also chimed in to say a Samsung slidable phone was scheduled for production in 2022 but had been pushed further out.

If Samsung is planning to launch a foldable in a new style, it certainly has plenty of ideas to choose from. The Korean tech giant showcased several new concepts at CES 2022 in January, including phones with a tri-folding screen and a display that slides. Samsung hasn’t provided any indication that it plans to launch a new type of foldable anytime soon, but we’re expecting its next major Unpacked event to take place in August.

Motorola might be preparing its iconic Razr for another comeback. The company is reportedly working on a new version of its foldable Razr flip phone that could have a cheaper price, a new pill-shaped dual camera and Qualcomm’s Snapdragon 8 Gen 1 processor, according to leaks from well-known leakers Steve Hemmerstoffer (via CompareDial) and Evan Blass (published on 91Mobiles).

We ultimately liked the 2020 Razr for its refined design and improved battery life. But CNET reviewer Patrick Holland pointed out the phone’s then-$1,400 price and other shortcomings, like the camera’s poor low-light performance, have held it back from being as good as it could be. Hopefully Motorola has addressed these concerns if the rumored third-generation Razr turns out to be real.

Google might be the next major tech company to jump on the foldable phone bandwagon. The company is reportedly working on a foldable Pixel that might have a similar shape as Oppo’s Find N and a price that’s lower than the Galaxy Z Fold 3’s, according to 9to5Google. The outlet also says the phone might be called the Pixel NotePad, but cautions that its camera could be a step down from the Pixel 6’s.

Google hasn’t said a word about any plans to release a foldable phone yet. We also didn’t see any clues about a foldable Pixel at Google I/O, the company’s annual developers conference where it sometimes shows off new tech concepts. But given Google’s recent focus on hardware — which it at I/O by announcing six new gadgets — it wouldn’t be surprising to see the company experiment with foldables.

If Google does have a foldable phone in the works, it’s unclear when it would launch. Korean news site The Elec said Google previously planned to announce the device in the fourth quarter of 2022, but the company has reportedly delayed the launch.

TCL scrapped plans to release a flip phone-style foldable phone in 2021, but it’s not giving up yet. The Chinese electronics maker showcased two new concepts earlier this year for phones with rollable and foldable screens. One concept has a screen that can bend inwards and outwards, while the other can fold and expand the size of its screen.

TCL hasn’t said when it plans to release a foldable phone. But if and when it does, the company plans to keep the price at $700 or less, TCL previously told CNET. Getting to that price will be challenging, but hopefully it will motivate other phone makers to make their foldables similarly affordable.

Read more, Is Samsung’s 45-Watt Phone Charger Worth It? We Put It to the Test

Apple is one of the few major smartphone makers that hasn’t released a foldable phone, and it’s unclear whether it ever will. But rumors about an iPhone with a bendable screen have been circulating for years, fueling speculation. If Apple is working on a foldable iPhone, it likely won’t release the device for another few years. Bloomberg’s Mark Gurman wrote in his Power On newsletter in 2021 that a foldable iPhone is still two to three years away. Display supply chain analyst Young also said in February that Apple’s foldable iPhone would be delayed until 2025, according to 9to5Mac.

Waiting a few years to launch its first foldable might not be a bad idea. Foldable phones are expected to account for 1.8% of the overall smartphone market by 2025, a jump from 0.5% in 2021, according to IDC. The market research firm also says foldables are expected to take over one-third of the premium market for Android phones. 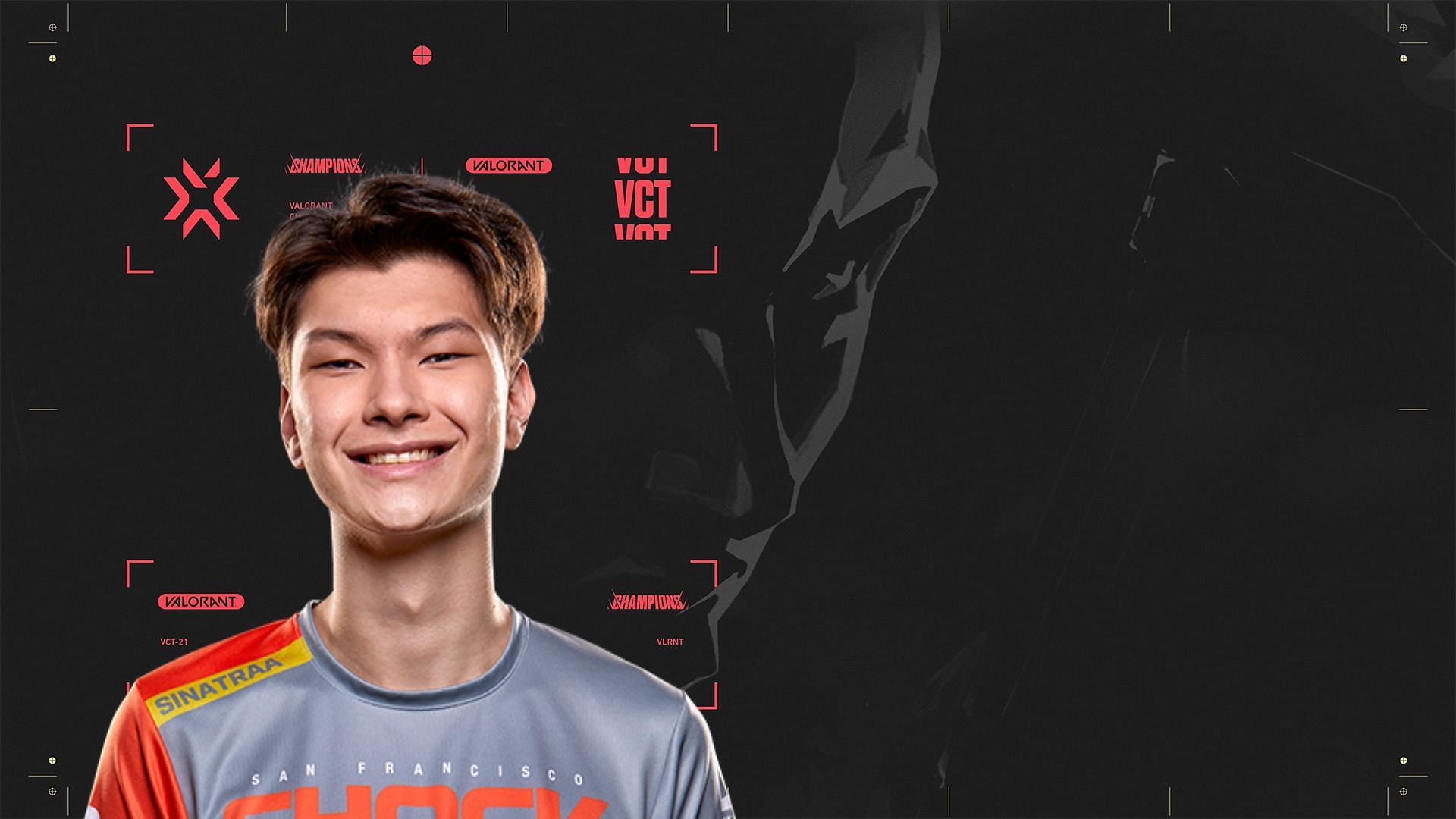 Sinatraa might not find a Valorant roster before VCT 2022 starts

20 Movies Like Dazed And Confused You Should Watch Next