MOVIE URBAN LEGEND: Atari created a special video game just to be used in a sequence in Superman III,

One of the odder examples of a big budget superhero movie was Superman III, which decided to mix a Richard Pryor comedy in with, well, you know, a Superman movie. Pryor played Gus, a computer genius who was using a computer program to embezzle money from the company that he worked for. When his boss, Ross Webster, discovered what he was doing, instead of firing him or having him arrested, he instead blackmailed him into using his abilities to make a lot of money. He first has Gus force a weather satellite to create a tornado to destroy Colombia’s coffee crop so that Webster could corner the market. When Superman foiled that plot, Webster made Gus create artificial kryptonite to use against the Man of Steel.

It temporarily turns Superman evil, although the hero eventually resolves the situation. In the meantime, Webster has built a supercomputer for Gus to use. Webster, his girlfriend, as well as his sister, Vera, go to the base where the supercomputer is held along with Gus. Superman, of course, tracks them down. This leads to a classic sequence.

RELATED: How a Scene Cut From a Forgotten Movie Ultimately Became Dirty Dancing

HOW WERE VIDEO GAMES USED IN THE FILM?

The base with the supercomputer in it has defense systems, and so Webster accesses a display monitor that will allow him to fire the missiles after Superman who is, of course, flying towards them to stop their dastardly deeds. As he targets the missiles, the whole thing is depicted as if it is a video game. It is a classic sequence…

At the time, Warner Bros. owned the famed video game company, Atari, and Warner was making a BIG deal out of the fact that it owned Atari at the time (before Atari sort of took a nosedive), so a longstanding rumor is that Atari created a special video game for that sequence.

But did it really create a mini-video game for that scene, as some folks on the internet might say, like on one piece of trivia online, “The video game ‘played’ by Ross Webster with missiles and Superman was an actual game being developed by Atari in conjunction with the movie. It never materialized.” Is that true?

RELATED: How Bruce Willis Starred in Armageddon to Avoid a Lawsuit

DID ATARI CREATE A VIDEO GAME FOR THE FILM?

The answer is tricky, and that’s certainly why the legend was created.

Steve Wright was the Director of Software Development at Atari. He had Atari create a video game simulator. Here, from his own website, is how it was described:

One of the reasons for starting the Special Projects department that Steve managed was an idea he had for a new game development technology – a game simulator. Programming a new video game was a painful 9 to 12 month job, then after it was finally done and the game was focus group tested it may not be a winner. This was a huge waste of time and very expensive resources. By now the game programmers had become rock stars and the pay had skyrocketed.Steve’s idea was to develop a rapid prototyping game system where a new game could be developed in weeks, play tested and, if found to be worthy, then and only then assigned to a programmer. Huge concept, but difficult to do with the computers of the day. The Stella graphics chip could push pixels at an astounding rate (for the day) and getting general purpose machines to replicate this graphics power was a daunting task. Also, coding the game logic in 6502 assembler was painfully slow so a high level language was needed to make programming the game logic much faster. The answer was to take an Artificial Intelligence computer, the Symbolics Lisp machine, and mate it to an Ikonas frame buffer. Steve hired Paul Hughett, an aerospace computer design engineer to head up the project, who chose Lisp as the game logic language because it was an object oriented language – perfect for game logic. Lisp only ran on the Symbolics Lisp computer native, so that machine became the stand-in for the 6502 processor.The Ikonas frame buffer was, at the time, the biggest and baddest graphics processing engine (literally the size of a refrigerator) so it played the role of the Stella graphics chip. Getting the two totally different machines to talk to each other and respond to an Atari joystick took the better part of a year. But when it was finished a completely playable game could be prototyped in just a few weeks. Atari was now the proud owner of a $200,000 one ton Atari 2600. However, just as it was about to be thrown into game development Hollywood called.

Well, as he alludes to at the end of that post, Hollywood called for help soon afterwards…

Time Warner owned Atari as well as Warner Brothers film. In 1982 Warner Brothers was in production on Superman III (Christopher Reeve, Richard Prior and Margot Kidder) and the director, Richard Lester, wanted a climax sequence where the evil villain (Robert Vaughn) fired missiles at Superman from a super smart computer with the The whole sequence being displayed on the computer screen as if it were a video game. Keep in mind that video games were peaking at this time.The late Steve Ross, the CEO of Time Warner, sent a letter to Ray Kassar, the CEO of Atari (the darling of the entire Time Warner empire at the time) asking him if Atari could produce the video game footage, and Ray Kassar handed the letter to Steve. Realizing that the video game rapid prototyping system being developed in his Special Project department was the perfect system for the job, Steve said “Sure. All I need is a 35mm film recorder”. Suffice it to say, in a few weeks Special Projects was the proud owner of a shiny new Matrix film recorder with an Acme 35mm animation camera mounted on top.Now the rapid prototyping game system consisted of a Symbolic Lisp machine connected to an Ikonas frame buffer connected to a Matrix film recorder connect to an Acme 35mm animation camera. Shooting computer graphics to film is mundane today, but in 1982 it was a very bold concept. The only person Steve could find that could set up and calibrate a 35mm film recorder was a young computer animation ace named Carl Rosendahl that had just started his own computer animation studio named PDI in Sunnyvale. So Steve hired Carl to set up and calibrate his new computer animation film recorder system.They system was built and the task was set, so Steve and the simulator development team began developing the video game animation for the Superman III movie. There was a trip to Pinewood Studios near London to meet the director Richard Lester as well as a chance meeting with Margot Kidder in the commissary. Because the game simulator had recently been completed the animation footage was produced and shot out to film rather quickly. The sequence was even presented in the 1983 SIGGRAPH Electronic Theater.

Therefore, the answer really is no, because their intent wasn’t to create a game, but rather just animation that LOOKED like a video game. And it was unconnected to the Superman III video game that they were working on.

So then why did the Superman III video game not come out? From Matt Reichert’s excellent Atari prototypes site, “It was determined that after playtesting by focus groups that the game was not a strong enough candidate for release (ie. good, but not good enough). Not surprisingly the focus groups cited the difficult controls as their main complaint. Although a prototype 5200 box has been found, there is no evidence to suggest that Superman III was ever planned for the 5200. In fact the part number (CX-5222) was actually assigned to Jungle Hunt. This may have been due to a miscommunication with the art department.”

Be sure to check out my archive of Movie Legends Revealed for more urban legends about the world of film. Click here for legends specifically about superhero films.

Feel free (heck, I implore you!) to write in with your suggestions for future installments! My e-mail address is [email protected] How Do 401(k) Catch Up Contributions Work? , Global Online Money 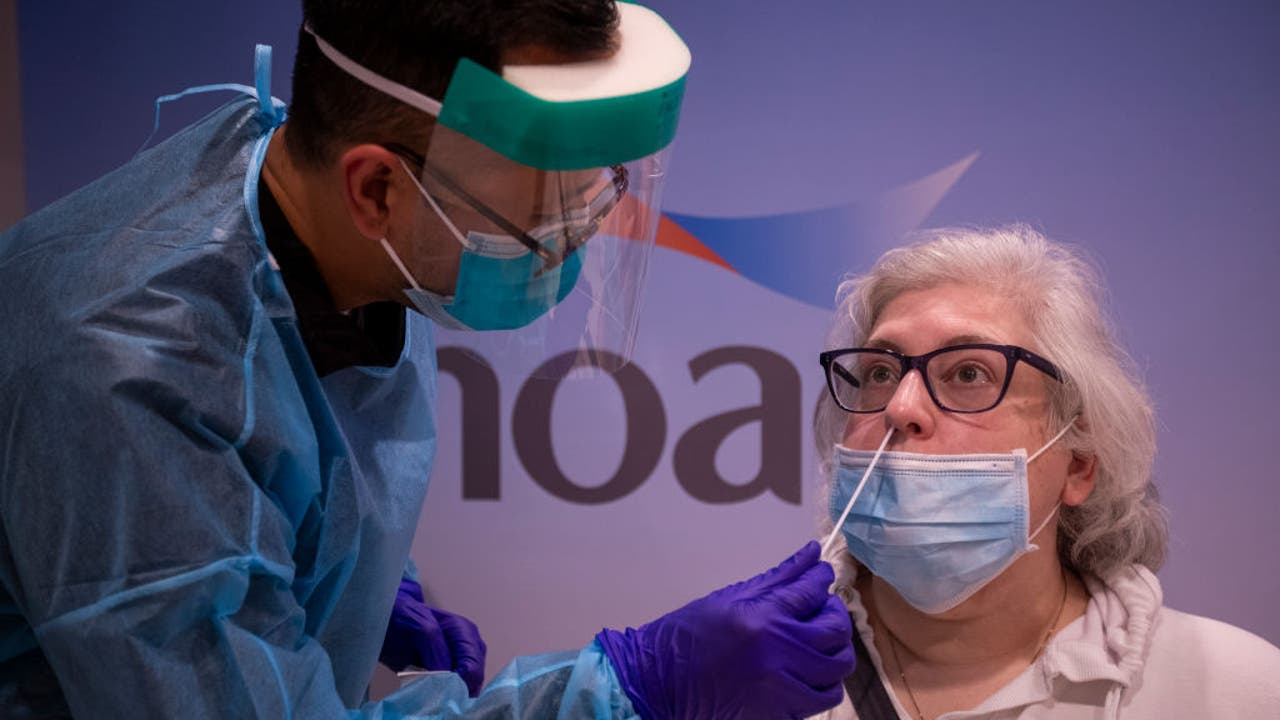 CDC guidelines: When is the best time to get tested for COVID-19 after exposure?

MLB fan survey: Your thoughts on the state of baseball in 2022

Biden says inflation is his ‘top priority’ and lashes out at Republican plan.

What is the meaning of Groundhog Day?