Doom at Your Service actor Seo In-guk and Oh Yeon-seo of Mad for Each Other face off in the new shaman-themed series Cafe Minamdang.

Airing on KBS2 and streaming internationally on Netflix, the show is based on Jung Je-han’s novel The Minamdang Case Notebook.

Seo and Oh play a cocky shaman and a tough detective respectively.

Their characters are known as the “Wonder of Yonghae-dong” and the “Ghost of Yongjin Station”, which should give you an idea of ​​the over-the-top tone of this bright and peppy comedy-mystery-thriller is aiming for.

The show begins high above a gleaming city skyline, as illustrious candidates sit before an intimidating panel of interviewers for the post of general manager at MK Hotel, a swanky skyscraper that oozes social privilege.

The applicants all have sterling references and resumes, but each in turn has their overweening confidence dashed when the lead interviewer throws them curveball questions.

Yet these didn’t materialise out of nowhere. They’re being fed into her ear by the dapper and cocky Nam Han-jun (Seo), who reads their faces and exposes their kleptomania, nepotism or abusive managerial styles.

How is it that he can so easily ferret out these miscreants? Han-jun is a famous shaman, known for his flashy suits and variegated fans, which he sometimes breaks out in public when he exposes charlatans.

But the truth is that Han-jun also has someone in his ear, the red-haired hacker Nam Hye-jun (Kang Mi-na), who feeds him dirt on the people he sets his sights on.

Han-jun is renowned as a brilliant shaman, but in reality he’s a fraud.

He operates the titular Cafe Minamdang along with his co-conspirators Hye-jun, Kong Su-chol (Kwak Si-yang) and Jo Na-dan (Baek Seo-hoo), a team of young investigators who help him maintain his masquerade as an all-knowing shaman.

The members of this group share a degree of chemistry, but their cheerful antics tend to be expressed through blunt pantomime. Silly walks and broad guffaws abound while comic timing is in short supply.

The shaman business is a serious one in South Korea, where major politicians, celebrities, business operators and just about everyone else in society are known to frequent them.

Cafe Minamdang doesn’t carry on the pretence of Han-jun being a real shaman for long, but it doesn’t question the legitimacy of shamanism either.

During the investigation of an adultery case connected to one of Han-jun’s clients, detective Jang Du-jin (Jung Man-sik) encounters one of the shaman’s prophecies.

When his younger sidekick Kim Sang-hyeob (Heo Jae-ho) disregards it, Du-jin cautions him and explains the eerie abilities of the Wonder of Yonghae-dong. 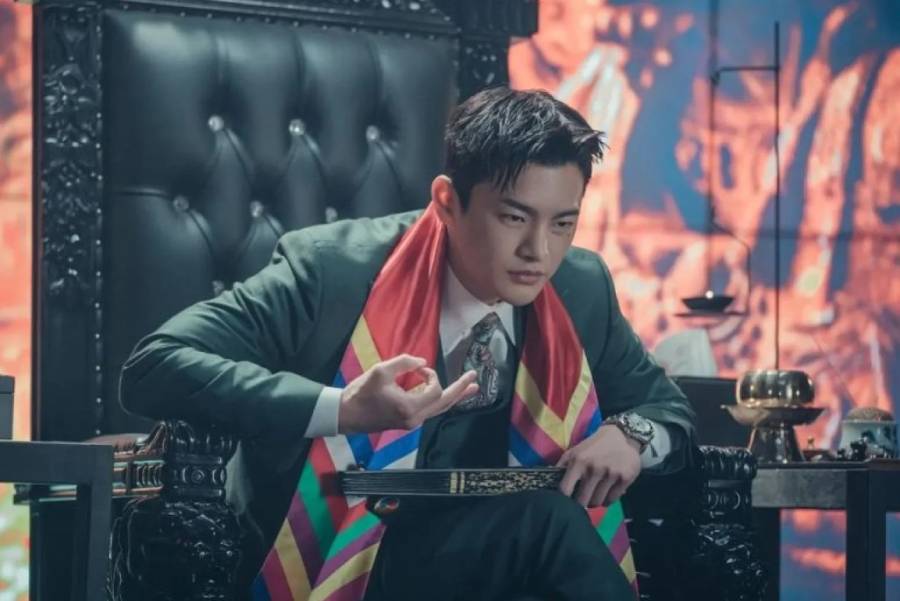 Sure enough, Han-jun is proved correct.

Back at the precinct, Du-jin checks his fortune for the day in the newspaper, which warms him to watch out for the color black coming from the East.

No sooner does he finish the sentence than Han Jae-hui (Oh) arrives, walking in slow motion from a side corridor in a flowing black leather trench coat.

Du-jin mistakes Jae-hui for a new recruit at first, but during a bust at the docks she shows off her incredible speed and fighting prowess. Her co-workers eventually figure out that she’s actually their new team leader.

Han-jun and Jae-hui cross paths when he reports a hit-and-run accident and she investigates the scene. Complicating matters is the fact that the assailant in the hit-and-run is the odious corporate executive Shin Gyeong-ho (Kim Won-sik), who is actually Han-jun’s client.

As the case develops, Jae-hui quickly comes to despise Han-jun and his predatory ways, but another case brewing in the background also connects them.

In her time off, Jae-hui pursues a personal vendetta which has something to do with her brother and also involves Han-jun.

The formula of Cafe Minamdang is a familiar one and the show doesn’t need to work very hard to set up the relationship between the two leads.

Han-jun is a typical cocky male with a seemingly amoral attitude, while Jae-hui is the woman whose tough disposition is partly related to the traumatic history the characters share and that she might not remember. A current K-drama series employing the same formula is Kiss Sixth Sense. 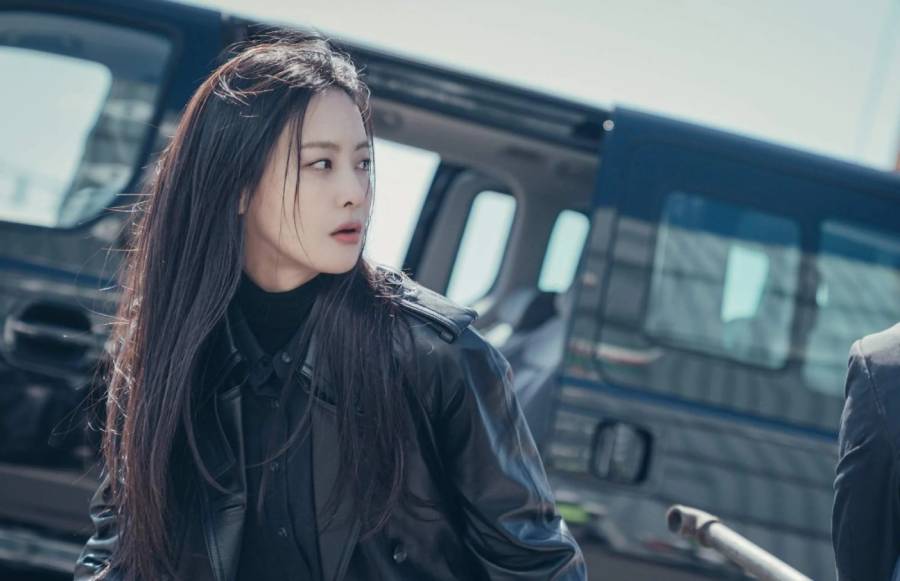 Over time we can expect two things: Jae-hui will piece everything together, and Han-jun will show himself to be a moral character. Where Cafe Minamdang stands out is in its other details.

The exaggerated tone of the show gives it a number of very colorful characters, such as Cha Do-won (Kwon Soo-hyun), a district attorney nicknamed “chatterbox prosecutor” for his ability to break down criminals by chattering away to them until their ears bleed, and detective Du-jin, affably played by the great character actor Jung Man-sik.

Also in service of the show’s tone is its lively soundtrack, which includes a bouncy opening credits theme by the terrific pansori pop band Leenalchi, whose music also appears in Pachinko.

Overall the show has more misses than hits, but a tighter story going forward could reverse that.

Cafe Minamdang is streaming on Netflix.

This article was first published in South China Morning Post.

Daniels aren't making an Everything Everywhere All At Once sequel

No Return episode guide: How many episodes are there of the ITV drama and when is it on?