Bellroy’s Mod Case + Wallet may be the ultimate solution for those who want a great MagSafe iPhone case with a matching wallet as it fixes some of Apple’s missteps.

When you pick up Bellroy’s latest case, it comes with two parts. You get the Mod Case as well as a companion wallet. It’s available sizes for the iPhone 13, iPhone 13 Pro, and iPhone 13 Pro Max. Unfortunately, no luck for iPhone 13 mini users.

First and foremost, we need to look at the case. If the case is poor or doesn’t properly protect your phone, MagSafe and the wallet are effectively irrelevant.

Bellroy knows its way around a hide of leather and its extensive array of leather goods is evidence of that. They have an exceptional lineup of wallets, covers, and more.

Leather cases for your iPhone are a natural inclusion to this list. They’ve created them for the last number of years but it’s the iPhone 13 series case with a bundled magnetic wallet that caught our eye.

Our personal wear pattern on the Bellroy MagSafe-compatible ModCase

The case is very slim with a two-material makeup. The body and sides are a durable “flex polymer” material while the back is wrapped in eco-tanned leather.

We chose the Terracotta color which is a lovely medium shade of brown. Bellroy has other neutral colors such as Basalt gray and black but vivid colors too including a bright Cobalt blue, Lagoon teal, and Citrus yellow.

The case is lined in a contrasting microfiber that isn’t visible from the outside, but a touch we like. Many cases are lined with microfiber as it helps protect your phone from small debris that gets inside. 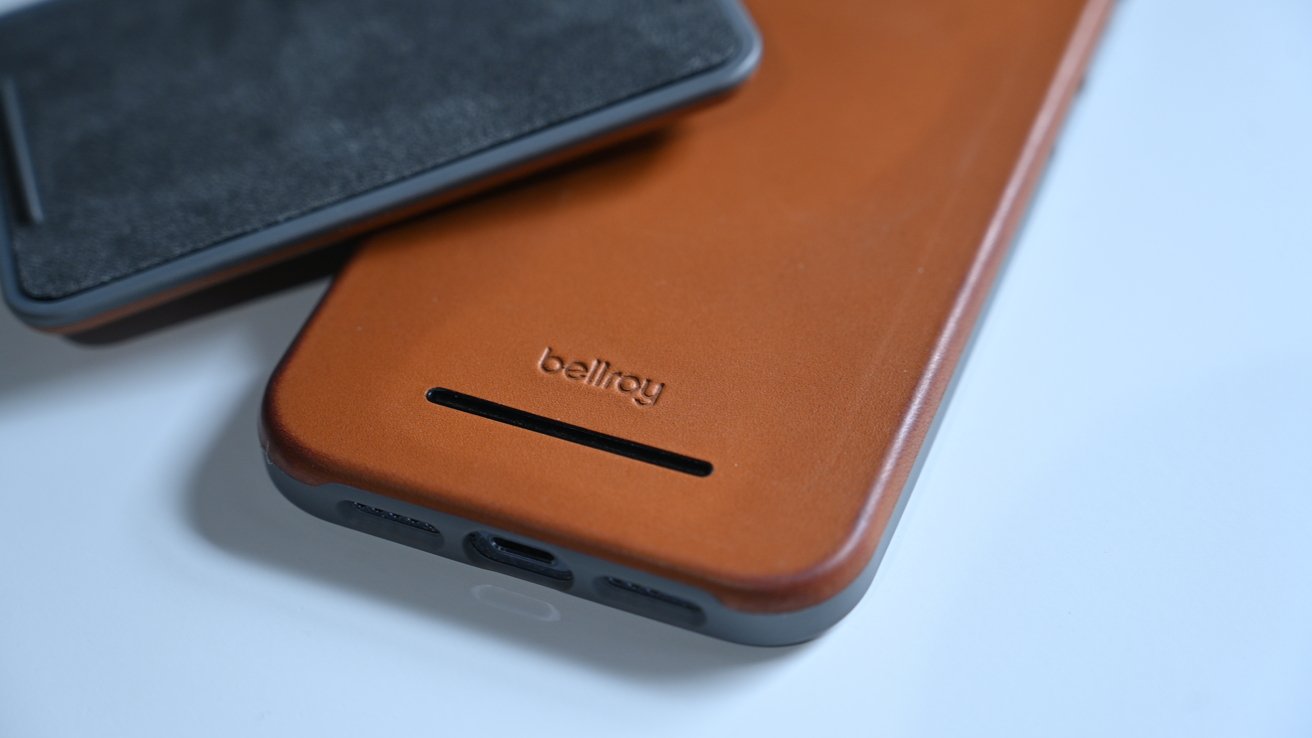 ModRail system for the magnetic wallet

Embedded within the case are the requisite magnets needed to support MagSafe. That is the ring of magnets as well as the alignment magnet.

That brings support for all MagSafe accessories. Slap on a MagSafe battery pack, any third-party MagSafe wallet, use a MagSafe car mount, or use a MagSafe charger with up to 15W speeds. 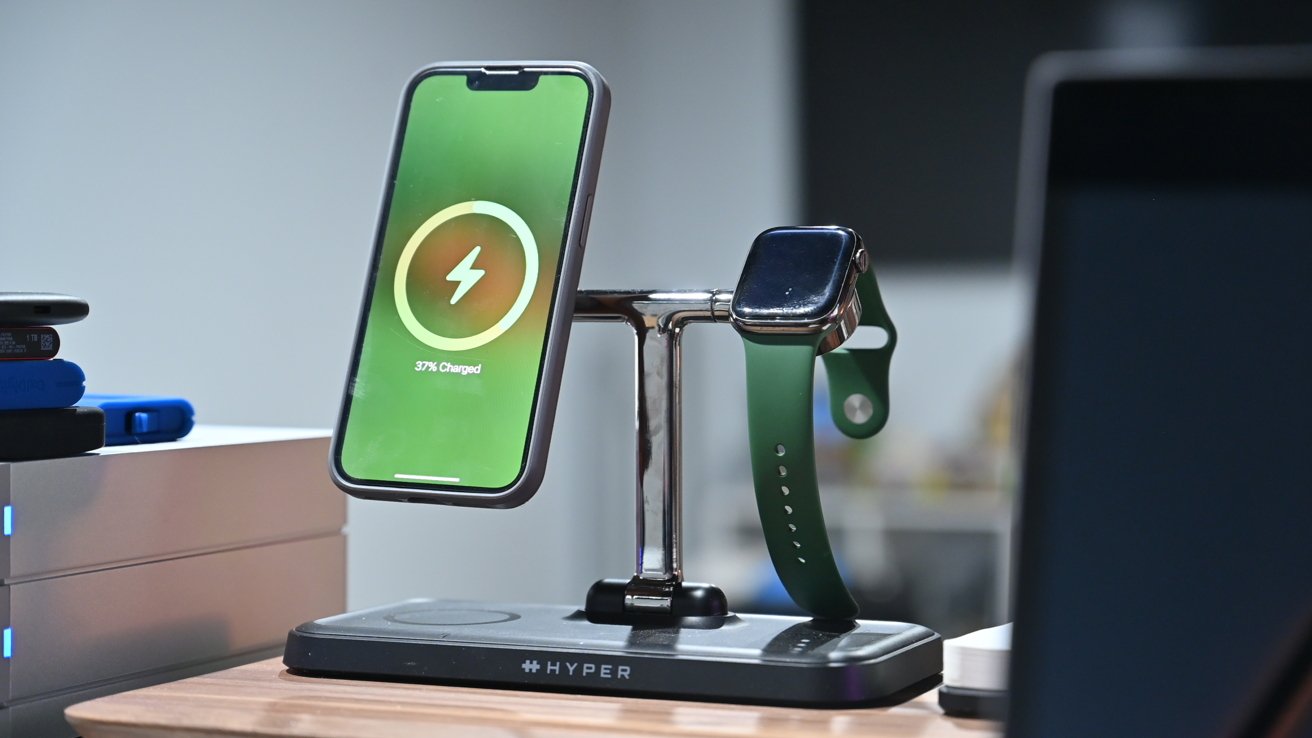 MagSafe charging with the Bellroy ModCase

We tested it with the Apple MagSafe Battery pack without issue and even charged up each night on the Belkin 3-in-1 BoostCharge Pro. As with other leather cases, we noticed a round indentation on the back of the case where the magnets make contact.

This happens with every leather case we’ve tested — including Apple’s — and it isn’t particularly pronounced or an issue for us. 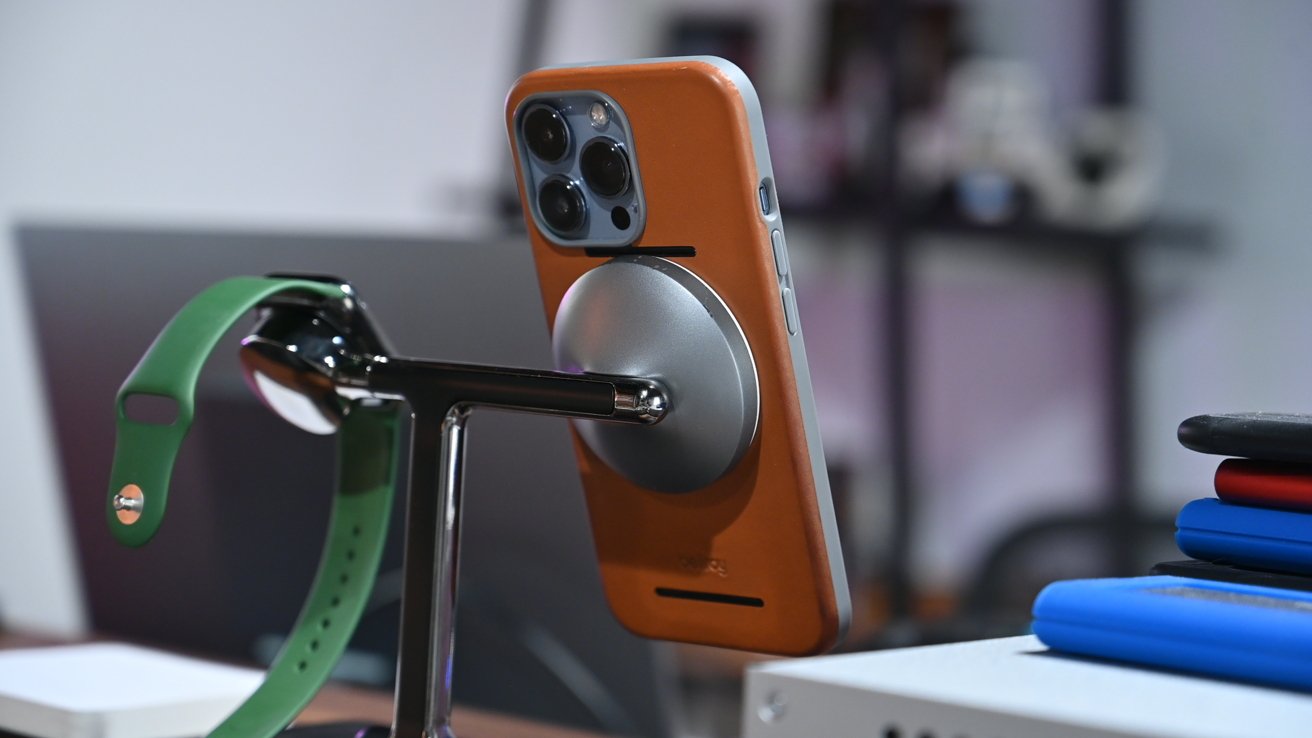 Use any MagSafe accessories with the Bellroy ModCase

The sides of the case have a bit of grip, allowing us to better hold onto the device. As they also wrap around the front of the phone just slightly, it appears to provide ample protection with minimal bulk. Since ditching the massive wallet is the goal here, less bulkiness is best.

With — or without — the bundled wallet, we’ll happily use the Bellroy Mod Case.

To date, we reviewed several MagSafe wallets. We covered Apple’s leather wallet that contains support for Find My, Bullstrap’s with premium leather, Soft can convert to a kickstand, and a high-fashion choice from Labodet. 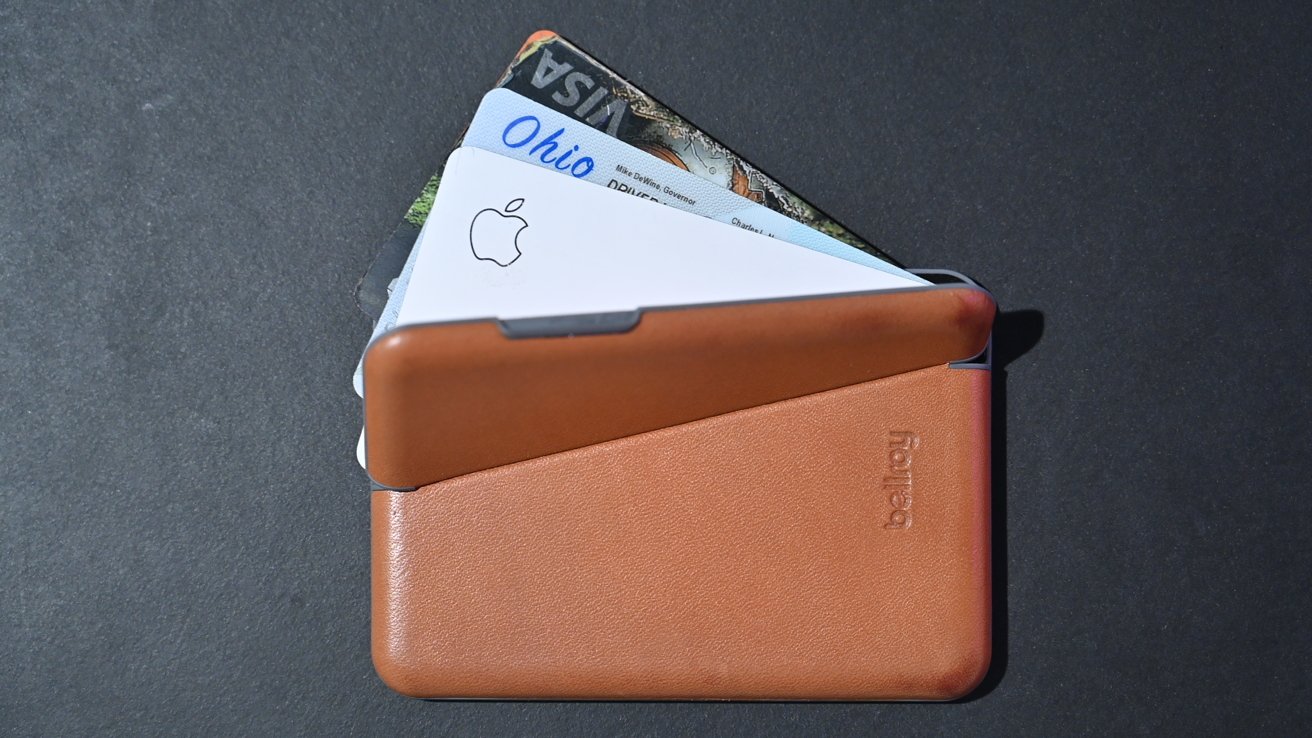 Bellroy’s wallet differs. Instead of a universal wallet that will work with any MagSafe-enabled phone, they only support the company’s own cases.

This isn’t a frivolous attempt to lock users into the brand’s ecosystem, but rather a way to fix one of the most irksome facets of all other MagSafe wallets.

All other wallets connect purely through MagSafe and are held at the correct angle using the lower alignment magnet. But the MagSafe magnets aren’t strong enough on their own to prevent errant removals.

Many users would complain about Apple’s wallet and others slipping off in their pockets or twisting around. To fix this, Bellroy uses the same MagSafe magnets but places two ModRails above and below. 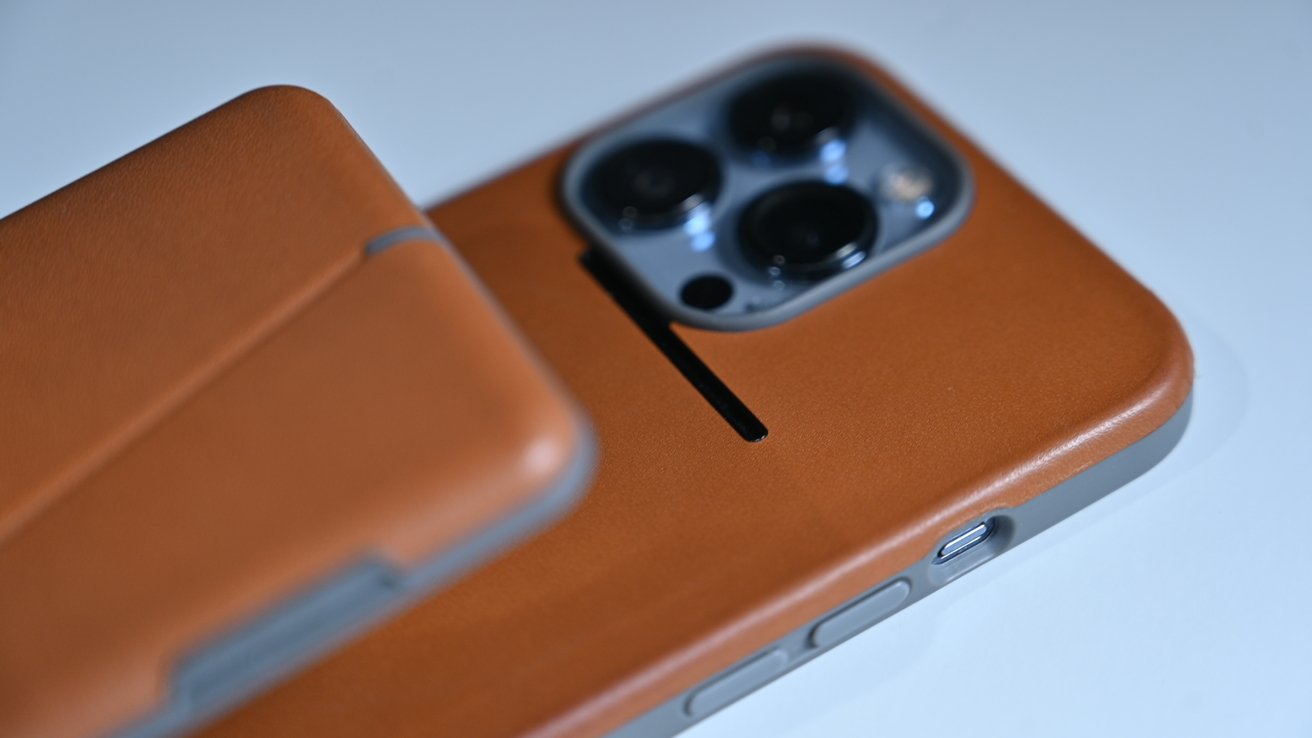 The ModRails slip into the divots on the back of the case to hold it securely when placed. Together, it prevents the wallet from easily sliding off or rotating on its own.

In our past few weeks with the wallet, we never had it accidentally come free when we were not trying to remove it. Plus, it is still remarkably simple to remove when we did want to transition to a MagSafe charger or mount.

The case can safely hold three cards — one more than Apple’s wallet does. We believe three to be the magic number for a wallet. It allows us to keep a credit card, our debit card, and our ID on hand with the addition of our digital Apple Wallet cards.

Another big improvement is how you remove cards. Apple’s wallet requires you to remove the holder from your phone and press through a cutout in the back. 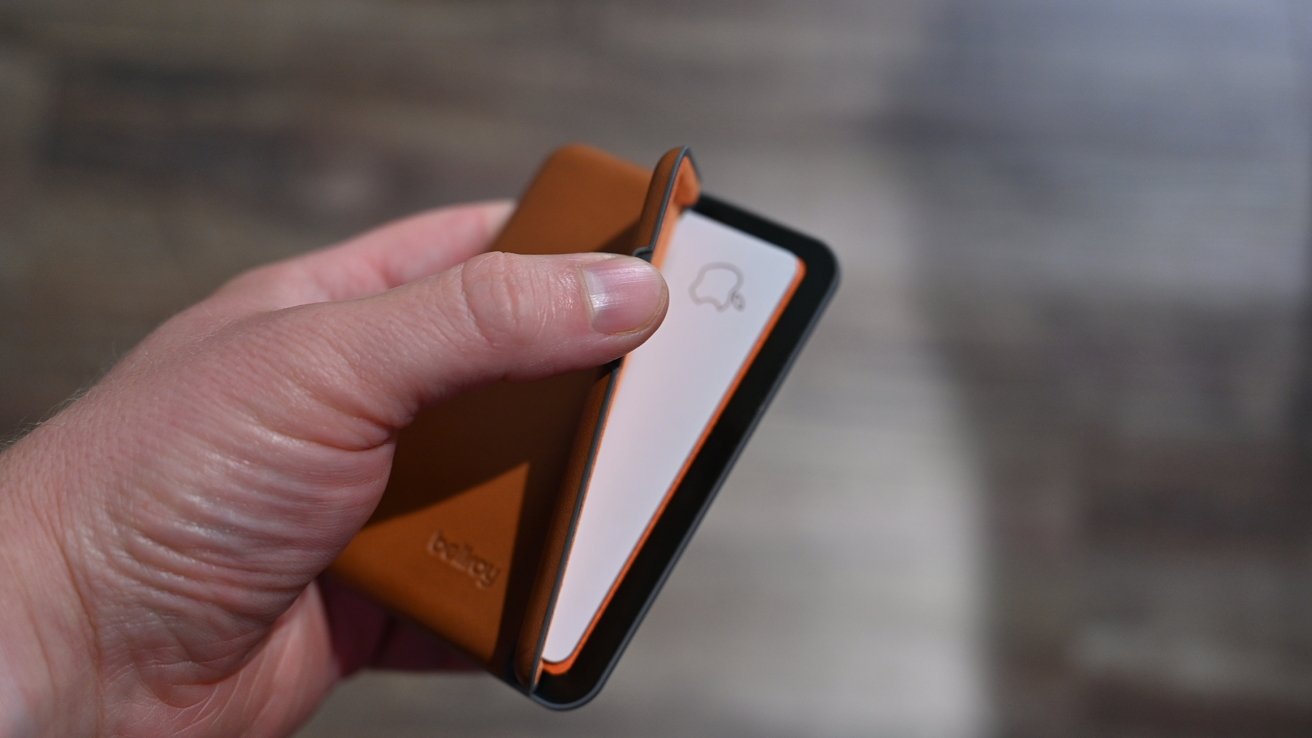 Bellroy’s is fully covered and cards are inserted or removed by opening a flap. The flap is on the right side and can open with your right or left hand.

Thanks to the ModRails, it can also be opened while attached to the back of your iPhone without being removed. This all may sound simple, but these are common pain points with the first-party solution. 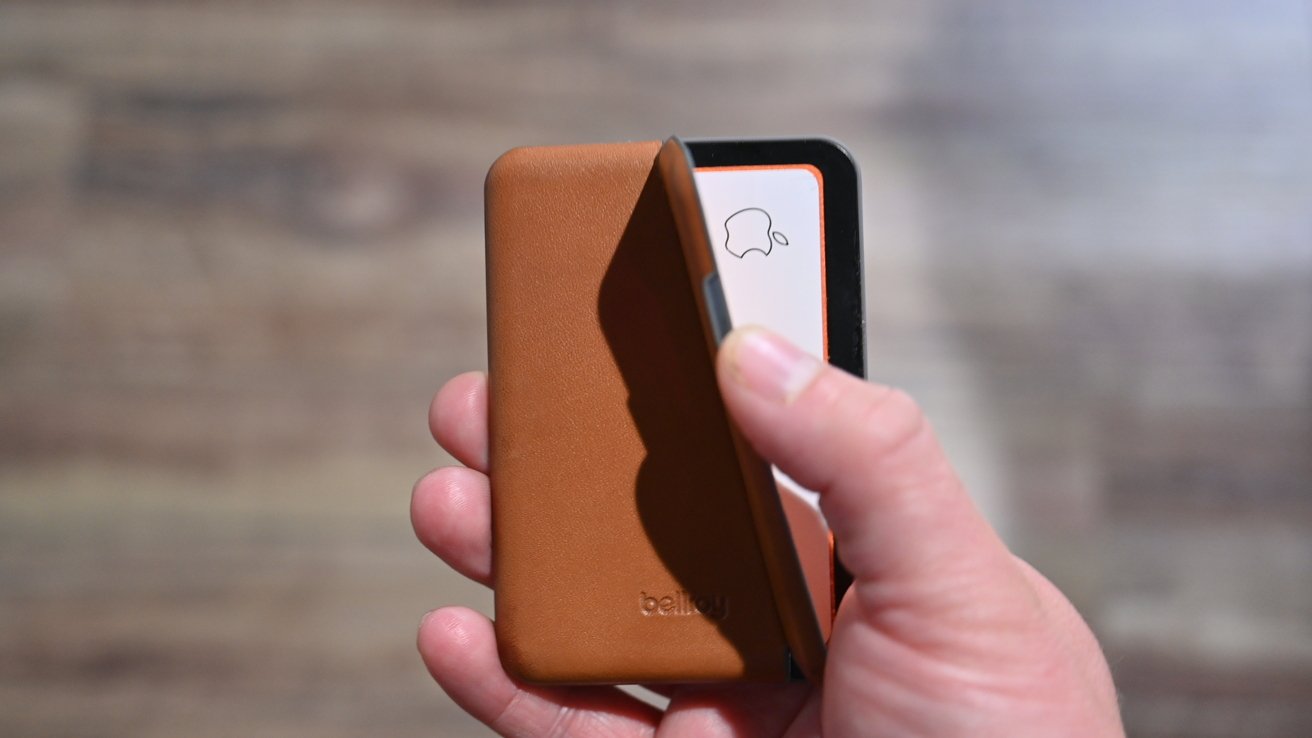 Opening the wallet with the other hand

The leather on the wallet matches that of the iPhone cover giving you a seamless look between the two accessories. Something we didn’t anticipate was how the leather would age.

With the wallet on our phone 75 percent of the time, it left the middle of the phone near-pristine while the edges and top started earning its wonderful patina. You can see this for yourself in some of the highlighted photos above.

The positive side is when we purposefully left our wallet off it allowed the patina to even out, giving a fantastic warm, lived-in look to the case.

With the arrival of MagSafe, we were promised a better future for mobile users who pack small. We weren’t required to choose between a case with a wallet on the back and wireless charging.

But the first wave of wallets was lackluster, mimicking Apple’s partially-flawed design or adding other features while not improving core issues. 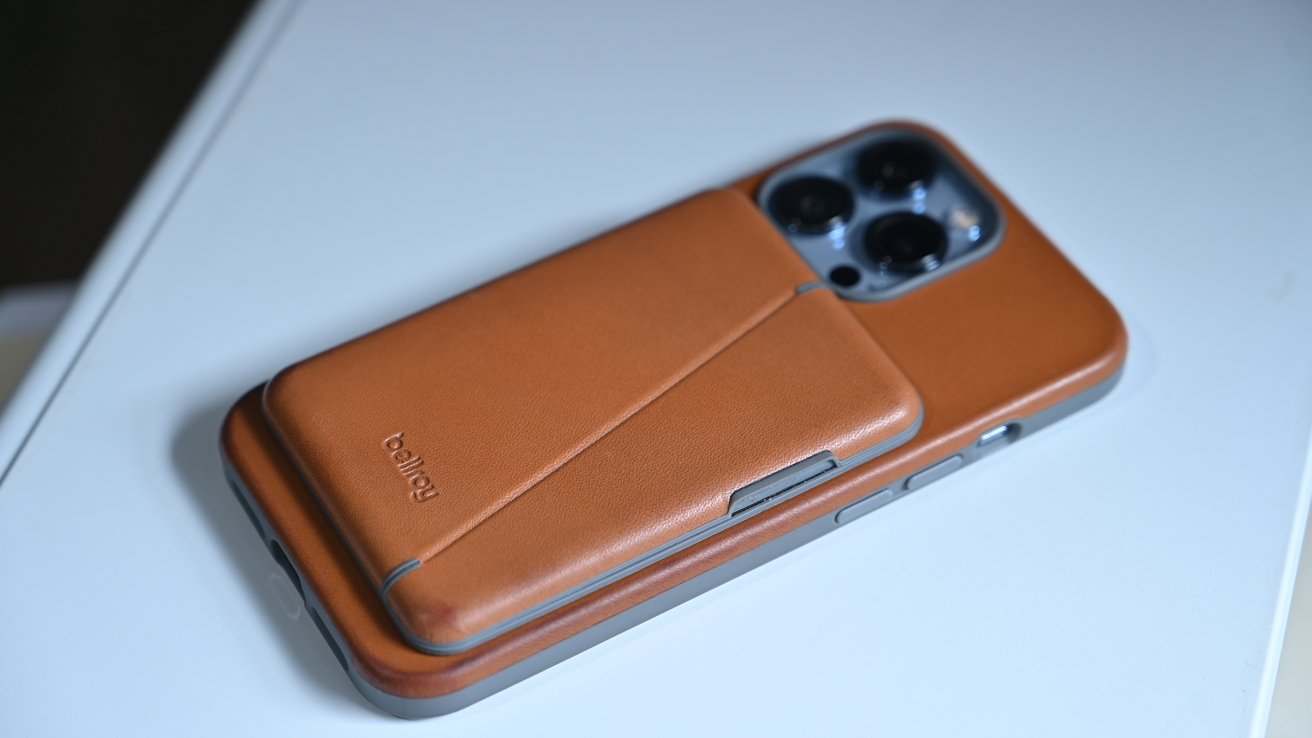 Bellroy ModCase with the wallet attached

As both a case and wallet maker, Bellroy is in a unique position to bring a creative solution to the market that is not just functional but has great aesthetics too. And that’s just what they’ve done.

It does mean you can’t use the wallet with any other cases but it’s a minor downside for an otherwise excellent user experience.

Grab the Bellroy Mod Case and Wallet directly from the leather worker’s website for $99 in one of six colorways for iPhone 13, iPhone 13 Pro, or iPhone 13 Pro Max.

From Rocket League to League of Legends: Koven wants to do a LoL song

How to Transition Decor From Summer to Fall — RISMedia