It’s being rumoured battle royale shooter Apex Legends may get its upgrade for PlayStation 5 and Xbox Series X|S soon.

That’s due to a a listing spotted by Twitter patch tracker PlayStation Game Size. (As spotted by Eurogamer.) It claims a PlayStation 5 version of the game has been added to the PlayStation Network weighing in at 80GB.

Respawn has previously confirmed in a Reddit AMA back in August that a next-gen patch for the game is in development. EA also added “more formal enhancements” are planned for later this year. Currently, both Xbox Series X|S & PlayStation 5 owners play the game via each console’s respective backwards compatibility function.

While no such patch has yet been spotted for the Xbox version, industry analyst MauroNL claims the upgrades should include “boosted resolution, higher graphic fidelity and a 120fps mode” for both consoles. There’s been no comment from EA or Respawn at the time of writing.

Apex Legends is currently in the middle of its eleventh season. It introduced new Legend Ash, who previously appeared as a boss in Titanfall 2. Currently, the game is holding a Dark Depth Event until February 1. Will we see the next-gen patch in time for Season 12? We’ll have to wait and see.

on PC, PlayStation 4, Xbox One 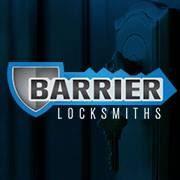 Layoffs Instead Of Special Bonuses? Biglaw Firms Strike Fear Of Unemployment Into Associates’ Hearts – Above the Law

Every GTA Online Money Glitch (NOT Cheat) That Still Works