Last night, the KT Wiz of the Korea Baseball Organization announced agreement on a contract with outfielder Anthony Alford. It’s a $577K deal for the Jet Sports Management client (h/t to Dan Kurtz of MyKBO).

A former third-round pick of the Blue Jays, Alford blossomed into one of the sport’s top outfield prospects in pro ball. The Mississippi native drew plaudits from evaluators for his combination of power and athleticism, and he posted excellent numbers during his time in the low minors. Alford appeared among Baseball America’s top 100 prospects each year from 2016-18 and reached the big leagues in 2017, but he never carved out a permanent role.

Injuries played a significant part in that, as Alford has spent time on the injured list in each of the past six years. A 2017 hamate fracture in his left hand and a fractured right elbow in 2020 have proven the most significant maladies, but he has also had IL stints for hamstring and back issues. When healthy, he’s struggled to make contact against higher-level arms.

Alford has tallied 240 MLB plate appearances between the Jays and Pirates, hitting .209/.275/.368 with a 37.9% strikeout rate. He has popped eight home runs and swiped 11 bases in that limited time, flashing the kind of power-speed impact that had garnered attention. Yet his swing-and-miss concerns have led the Pirates to outright him off their 40-man roster in each of the past two seasons.

Following his most recent outright, Alford elected free agency and signed a minor league deal with the Guardians. He appeared in eight games with their top affiliate in Columbus but has been granted his release to pursue the opportunity with the Wiz. He’ll presumably lock in a loftier salary for the remainder of the season than he’d been receiving in Columbus. Still just 27 years old (28 in July), Alford would no doubt draw interest from affiliated teams down the line if he stays healthy and performs well.

The defending KBO champions, the Wiz have started this season just 20-25. They’ve now signed a pair of former major leaguers during the season in an effort to change their fortunes, adding Alford a week after landing left-hander Wes Benjamin.

KBO teams are limited to carrying three foreign-born players on their roster, so the Wiz released former Diamondbacks outfielder Henry Ramos in a corresponding move. Ramos, who played in 18 games with Arizona last season, hit .250/.304/.417 across 80 plate appearances with the Wiz. Kurtz notes that he hasn’t played since late April after fracturing a toe on his right foot. 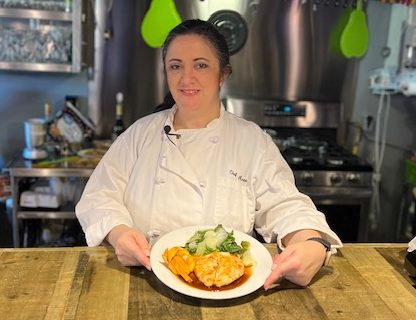 How to make a gourmet Valentine’s Day dinner at home