Analytics MVP 2.0: Who are the best players based on advanced analytics and impact metrics?

As part of a new series at HoopsHype, we are examining who should win the NBA MVP award based on what we can learn from advanced analytics.

For this survey, each impact metric was included because it was considered among the most trustworthy by NBA executives when asked by HoopsHype during this past offseason.

ESPN’s Real Plus-Minus was not included because the data has not been published yet this season. However, if it’s publicly available by our next update, RPM will also be calculated.

Because all of these metrics (except PER) are graded on a per-100 possession scale, we adjusted for playing time by multiplying their impact contribution on each metric by the percentage of possible minutes they have played for their team so far this season.

Only players that made the Top 5 on least one of these nine metrics were included in our rankings below. Some of the most notable omissions include Jayson Tatum, Karl-Anthony Towns, Donovan Mitchell, Trae Young, Jimmy Butler, Zach LaVine, Ja Morant, Devin Booker, and Luka Doncic.

To see who is performing the best based on HoopsHype’s Global Rating, click here. All stats are accurate as of Jan. 17, 2022. 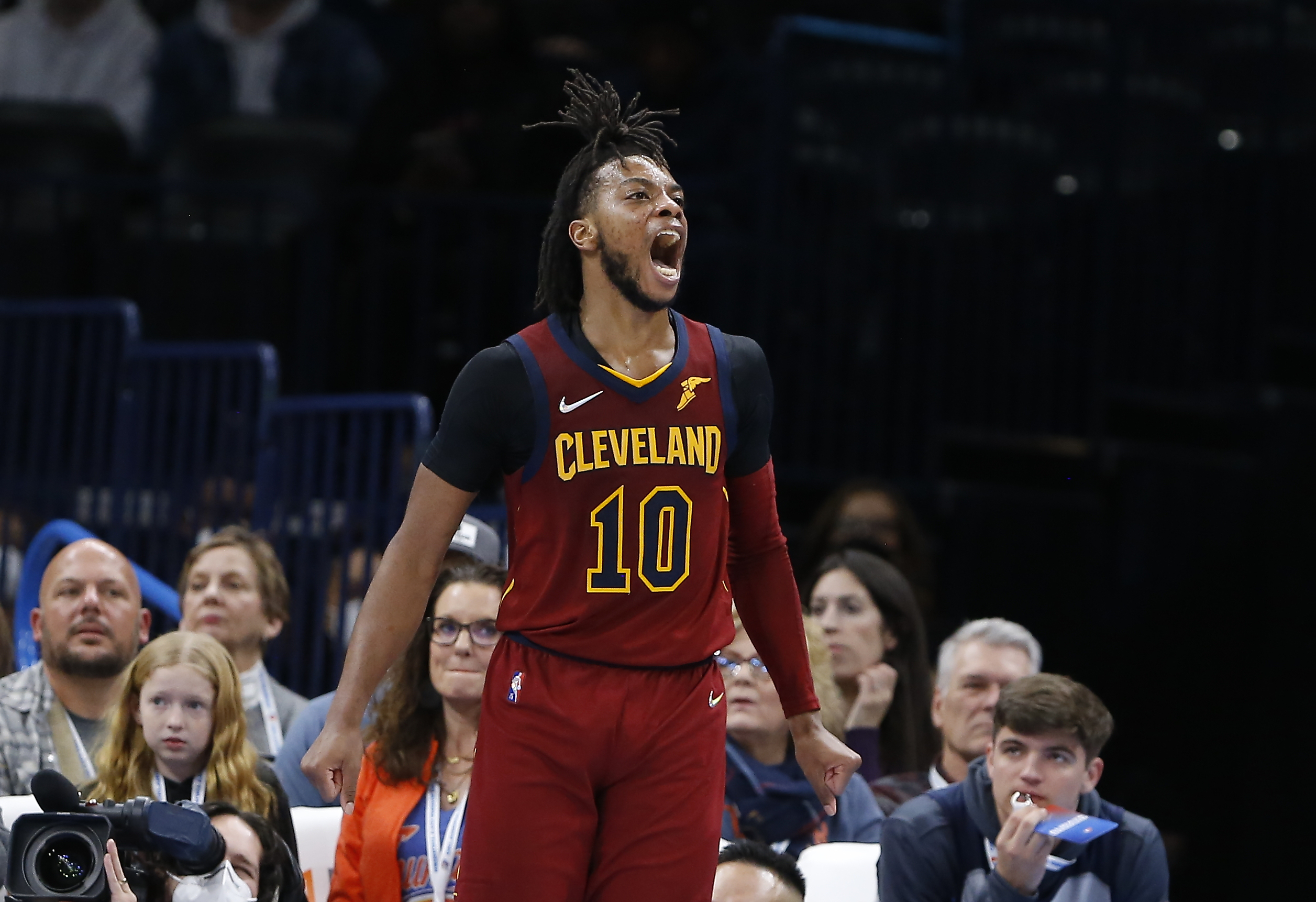 Share of the vote: 1.1 percent of the maximum amount possible

Cavaliers guard Darius Garland deserves consideration to represent Cleveland as the city prepared to host the NBA’s All-Star Game. However, the 21-year-old guard should also earn some momentum for the league’s Most Improved Player. 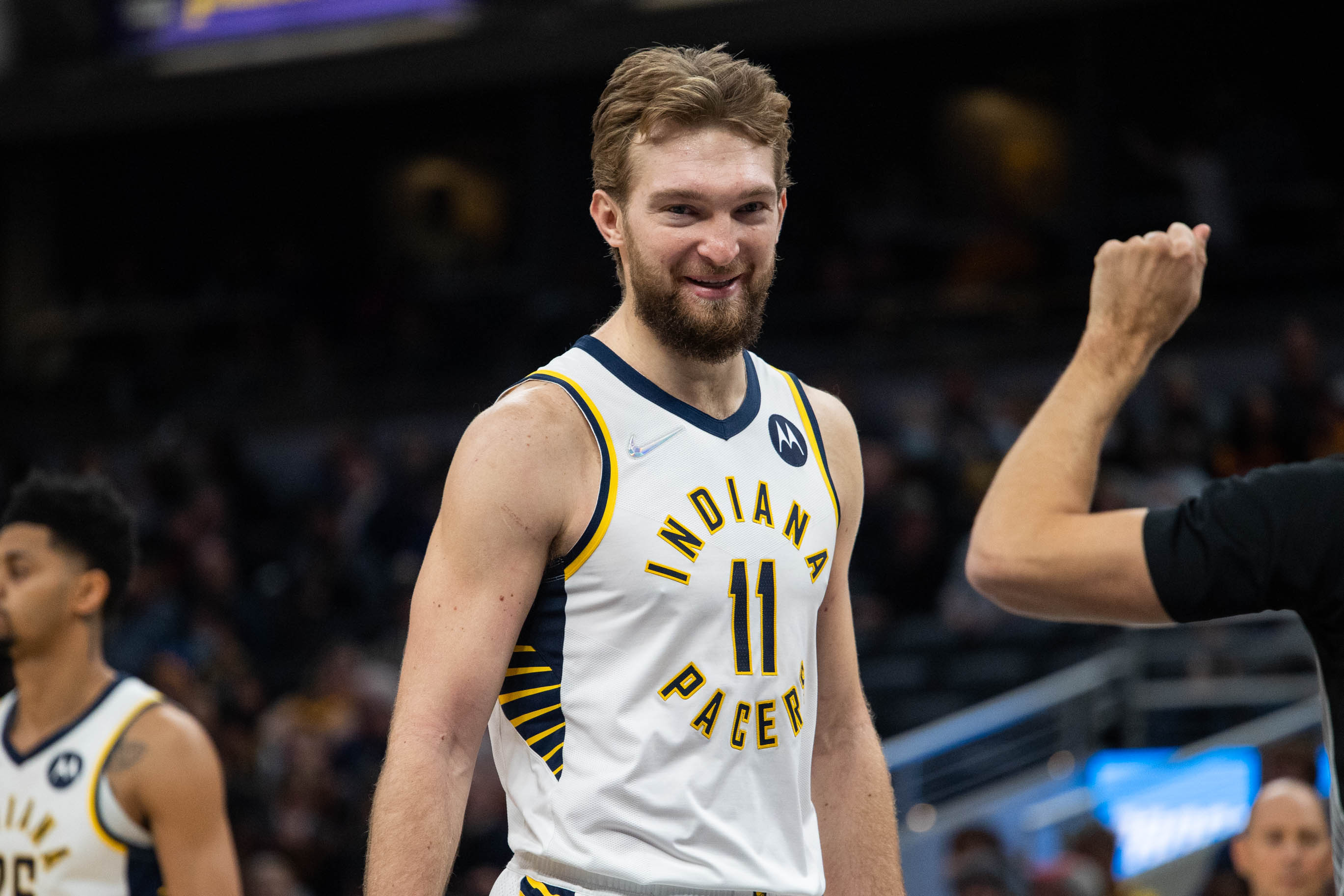 The most surprising player to make an appearance on this leaderboard is Indiana’s Domantas Sabonis, who recently found himself at the center of trade rumors. Sabonis stands out on PER (Player Efficiency Rating). That makes sense considering PER is a metric that historically favors big men and he’s having a career-best season in that particular evaluation.

Take this all with a grain of salt, however, considering PER isn’t considered a particularly trustworthy metric and it’s the only one where he performs exceptionally well. Regardless, while it’s unclear if he will get moved at the trade deadline, there is no doubt that any suitor would land a very talented frontcourt player in such a deal. 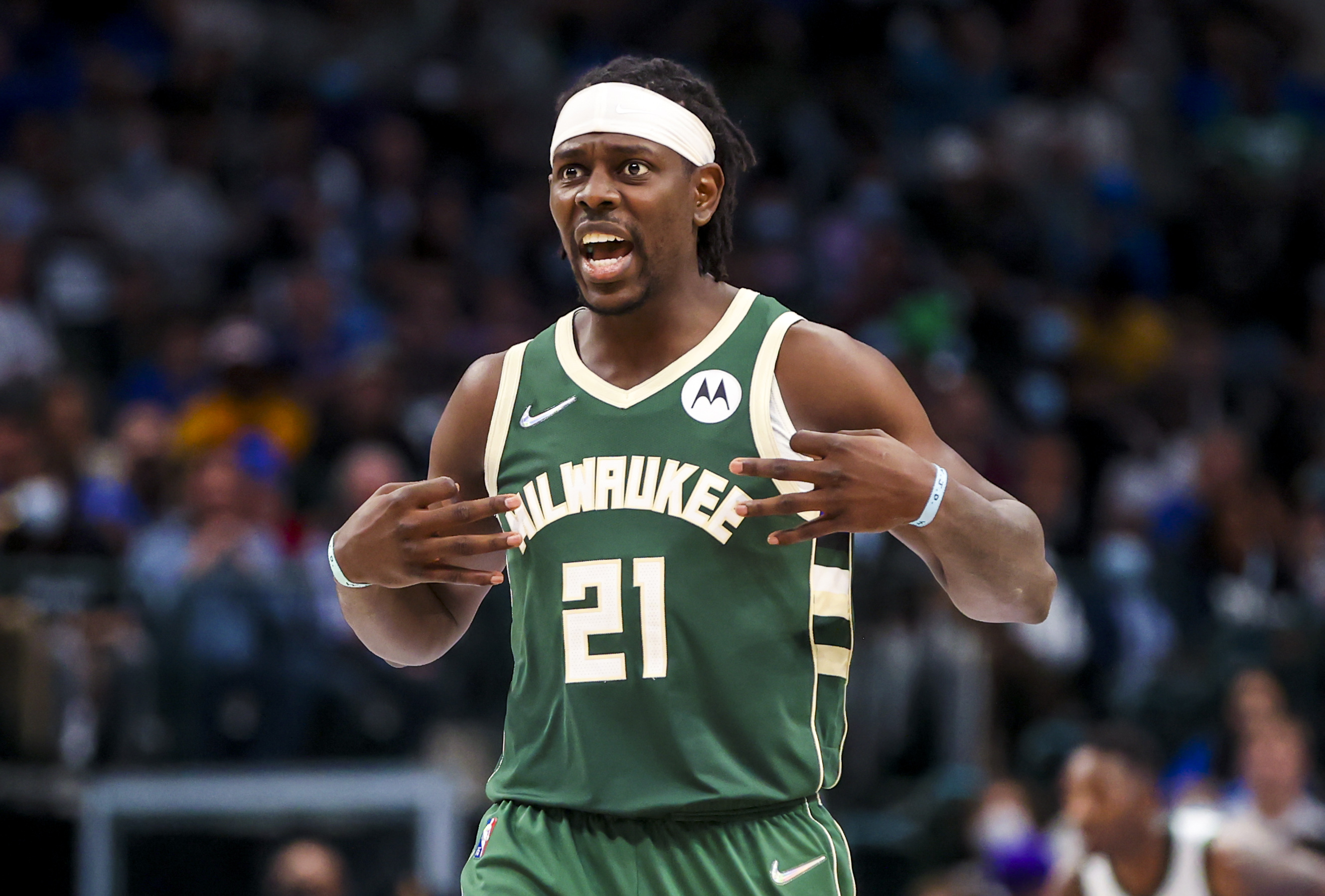 While en route to winning the NBA title, the world learned that Jrue Holiday is one of the most important players in the league. Holiday is a player who doesn’t typically hear his name in the MVP conversation.

But his presence is undeniably integral to the success of his team and he continues to make a positive impact on both sides of the ball even in minutes when he isn’t recording counting stats (e.g. points, rebounds, assists, etc.), which helps him fare particularly well on RAPM. 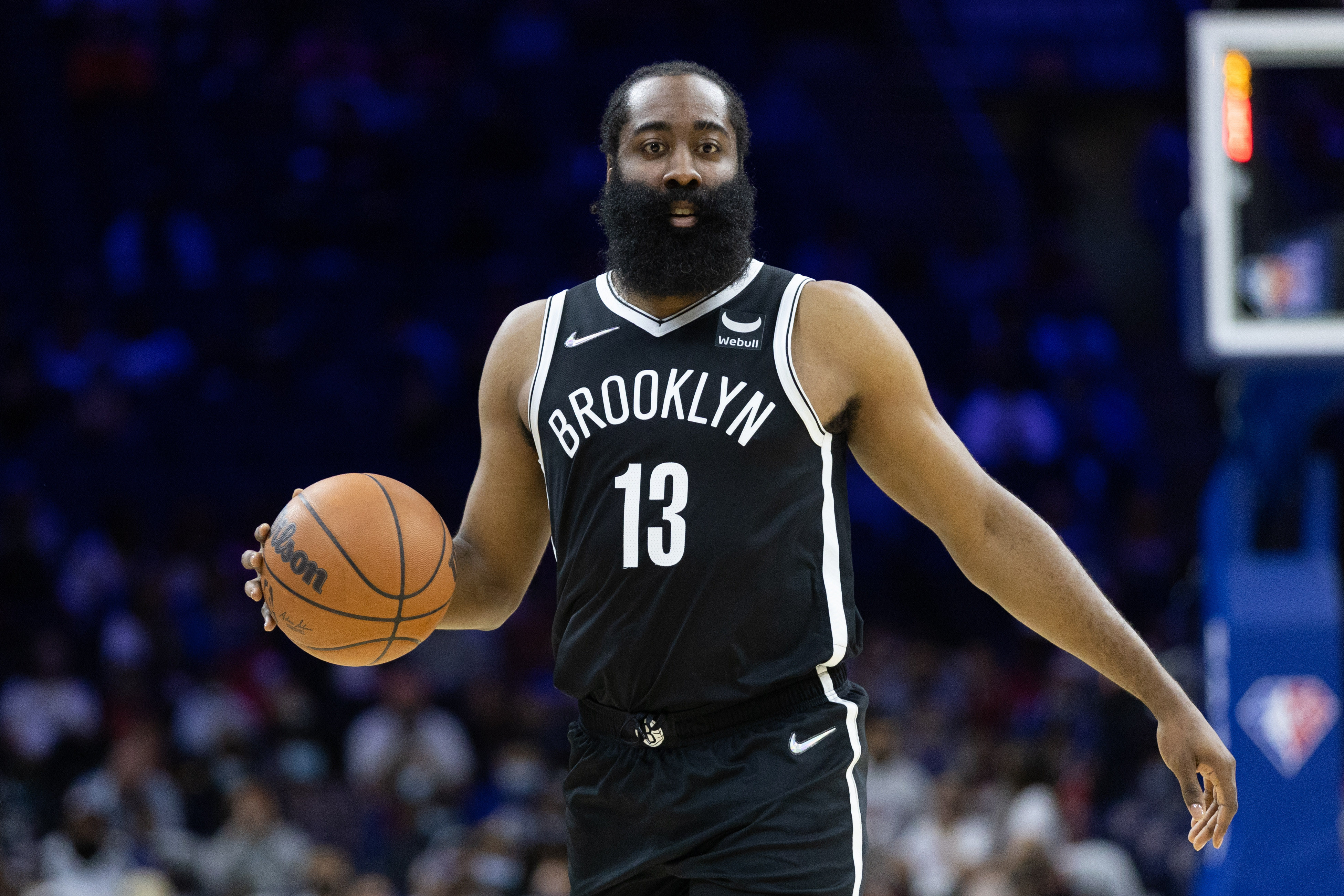 Compared to what we typically expect from the 2018 NBA MVP, Brooklyn’s James Harden had a fairly slow start to the season. However, as the season has continued, his play has improved quite a bit.

Although they have played much of the season without his backcourt partner Kyrie Irving, Harden has helped lead the Nets towards a steady place at the top of the standings in the Eastern Conference. Harden, who leads the league in isolation scoring, stands out as one of the leaders on the Backpicks.com version of Box Plus-Minus. 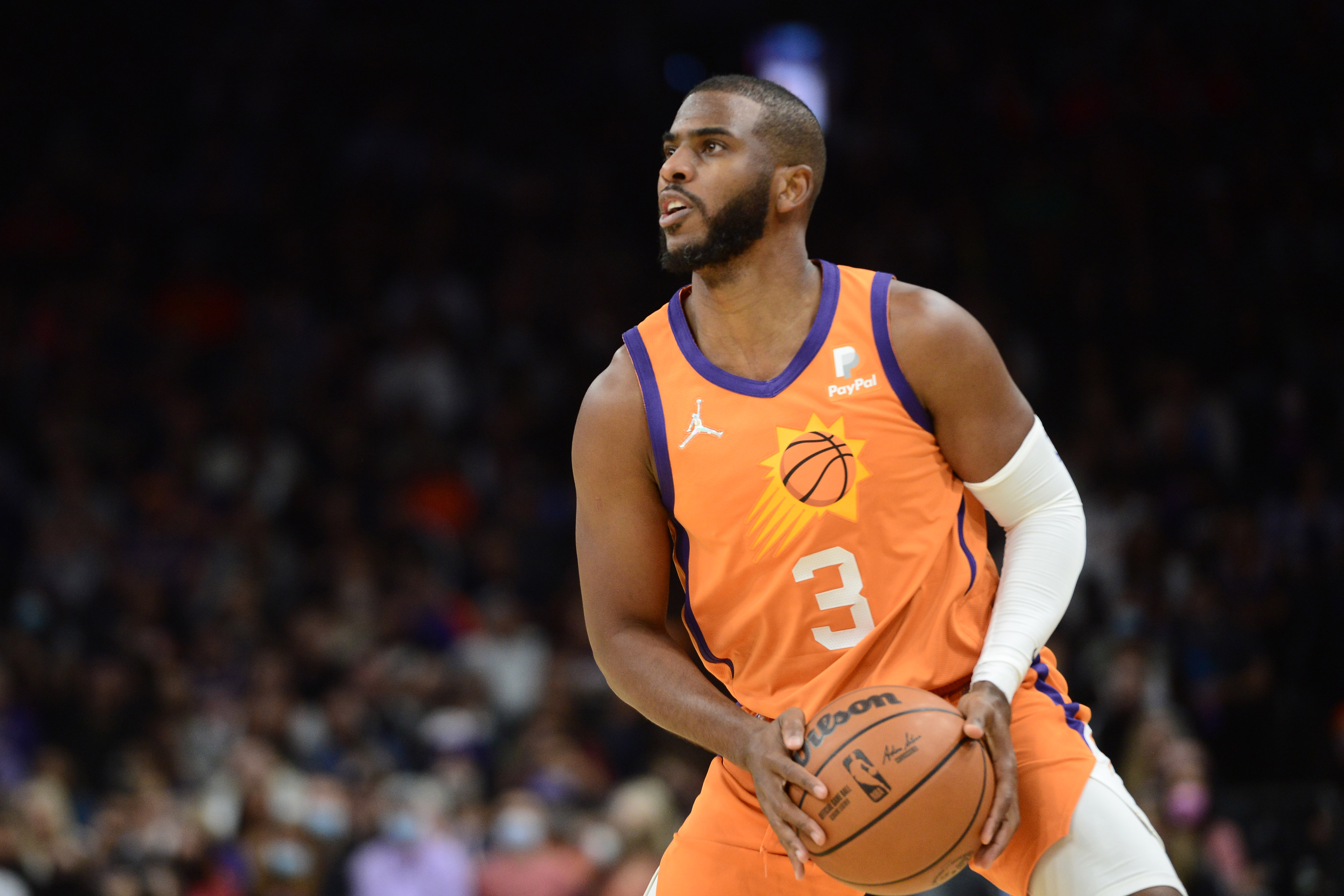 Share of the vote: 4.4 percent of the maximum amount possible

Even at 36 years old, veteran point guard Chris Paul continues to provide tremendous value for his team. There is no way to quantify how much his leadership was able to help his team to win the Western Conference during his first year with Phoenix.

So much of what he brings the Suns doesn’t show up in the box score; two of his teammates are averaging more points per game so far this season. But he contributes to winning in massive ways, which helps explain why Paul is someone who shows up on the leaderboards for multiple advanced metrics. 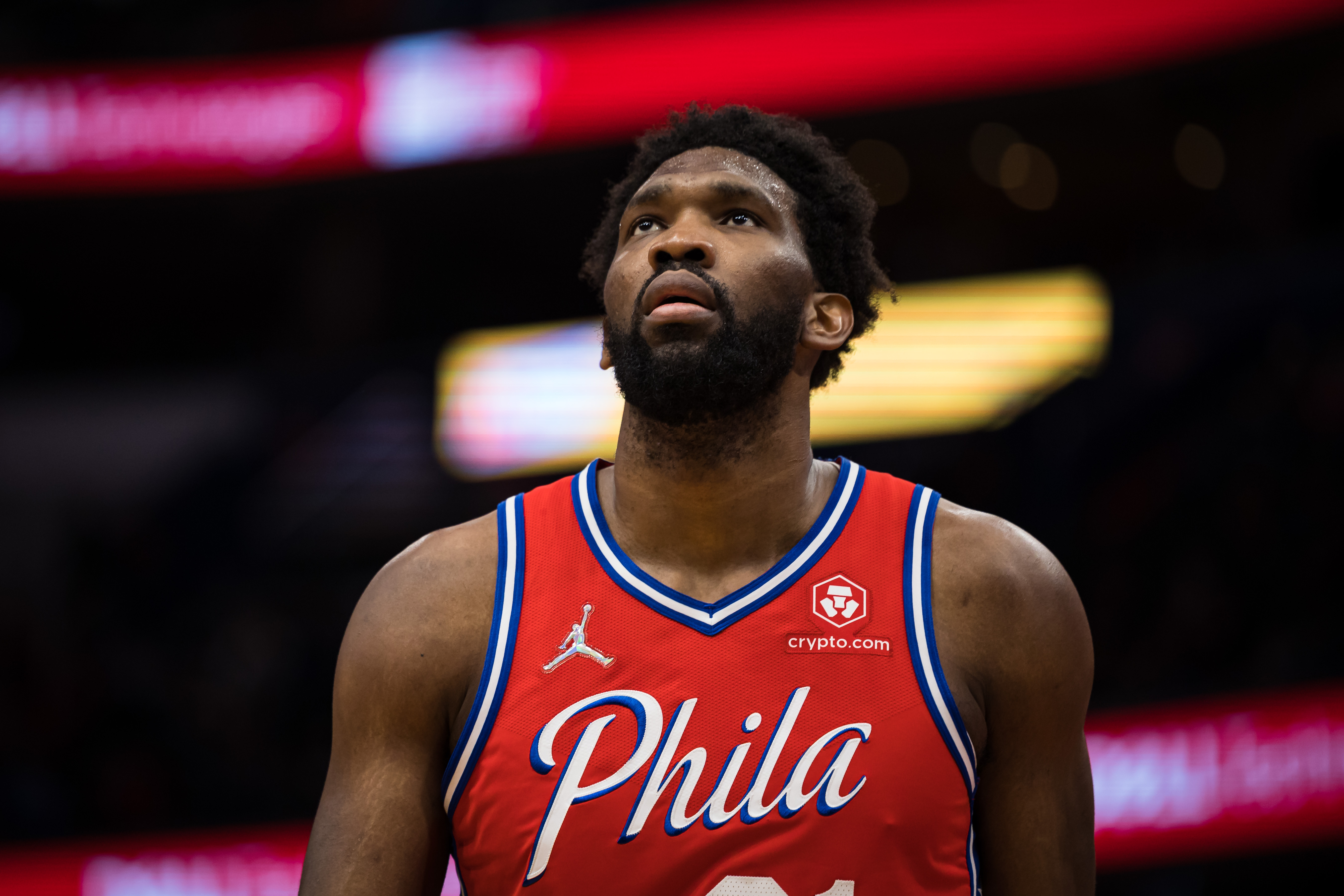 Share of the vote: 6.7 percent of the maximum amount possible

Before the season began, considering that they were set to play the campaign without Ben Simmons, it was relatively unclear what to expect from Joel Embiid and the Sixers.

Although the situation with Simmons is still unresolved, Embiid’s reign as the king of the post is as obvious as ever. He has played particularly well after returning from his bout with COVID-19, averaging excellent marks of 29.7 points and 10.9 rebounds per game in that span.

The big man isn’t as firmly in the MVP conversation this season as he was last season. But he still shows up near the top of multiple leaderboards for advanced analytics. 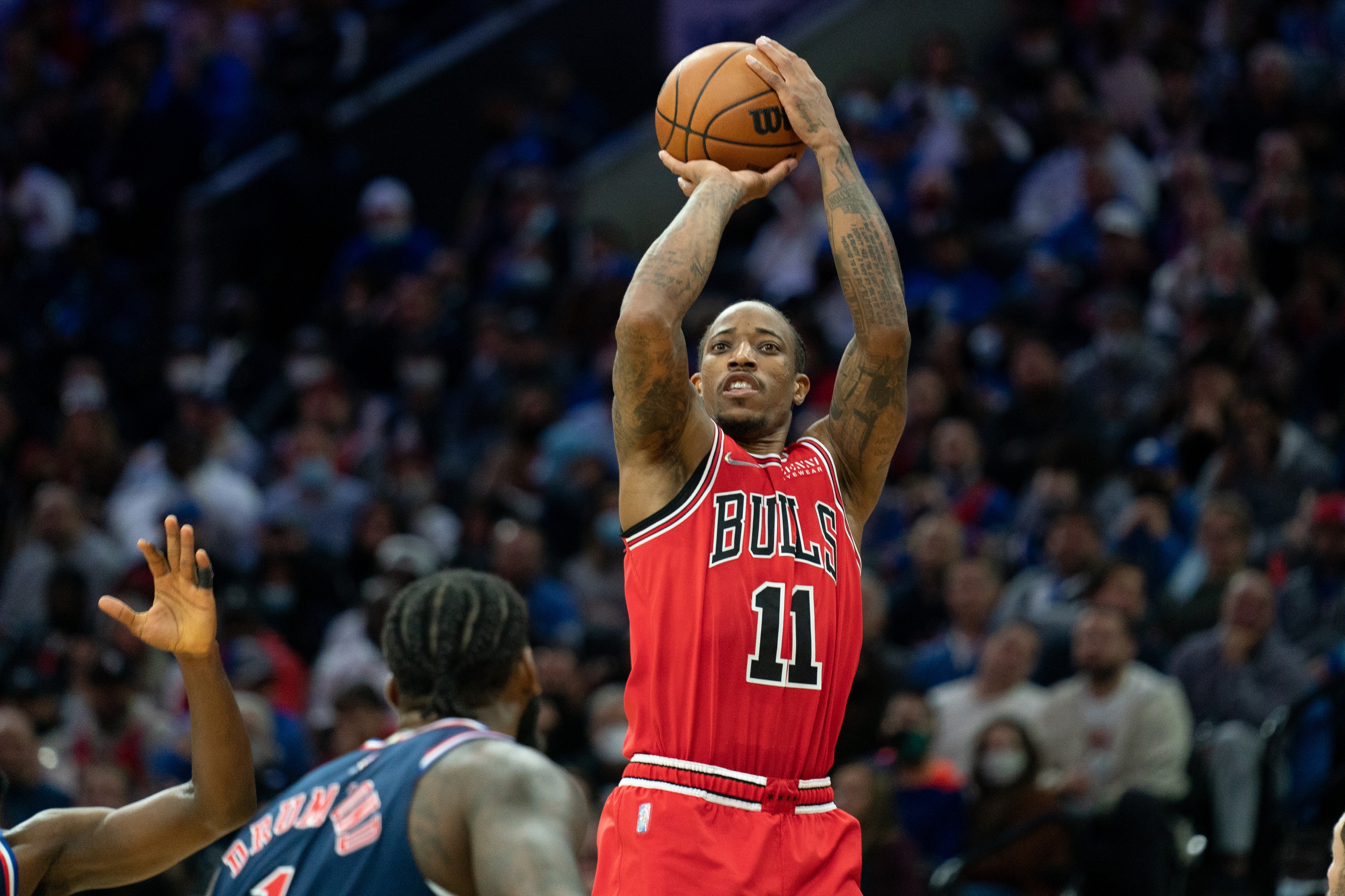 Share of the vote: 8.9 percent of the maximum amount possible

For many basketball fans, one of the biggest surprises of the season thus far is how well DeMar DeRozan has played since joining the Bulls. Chicago’s bold move to acquire the four-time NBA All-Star via sign-and-trade was one of the boldest of the offseason.

But now more than halfway through the season, it’s clear that it was a smart decision. After adjusting for playing time, he is the leader in RAPM among all players in the Eastern Conference. 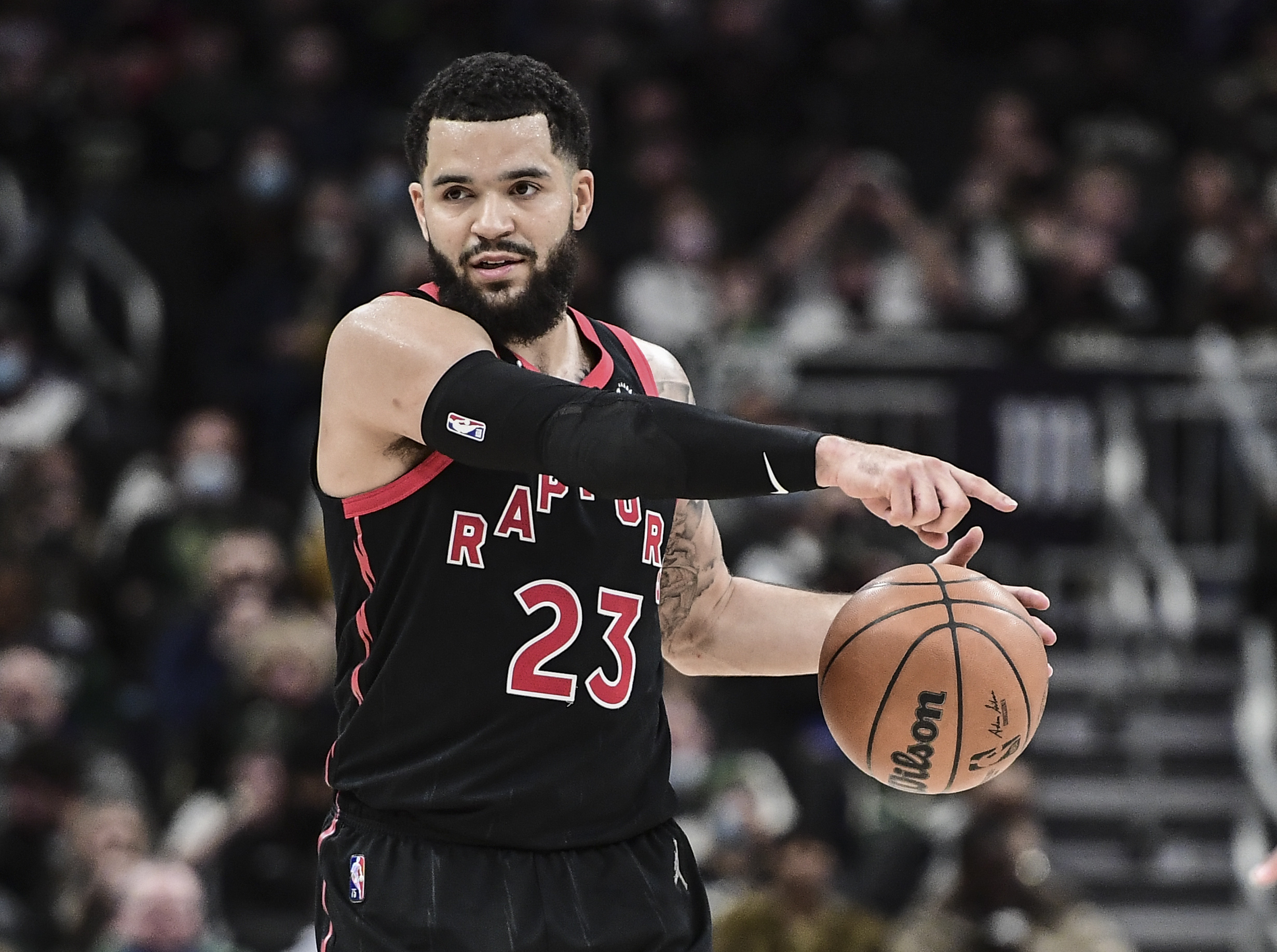 Share of the vote: 8.9 percent of the maximum amount possible

Sometimes, especially considering how many teams have failed to find a rhythm as players continue to enter health and safety protocols, the best ability is availability. That’s particularly applicable to Toronto guard Fred VanVleet, who currently leads the league in total percent of minutes played for their team in 2021-22.

As one of the most efficient and productive players in the league when shooting off the catch, VanVleet could become just the fifth undrafted player to make an All-Star team this season. Once factoring minutes played, the Raptors guard ranks second-best in FiveThirtyEight’s RAPTOR. 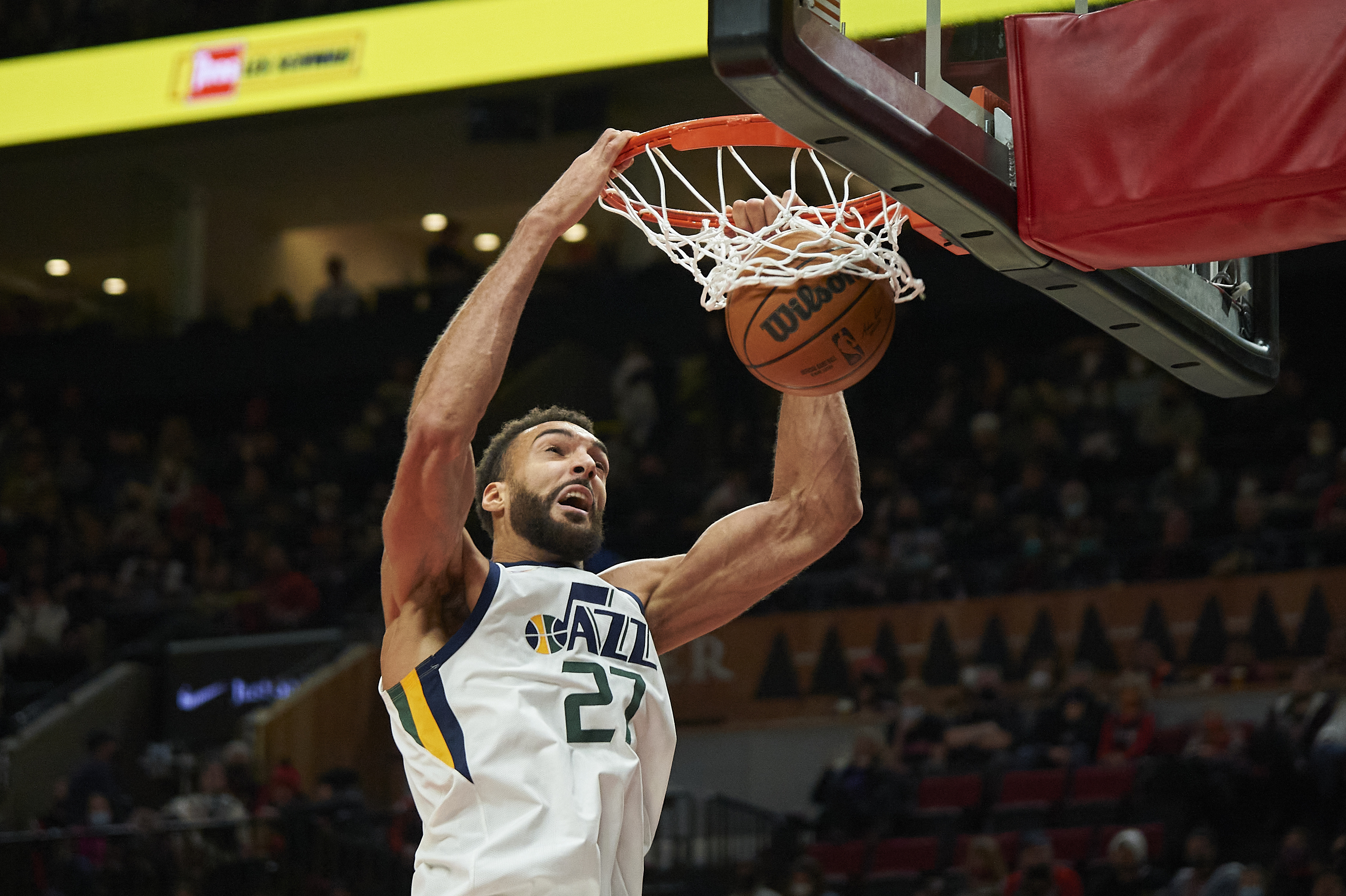 Share of the vote: 13.3 percent of the maximum amount possible

Although it’s hard for statistics to properly quantify defense, Utah’s Rudy Gobert still shows up as one of the most impactful players in the NBA. His minutes-adjusted score ranks second-best on BBall-Index.com’s LEBRON and third-best on FiveThirtyEight’s RAPTOR.

Gobert, who is a three-time winner of the NBA’s Defensive Player of the Year, is one of the main reasons why the Jazz have dominated in the regular season over the past few years. 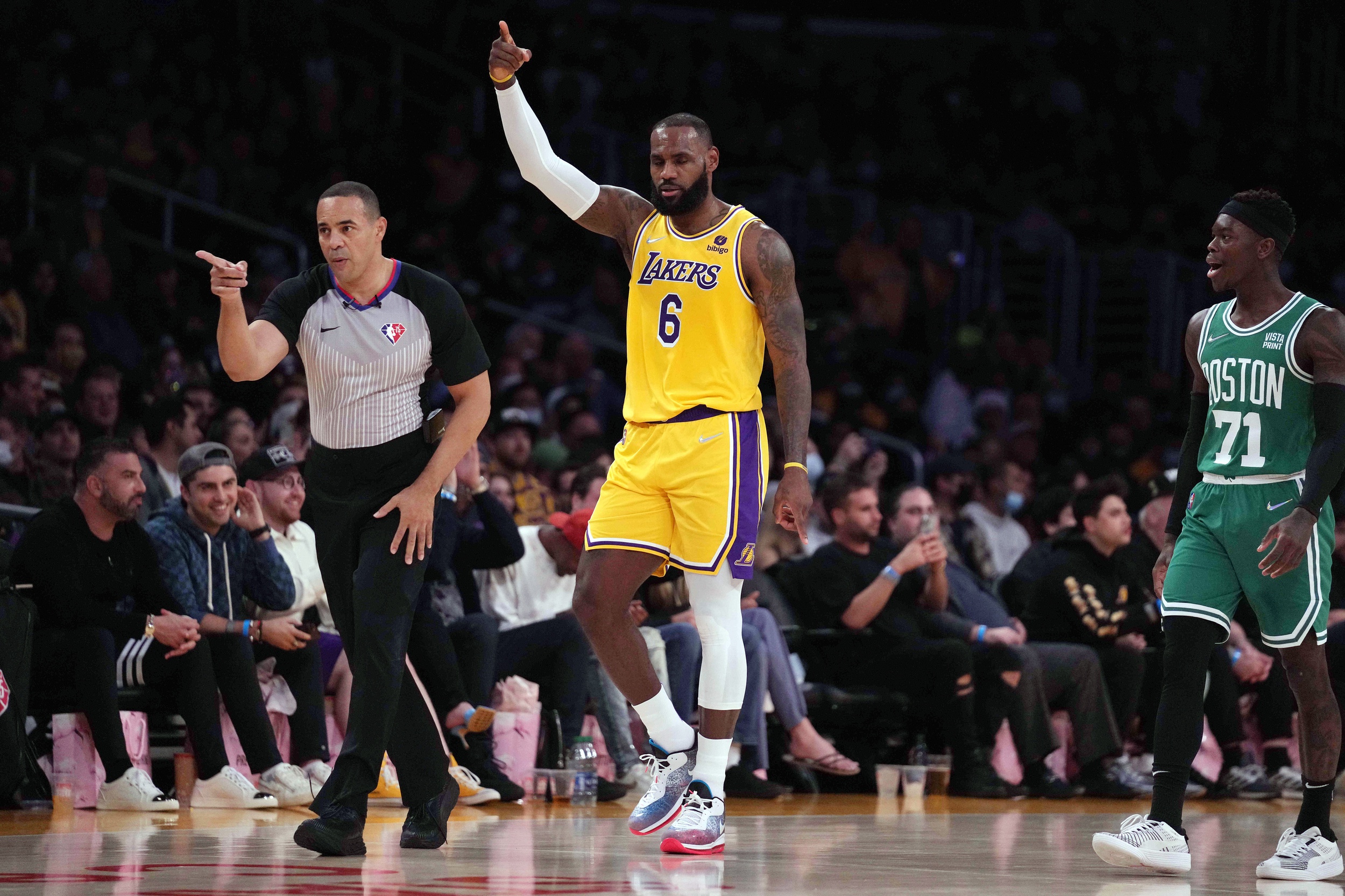 Share of the vote: 15.6 percent of the maximum amount possible

One of the reasons why it’s particularly frustrating to watch the Lakers struggle relative to their preseason expectations is because LeBron James is having such an exceptional season. He has managed to score at least 30 points in 19 of the 32 games he has played thus far.

James appears in the top 5 for multiple leaderboards (EPM, BPM, DPM, and DRIP) and he currently ranks second-best in DARKO’s Daily Plus-Minus, which is a predictive tool. But at 37 years old, it’s hard to imagine he has too many of these types of seasons left in the tank. While he is able to perform at this caliber, it’s worth singing his praises. 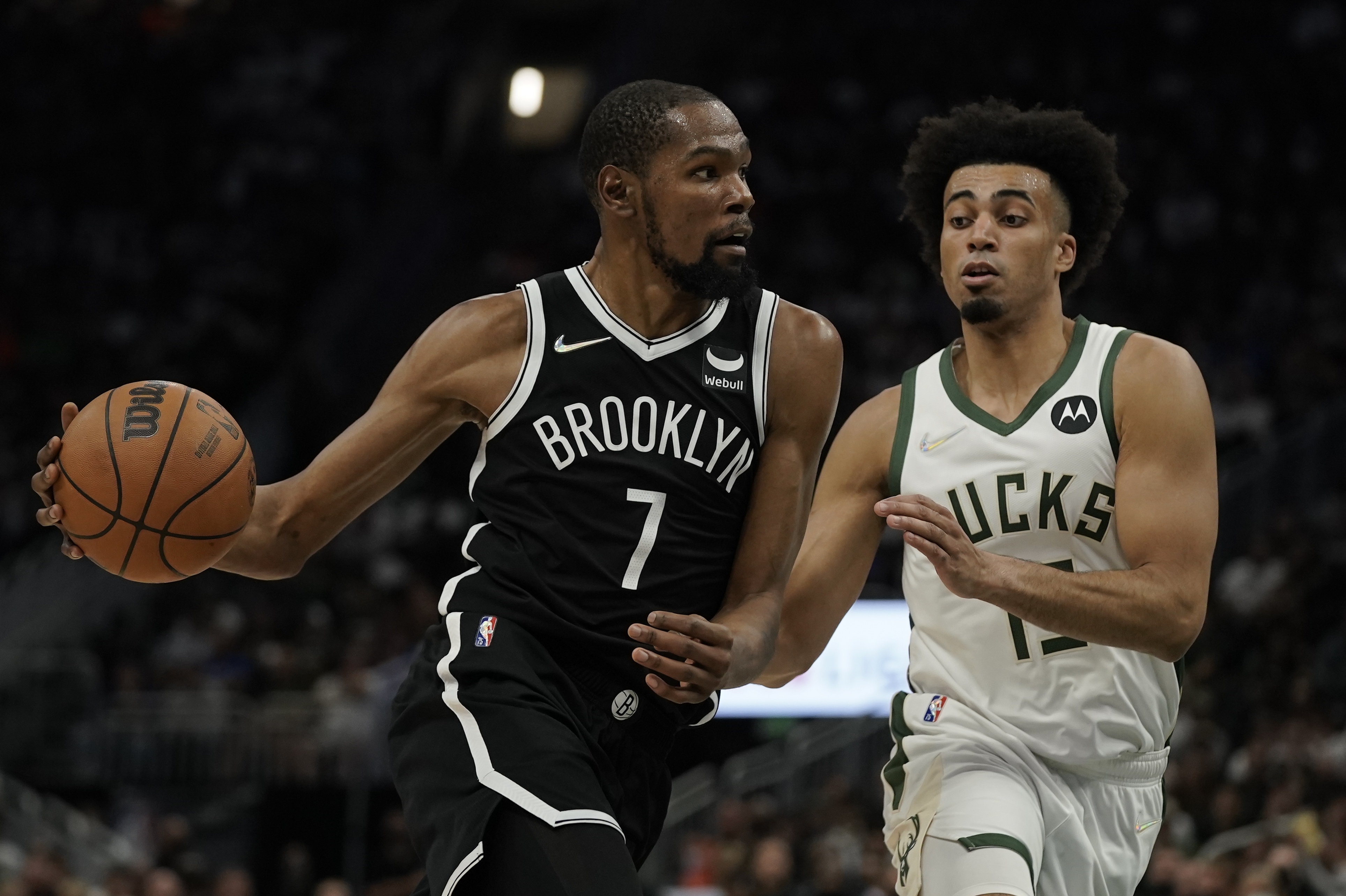 Share of the vote: 24.4 percent of the maximum amount possible

It’s incredibly disappointing that Kevin Durant has to miss extended time for the Brooklyn Nets. The two-time NBA Finals MVP was enjoying a campaign in which he potentially could have won his second-ever regular-season MVP award.

Before the injury, Durant made appearances in the top 5 on leaderboards for both versions of Box Plus-Minus (Backpicks and Basketball-Reference), as well as PER (Player Efficiency Rating) and DRIP (Daily Rating of Individual Performance). Each of those metrics is calculated in very different ways so it’s outstanding to make an appearance in all of them. 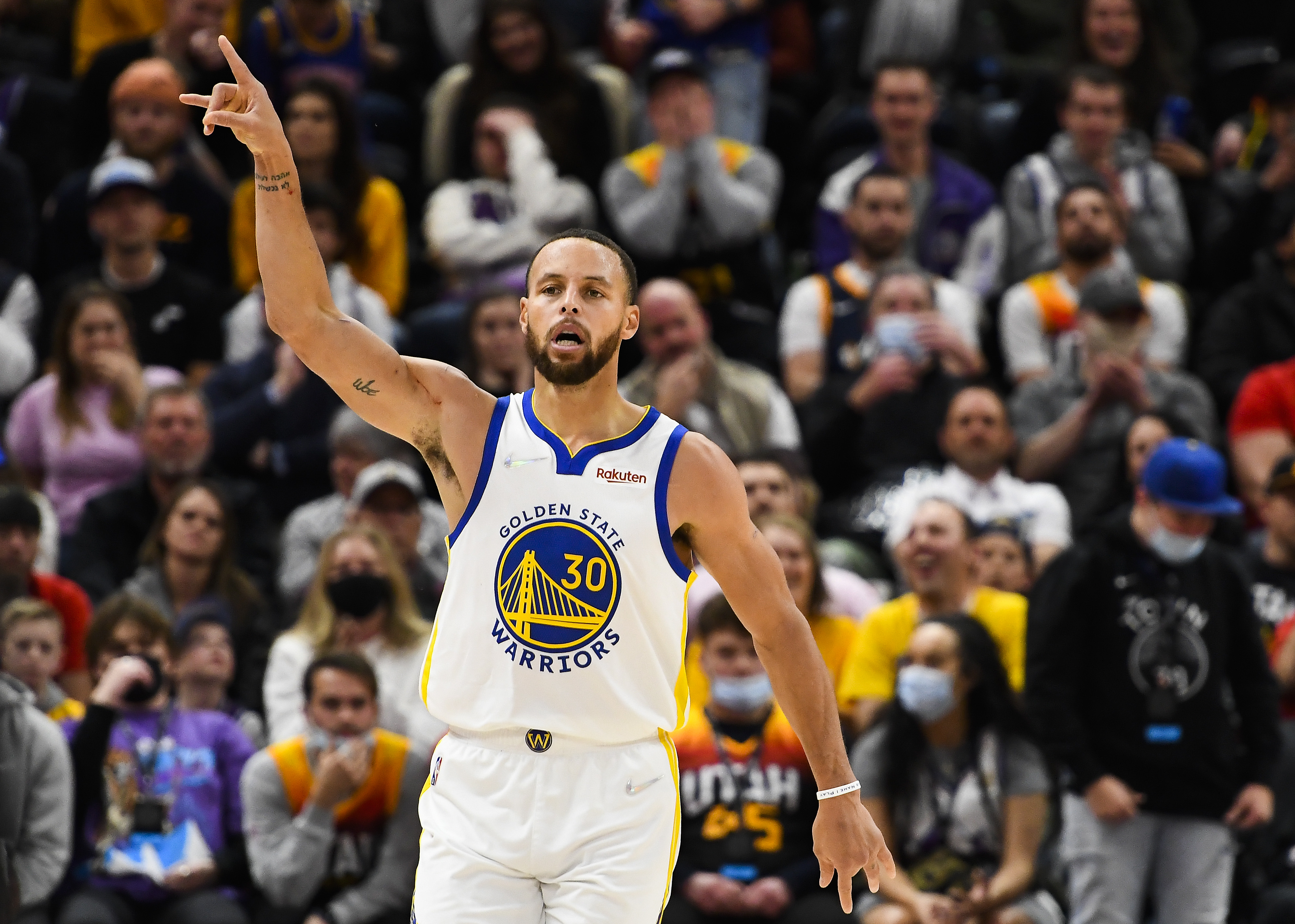 Share of the vote: 36.7 percent of the maximum amount possible

Now that Durant is injured, advanced analytics and early predictions from likely media voters both agree that Golden State’s Stephen Curry is one of the three players most likely to win the 2022 NBA MVP.

Even though the raw numbers tell us Curry’s scoring is down and he is having the least efficient season of his career from the field and from the three-point line, the superstar is still leading all players in both DRIP and RAPM. He is essential to the success that the Warriors have had and he is arguably the main season his team has the second-best record in the NBA so far this season. 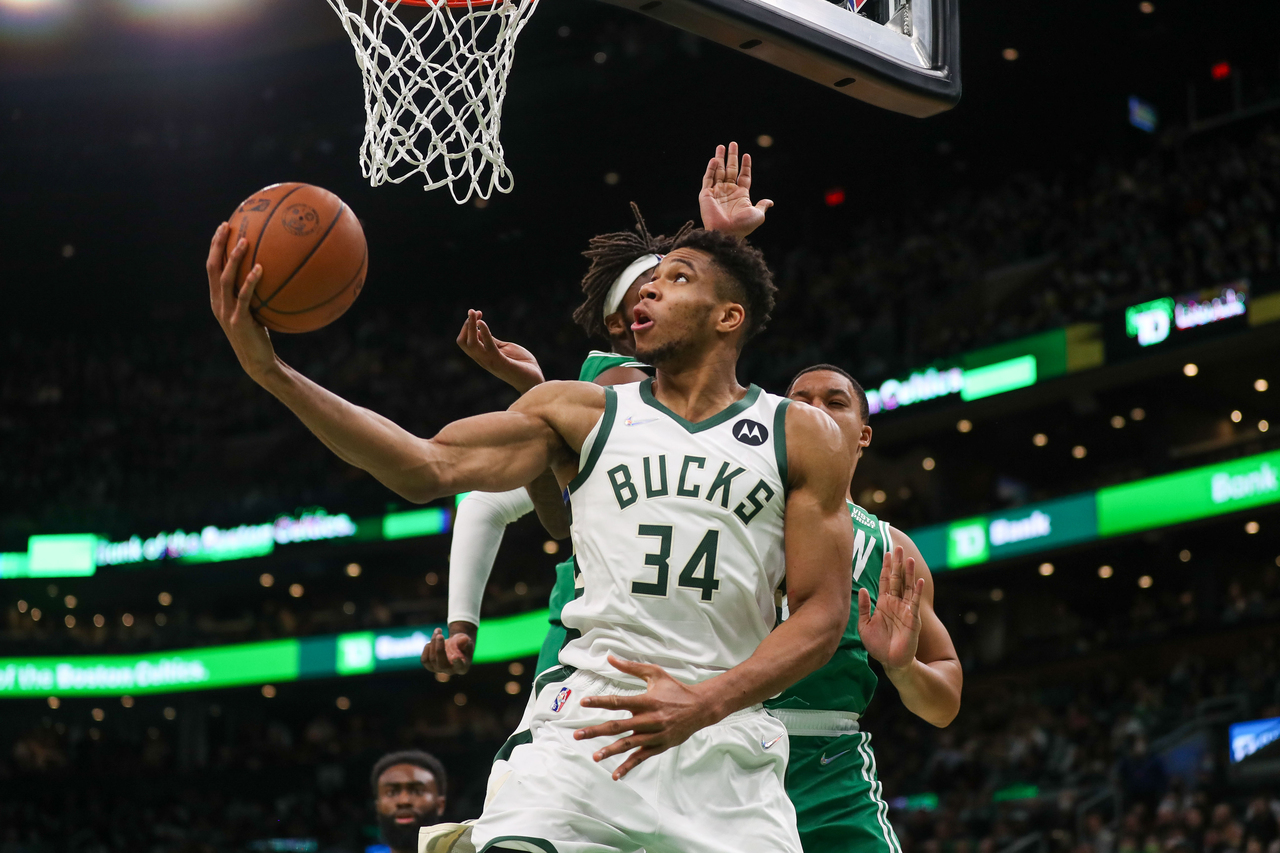 Share of the vote: 44.4 percent of the maximum amount possible

The 27-year-old superstar leads all players in DARKO’s DPM and also ranks within the top 3 for EPM, LEBRON, PER, and both versions of BPM. He was already one of the best scorers and defenders on the planet but he’s also having his best season ever as a playmaker, averaging 6.1 assists per game. 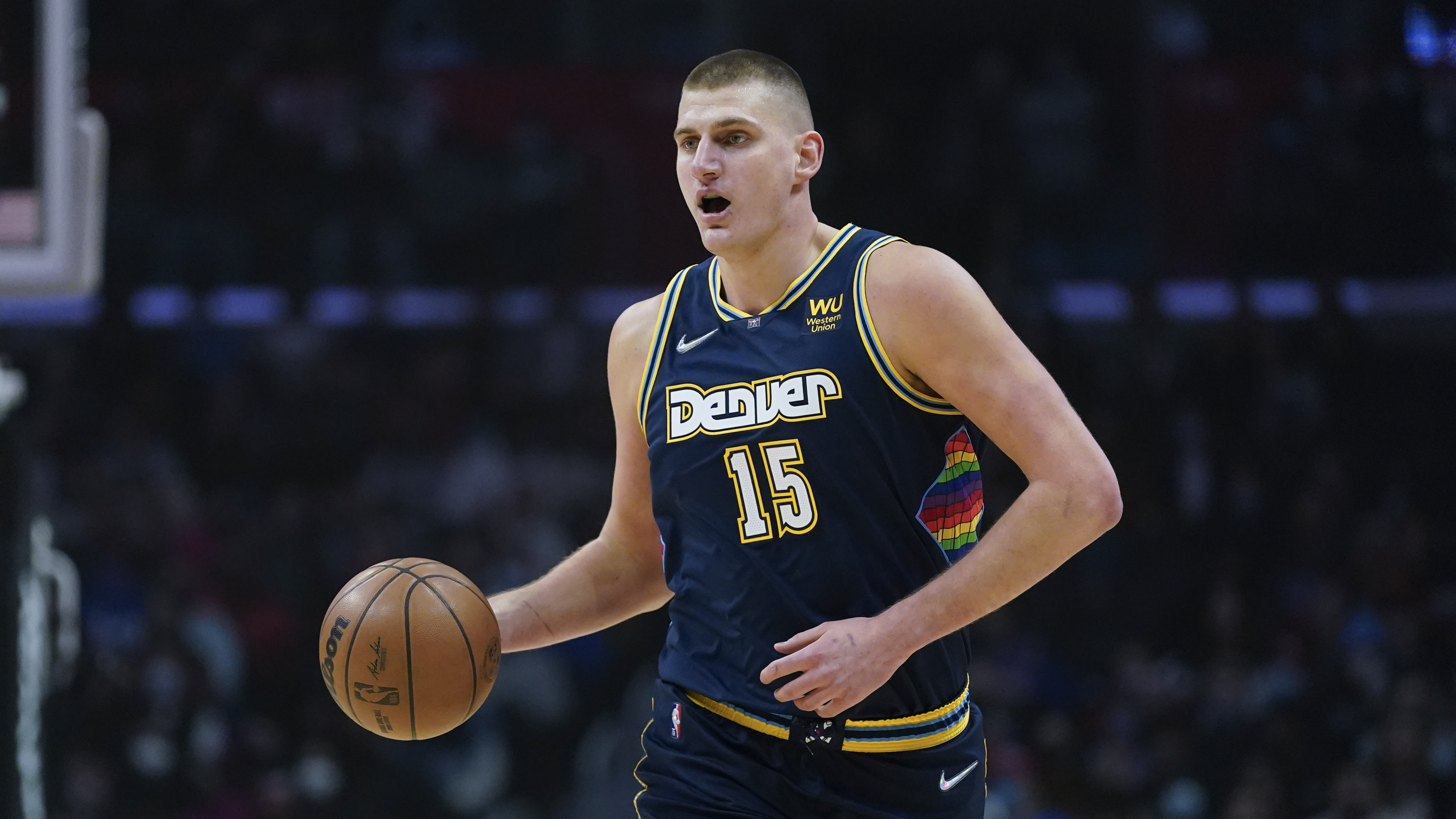 Share of the vote: 85.6 percent of the maximum amount possible

Jamal Murray is injured so the Nuggets aren’t playing as well as they did last season. But that isn’t because of Nikola Jokic. According to PBPStats, the Nuggets are outscoring opponents by 20.9 points per 100 possessions better when Jokic is on the court compared to when he is not. Jokic is also averaging more rebounds, blocks, steals, and three-pointers than he did when he won MVP this past season.

As of right now, Jokic is currently the runaway leader for analytics MVP. He is the only player ranked in the Top 5 on each of the advanced metrics we examined and he leads all players in EPM, LEBRON, RAPTOR, PER, and both versions of BPM. Stats aren’t everything but Jokic may be getting a bit underrated. 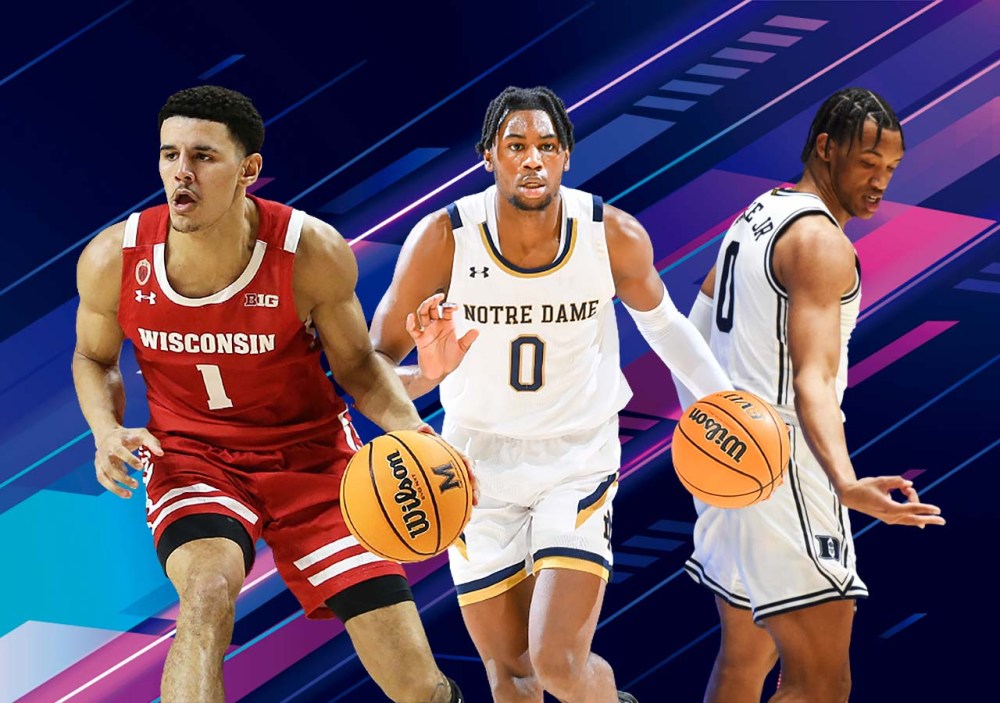 Top 10 web series and TV shows in the world as per IMDb: Scam 1992, Breaking Bad, Rick and Morty 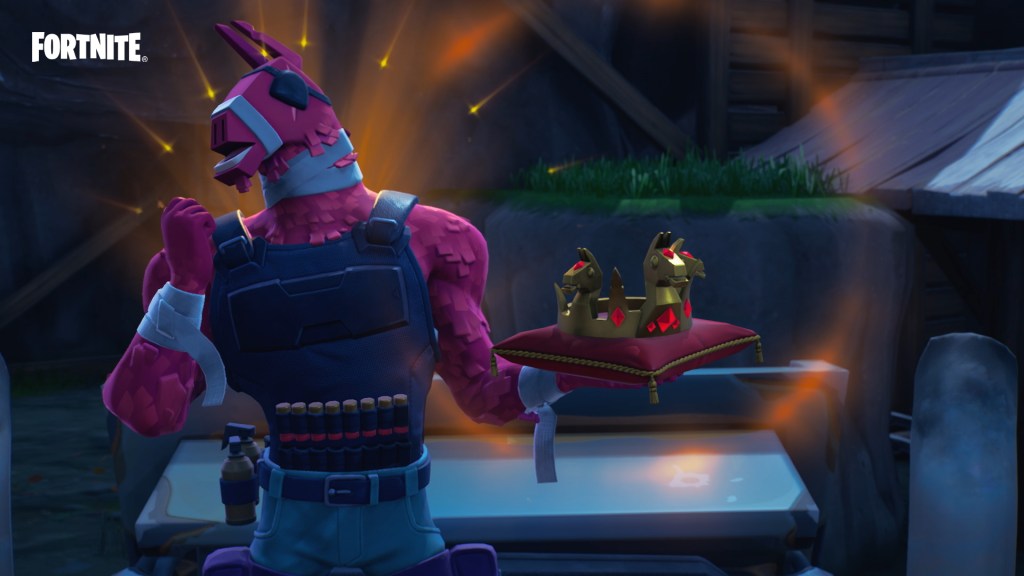