Hotspawn: So, first off, congratulations on advancing to the Winners’ Bracket. FURIA placed first in the Group Stage over days one and two, 176 points over 18 games. I want to talk about FURIA as a whole. FURIA has come into these ALGS Championships guns blazing. You guys are not afraid to take any fight that presents itself to you. Where does all of this aggression and unbridled confidence come from?

HisWattson: I feel like we just don’t really lose many fights. If we’re gonna win them more often than not, it’s better to take them. It’s better to play for kills than to hope that someone doesn’t grief in the end. When you fight someone, you have much more control, but when you play zone, you’re kinda letting people influence you. When you’re on the edge fighting, you can influence them.

We win fights, then we keep winning them so we take them more often and keep winning. I think we only lost one actual fight through the first 18 games, so if we’re winning that much then there’s no reason not to keep going.

Hotspawn: That’s interesting. Teams that play zone will tell you that they try to control space, but to you guys controlling the game IS taking all those fights.

Now, FURIA has come in with a more unorthodox legend composition compared to other teams. Seer, Valk, and Horizon or Fuze. Back in NA, you were the pioneer of Seer and now multiple teams here are on the Seer hype train. In your words, what are the key strengths of Seer in competitive and what makes him different in your hands then in another teams’ or players’?

HisWattson: To answer the second part first, I feel like Seer is a really complex character. All of his abilities are precision based and you need really good comms. I think it’s not really a talent diff, it’s that I’ve played it more than anyone else. I’ve had more time, made more mistakes and learned what not to do. I feel like what happens is people randomly pick stuff up because they see it doing good and they don’t really practice it. I probably have a thousand or more games on these other Seers that might only have double digits on him.

As for his strengths, a lot of people play for sustain, to survive in some corner and let everyone die around them, like with Caustic gas and Gibby Bubble. Seer is reset denial. His whole thing is that he stops what you’re doing. If you deal big damage or get a knock, Seer stops heals and Bubble rezzes. He’s an anti-reset character. People play hard reset, so he’s very strong in this meta.

Hotspawn: Yeah, I did notice that some teams that look more uncomfortable on Seer aren’t using his Q disrupt as much as they should. They focus on the wall hack aspect, which is important, but denying enemy action definitely comes off as very strong. We saw teams like TSM try to take Seer into champs, find little success, and switch off him, so to see FURIA make full use of his power is definitely very exciting. FURIA is quickly becoming a fan favorite due to your more unorthodox style of gameplay from what we’re used to in pro Apex.

Now, you were picked up by FURIA just a couple months ago and helped lead them to these Championships through the LCQ. While you did play competitive in the past, most people knew you as a ranked warrior and streamer. How has it been integrating your ideas and playstyle into a team that frankly played nothing like this before?

As for integrating my playstyle, it’s really the same game, the only difference is that there’s more teams alive on average. Ranked and competitive are not two different games. The ranked meta is completely different from the comp meta, but when we tried teams in comp, we realized that we don’t even want to play Gibby. We’ve known that he’s not good in ranked for a while, so we just dropped him and it worked really well.

Hotspawn: So, you’re bringing ranked into competitive, and the difference in effectiveness is smaller than people might think?

HisWattson: Yeah, the difference between comp and ranked really is just that there’s more teams alive, but it’s the same game. I learned that some things we’re good in ranked, then tried them in comp and it worked.

I think also, we’re playing very aggressively and people aren’t used to it. There haven’t been many teams that play this way so others aren’t playing around it. We don’t really get third partied very much at all, but in ranked, you get super third partied. We’re just taking advantage of people expecting you to play really passively and it works.

Hotspawn: People have taken note of your comms from your streams and Multiview. The team atmosphere seems to be impeccably upbeat, even cracking jokes at each other in the middle of fights. You guys seem to be very good friends, you mentioned being friends with the coach, which adds into the synergy. How was it like building this sort of relationship with your teammates and creating the team atmosphere?

HisWattson: Building the team bonds seemed pretty smooth. Sealion helped a lot since I already knew him, he introduced us initially. For me, competing is not really my main focus, so I think that helps me be relaxed while playing, laughing and having a good time. What I’ve learned is that when you’re happy and in a good mood, you just play better. I don’t take it too seriously and my teammates picked up on that, now we’re all having a good time which helped us play better. Knowing that even if you die, it’s not that big of a deal, which helps with confidence.

Hotspawn: Doubters of FURIA might say things about how your style of play might become less effective in the Winners’ and Grand Finals’ lobby. Do you think that you’ll need to temper your aggression a bit this weekend, or is it gonna be business as usual?

HisWattson: Well, we haven’t played it yet, so I don’t know for sure. I do know that people have been saying stuff like that the entire time. They said it about LCQ’s, then for Groups, now that we’re in Winners’ it’s about Winners’. If people don’t think it’s gonna work, they’ll just say whatever. Even yesterday in Groups, I told you how we lost that one fight, right? There was a guy I saw who was making fun of us for losing one fight. People will doubt you no matter how good you are, so I don’t really care about it. We’re gonna play how we’ve been playing; it’s worked so far so there’s no reason to change right now. If it stops working, then we can change it for sure.

Hotspawn: What or who is the biggest threat to FURIA here in the Winners’ Bracket and eventually the Grand Finals that will get in the way of you guys hoisting that trophy come Sunday?

HisWattson: I think it depends. A lot of the good teams play for big games, they don’t really play for marginal games and high averages. One day they can have 20 points, the next they get 90. There’s always a chance that one of these teams can have a pop-off day.

As for what team we don’t like dealing with the most, it’s probably GMT Esports. It feels like every time they’re near us, we just both die for whatever reason. I don’t wanna pray on their downfall, but I really hope they don’t make it to Finals. It just feels like all six of us die when our teams interact.

Hotspawn: It’s really funny that you say that because besides FURIA, GMT has had the most upbeat and fun team atmosphere by far at Champs. We hear Gnaske and Rambeau going ham and talking up during their games, and both of you play very aggressively. It makes sense that when your forces collide, a big explosion ensues.

Now, I do believe this is your first LAN. What has been your favorite part of the LAN experience?

HisWattson: I think the coolest part for me was seeing everyone in one place. Walking around the hotel and seeing players who I’ve known for so long. Pretty much everyone is here and it’s cool to see them all around and hanging with them. I’ve enjoyed meeting all the GOATs.

Hotspawn: You mentioned that competitive isn’t your main focus, you’re firstly a streamer and ranked player. Now that you have this LAN experience under your belt, are you going to keep pursuing competitive Apex after this, or is it yet to be decided?

HisWattson: The plan is to continue. I can’t imagine, especially if we’re doing this for a while, that I’d want to quit. But yeah, I’ll keep playing unless something unexpected happens. I just enjoy playing the game. I’d be doing it even if I wasn’t good at it. Playing ranked, playing here, doesn’t really make a difference to me.

Hotspawn: Finally, any shoutouts that you’d like to give, or any words for fans of you or FURIA Apex?

HisWattson: When it comes to Apex, or anything really, just because someone has a different way of looking at something than you do doesn’t mean it’s immediately wrong. I feel like a lot of people judge us because we play differently than everyone else. They don’t consider why we do it or if it can work or not. Basically, don’t judge because it’s not what you are used to.

You can watch FURIA compete in the final stages of the Apex Legends Global Series Championships on July 9-10! 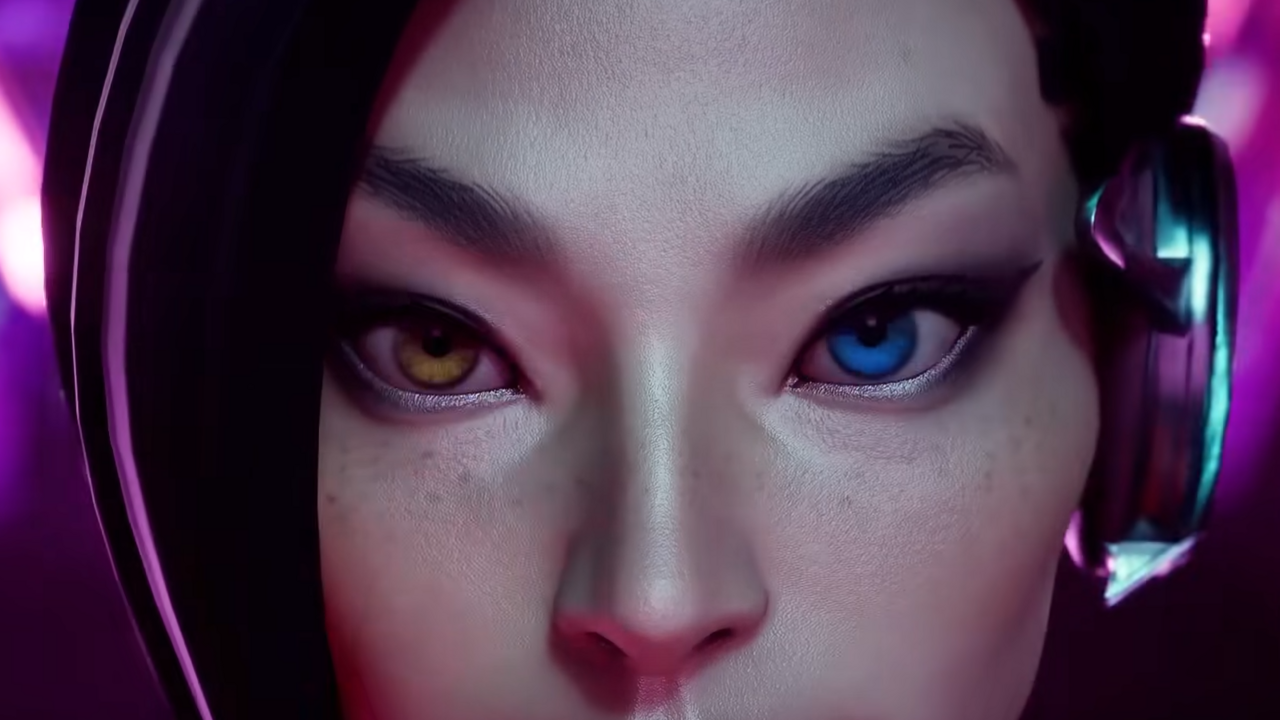 Jane Campion Speaks Out On ‘Coda’ After Oscars Surprise, Says Netflix May Be “Pickier” About Projects After Subscriber Fall 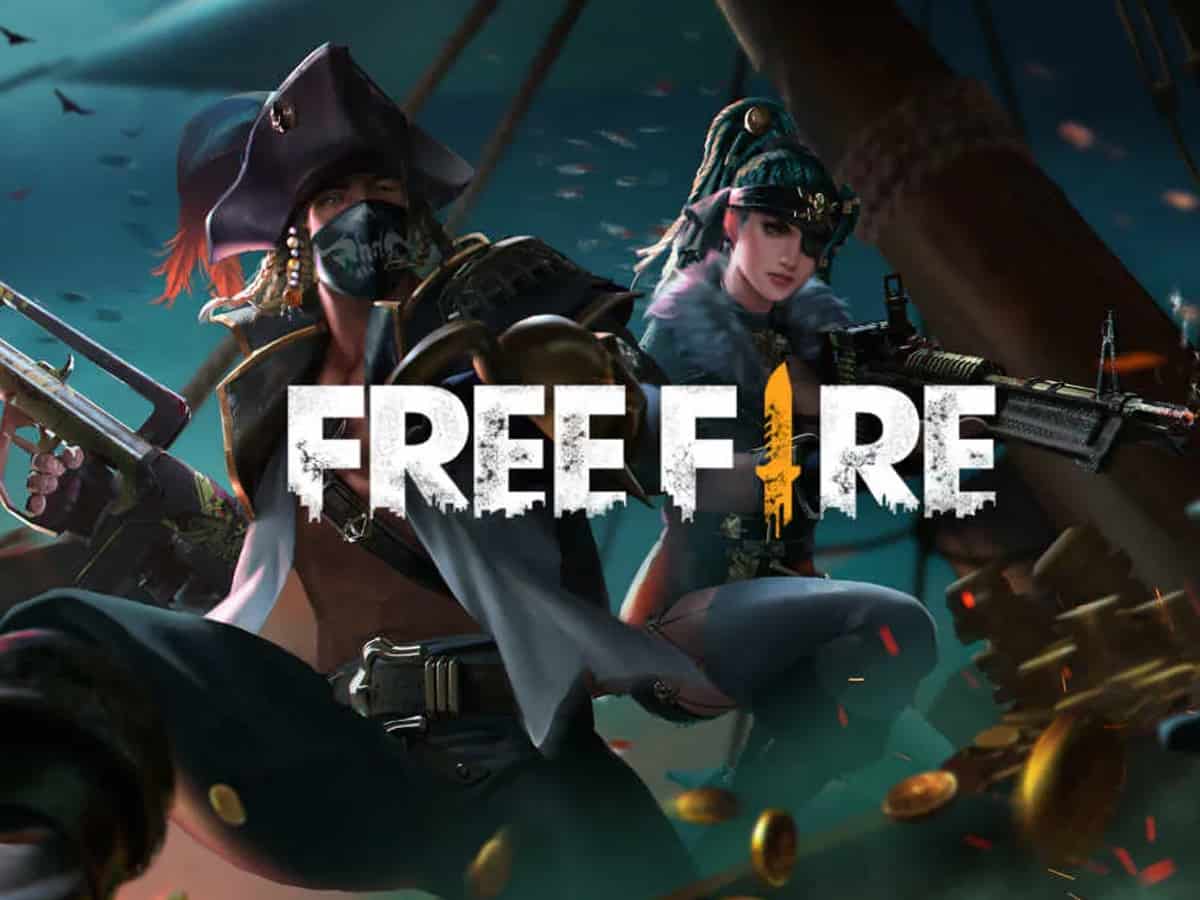