The ‘80s with intensity

The Scandinavian supergroup At The Movies has released two exciting albums entitled The Soundtrack of Your Life Vol. 1 and Vol. 2. The group, led by guitarist Chris Laney from Pretty Maids, consists of an all-star cast including drummer Allan Sørensen from Royal Hunt, vocalist Björn “Speed” Strid from Soilwork, vocalist Linnéa Vikström from Therion, bassist Pontus Egberg from King Diamond, guitarist Pontus Norgren from Hammerfall and keyboardist Morten Sandager. At The Movies is known for their ability to recreate movie soundtracks, with The Soundtrack of Your Life Vol. 1 focusing on iconic ‘80s films. This album takes classic tunes from films such as St. Elmo’s Fire and The Neverending Story and transforms them into successful rock renditions.

The 13-track album begins with an 11-second intro reminiscent of the short opening tracks heard at the beginning of every blockbuster film. The album continues with a recreation of “No Easy Way Out” from Rocky IV. At first glance, it appears to be almost an exact copy of the original track, but as it continues, a heavier sound is created through emphasized guitar tones and sharp percussions hits. This new and improved version will surely be added to many gym playlists.

“(I’ve Had) The Time Of My Life” is a stand-out on the album, as At The Movies gives this ‘80s classic a new life through their intense passion and insane guitar passages. In a similar vein, Vikström’s and Strid’s vocals are exceptional in the blood pumping and foot stomping “Maniac.” Somehow, At the Movies managed to pump even more energy into this already thrilling song. Both of these tracks illustrate the group’s strengths in arrangement: taking classic songs and elevating them with their own unique voice.

The album closes with the energetic “Far From Over” and the holiday classic “Last Christmas.” Staying Alive’s “Far From Over” includes killer guitar solos and insane keyboard licks which perfectly match the intensity of Vikström’s and Strid’s vocals. Finally, “Last Christmas” is a great way to close off this exciting album. While many artists have created their own rock-infused spin to this classic, At The Movies embraces the earnestness of the original along with their rock-heavy arrangements. In doing so, they mimic a common trope of many ‘80s movie soundtracks by ending their musical journey with a feel-good and memorable song.

The Soundtrack of Your Life Vol. 1 includes a wide array of hit movie songs from the ‘80s, many of which carry a new life with intense and vibrant guitar solos. Who knows what other projects this supergroup has in store, but let’s hope it includes creative and entertaining collections such as this one. 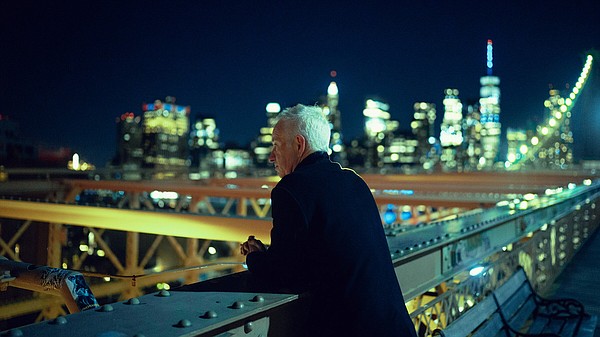 Anthony Joshua: Oleksandr Usyk rematch can be won if Brit makes most of physicality, says Reynoso Who Will Be The Fastest Player At Liverpool? Highest Speeds Recorded This Season Revealed For Salah, Mane, Diaz & Jota