The world of cinema continues to change day by day with more movies gaining popularity, sparking cultural phenomenons led by a mass of loyal fans. From 80’s sci-fi flicks to heartwarming 90s pictures, it’s safe to say that many movies continue to dominate viewers’ screens even today but not everyone has seen these iconic motion pictures.

RELATED: The 20 Best Movies Of All Time (According To IMDb)

Reddit user MarcusHalberstram88 recognized this and created a thread where other users were prompted to share movies they would be shocked to hear people hadn’t seen. The thread was littered with responses ranging from genre to genre, proving just how vast these iconic movies range. Here are just 10 that Reddit users listed as groundbreaking watches.

Before Shrek became a meme, the movie was a very successful animation that catered for both adults and children with much of the adult humor going over the heads of younger viewers. The movie has a great soundtrack, interesting characters, and a unique storyline that keeps with the fairytale ending which has continued its popularity. It is also now a meme, a Tik Tok sound, and a popular soundtrack for many viewers.

Reddit user ElloEl shared that they believed “everyone HAS seen Shrek” due to Shrek himself being a cultural icon. However, many viewers refuse to watch the movie due to it being an animated “children’s” movie. But, what made and continues to make Shrek such a popular movie is its subtle ability to cater to both ages, which is essentially what led to its international popularity.

Titanic is not only a movie that everyone should have seen but also one that is guaranteed to leave viewers in tears. The movie reached icon status through its real and raw depiction of love between a woman of the upper class and a man of the working class. The love story between Jack and Rose is one to behold with heartwarming scenes that fans love to recreate.

Reddit user [deleted] was among users who were shocked to hear of people never having seen Titanic. The user explained how the movie is “specifically designed to appeal to everybody” with its romance, action, and drama catering to a large audience and their individual needs. The movie continues to be a well-liked flick with fans still questioning how Rose couldn’t fit Jack on the door while simultaneously mourning Leonardo DiCaprio’s heartbreaking death in the movie.

Pulp Fiction remains a cult classic even today with many viewers quoting it daily. Through a combination of action, violence, and clever dialogue, the movie delves into the seedy world of Hollywood and the intertwining lives of several unusual characters.

Reddit user [deleted] explained how Pulp Fiction “is a must for everyone” due to it focussing on stories of romance, enemies, and even unlikely friendships. The movie’s soundtrack is enough to have viewers hooked and that is only emphasized when combined with the movies cinematography and star studded performances, making it an interesting watch.

Everybody loves the thought of visiting a dinosaur park but less so when a security breach causes those terrifying dinosaurs to be released. Jurassic Park proved popular from the moment it premiered for its action-packed scenes that left viewers fearful for the lives of the characters and also themselves.

The movie was a complete success and even now is recognizable by just its theme song alone. Reddit user cif3141 reminded others that “Jurassic Park was at one point the highest-grossing movie of all time”. It was quite possibly one of the most suspenseful movies of all time due to its insane special effects and iconic scenes, resulting in a Jurrasic Park franchise that was infiltrated by a series of deadly dinosaurs that continue to terrify viewers.

The Harry Potter series has possibly the biggest fanbase in cinematic history with all 8 movies proving to be just as popular as the last. The movies made their mark through scenes that brought viewers’ imaginations to life with extravagant sets, great character development, and insane CGI, which progressed throughout all 8 movies.

Reddit user knuggz stated that everyone must have seen “at-least one of the Harry Potter movies” due to the movie series being pretty impossible to ignore. Despite being unavoidable, the movies are fantastic in following the development of each character, leading to some dramatic storylines that are both hard to forget but amazing to watch.

Back To The Future ignited a dream in many viewers whether that be due to Marty’s self-lacing shoes or the time machine which doubled as a super cool car. The movie proved popular with fans for its clever blend of comedy, sci-fi, and romance which is why it continues to be a staple within the world of cinema.

RELATED: 10 Reasons Why The Original Back To The Future Was Ahead Of Its Time

The movie became so popular that it resulted in another 2 movies being made which [deleted] claims are “easily some of [their] favorite movies ever”. The Back To The Future trilogy became a cultural phenomenon with the movie often coming up as a topic within trivia, proving just how popular the movie continues to be.

“Life is like a box of chocolates” might be one of the most famous quotes of all time and it came from none other than the movie Forrest Gump. The movie is ultimately a feel-good one that had a huge impact on viewers for its wise and charming portrayal of Forrest.

Forrest Gump is a movie that continues to teach viewers lessons which is why its impact has been felt for many years, highlighting why people are shocked to hear that others haven’t seen it. Reddit user BasherTarr was among fans who advocated for the popularity of the movie by explaining that they were sure that “in American schools, they show it in history class every year”. The movie’s focus on America and its culture alongside its quotes of wisdom makes for a great watch.

Die Hard tends to be a movie that causes many debates around the festive period. However while many debate the movie’s genre, there is one thing viewers can agree on and that is that Die Hard is most definitely an action movie. It’s filled with unrealistic but seriously impressive action stunts with a series of explosives, brutal gunfights, and great examples of problem-solving, that left viewers questioning their own survival skills.

Reddit user Tom_Foolery1993 settled many debates about the movie’s genre when they stated that they “watch it every Christmas”, proving just how regularly it is shown. This suggests that there is no excuse for having never seen Die Hard which is arguably one of Bruce Willis’s best action movies.

Some believe and some don’t, but it’s safe to say that if ghosts were real, many would want the Ghostbusters on their side. Ghostbusters provides a perfect combination of comedy and horror to provide a light but unusual story of three men who seek to bust the evil ghosts haunting NYC.

Ghostbusters is just another movie that is instantly recognizable by its soundtrack, but fans of the movie were shocked to hear that many have not watched it. User punkerdante182 shared that everyone should have seen this movie “because come on its f***** Ghostbusters“. The movie remains an iconic watch that continues to be remade with them even making one that had an all-female cast, proving just how popular the movie was and still is.

Disney has dominated the world of cinema for decades but it’s particularly the movie The Lion King that Reddit users were shocked people hadn’t seen. Despite being catered towards children, the movie has themes of grief, violence, and murder which is perhaps why some refer to the movie as a dark watch.

The Lion King includes a fantastic soundtrack, a story of grief and hope as well as tales of friendships which is why Reddit user nicknacc replied “easy, The Lion King“. The movie continues to be a staple with a live-action version being released in 2019 as well as the movie holding its place as one of the best theatre shows on Broadway.


Amy is a freelance list writer for Screen Rant where her content covers a variety of genres within the world of Film and Televsion. In 2020, Amy graduated with a first class BA Honours degree in English, Film and Television, majoring in Film and Tv. In her final year of study, Amy completed her dissertation which focussed on the representation of disability in horror films, specifically whether the new sub genre of sensory horror was replacing outdated cultural scripts with a more positive representation.

Amy lives in the UK and works full time with children which she enjoys alongside her passion for Films, Tv and Writing!

Maiocco: With 49ers' roster makeup, they are not going away 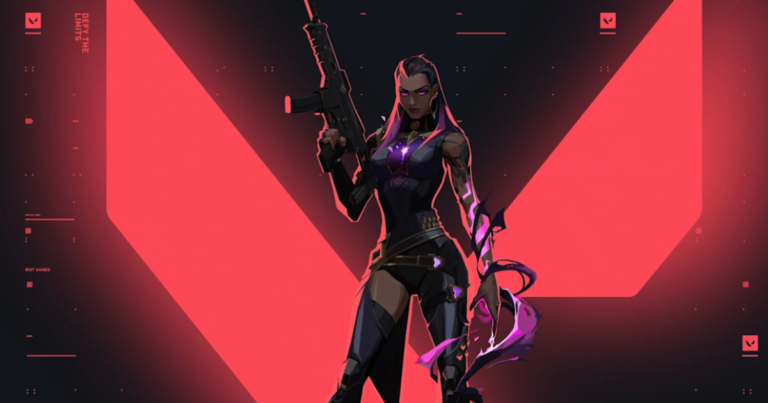 Vodafone Idea wants to triple the money it makes from its users, but it will take more than hope and prayers to achieve it