So far in 2022, it’s The Batman that’s performed the best at the box office, but that doesn’t mean that it will remain beloved forever. A strong financial performance is central to the survival of any release, with some of the highest-grossing titles of the past decade proving that new heights of blockbuster status can always be reached.

Yet as important as strong box office returns are, there’s never really any telling how well received a film will end up being in time. In fact, over the years there’s been plenty of films that weren’t able to take the typical route to success for one reason or another. Surprisingly, even some films that are considered classics today originally had disastrous theatrical runs.

The story of mild-mannered accountant Andy Dufresne’s (Tim Robbins) wrongful murder conviction and subsequent imprisonment made for a prison film unlike any other. Adapted from a Stephen King novella, the film was nominated for seven Academy Awards.

Related: The 30 Best Movies Of All Time (According To IMDb)

While it may have found plenty of critical praise, audiences simply did not turn up to see The Shawshank Redemption upon its theatrical release. The film cost $25 million to make, but grossed only $28 million. Since then, however, Shawshank has consistently remained atop IMDB’s Top 250 Movies list and is considered by many to be the perfect film.

Frank Capra’s James Stewart-led drama is considered required viewing by some during the Christmas season. The film examines the ups and downs of George Bailey’s (Stewart) small-town life and what things would be like if he’d never been born in the first place.

Despite decades of dedicated fans, It’s a Wonderful Life grossed just $44,000 upon its release in the United States and Canada. Considering that the film cost an estimated $3,180,000 to make, it can rightfully be considered a bomb. Over time the film has managed to gross $6 million worldwide, but even this is classified as a financial failure by any producer.

Willy Wonka And The Chocolate Factory (1971)

Based on Roald Dahl’s 1964 novel Charlie and the Chocolate Factory, this adaptation saw Gene Wilder give a brilliant, multi-faceted performance as the eccentric Wonka. The film crams fantasy, comedy and music together to create something that has to be seen to be believed.

Unfortunately, audiences didn’t initially agree. Though today the film has rightfully earned the status of being a cult classic, its paltry $616,173 worldwide gross on a $3 million budget makes it a major bomb. Regardless of Willy Wonka’s less than encouraging financial performance, however, new audiences continue to discover the strange fun it delivers.

Citizen Kane told the story of publishing tycoon Charles Foster Kane and his lengthy inner search for family and love. As audiences learn of Kane’s upbringing and younger years, the question of his final word before death – “Rosebud” – lingers.

Related: 10 Best Directorial Debuts By Popular Actors, According To Ranker

At the time of its production, Citizen Kane was an almost unheard of undertaking for any Hollywood studio due to Welles being given complete control over the film. Though its budget stayed below a million dollars at an estimated $839,727, Citizen Kane only managed to gross $1.6 million. To this day, the film continues to top countless greatest films lists.

Fight Club was author Chuck Palahniuk’s debut 1996 novel, later adapted by David Fincher. With its star power of Brad Pitt, Helena Bonham Carter, and Edward Norton, the film explored the darker side of modern life and its often alienating drive for success.

Watching Pitt and Norton give and take beatings in the basement of a crummy pub might fascinate audiences today, but Fight Club’s initial release brought the wrong kind of controversy, with some critics labeling it “fascist”. Meanwhile, its $63 million budget grossed $101 million, ensuring the film could never be considered a financial hit.

This Mike Judge follow up to his 1996 hit Beavis and Butthead Do America took aim at the world of corporate drudgery, while hilariously incorporating some classic heist tropes. A big hit with some, Office Space is often referred to as a comedy that perfectly skewers corporate culture and what it means to be an employee.

It’s too bad that today’s fans of the film couldn’t have collectively gone to see Office Space in theatres when it was released. The comedy barely brought in over $10 million – which coincidentally enough, also happened to be its budget. The film’s box office failure didn’t hurt Judge’s career, however, as Office Space has taken its place as one of the best comedy movies of all time.

Few debut films so expertly walk the line between psychological thriller and outright horror as Richard Kelly’s Donnie Darko does. The film includes a giant bunny called Frank and has earned a considerably devoted following in the years since its initial, uneventful release.

Donnie Darko wasn’t exactly expected to reach a blockbuster status, but its inability to make less than a million dollars off its $6 million budget was a considerable disappointment. For his part, Kelly has long since accepted the film’s fate, acknowledging that it needed time to “marinate” before it could fully reveal itself to audiences.

Filmmaker Richard Linklater has made a career out of examining the understated aspects of our lives, and he brought this focus to the 1970s with Dazed and Confused. The film is an homage to being a teenager in the summer, with a superb 70’s aesthetic throughout.

Related: The 10 Best Coming-Of-Age Movies Of The 90s, According To Letterboxd

As far as box office went, Dazed and Confused was a complete bomb. Its $6.9 million budget was met with a minuscule $7.9 return. That hasn’t stopped the film from acquiring a highly devoted fanbase, however. What’s more, Dazed and Confused will always be known for kickstarting Matthew McConaughey’s career and providing him with his trademark “Alright, alright, alright” catchphrase.

As far as sci-fi horror films go, John Carpenter’s The Thing is widely considered a seminal masterpiece in the genre. The film is set in an isolated arctic camp, with its handful of inhabitants left to defend themselves from a bizarre and lethal shape-shifting entity.

With its vaulted status today among horror fans – and especially among make up effects fans, it’s hard to believe that The Thing didn’t take the box office by storm. Only $19.6 million was made off its $15 million budget, and it was savaged by the critics of the time for being everything from too gory to too dull.

After finding considerable acclaim with Taxi Driver and Raging Bull, Martin Scorsese delivered this Robert DeNiro led drama about a struggling comedian who goes to extreme measures in order to gain just a moment in the spotlight.

It’s hard to believe that any Scorsese film could ever find itself struggling at the box office, but that’s what happened to The King of Comedy. Its $20 million budget was never recouped, with the film only taking in a gross of $2.5 million. Today the film is well regarded among Scorsese’s oeuvre, heavily influencing the 2019 Oscar-winning film, Joker.

Next: 10 Classic Horror Movies That Hold Up, According To Reddit


Mike Jones is an author, screenwriter, world traveller and cinephile. His work has been featured in print and online in a variety of publications, and he’s also a Berlinale Talents alumnus. Cinema has always moved him in a big way and aside from having seen The Talented Mr Ripley more times than any other living person, he maintains a pretty darn healthy physical media collection. His favourite filmmakers include: Jordan Peele, David Lean, Alfred Hitchcock, Mike Leigh, Steven Spielberg, the Dardenne Brothers, Noah Baumbach, Michael Haneke, Barry Jenkins and Andrea Arnold. Often jet-lagged, Mike once turned down a certain A-list celebrity’s offer to join them for a night of partying after a strange encounter in an airport. 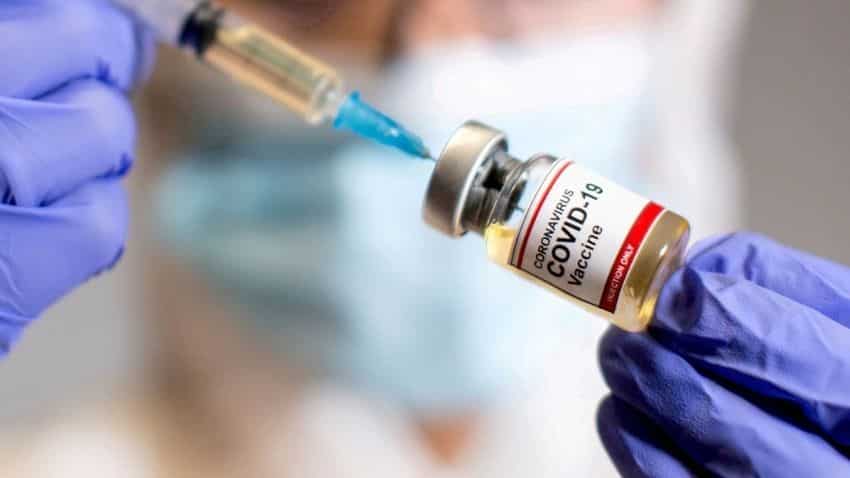 How to download COVID-19 Vaccine Certificate @cowin.gov.in — A step by step guide