First making his name as an actor in films and TV shows, John Cassavetes quickly established himself as a pioneering voice in the world of independent cinema. As a director, his methods pushed the boundaries of conventional filmmaking and changed the way indie films were made.

With classics such as A Woman Under the Influence and Love Streams on his resume, Cassavetes rarely produced a dud. However, some of his films rank higher with critics and audiences than others, and these are his best-known features.

Like his contemporaries in the New Hollywood Cinema movement, crime was a frequent fascination for many of Cassavetes’ films. The Killing of a Chinese Bookie follows a nightclub owner who gets himself in hot water with the mob over gambling debts and has to go to extraordinary measures to pay up.

Cassavetes’ frequent collaborator, Ben Gazzara, stars as Cosmo and delivers a spirited performance. Unlike many of Cassavetes’ other films, a heavy emphasis was put on the visual style of the film and it has many of the tropes of noir films. Splashed with neon, Cassavetes’ vision of Los Angeles is one of the most striking ever put on film.

Interpersonal relationships were a big focus of the films written and directed by Cassavetes. Minnie and Moskowitz tells the story of a young woman who works as a museum curator and falls in love with a strange parking attendant.

From crime to romantic comedy, Cassavetes proved that he understood the human psyche when writing his scripts. The film is taught with natural dialogue and the relationship between the polar opposite characters is believable. Coming out of the turbulent 1960s, Minnie and Moskowitz stands as a symbol of the culture clash between the status quo and the hippy movement.

Before he pushed boundaries with his independent films, Cassavetes co-wrote and directed a few Hollywood pictures. Too Late Blues tells the story of an aimless musician who would rather play his music than ever compromise his strict moral code about selling out. His strictness puts him at odds with his band and his new love interest.

RELATED: 10 Best Movies On HBO Max That You Haven’t Heard Of, According To IMDb

Starring musician-turned-actor Bobby Darin, Too Late Blues was a glimpse of things to come from Cassavetes as a director. He quickly established his character tropes, and many of the themes of Too Late Blues would resurface in his independent films going forward. Cassavetes proved that he had what it took to direct a film and it is reminiscent of the work of more established directors, such as Samuel Fuller.

Though the film was made extremely cheaply, the focus is on the process of making it, which was quite unique. With nothing but a camera and a basic idea for a story, Cassavetes tasked his actors to improvise the majority of their dialogue in the film. The result is that Faces has an incredibly realistic feel and almost resembles a documentary, as opposed to a film about fictional characters.

After shattering boundaries with his formless film Faces, Cassavetes returned to more traditional filmmaking but with his own unique spin. A Woman Under the Influence tells the story of a married woman who suffers from a mental illness that threatens to unravel her life.

Unlike many films that handled mental illness in a ham-fisted way, Influence offered a much more realistic portrayal. Frequent collaborator Gena Rowlands is brilliant as Mabel and her experience in the film is harrowing for the viewer. While many of Cassavetes’ films are imbued with a certain humor, A Woman Under the Influence is handled with the appropriate amount of tact.

Proving himself with other Hollywood films, Cassavetes was tapped to direct his biggest project up to that point. A Child is Waiting tells the story of a concert pianist who is hired to teach music at a school for children with learning challenges. She takes a special interest in a particularly lonely student and she puts herself at odds with the school’s tough doctor.

Starring screen icon Judy Garland in one of her best movies, the film is reminiscent of films Cassavetes would become famous for later in his career. Though he didn’t write the film, the story is imbued with the same rebellious spirit that marked many of his other works.

Honing his craft and returning his focus to strong female characters, Cassavetes delivered a unique drama-thriller in Gloria, the story of a woman who becomes the guardian of a young boy whose parents were killed by the mob. Learning she is in possession of a book that the mobsters want, Gloria takes the young boy on the run from the gangsters.

In yet another collaboration, Gena Rowland was able to flex her muscles once again as a totally different, no-nonsense character. With a larger scope than other films, Cassavetes proved that he could handle movies at any scale.

Casting himself in a large role, Cassavetes proved that he could pull double duty as actor and director. Opening Night follows an actress as she spirals out of control leading up to the opening of a huge Broadway show that she stars in.

RELATED: 10 Best Directors Of All Time, According To Ranker

As the sole writer, Cassavetes showed off his razor-sharp pen when writing some of the best dialogue of his career. The entire film is taut with suspense as the entire production is jeopardized again and again by the volatile actresses’ behavior. Though no elements of crime are at the forefront, Cassavetes still delivered a suspenseful masterpiece that leans on the psychology of his main character.

Before he would do it again to greater acclaim, Cassavetes took his first stab at improvisational filmmaking with Shadows. The film explores interracial relationships and friendships between members of New York City’s beat scene of the 1950s.

Though it didn’t reach as large an audience as Faces, Cassavetes’ Shadows is equally groundbreaking for its subject matter as well as its execution. Few films were tackling the issues of race so unabashedly in the late ’50s and it served as an early indication of what was to come in the ensuing decade of the 1960s.

In many ways, Love Streams is the culmination of Cassavetes’ life as an artist, although he would continue to make films afterward. The film follows a pair of ex-lovers who reunite after years of separation and find that they have both been broken by life’s hardships.

As a mirror to their own frequent artistic relationship, the film stars Gena Rowlands and Cassavetes in the lead roles. Together, the pair deliver stellar performances that practically leap off the screen with their realism. Considering their closeness artistically, their characters’ personal lives blend magically together with reality.

NEXT: 10 Directors With The Most Movies On The IMDb Top 250 List


Next
10 Worst Movie Characters That Everyone Thinks Are Great, According To Reddit


Dalton is a freelance writer and novelist from Orlando Florida. He currently lives in Los Angeles and pursues writing full time. He is an avid reader and film buff.

Have you seen these men? UK's 12 most-wanted fugitives who are believed to be hiding in Spain 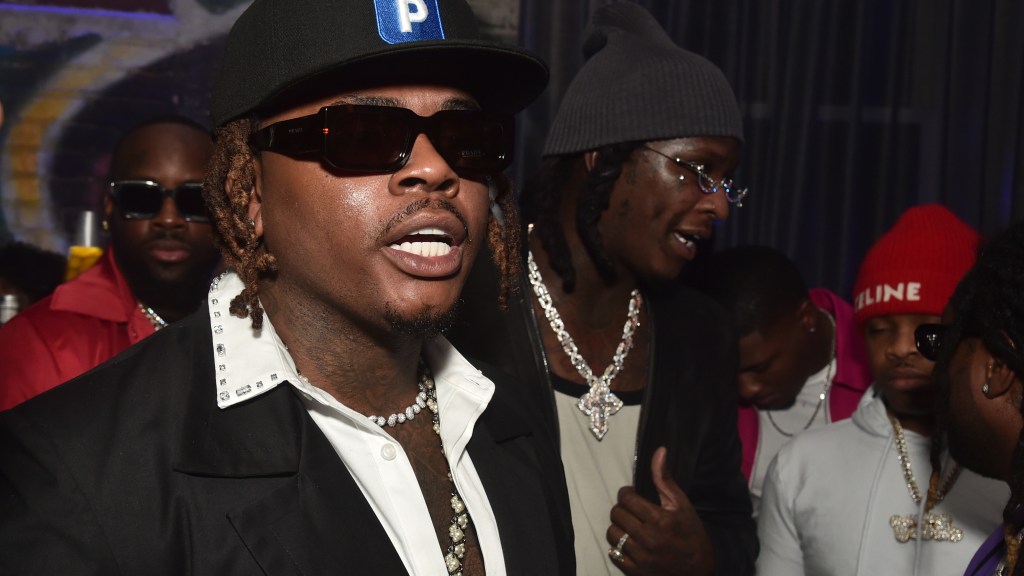 Entrepreneurial women are being snubbed by investors

What is Jodie Sweetin’s net worth?