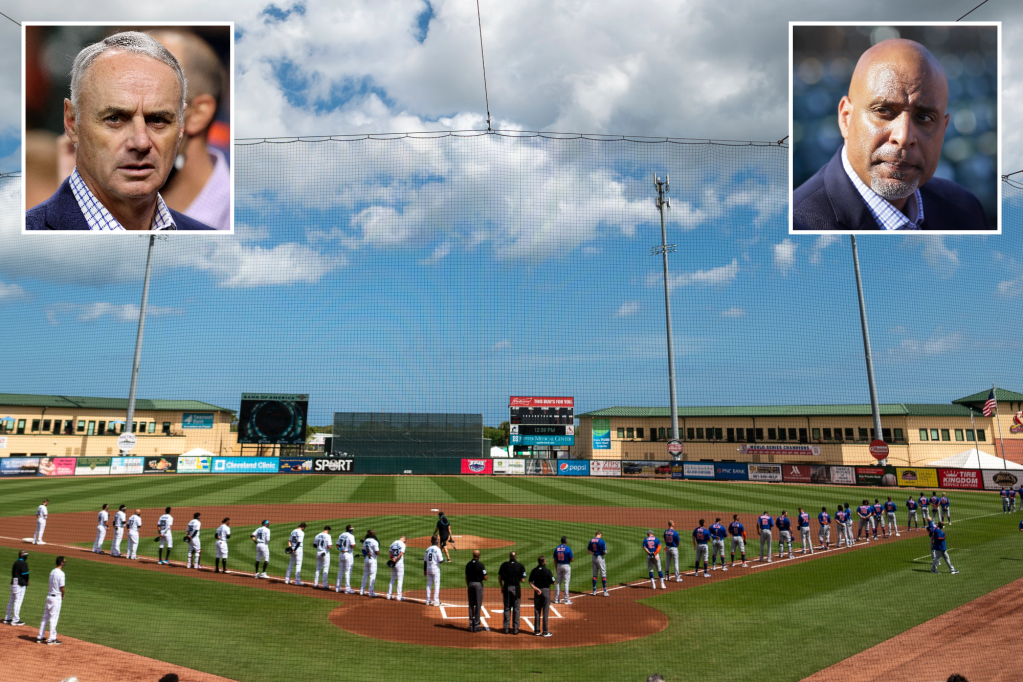 I have been fairly pessimistic about spring training, and possibly the regular season, starting on time. This has been my gut since the beginning of the lockout, even as folks in the know insisted there was plenty of time to strike a deal and that no games would be lost because both sides recognized how destructive that would be. Translation: both sides would begin losing money.

My gloom, though, has been based on the last time MLB and the players had to work out a deal to return to play. That was 2020 amid the first wave of COVID-19 and after the sport was shut down that March.

The sides never had more reason to work together. They had a common enemy — a virus sweeping the planet — to bond over and fight against. They had the ability to get back on the field before any other sport, which promised strong viewership with everyone trapped in their homes. But there also would have been the praise in showing the country that — with protocols — there were ways to get back to work. They could have done it in time to begin the regular season on the July 4 weekend, which would have enabled the American pastime to wrap itself in the flag.

But the mistrust and dislike was too thick despite all the motivations to find common ground (and common good for the game). July 4 was missed and a deal came only when the alternative was not to play any season at all in 2020. So forgive me if I don’t see the kumbaya moment breaking out any time soon. MLB made a contract offer Thursday that the players felt was disappointing.

An optimist would say neither side is really going to show its best offers until a drop-dead date, and there will be a lot of rhetoric until then. But a drop-dead date is in the eye of the beholder (I think Casey Stengel said that first). Spring training camps are scheduled to open Feb. 16, the first spring games are Feb. 26, and the regular season opener is March 31.

One thing on which management and players agree is that the 23-day hurried Spring Training II in July 2020 was too short, especially to get pitchers’ arms ready. So let’s say March 1 — which would allow a month of spring training — if not the date camps must open, is pretty close to it. But it is not as if the sides can agree on Feb. 28 and everyone will show up the next day. That will take a minimum of a week. That makes roughly Feb. 22 as the date by which a settlement would be needed to at least keep the regular-season opening on its scheduled date and to play a full 162 games.

Now, think of what the industry will face even upon a settlement. Every organization has been working during the lockout to remove issues that can be addressed. So, for example, all the firing and hiring of personnel up and down the system, focusing on this past Saturday’s international signing date, putting more resources into readying for the draft and working on analytic and scientific projects that have to get tabled when so much else is ongoing.

However, when the lockout concludes — and it will conclude at some point because everyone involved in the game isn’t going to move into selling plumbing supplies — consider what will be transpiring in a condensed period simultaneously. By itself, none of these are overwhelming. But there will be a Running of the Bulls-type frenzy on multiple fronts:

1. Remember how much like NFL and NBA free agency MLB free agency was in the days leading to the Dec. 2 lockout, as players and teams tried to beat a deadline? Expect Part 2. There are still 300-plus free agents. If traditional numbers hold, you can expect another 60-ish major league contracts and 125 or so minor league deals.

Historically, with the cost certainty that comes out of a new collective bargaining agreement, owners tend to spend, and no one should be surprised if there is still another $1 billion bestowed as big-market forces such as the Yankees, Dodgers, Phillies and Red Sox have done little so far this offseason, and the expectation lingers that others are not yet done spending — beware the Blue Jays.

Of course, the longer without a CBA, the less money that may be spent. One agent theorized that MLB might just punt on April when it struggles to sell tickets, accept the losses then make up for those losses by just spending less on the remainder of free agency.

Whenever it arrives, there will be a need for a lot of signings in a tight window. So you could imagine, for example, Freddie Freeman’s representatives quickly asking the Braves to show their best offer, and if they do not offer at least six years (or more), Freeman actually pivoting to consider clubs like the Yankees, Dodgers and Blue Jays more seriously. We are still facing a period of multiple major signings a day.

2. There are still roughly 200 arbitration-eligible players. A date will have to be set by which the players must be signed or the teams and the players would exchange arbitration figures. In the last work stoppage, in 1995, hearings were held during the season. The internet was not the internet then. Imagine now that, say, Edwin Diaz has a teleconference hearing in the middle of the afternoon on May 7 in which the Mets run him down to make their case, then ask him to close a game that night. I suspect having the internet as it is now will make that even more uncomfortable.

3. Teams have not been able to communicate with their players who are rehabbing from injuries. So when a deal is struck, each organization is going to have to play catch-up on where in the process each rehabber is. Imagine, for example, that the Braves have been unable to monitor, oversee and check in on the rehab of Ronald Acuna Jr. from surgery to repair a torn ACL. As one agent told me, executives have become big fans of their rehabbing players’ social media workout clips as a way to get some idea of what the rehabs look like.

4. Spring training is traditionally the time when teams try to work out extensions with players who have yet to reach arbitration or free agency. Could that get minimized in the frenzy of the other work and perhaps a shorter version of spring training?

5. The sides still have to decide whether there will be a Rule 5 draft this year (it normally takes place at the Winter Meetings, which were scrubbed due to the lockout).

6. Foreign players must get visas. Organizations had a strong clue a lockout was coming and, thus, most (if not all) did the work in November to file petitions — plus many players who had a choice stayed in the United States to avoid issues. Still, those who are outside the U.S. will have to go to their consular appointments to get the visas. COVID-19 makes the process more time-consuming and complicated, with different countries having different rules. Expect logistical headaches and likely a few players delayed.

Plus, MLB will still have to learn what will be allowed in Canada for Blue Jays games this year.

7. Lastly, there is the COVID-19 of it all. Teams have become more expert at setting up what is needed and getting players more familiar with following protocols. Still, time is needed for the set-up and for whatever intake protocols are necessary to join camp. There are likely to be players shown to have COVID-19, who will have to quarantine, further limiting spring training for them and complicating overall preparation. And what if a few teams endure what we have seen in the NFL, NBA and NHL, with multiple players from clubs getting it at once? Especially if spring training is abbreviated, that will create difficulty in properly preparing for a season. 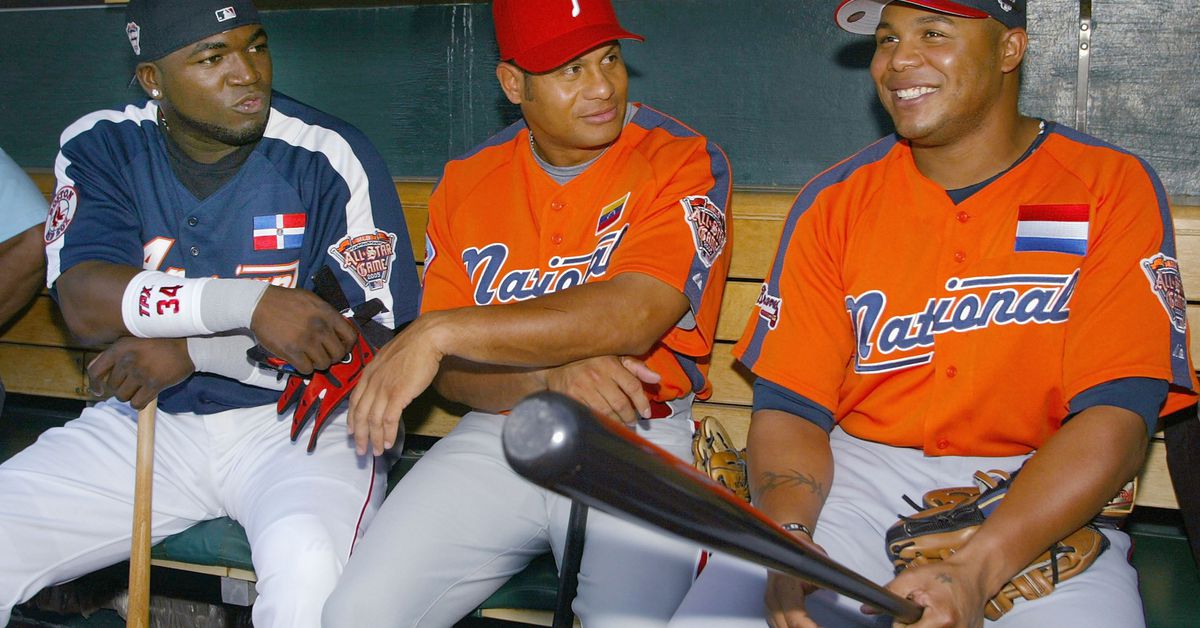 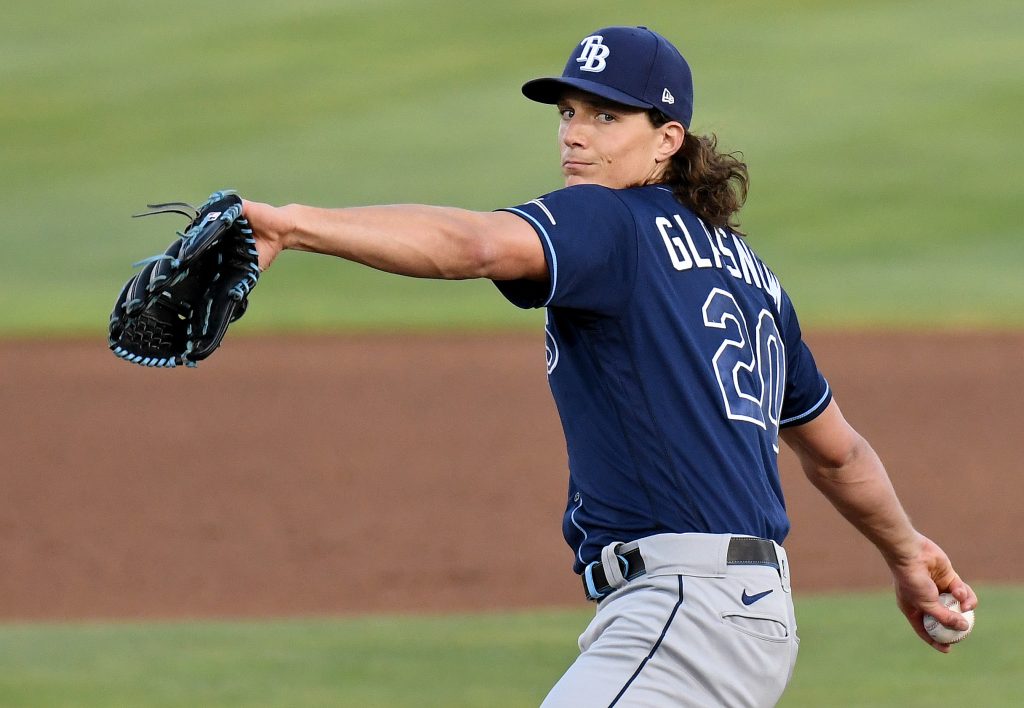 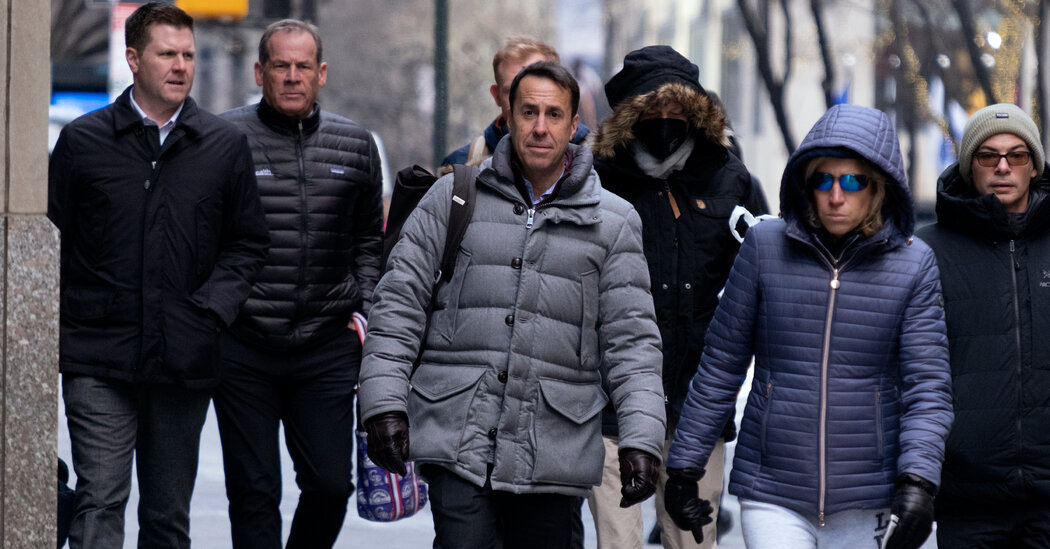 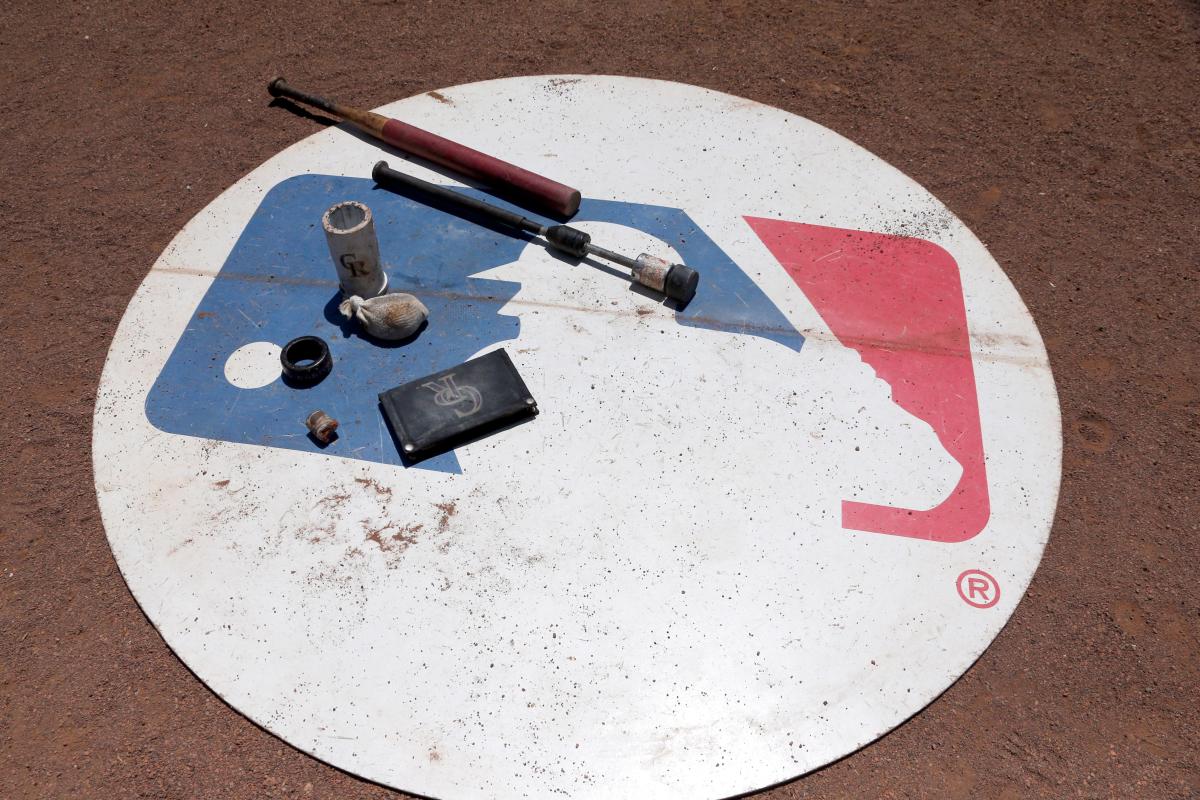 Psychologist explains how to help children and teens develop self-regulation 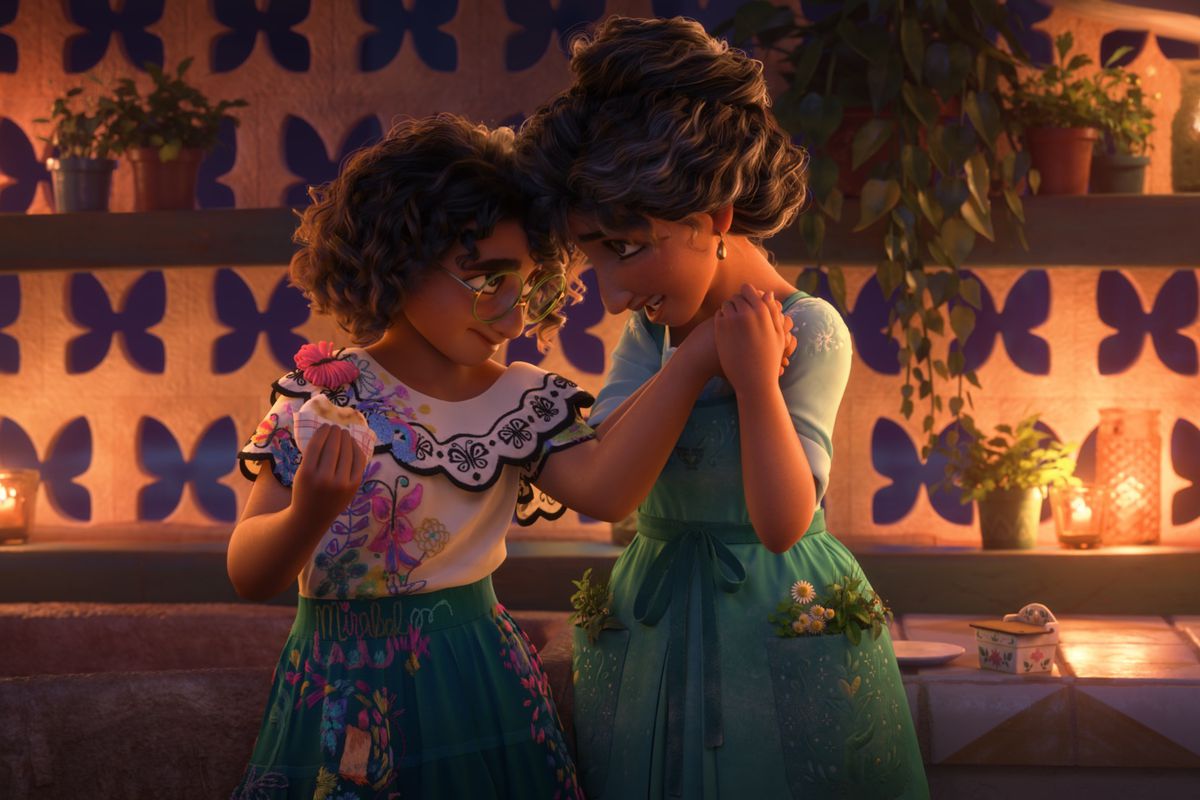 According to all the clues, here is when Disney’s ‘Encanto’ most likely takes place