Why Bryce Dallas Howard is our only hope

For nearly half a century, Star Wars movies have forged a path through the ever-changing landscape of blockbusters. Whether it was the turn of the millennium or just a few years ago, the films always remained state of the art. When Disney+ launched, this dedication crossed mediums into streaming television and hasn’t looked back since.

But now, years after Rise of Skywalker, Star Wars movies are lagging behind. The Mandalorian and The Book of Boba Fett are beginning a new era of storytelling. How will the movies keep up? The answer is hiding in plain sight: the minds behind the shows.

Jon Favreau and Dave Filoni have helmed The Mandalorian since the start, and it’s clear why they work well together. Favreau’s long history with blockbusters (Iron Man, The Lion King) brings the cinematic, and Filoni’s near-obsession with Star Wars lore, as evidenced by his work with The Clone Wars, makes him the perfect partner to craft a faithful Star Wars story.

The Star Wars cinematic universe isn’t in as great shape. Though multiple films directed by heavy hitters like Rian Johnson and Taika Waititi are in production, the next Star Wars film, Patty Jenkins’ Rogue Squadron, is postponed. There are even rumors its spot on the release schedule will be replaced with a new film.

Previously, Star Wars TV took after Star Wars movies, but now the situation is different. Movies are floundering, and there are at least five different Disney+ series in development. Could movies taking after Star Wars television work too?

The last two episodes of The Book of Boba Fett have garnered rave reviews by fans, and each was directed by Mandalorian mainstays: Episode 5 by Bryce Dallas Howard, and Episode 6 by Dave Filoni himself. Could this dream team usher in a new golden age of Star Wars movies?

Both have overseen not only some of the best episodes of Star Wars TV, but the most important. Howard crafted the episode that introduced Bo-Katan Kryze, and her connection to Star Wars is personal — as the daughter of Ron Howard, director of Lucasfilm’s Willow, George Lucas is a family friend.

Dave Filoni created the fan-favorite character Ahsoka Tano, and has experience with film (The Clone Wars began as a movie), so he could take up the director’s chair. But he’s an even better writer; though woefully overlooked, the stories he crafted in the Star Wars animated series he supervised are among some of the best in the franchise.

Bryce Dallas Howard is the perfect fit for a director. Not only does she have experience with blockbuster movies thanks to Jurassic World, she would correct the egregious fact that a woman hasn’t yet directed a Star Wars film. Between the two they could create the shift the Star Wars franchise so desperately needs.

The future of Star Wars movies are wide-spanning films that could spark multiple television series. While right now only the Skywalker Era is being explored, new movies have the opportunity to expand the timeline to periods fans have been clamoring for, like the Old Republic or even the High Republic. 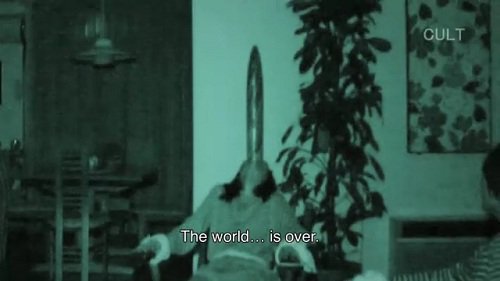 7 Freaky Found Footage Movies From Around The World

Barbie Ferreira, The Unobtainable Girl-Next-Door, Is Your New Style Muse