How the position will be filled is part of the ongoing investigation into the Abu Dhabi GP controversy, an event that left Masi in the firing line from the sport’s insiders and from fans worldwide on social media.

What transpired over the last couple of laps stirred up a wave of criticism that did a lot of damage to the sport at a time that should have been one of its finest hours, with Twitter set ablaze by wild suggestions of a conspiracy.

It’s thus perhaps no surprise that F1 CEO Stefano Domenicali has taken a close personal interest in how best to resolve the situation.

The Italian had a spell at the FIA before he was headhunted by Liberty Media, and he has a good understanding of how the organisation works. He’s been working closely with new president Mohammed Ben Sulayem and the latter’s key lieutenant, Peter Bayer.

Last week, Bayer, who has served as the FIA’s secretary general for sport since 2017 and recently took a more hands-on F1 role as executive director of the single-seater department, gave an intriguing insight into the kind of discussions that are going on.

“He has done a super job,” Bayer told journalist Gerhard Kuntschik when asked about Masi.

“We have told him that, but also that there is a possibility that there will be a new race director. I can only make suggestions to the World Council, and they will definitely include him.”

He added: “I assured Michael of the federation’s backing in our discussions and let him know – we want to continue working with you, but I also need your understanding that we have to deal with the issue.”

Bayer also made it clear that even if Masi stays, significant changes are in hand.

Firstly, some of the jobs that he has been doing will be shared out, reducing the burden on him.

“There will be a division of the tasks of the race director, who is also sports director, safety and track delegate.”

The circuit inspection role takes up a lot of time. At the end of 2021 Masi, had to make several trips to Jeddah between races to check on progress at the new venue, and in the age of COVID any extra travel becomes a challenge. 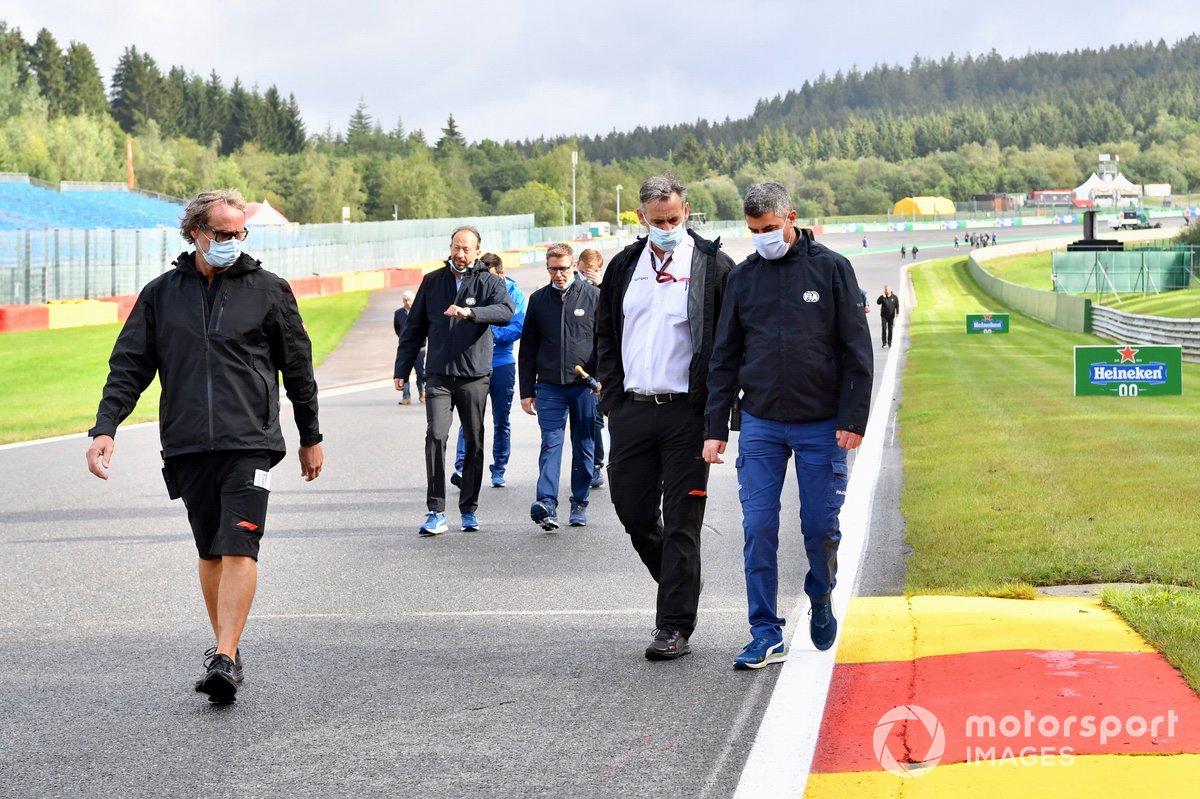 PLUS: What the FIA must do to restore F1’s credibility

His workaholic predecessor Charlie Whiting was able to juggle multiple jobs, but he’d had years to grow into his many roles, and he faced a shorter calendar than Masi does in 2022.

Another inevitable change is the banning of team principal radio interventions.

Traditionally, only the team manager/sporting director of each team had a direct line to race control, but as part of the agreement to broadcast selected messages, their bosses were encouraged to participate last season.

It made for great TV at times, but the emotional messages from Christian Horner and Toto Wolff in Abu Dhabi were a step too far, and the FIA and F1 now realise that allowing them to participate was a mistake, as it put unnecessary extra pressure on Masi.

Routine radio calls from teams will also now be fielded by someone else in race control.

“The team bosses will no longer be able to intervene on this channel,” said Bayer. “But the team managers will still be able to, because they have to be able to ask questions.

“We want to build in a buffer with a staff member who will take these enquiries. In future, the race director will be able to concentrate on his task, and will no longer be distracted.”

The third expected change is the introduction of remote help in terms of extra eyes and ears working from a dedicated site, reviewing incidents and feeding information to race control at the circuits.

That makes a lot of sense given that the race director has his hands full dealing with the aftermath of a crash and any safety car situation while also potentially trying to ascertain if anyone was at fault.

All of these developments will make life easier for whoever has the job as the sport’s referee.

So what else could change, assuming Masi stays? There was talk of bringing in one or two other race directors to alternate and share the job, but the consensus was while rotating works with stewards, the sport needs consistency with the race director job.

Another proposition is to have co-directors, in other words someone sitting alongside Masi with a stronger voice than the current deputy race director has, in effect sharing the responsibility for decisions. 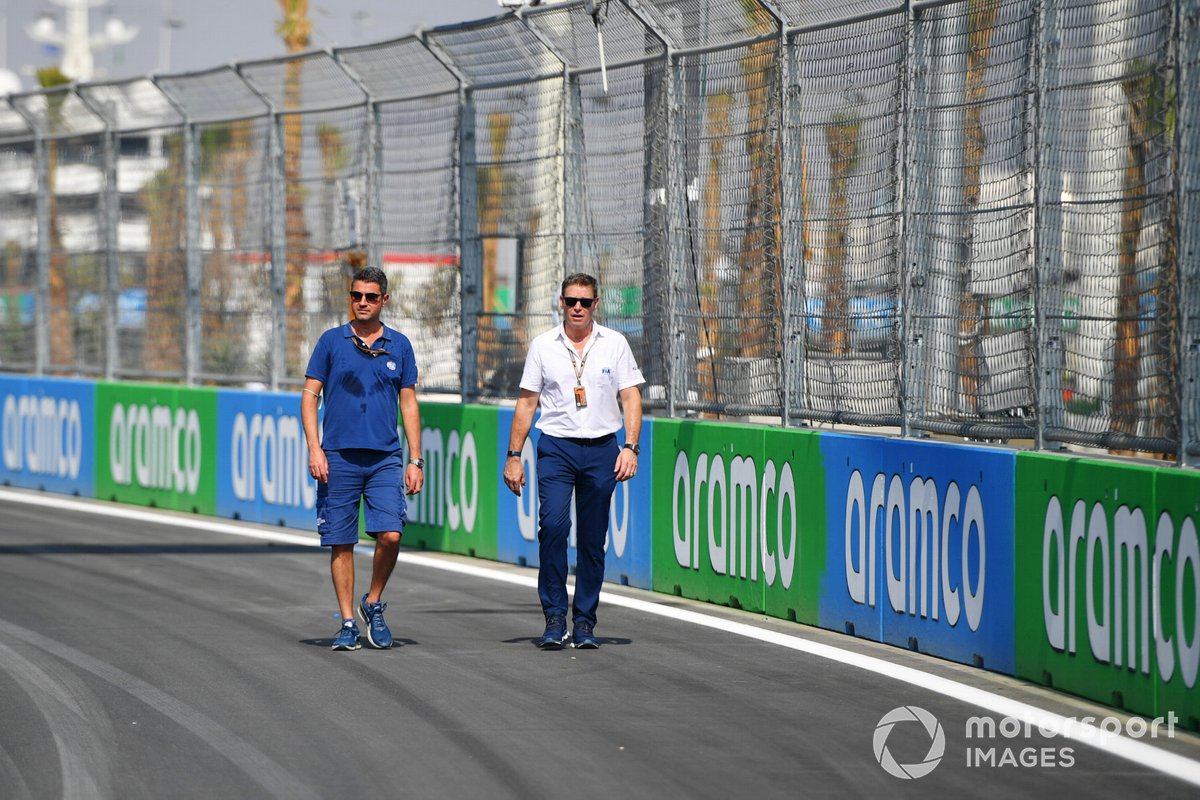 If Masi loses the race director role, and is for example asked to move sideways to focus on his circuit inspection and safety delegate jobs, who could step in?

Replacing him is a challenge for the FIA, and for a variety of reasons. Firstly, not everyone who is potentially qualified will be willing to give up 23 weekends with all the associated travel. And secondly, more than ever the job is seen as a poisoned chalice.

The main candidates are essentially people enjoying a relatively quiet life in lower profile championships with little risk of facing global social media storms, and they may be reluctant to step into the lion’s den.

The FIA is well aware of the challenge that any newcomer will face, another reason to have co-directors, putting less pressure on one individual’s shoulders.

Among those qualified to fill Masi’s shoes from within the FIA system are Eduardo Freitas, GT and WEC race director for over two decades, and Scot Elkins, who has served as a deputy in F1 but is already busy with Formula E and DTM and has a family life back home in the USA.

Then there’s former DTM man Niels Wittich, already named as Masi’s deputy for 2022. Could he step straight into the main seat? 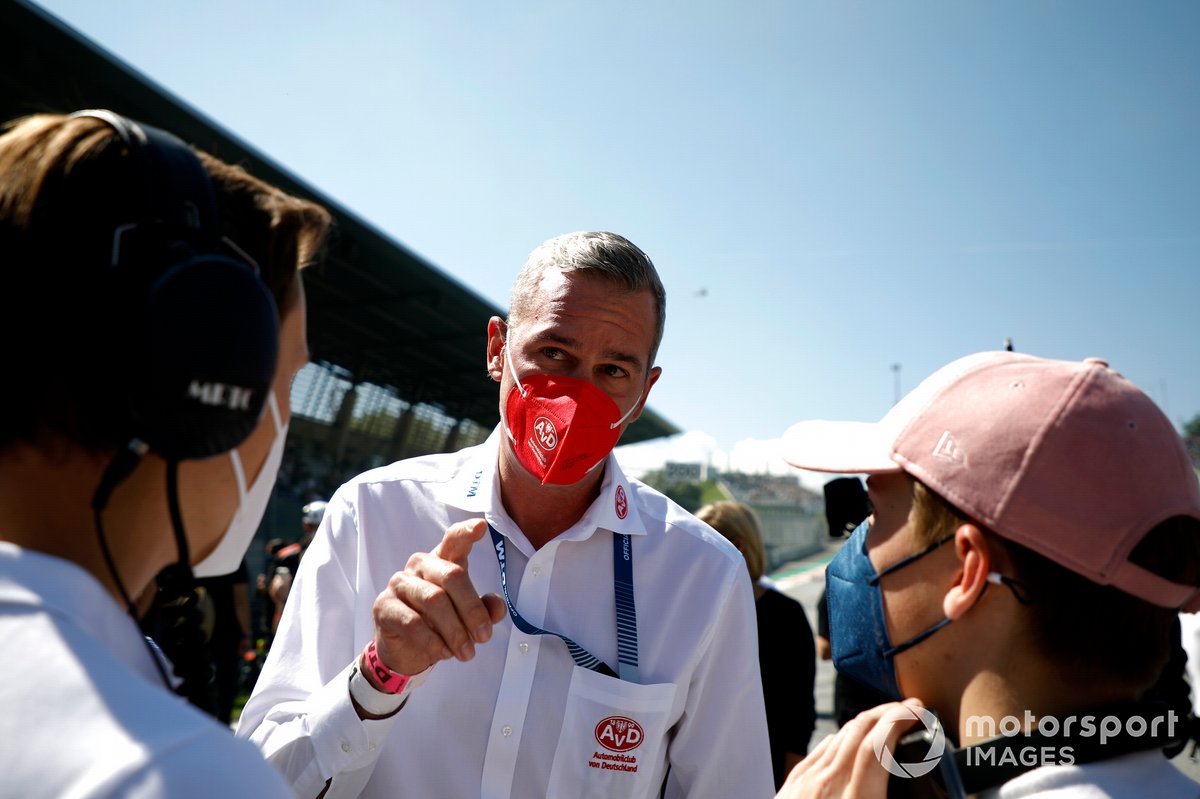 There are also competent but less well known race directors in other series around the world – such as Peter Roberts, familiar with the F1 scene through his Porsche Supercup role – but the list of those available and willing to do the job is relatively short.

All of the above could potentially also share a co-director role, working alongside Masi.

There are also a couple of FIA veterans on the sidelines who could be called back to help out, if only in a sideman or advisory capacity.

Charlie Whiting’s former deputy Herbie Blash has a wealth of experience, but having left F1 at the end of 2016 and kept busy with his work with Yamaha in bike racing he might not have the desire to commit to 23 race weekends.

Then there’s Colin Haywood, another key member of Whiting’s team who served for many years as the FIA’s race control systems manager.

He also spent a couple of years as Masi’s deputy before leaving early in 2021, although he has retained a role as a consultant to the FIA. One could argue that his vast experience was missed last season, and not just in Abu Dhabi.

Will the FIA recruit from outside its established pool? The logical first place to look is at current or past team managers/sporting directors, the guys who know the rules inside out and understand the FIA system. As a group they are also generally calm personalities, able to think on their feet and make quick decisions, which is what the role demands.

Indeed the man currently doing that job at Ferrari, Laurent Mekies, was at one time being groomed by the FIA as Whiting’s replacement. However, after serving as deputy race director in 2017-’18 the Frenchman opted to return to a frontline team role at Maranello.

One man who could slip easily into the hot seat is F1 sporting director and former policeman Steve Nielsen, a team manager with the likes of Tyrrell, Benetton and Renault in the past, who many would see as an ideal choice. 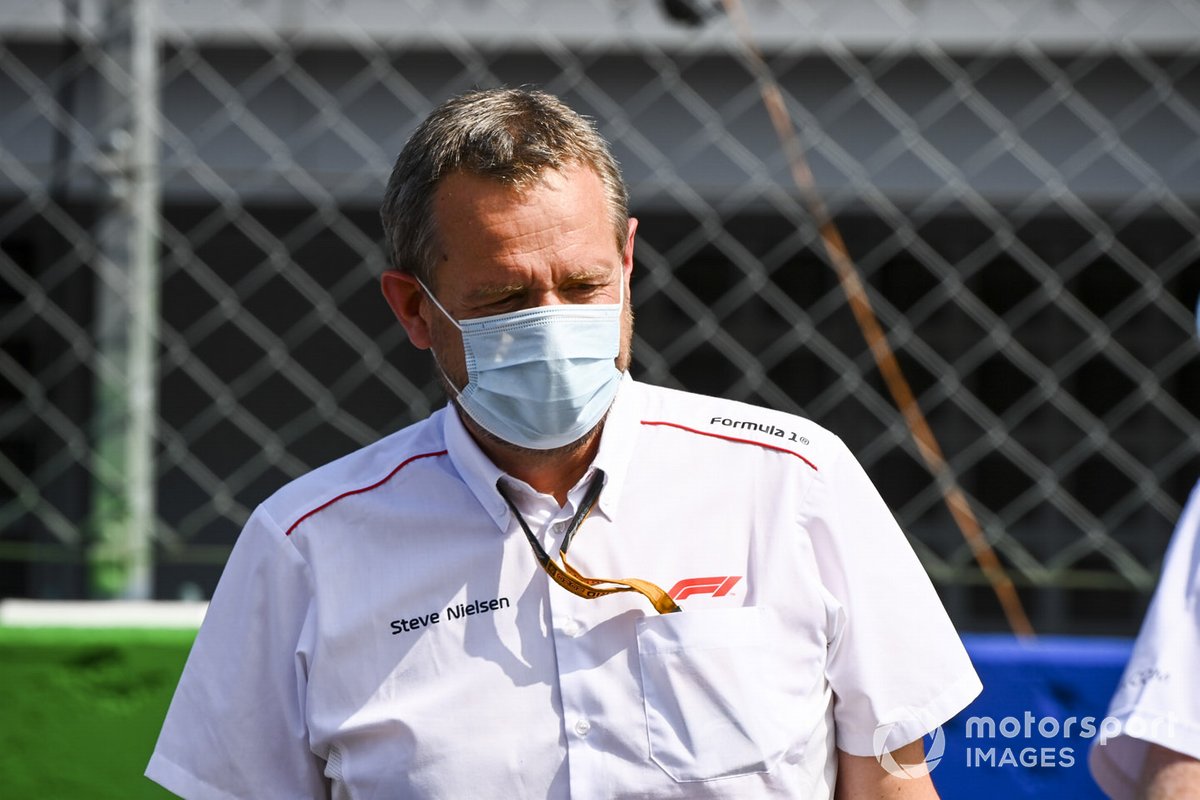 However, he is already flat out multi-tasking with his many other jobs – including helping to write the rules that the race director oversees – and with Ross Brawn leaving the F1 organisation at the end of 2022 his workload could become even heavier. His name has come up, but he’s not expected to be a candidate.

It’s believed that some people working for teams have already been sounded out. However, it’s hard to see any current team manager/sporting director being successfully headhunted by the FIA on the verge of a new season.

The search could also extend to those who have held other jobs within teams, and one name that’s come up is that of former Alpine executive director Marcin Budkowski. He was the Enstone outfit’s de facto team principal last year, before leaving in early January.

He worked for the FIA for a while, in a technical role, before growing frustrated at a lack of opportunity to progress and returning to a team job in 2017.

He’s available, and he would bring an interesting combination of experience and skills, but whether he would want to do it and be accepted by the FIA, F1 and the teams as race director is another question.

Budkowski could perhaps return in another capacity – there’s talk of the FIA looking for an F1 sporting director, a job title that was in effect one of Masi’s, and who would take some of the race director’s current workload. Indeed Budkowski had been lined up for a similar role before he left the FIA last time around. 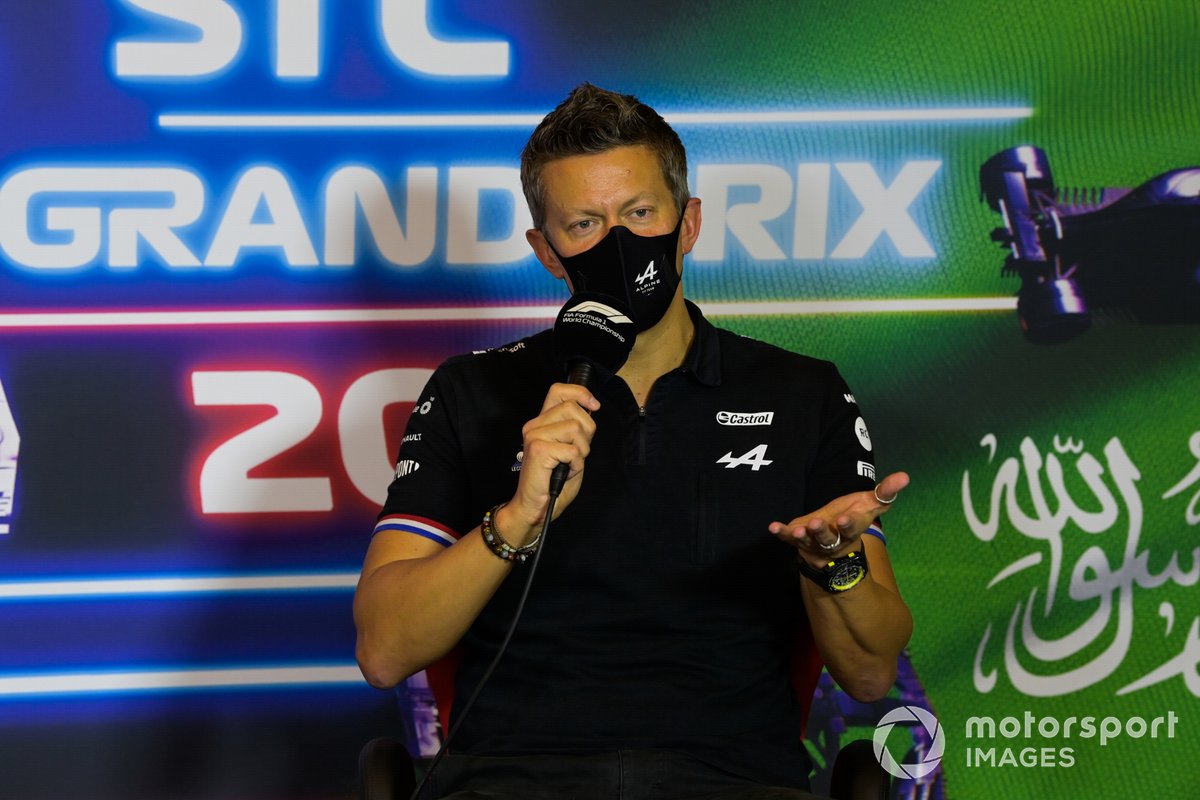 The bottom line is that whoever does the race director job, whether it’s Masi or a newcomer, faces a near impossible task.

After Abu Dhabi, there will be more focus than ever on the decision making process in race control, and there will be little margin for error.

“[Michael] has developed a relatively thick skin against the attacks of individual teams,” said Bayer. “When you work at the FIA, you have to be aware that you are working for the sports police.

“The policeman rarely gets sympathy, as in daily life. What has become unbearable is reactions on social media, they will stop at nothing, as you saw with the death threats against [Nicholas] Latifi.

“Michael doesn’t have a social media account, but the hostility in other channels really hit him.” 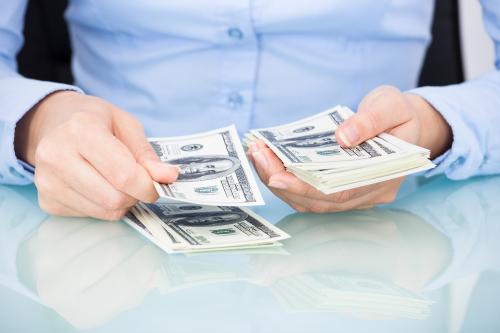