OZARK season three indicated a potential positive beginning for Marty and Wendy Byrde in the next season.

However, the official trailer of Ozark season four shows how badly things may turn out for them.

When is Ozark season four getting released?

Ozark season four will premiere in two parts. Part one begins streaming on Netflix on January 21, 2022. However, it is unclear when part two will be streamed.

It should also be noted that both parts will have seven episodes each.

Furthermore, in June 2020, Netflix announced that Ozark season four will be the last season for the show.

In expressing his excitement about the last season announced by Netflix, Jason Bateman, the writer, and executive producer of the show stated: “A super-sized season means super-sized problems for the Byrdes. I’m excited to end with a bang.”

What is Ozark season four about?

In the official trailer of Ozark season four which was released on January 4, 2022, Wendy and Marty are working for Omar Navarro, who is the leader of the Navaro cartel.

Omar tasks Marty and Wendy to use their influence to ensure he does not get arrested or assassinated, to be able to move to the US.

Omar, the cartel leader then promises Wendy and Marty freedom if they are able to use their influence to get rid of any threats against his life.

Additionally, Ruth and Jonah start their own elaborate money-laundering scheme which seems to be motivated by revenge rather than ambition.

Who is in the cast for Ozark?

Born on January 14, 1969, Jason Bateman began his acting career on television in the 1980s with a role on Little House on the Prairie.

He’s also starred in NBC’s Silver Spoons and The Hogan Family, along with lead roles in films such as Horrible Bosses, The Change-Up, and Identity Thief.

Bateman stars in, directs, and executive produces the Netflix series.

For his performance as Marty Byrde in Ozark, Bateman has received a second Screen Actors Guild Award for Outstanding Male Actor in a Drama Series.

He has also been nominated for three Golden Globes and two Primetime Emmy Awards for his participation in the series.

Laura Linney plays the role of Wendy on Ozark, but before starring on the successful Netflix series, she was a Broadway actress and had additional roles in television and movies.

She starred in the Broadway revival of The Crucible, receiving two Tony Award nominations, and she was also in the original Broadway productions of Sight Unseen and Time Stands Still.

On television and film, she starred in Wild Iris, Frasier, John Adams, and Showtime’s The Big C, as well as Love Actually, Kinsey, and The Nanny Diaries.

Starring as Omar Navarro on Ozark, Felix Solis is an actor, director, and producer born in New York to Puerto Rican parents.

Solis got his start on series such as New York Undercover, NYPD Blue, Third Watch, and the film Empire, all of which are set in New York City.

He then went on to star in shows The West Wing, OZ, Law & Order: SVU, The Sopranos, Law & Order: Criminal Intent, Damages, and Fringe, as well as films like The Forgotten starring Julianne Moore, Wes Craven’s My Soul To Take, Man on a Ledge, and Arbitrage with Tim Roth.

Gaertner plays the role of Jonah on Ozark.

He is a child actor, known also for his parts in The Ticket and Daredevil.

Gaertner made his debut appearance in the television series Lipstick Jungle in 2008.

In the same year, he was offered another job in Law & Order: Special Victims Unit, in which he portrayed Anthony.

Julia Garner plays Ruth in the series and has won two Primetime Emmy Awards for the role.

Martha Marcy May Marlene, The Perks of Being a Wallflower, and Sin City: A Dame to Kill For are among Garner’s cinematic credits.

She also starred in We Are What We Are, Grandma, The Assistant, among other roles. 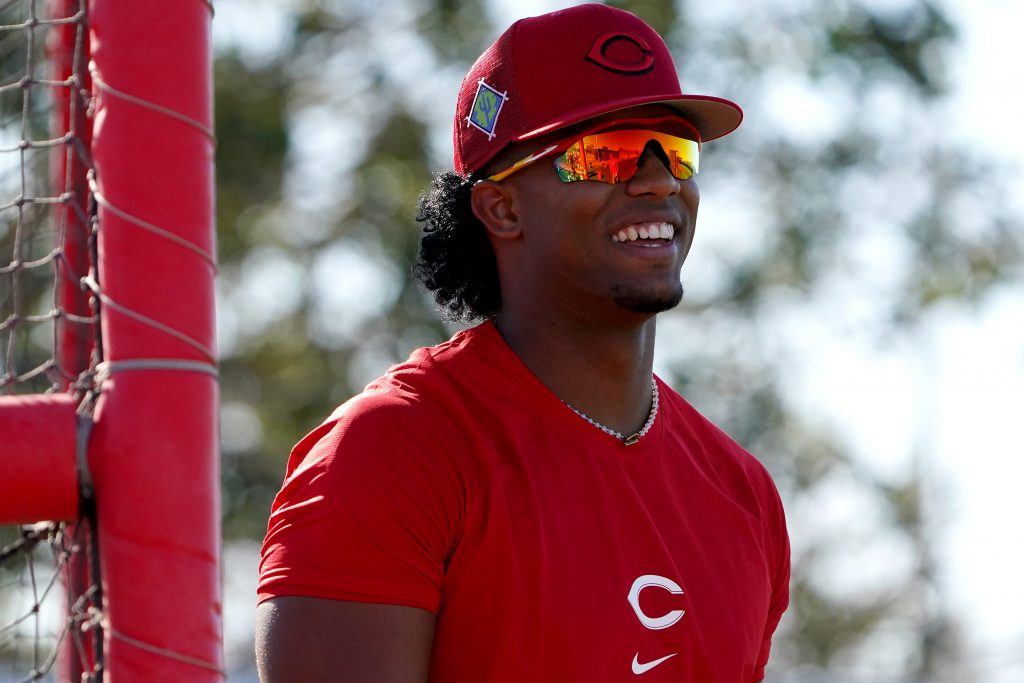 Reds Activate Jose Barrero From IL, Option Him To Triple-A