While it may not be Titanfall 3, Apex Legends is one of the best battle royale games available right now, and has comfortably sat at the top of the Steam charts along with competitors like PUBG Battlegrounds, and has given the infamous Fortnite a run for its money over the last few years. As all good ongoing games do, Apex Legends is always adding new content, whether it be skins, characters or maps.

Apex Legends‘ latest stream of new content came with its Season 11 update, which added some of the best content Apex Legends has seen for a while, including a new SMG, a new map, and a new playable Legend. While fans of the game are still seeing all that Season 11 has to offer, the next update is always on the horizon, and Season 12 promises to be a good one.

When Does Apex Legends Season 11 End, and Season 12 Begin?

Apex Season 11, titled “Escape,” released only just last month, on November 2, but with every new season comes a new Battle Pass, and that Battle Pass usually has a timer attached to it which tells the player how long they’ve got to unlock all of the gear in the pass. While it isn’t fool proof, this is often a good indication of when a season will end.

According to the Season 11 Battle Pass timer, this current season should wrap up around February 8 of next year, so in just over a month’s time. This end-date is fairly likely, as each Apex season tends to last for around three months, therefore Season 12 coming on February 8 would make complete sense.

Still, that doesn’t mean that the date is set in stone, as some Apex seasons have taken their time, being pushed to around the mid-point of the month as opposed to the start. It seems like a good bet, though, that Season 12 will land about halfway through February 2022.

What Could Be Added To Season 12?

Fan speculation is running rampant right now about Apex Legends Season 12. Players are looking to previous seasons to see if there’s a connective thread between them that might hint at what players will be getting in February, and there does seem to be a few likely additions.

If Season 11 is anything to go by, then players may receive a new weapon, as the C.A.R SMG was just added to the game. On the other hand, a brand new map might not be too likely as Respawn does not put new maps in every season update, and players just received a new one named Tropics in Season 11. That being said, there could be some new map changes with the update, such as terrain alterations or environmental hazards, much like Season 10’s lava waves that changed several areas of the main map.

One thing that is practically a given at this point is the addition of a brand new Legend playable character, as these often appear with each new update of the game. Titanfall 2‘s Ash was just added in Season 11, boasting some helpful support-type abilities such as an Arc Snare that can damage and mark a target, and an Ultimate that grants access to a one-way portal for the team.

While there has been absolutely no official confirmation at all yet, data-miners have, as always, done some deep digging in the game’s files and have allegedly found evidence that the new Legend coming with Season 12 is going to be Maggie, a childhood friend of Fuse, the Legend introduced with Season 8. And while there have been rumors that her abilities may include some kind of Sonic power, there has been no real evidence to link the claims to fact. One thing is for sure, though: Apex Legends Season 12 is going to be a great season when it inevitably launches next year.

MORE: Apex Legends Players Are Adding Emojis To Their Names To Break The Game

In the violent Apex Legends game, Gibraltar stands out as a gentle giant. From his fighting skills to compelling backstory, here are a few tidbits. 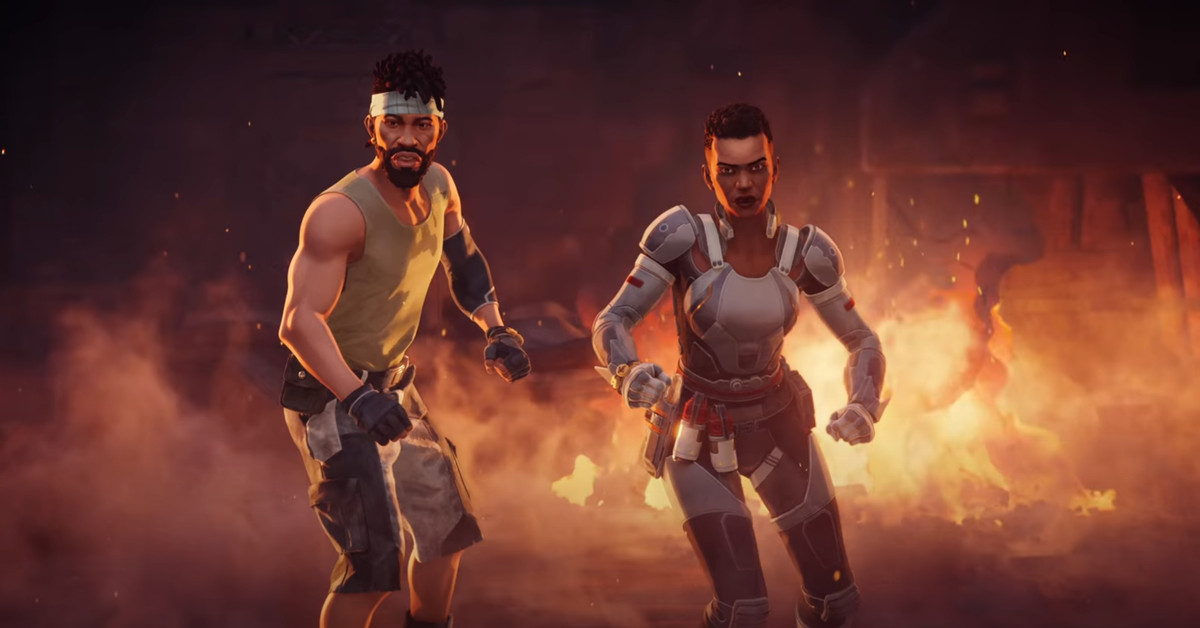 In 2 months, Odell Beckham Jr. has gone from faded star to one of the most fascinating NFL free agents of 2022

What is ‘twee’ and why is TikTok debating its return?

What Is Bitcoin Backed By? – Nasdaq