What is the Electoral Count Act and how does it work? 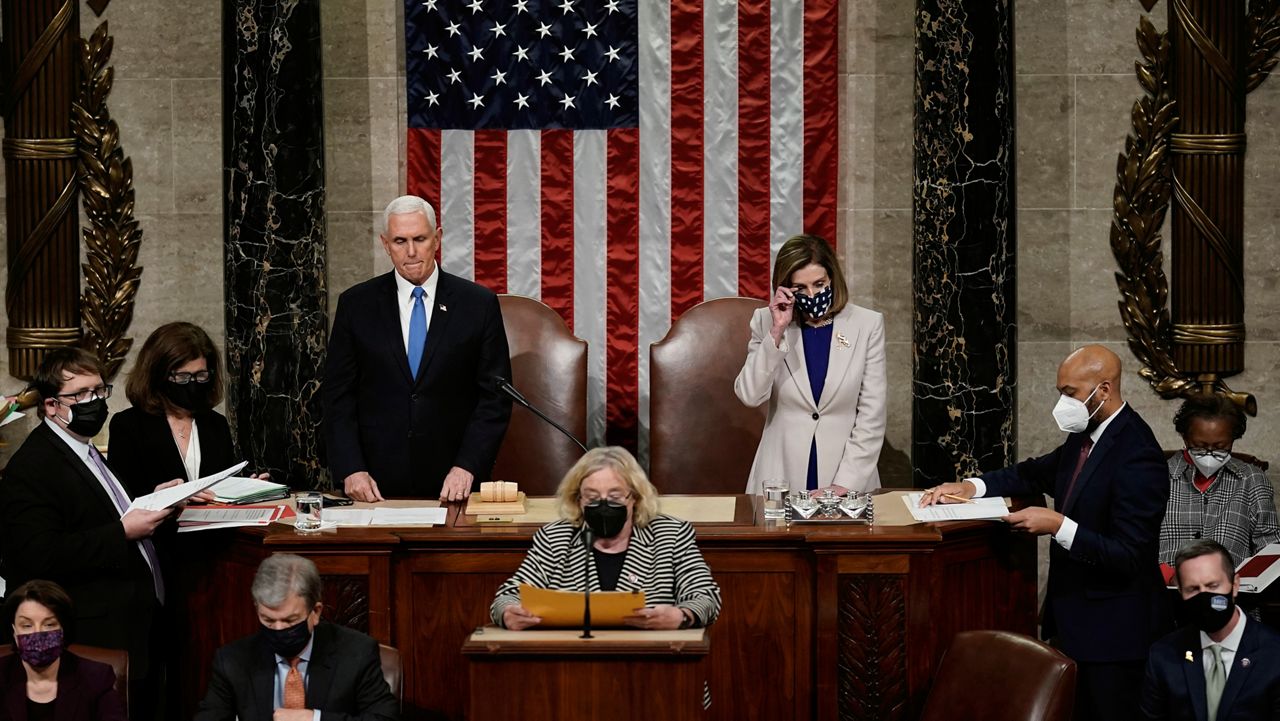 The Electoral Count Act is a law that cuts to the heart of American democracy: How to transfer power peacefully after a presidential election.

And yet, the way it’s written, it’s barely comprehensible.

“It does seem like gobbledygook, unfortunately,” said Edward Foley, who directs the election law program at Ohio State’s Moritz College of Law. “That’s a scary thing in the context of a fight over who wins the White House, right?”

On that day, Congress was meeting to certify what had already been counted and recounted repeatedly by the states: Joe Biden had beaten Donald Trump for the White House.

But Trump had refused to concede, and called on then-Vice President Mike Pence to void the count. In a now-infamous speech at the Ellipse, Trump laid out his case for why he believes the election results were false, calling on his supporters to “fight like hell.”

“If you don’t fight like hell, you’re not going to have a country anymore,” he said, adding: “We’re going to walk down Pennsylvania Avenue. … We’re going to the Capitol.”

What happened next was seen around the world: Trump’s supporters breached the Capitol; a noose and gallows were spotted outside. Pence, House Speaker Nancy Pelosi and other lawmakers were whisked to safety before returning later that evening to finish the count. Pence belatedly announced Biden had won the Electoral College, 306-232.

Pence had said he didn’t have the power to overturn the results. Legal scholars agreed. But the fact that there was even doubt may speak to the cloudiness of the Act’s language.

“I’m sure it’s surprising to viewers and somewhat troubling that something so important is this confusing,” Foley told Spectrum News.

The Electoral Count Act was born from another disputed election

The law came a decade after perhaps the most contested election in American history, the 1876 contest between Republican Rutherford B. Hayes of Ohio and Democrat Samuel J. Tilden of New York. The backdrop was the post-Civil War “reconstruction” era.

Congress created a commission, ultimately giving Hayes a 185-184 Electoral College victory. Behind the scenes, a deal had been struck, called the Compromise of 1877. Tilden and the Democrats would concede in exchange for the removal of federal troops from the South, officially ending the Reconstruction Era. The agreement is cited as the beginning of a century of Jim Crow laws in the South.

A decade later, Congress passed the Electoral Count Act, which then-President Grover Cleveland signed into law on Feb. 3, 1887. The law lays out procedures and deadlines for states to follow when it comes to certifying election results and resolving disputes before submitting final tallies to Congress.

The law has guided more than a century of elections, but Foley says it doesn’t entirely outline  how to disentangle disputes involving the highest office in the land.

“They knew it was ambiguity papering over disagreements, but they wanted something instead of nothing because they had had a series of close calls after 1876,” Foley said.

The law’s antiquated language is one problem; another is that it appears to give the Vice President and members of Congress largely ceremonial roles in recording election tallies that have been certified at the state level.

But it also gives members of Congress the ability to object: Both Democrats and Republicans have exercised that right, but so far, the objections have not been sustained by enough of their colleagues.

That begs this question: What happens if enough do?

And, to return to the example that Jan. 6 so chillingly provided: What happens if a future Vice President does what Pence wouldn’t?

And, finally, how should Congress handle the unlikely, but frightening, prospect of state lawmakers announcing rival winners?

Foley says for those reasons and more, the law is ripe for clarification.

Is reform on the way?

In recent weeks, Democrats in Congress are pushing to pass broader measures they say are needed to counteract voting law changes at the state level that Republicans recently passed.

On Thursday, the House of Representatives passed a measure that combines two major voting rights bills — the Freedom to Vote Act and the John Lewis Voting Rights Advancement Act.

The sweeping Freedom to Vote Act, which carries the crucial backing of moderate Sen. Joe Manchin of West Virginia, would make Election Day a national holiday, create a national standard for voter identification, crack down on long voting lines at polling places, expand mail-in voting and mandate states offer a minimum number of days for early voting. It would also outlaw partisan gerrymandering of resdistricting maps, overhaul campaign finance reform and make it a federal crime to harass or threaten election officials.

The John Lewis Voting Rights Advancement Act would update and restore provisions of the Voting Rights Act of 1965, which was gutted by the Supreme Court in separate decisions in 2013 and 2021.

Biden, who attended a Senate Democratic Caucus meeting on Thursday on voting rights, is pushing his party to follow the House’s example, but doing so would require convincing ten Republicans to join Democrats in overriding an expected GOP filibuster – or changing the Senate’s rules to amend or bypass the fillibuster to get voting rights passed.

On that highly controversial measure, Biden has not found enough support from his party’s senators: Moderate Sen. Joe Manchin of West Virginia has previously opposed filibuster changes, and fellow centrist Sen. Kyrsten Sinema of Arizona on Thursday said that while she “strongly” supports “and will continue to vote for” the two voting bills, she does not support eliminating the 60-vote filibuster threshold to get them passed.

“Eliminating the 60-vote threshold on a party line with the thinnest of possible majorities to pass these bills that I support will not guarantee that we prevent demagogues from winning office,” Sinema said, calling it a “critical tool” to safeguard American democracy.

“While I continue to support these bills, I will not support separate actions that worsen the underlying disease of division affecting our country,” she added. “There’s no need for me to restate my longstanding support for the 60-vote threshold to pass legislation.”

A “civic duty to remove that danger”

Such a move may not be as expansive as Democrats may want.

But it may attract enough votes to pass the Senate – and finally clarify for the 21st century a glaring uncertainty: How the President is put into office.

Foley calls it a “civic duty to remove that danger.”

“Whatever other improvements to American elections can happen or should happen, eliminating this danger seems a high priority and should happen – if that at least as possible.” 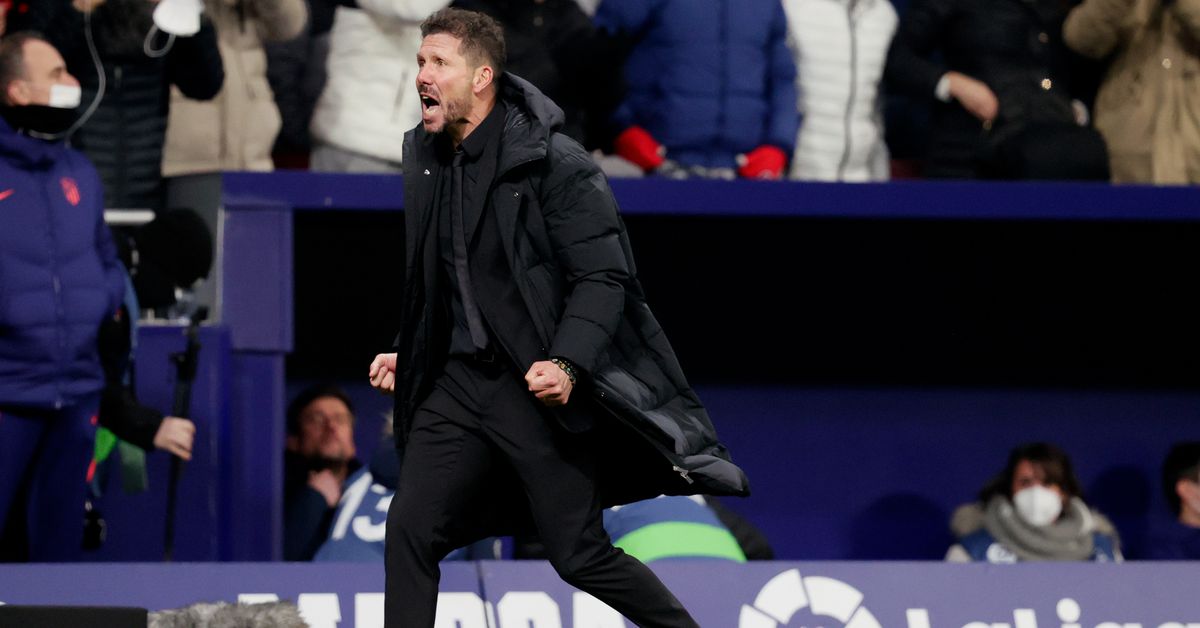