What is difference in Texans interviewing Josh McCown, Hines Ward?

The Houston Texans announced they interviewed Josh McCown as they search for their fifth full-time coach in team history.

The same thing happened last year: the Texans had a vacancy, and they interviewed the former SMU and Sam Houston State product.

Houston interviewing McCown a second time in as many seasons has stirred up the people questioning the direction of the franchise and who has the real power. After all, McCown said some nice words about the resident Reverend Harry Powell character on Kirby Drive. So, analyzing the interview of McCown from that angle is the Chicken McNuggets evaluation necessary when wondering what’s wrong with the Rockets and working on the Astros preview before the date pitchers and catchers report.

What is fascinating is how the Texans weren’t scrutinized for bringing in Hines Ward for an interview.

Spare the ballads of how Ward is a two-time Super Bowl champion and played for a great organization. A lot of good that did Bart Starr, who could quarterback the Green Bay Packers to five NFL championships, including two Super Bowl wins, but posted a paltry two winning seasons and one playoff win as their coach from 1975-83. Sometimes Hall-of-Fame talent on the field doesn’t translate well to the sidelines.

As a coach, Ward was a nebulous offensive assistant with the New York Jets from 2019-20. Maybe that was another example of Adam Gase squandering talent, and it could have been. However, Ward went from being on an NFL staff to being the receivers coach and special assistant to the head coach for the Florida Atlantic Owls in Conference USA.

Imagine if the Texans interviewed Rice Owls receivers coach Mike Kershaw for their coaching vacancy. In terms of coaching experience, the difference is negligible, and it would be worthy of Chick-Fil-A chicken nuggets level of criticism. That is basically what Houston did by interviewing Ward.

The reality is the Texans have spent two interviews on candidates that have no legitimate shot at being coaches this cycle, nor have they proven anything to this point that they should be the fifth full-time Texans coach. Only half of that equation has anything to do with the current executive vice president of football operations.

Texans players share their thoughts on Jack Easterby since 2019 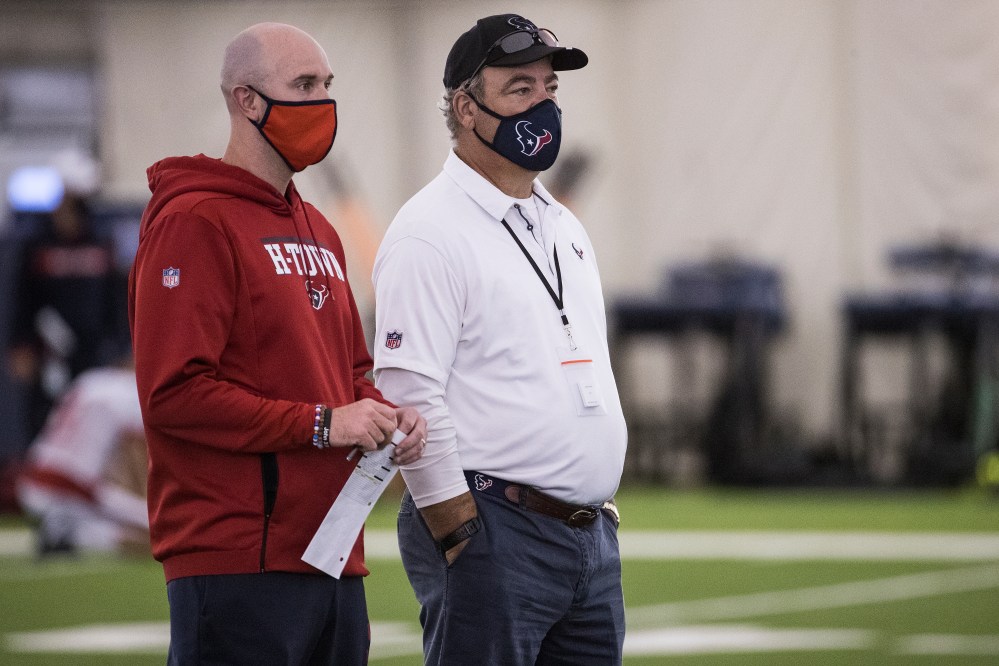 NFL First Round Draft Pick Has Been ‘Unavailable’ This Week

Netflix Needs Some Help With Ads