Twitter filed a much-anticipated lawsuit yesterday as it looks to force Elon Musk to close his $44 billion acquisition of the company. Twitter argues that it has every right to do so under a specific performance provision in the deal contract.

The company, with the help of lawyers at Wachtell (which has also worked for Musk), set fire to Musk’s efforts to drop the bid, which it argued were more about the drop in Tesla’s shares and its effect on Musk’s wealth than anything else.

“Musk refuses to honor his obligations to Twitter and its stockholders because the deal he signed no longer serves his personal interests,” the company said in the suit, adding: “Musk apparently believes that he — unlike every other party subject to Delaware contract law — is free to change his mind, trash the company, disrupt its operations, destroy stockholder value, and walk away.” (Musk has not responded to a request for comment.)

The company gave Musk everything and more on spam accounts, contrary to Musk’s claims that Twitter stonewalled his efforts to get the information he needed to close the deal. But even then, Twitter claims, Musk’s demands became progressively more irrational.

“From the outset, defendants’ information requests were designed to try to tank the deal,” the lawsuit reads. “Musk’s increasingly outlandish requests reflect not a genuine examination of Twitter’s processes but a litigation-driven campaign to try to create a record of noncooperation on Twitter’s part.”

Bots do not count as a “material adverse effect” that would justify canceling the deal, Despite Musk’s claims that Twitter’s regulatory disclosures, which state that about 5 percent of its accounts are bots, were intentionally misleading. Twitter explicitly said in its regulatory filings that the figures were estimates. And Musk cited fixing the problem of spammers and bots as a primary reason he wanted to buy Twitter, according to the suit.

On April 9, the day Musk said he wanted to acquire Twitter rather than join its board, he texted Twitter’s chairman, Bret Taylor, to say “’purging fake users’ from the platform had to be done in the context of a private company because he believed it would ‘make the numbers look terrible,'” the suit reads.

Twitter ran its business in “ordinary course,” meaning consistent with how it previously ran things. Breaking an “ordinary course” provision has gotten a buyer out of a deal before, notably AB Stable’s acquisition of MAPS Hotels and Resorts during the height of the pandemic. Musk accused Twitter of breaking its ordinary course when it, among other things, slowed hiring and fired two executives without telling him.

But Twitter contends that Musk actually wanted layoffs at the company. On April 28, shortly after Musk signed a deal to buy Twitter, he texted Taylor to say his “biggest concern is head count and expense growth,” according to the suit. Twitter says that it told Musk’s lawyers of its decision to let go of the executives and that the lawyers had “raised no objection.” (The suit did not say when Musk’s lawyers were notified of those decisions.)

Musk breached the agreement by not using “reasonable best efforts” to close the deal, and so has no right to terminate it.

Twitter said in its lawsuit that Musk had appeared to abandon efforts to complete his debt financing. And he disappeared when Twitter’s executives, including Ned Segal, its CFO, reached out to discuss the figures about spam accounts that Musk had said he was concerned about.

Musk also appeared to get rid of executives who were helping him close the deal, such as Bob Swan, a former CEO of Intel, according to the lawsuit. On June 23, Musk told Twitter that he had asked Swan “to depart the deal proceedings, as we are not on the same wavelength.”

What now? Musk can stick to his guns and count on digging up something embarrassing about Twitter in discovery, He can also hope that a judge will find that forcing him to close the deal would be too complicated, given the magnitude of the transaction. He could try to strike a new deal with Twitter at a reduced price, or walk away with damages (but at what price?). And he will certainly continue tweeting.

Oil prices fall below $100 as signs of a global economic slowdown increase. US benchmark prices were higher today, after plunging about 8 percent yesterday on concerns about the economic outlook for China, the world’s leading oil importer. Meanwhile, the euro was slightly higher against the US dollar today after slipping to near parity yesterday for the first time in nearly 20 years.

A poll shows a tight race for control of Congress ahead of midterm elections. For the first time in a Times/Siena College national survey, Democrats had a larger share of support among white college graduates than among nonwhite voters — an indication of the shifting balance of political energy in the Democratic coalition. As recently as the 2016 congressional elections, Democrats won more than 70 percent of nonwhite voters while losing among white college graduates.

Shoppers are still willing to pay more for drinks and snacks, PepsiCo says. The company’s second-quarter revenue and profit, which both beat analyst expectations, grew faster than sales volumes, implying that the company was able to charge more for its products. But it left its profit forecast unchanged because of uncertainties about whether that could continue.

Apple ends its consulting agreement with the designer Jony Ive. Ive and Apple have agreed to stop working together, ending a three-decade run during which the designer helped define every rounded corner of an iPhone and guided development of the Apple Watch.

All eyes on the inflation report

This morning, the government will report what has become the most watched, and fretted over, economic data point of 2022 — the monthly update on consumer prices. Here’s what to expect:

A new high. Economists are estimating that the Consumer Price Index, a closely followed measure of inflation, rose 8.8 percent in June compared with a year earlier, The Times’s Jeanna Smialek reports. That would be the fastest 12-month pace since 1981. The increase was driven by higher gas prices, climbing rents and swelling grocery bills.

Some hopeful signs of relief. Gas prices have been dropping recently. The slide is too recent to be reflected in the June data, but if it continues, it could help bring down inflation. And economists are finding that food and fuel prices aside, inflation trends for all of the other stuff are beginning to moderate. Target, like some other retailers, recently reported it was having trouble selling its inventory. “There is going to be a silver lining in the inflation report,” Vincent Deluard, a strategist at the institutional brokerage firm StoneX Group, told DealBook. “If you dig into the report, you will see gas, summer travel — and some of these things will ease, but they are going to ease very slowly.”

Deluard said not to count on it, at least not until next year. Because of the concentration of wealth in America, he said, those who see their net worth drop the most in bear markets are the ones who have the least propensity to consume more or less based on the economy.

For full coverage of today’s inflation report, see The Times’s special briefingwhich will be updated throughout the day.

“Students who already have a leg up don’t need another leg up.”

— Logan Roberts, a Yale student who opposes admissions preferences for children of alumni. If the Supreme Court rules against affirmative action this fall, legacy preferences could become harder to defend,

Where are Su Zhu and Kyle Davies, the founders of the failed crypto hedge fund Three Arrows Capital? Until recently, they were known as reliable old-timers on the blockchain scene. But they appear to have “ghosted,” compounding fears that the once seemingly solid firm’s collapse last month — which prompted the bankruptcy of the broker Voyager Digital and has had a domino effect on other companies — could leave deep scars on the crypto industry.

Zhu and Davies face orders to show up. Yesterday, a federal bankruptcy judge in New York granted requests from liquidators to subpoena them. The liquidators’ lawyer argued that the founders had not meaningfully cooperated or supplied required information, and that attempts to find them in an office had failed; it was locked and empty. “To put the world on notice” that the liquidators control the assets of Three Arrows, the lawyer also sought an order staying collections from any US creditors. It was granted.

Three Arrows denied that it had been uncooperative. Zhu, who had been a prolific podcaster, resurfaced on Twitter yesterday after an uncharacteristic weekslong silence. He said Three Arrows was making a good-faith effort to work with liquidators, and he attached a letter from his lawyer to the complainants denying their claims and noting that “our clients and their families have received threats of physical violence.” In another attached letter, the lawyer said that as investors and shareholders — and in Zhu’s case, as a creditor of the firm — his clients were concerned that the liquidators had also caused substantial losses by failing to exercise a crypto purchasing option, possibly breaching their legal duties.

But neither Zhu nor his lawyer said where the founders were, or whether they would show up if subpoenaed. What is clear is that several crypto companies are already caught up in the firm’s troubles, and more may join them. The judge also granted the liquidators’ request to subpoena businesses with ties to the fallen firm.

Correction: Yesterday’s newsletter incorrectly attributed a quote. It was a spokeswoman for Senator Patrick Toomey who provided a statement to DealBook via email, not the lawmaker himself. Stranger Things, Here Are 6 Songs That Should Soundtrack Your Final Season 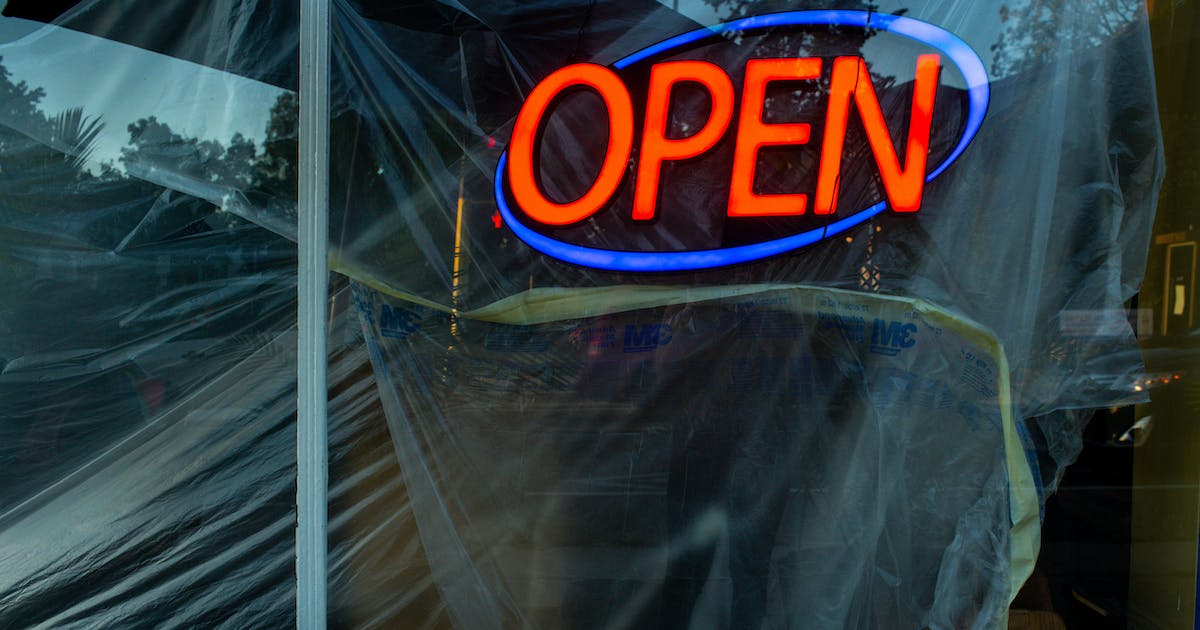