As part of Stand Up To Cancer, the nation’s favourite game of cat and mouse returns with a new cohort of celebrities on the run. Split into teams of four trying to escape capture from 30 expert hunters, our fugitives this time include Drag Race winner The Vivienne, wonderfully double-barrel-named Made in Chelsea stars Ollie and Gareth Locke-Locke, and garage artist Lisa Maffia. With six episodes running weekly, the hunt is on – who will make it to the end? Hollie Richardson

Deserts aren’t the friendliest places on Earth for plants, but the cactus has an advantage. Sir David Attenborough finds this out the hard way when he gets on the wrong side of a cholla cactus. As always, the effects of climate change loom behind the beauty of the plants. Hannah Verdier

Garden Week arrives at GPTD HQ and the eight remaining contenders are tasked with creating a trio of gnomes. As well as that jolly but demanding challenge there is also the biggest ever Throw Down. Will the potters have the energy to work so much clay? And who let judges Keith Brymer Jones and Rich Miller near the dress-up box? Graeme Virtue

Having just about stayed on the road through so many twists, switchbacks and sharp left turns, the Williams brothers’ fun thriller reaches its conclusion and plays to its strengths: Jamie Dornan and the fantastic Danielle Macdonald are on screen together for as much of the episode as possible. Jack Seale

The Caribbean with Andi and Miquita

Emotions and spirits are high as the sparky mother-and-daughter team finish their Caribbean tour in Barbados. It’s not all morning pub crawls and singing on the beach; the pair also unpick the island’s much darker points of history through a very personal lens. HR

After the opener’s explosive cliffhanger, Lana (Vicky McClure) is reeling from the aftermath of what happened to pal and fellow expo Joel Nutkins (Adrian Lester). But there’s no time for too much sentimentality – Lana has a summer reign of terror to get to the bottom of, with this episode providing some leads while maintaining that high Jed Mercurio tension. HR

Dead of Night, 7pm, Talking Pictures TV
This 1945 portmanteau film is one of the greats of British horror, if only for the chilling final segment of its five tales-with-a-tale. The brilliant Michael Redgrave plays a tormented ventriloquist whose dummy starts to get ideas of its own about their partnership. The other stories – directed by the likes of Robert Hamer and Alberto Cavalcanti – feature a haunted mirror, premonitions of death and child ghosts in country houses, plus the bonus of Basil Radford and Naunton Wayne basically reprising their Charters and Caldicott double act from The Lady Vanishes. SW

Norman Jewison’s 1967 crime drama is the late Sidney Poitier’s finest film – a fiery denunciation of racism wrapped up in a gripping murder mystery and decorated with a superb jazz-blues soundtrack from Quincy Jones. Poitier is Virgil “They call me Mister” Tibbs, a Philadelphia homicide detective passing through rural Mississippi who is roped in to helping bigoted sheriff Gillespie (Rod Steiger) investigate the death of a white industrialist. Poitier is magnetic and permanently on the boil, while Steiger nails the difficult shift from resentment of Tibbs to respect. SW 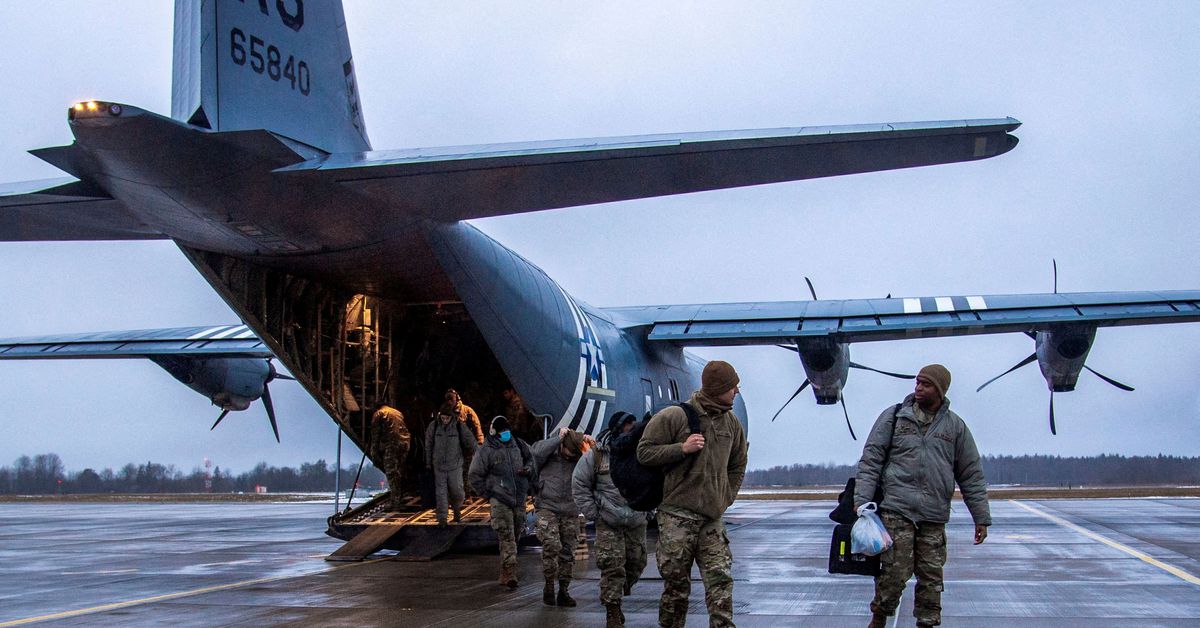 Explainer: What are NATO’s next steps if Russia invades Ukraine?

Is Tom Brady the greatest athlete in Sports history?