Trump fans, when is enough enough?

Donald Trump appeared at a rally in Conroe, Texas on Saturday. Conroe is the county seat of Montgomery County. It is described by Rolling Stone reporter, Steven Monacelli, who attended the rally, as “…one of the reddest counties in one of the reddest states.”

According to Monacelli, Trump announced that rally was the biggest ever, that the fake media wouldn’t show the crowd size and, repeated a false claim he made in Arizona about a 29-mile-long line of cars coming to the rally. Only this time it was 30 miles long.

As reported by The Washington Post’s Aaron Blake, Trump encouraged people to engage in massive demonstrations in jurisdictions pursuing criminal investigations against him over Jan. 6 and tax-related issues. “Minutes later,” Blake reported, Trump said that if he were reelected, he would consider pardoning Jan. 6 Capitol rioters.

Trump told his cheering mob, if any of them “do anything wrong or illegal,” he hopes to see “the biggest protests we have ever had in Washington, D.C., in New York, in Atlanta and elsewhere.” As if one Trump-induced riot on Jan. 6 wasn’t enough.

Unlike the folks in Conroe, and Trump’s political toadies like Texas Gov. Greg Abbot, I think enough is enough. And, like Howard Beale, the fictional news anchor in the 1975 film classic “Network,” who implored his viewers to shout from their windows, I am “as mad as hell, and I’m not going to take this anymore!”

Beale prefaced one of the most famous lines in movie history with this: I want all of you to get up out of your chairs. I want you to get up right now and go to the window, open it, and stick your head out and yell, ‘I’m as mad as hell and I’m not going to take this anymore!’”

Is this a Howard Beale moment? Are you as mad as hell, as I am? If yes, what do we do about it, beyond lamenting, “enough is enough?”

Ted Block is a resident of Delray Beach. 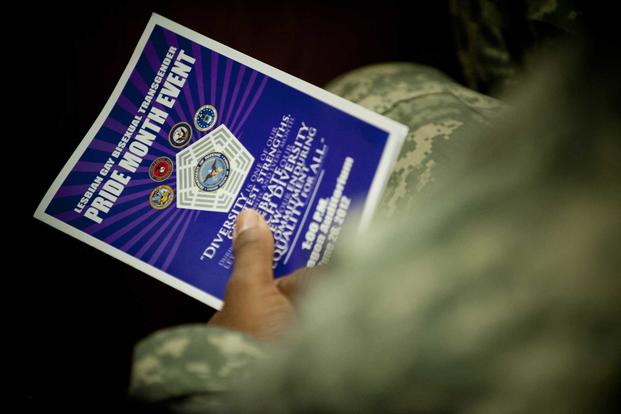 Pentagon Quietly Looking into How Nonbinary Troops Could Serve Openly