These G-rated Movies on Netflix Are Super Family-friendly

Being able to comfortably turn on a Netflix movie without having to worry if anything inappropriate will pop onto the screen is a big deal for adults who have kids nearby to worry about. Family-friendly movies come around often but sometimes even the PG-rated films include jokes that take things a little too far. When a family movie is branded with a G-rating, you can almost guarantee the movie is going to be totally appropriate and suitable for the little ones in your life. Here are some of the awesome G-rated movies currently available on Netflix today.

In 2018, an interesting documentary about spelling bees premiered. It’s now available on Netflix for families to enjoy together. The documentary follows the lives of four Indian-American students as they do their best to prepare for the Scripps National Spelling Bee. It’s one of the most high-intensity competitions ever for young prodigies who want to prove their intelligence in front of large audiences. One of the last major spelling bee movies released was Akeelah and the Bee back in 2006 starring Keke Palmer in the leading role. This documentary isn’t dramatized at all in that way though. It includes the real-life training, anxiety, and triumphant successes of the spelling bee contestants.

The Princess Switch movie franchise has been so successful that is spawned three movie released so far. It stars the lovely Vanessa Hudgens in the leading role, but she doesn’t only play one character… she actually plays three! Swapping identities, falling in love, and making sure that star-crossed lovers are able to come together is what this adorable holiday movie is all about. Vanessa Hudgens became super popular after starring in the High School Musical movie franchise. The Princess Switch movies tend to be as precious to watch as her work with Disney once was.

This animated caveman movie tells the story of Father Bigfoot whose reached a new level of fame and notoriety. He decides to use his clout to change the world for the better by agreeing to collaborate with an environmental organization. Their mutual goal is to protect a nature reserve from being callously removed, but when he suddenly goes missing, no one knows what to make of the mysterious situation. Some of the voice actors in this 2020 movie include Alexis Victor, Pappy Faulkner, ad Jace Norman.

One of the newest movies on Netflix with a super safe G-rating is called My Octopus Teacher. It was released in 2021, giving viewers a stunning view of the deep, blue ocean. Exploring nature is one of the most magical things human beings can do on this planet, and that’s part of what makes this movie so fun to watch. This masterpiece of a film took home the 2021 Academy Award for Best Documentary Feature, since it’s filled with so many beautiful views of the ocean as well as underwater creatures and sea life.

Robin Robin is a short animated movie that was released in 2021 on Netflix. It’s about an optimistic young bird named Robin who grows up in a family of mice. Although she wasn’t raised by other birds, she doesn’t really notice, because her mice family has always made her feel so included. When Christmas comes around, she decides to make a heartfelt wish on a star to figure out who she really is. She also wants to know about the magic of flying since it’s something she hasn’t experienced before.

Barbie Princess Adventure is a 2020 animated movie about Barbie going on an unexpected mission. She realizes she shares a striking resemblance with a royal princess. When Barbie learns there’s an evil prince with dangerous plans laid out, she must step up to the plate to intervene. A case of mistaken identity and a willingness to be courageous creates the fun and adorable premise of this movie.

Plenty of funny memes have been created for social media users from the movie Radio Rebel. It premiered in 2012 and stars none other than Debby Ryan in the leading role. She’s a notable actress most people recognize from her time starring on Disney Channel in shows like Jessie and Suite Life on Deck. Radio Rebel is about a teenage girl who’s extremely shy before landing the job as a mystery DJ for her high school radio station. Since no one knows her identity, she’s able to speak her mind and truly be herself for the first time ever. The school principal threatens to expel her unless she’s willing to reveal her identity before the end of the school year, leaving her at a crossroads.

The Boy Who Cried Werewolf is a 2010 family movie that slightly fits into the horror category without being overly scary. It stars Victoria Justice in the leading role. Audiences probably recognize her from her time on Nickelodeon in the show Victorious where she played the leading role. In this movie, the Sands family falls on hard times and must move to a new haunted estate they’ve inherited from a long-lost relative.

A Champion Heart is a 2018 G-rated movie on Netflix about a 15-year-old girl named Mandy Renner. After her mother tragically passes away, she struggles to overcome her grief while residing in a brand new town. The most popular girls at her high school betray her so badly that her trust for other people dissipates completely. The only time Mandy feels like someone understands her is when she’s spending time with a gentle horse at an equine sanctuary.

Ghost the Mountains is a 2017 documentary that showcases the work of several hard-working filmmakers as they go head-to-head against brutal weather and rough terrain in a frozen tundra. They embark on a mission to travel to the highest plateau on earth in order to lay eyes on the most elusive snow leopard in existence. They know there’s a chance they might not catch any footage of the snow leopard, but it’s worth it to them to make the attempt — even amid substantial risk. 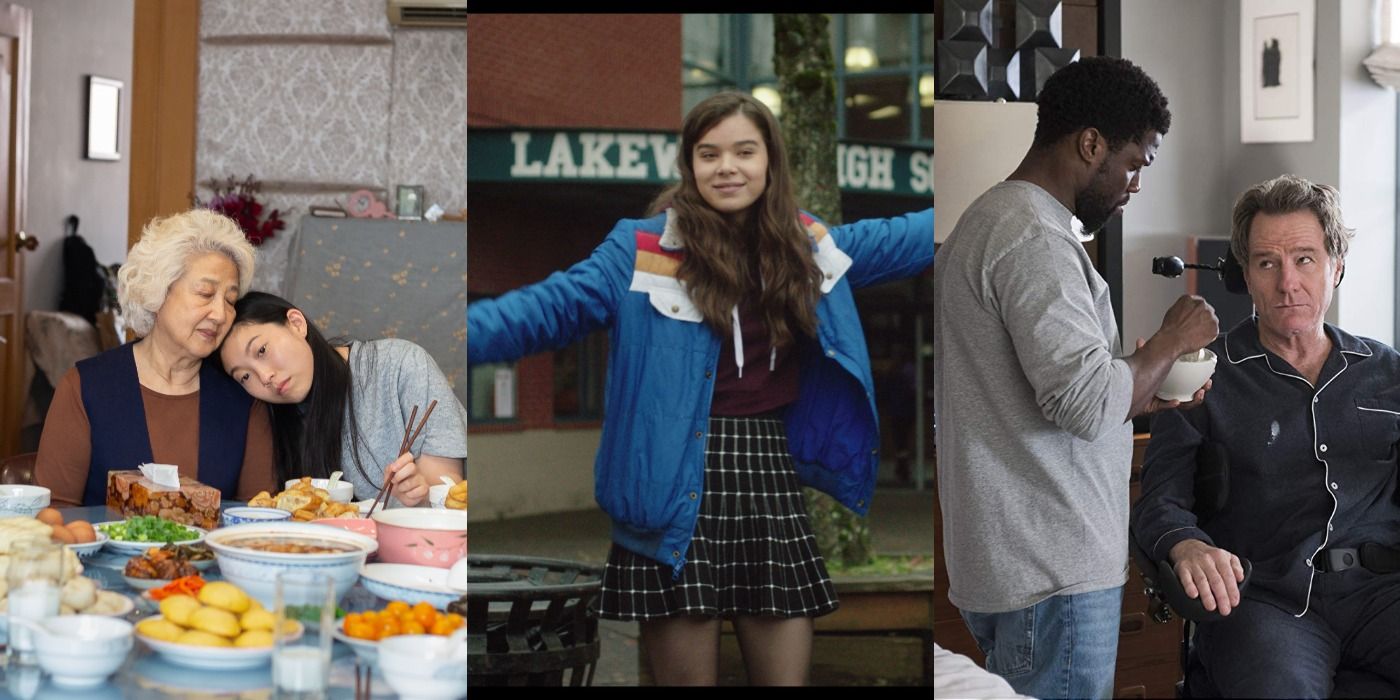