Who will make this year’s Baseball Hall of Fame class? We don’t quite know that yet (results will be announced Tuesday), but there are a number of players who we’re pretty sure won’t make it. Either they’re not getting enough support on public ballots or they’re staring at a too-significant deficit from their previous year’s vote totals, among other factors. For many of these players, that’s justified — there’s no shame in lasting long enough to make a Hall of Fame ballot — but for others, we’re not quite sure it’s fair. We asked some of our experts to make their best cases for players who really should be getting more love from the voters.

Bobby Abreu was a five-tool player in the truest sense — a patient hitter with power who acted as a perpetual stolen-base threat and could alter a game both with his arm and with his glove. But his career has also been defined by glaring slights, such as:

The final bullet represents the percentage of Baseball Writers’ Association of America ballots Abreu appeared on last year, in his second year of Hall of Fame eligibility. The year prior, he just barely reached the 5% threshold required to remain a candidate. This year, with 42.1% of ballots revealed, Abreu has pulled in only 11.5% of the vote, according to the data compiled by Ryan Thibodaux.

Abreu is admittedly not a surefire Hall of Famer. But his case is a lot closer than it appears, and he deserves far more consideration than he has been granted. From 1998 to 2004, Abreu ranked fifth in FanGraphs wins above replacement, behind only Barry Bonds, Alex Rodriguez, Scott Rolen and Andruw Jones. He played in at least 142 games in 14 straight seasons and frequently finished with at least a .300 batting average (six times), a .400 on-base percentage (eight), a .500 slugging percentage (five), 20 home runs (nine), 20 stolen bases (13), 100 RBIs (eight), 100 runs (eight), 100 walks (eight) and 3.0 FanGraphs WAR (10).

The average Baseball-Reference WAR for Hall of Fame right fielders is 71.1, and Abreu falls noticeably below that at 60.2. But that list of Hall of Fame right fielders includes Babe Ruth, Hank Aaron, Stan Musial, Mel Ott, Frank Robinson, Roberto Clemente and Al Kaline — inner-circle Hall of Famers. Abreu isn’t at that level, but that doesn’t mean he isn’t worthy of inclusion altogether. His JAWS score (Jaffe wins above replacement), famously developed by Jay Jaffe, ranks 20th at his position, sandwiched between a couple of Hall of Famers in Dave Winfield and Vladimir Guerrero.

Andruw Jones, who is trending at 50% on public ballots in his fifth year of eligibility, is the most overlooked player on a ballot full of them. There are three reasons he should be garnering more Hall of Fame buzz:

1. He just might be the greatest outfielder who ever lived.

Baseball Reference measures the number of runs better or worse than average a player was by using defensive runs saved when available and its total zone rating when not. When doing so, Jones sits atop a list of some legendary outfielders:

In all 10 seasons in which he was the Braves’ everyday center fielder (1998-07), Jones ranked in the top three among National League outfielders in putouts (and led the league six times). Over that span, Jones recorded 4,126 outfield putouts, 495 more than any player in baseball.

2. He enjoyed a brilliant peak, and it wasn’t short.

Jones played 11 full seasons for the Braves, from 1997 to 2007, and over that span, he produced 60.9 WAR. The only position players across baseball to generate more were Alex Rodriguez (85.7) and Barry Bonds (79.1), the two best players of their generation (albeit clouded by connections to performance-enhancing drugs).

Jones won a Gold Glove in 10 of those seasons (1998-07), in which he hit a total of 345 home runs. Only three players hit more homers in their Gold Glove seasons, and they are all first-ballot Hall of Famers.

3. He is as responsible for the Braves’ division dynasty as anybody.

That group is best remembered for its Big Three — Greg Maddux, Tom Glavine and John Smoltz — all of whom were inducted into the Hall of Fame on the first ballot. So was Chipper Jones. Even manager Bobby Cox and general manager John Schuerholz have been enshrined.

But amid the Braves’ record streak of 14 consecutive division titles, Jones was, by WAR, their best player in a team-high five of those seasons, even though he didn’t play a full season until 1997.

So far, eight relievers have snuck into Cooperstown, a number small enough that it remains debatable about where the line on their Hall worthiness should be drawn. Wherever that line ends up, Billy Wagner will be comfortably above it. He’s the best Hall-eligible reliever not yet enshrined in Cooperstown.

We’ve got the latest on MLB’s first lockout since 1990 — plus where things stand on the (currently frozen) free-agency front. Full coverage »

• FAQ: Everything you need to know about MLB’s lockout »

More than ever we can calculate the impact that elite relievers have on winning, and it is disproportionate to what you’d expect from aggregate raw statistics. You have to judge relievers through the prism of leverage-based statistics, and the practice of doing so is only going to become more necessary in the years to come, as increasingly those metrics determine how relievers are deployed in the first place.

Among the eight Hall relievers, five of them rate as the top five in Jaffe’s R-JAWS metric. Wagner is No. 6. He’s also sixth in both career saves (422) and win probability added among career relievers. He’s 44th all-time in win probability added among all pitchers, not just firemen. He was consistent and dominant for nearly his entire career — his 187 OPS+ ranks second among Hall-eligible relievers, behind Mariano Rivera.

Wagner appears to have gotten lost in the shuffle of a still-swollen backlog of qualified Hall candidates on the ballot. Seven years into his eligibility window, he has crept up on the 50% mark but hasn’t seen much growth in his support over past year. That needs to change and fast: Wagner has just three more years of eligibility remaining. — Bradford Doolittle

Even Andy Pettitte’s old-school stats are better than you realize. He won 256 games in the majors, more than Carl Hubbell or Bob Gibson or Whitey Ford or Pedro Martinez. OK, sure, his 3.85 ERA would be the highest of any Hall of Famer other than Jack Morris, but his adjusted ERA+ of 117, well, that’s the same as Gaylord Perry, better than Dennis Eckersley or Steve Carlton or Fergie Jenkins or Robin Roberts or Nolan Ryan. Nobody is trying to kick those guys out of the Hall of Fame. As Sam Miller pointed out in an ESPN column, it was tough being a pitcher born in the 1970s and surviving the steroid era. Only Martinez and Roy Halladay have more career WAR than Pettitte among pitchers born in that decade.

I get it: Pettitte’s peak performance doesn’t scream Cooperstown — two qualified seasons with an ERA under 3.00, four top-five Cy Young votes, only three seasons above 5.0 WAR. He was a bit of a compiler, a guy who churned out his 200 innings every season, although of course there is a lot of value in doing that. With Pettitte, however, we also need to consider the postseason. For modern players, with multiple rounds of playoffs and so many more opportunities to pitch, this can add a lot to a player’s legacy.

Pettitte has won more games than any pitcher in postseason history (19), started the most games (44) and pitched the most innings (276). He went 19-11 with a 3.81 ERA and, yes, volume is again part of the success, but he allowed two runs or fewer in 23 of those 44 starts and pitched at least six innings in 35 starts. Yankees fans happily remember his greatest moments, including 8⅓ scoreless innings in Game 5 of the 1996 World Series and two wins in the 2009 World Series. Maybe he’s a borderline candidate via his regular-season numbers, but the five World Series rings are the exclamation point to his career. –– David Schoenfield 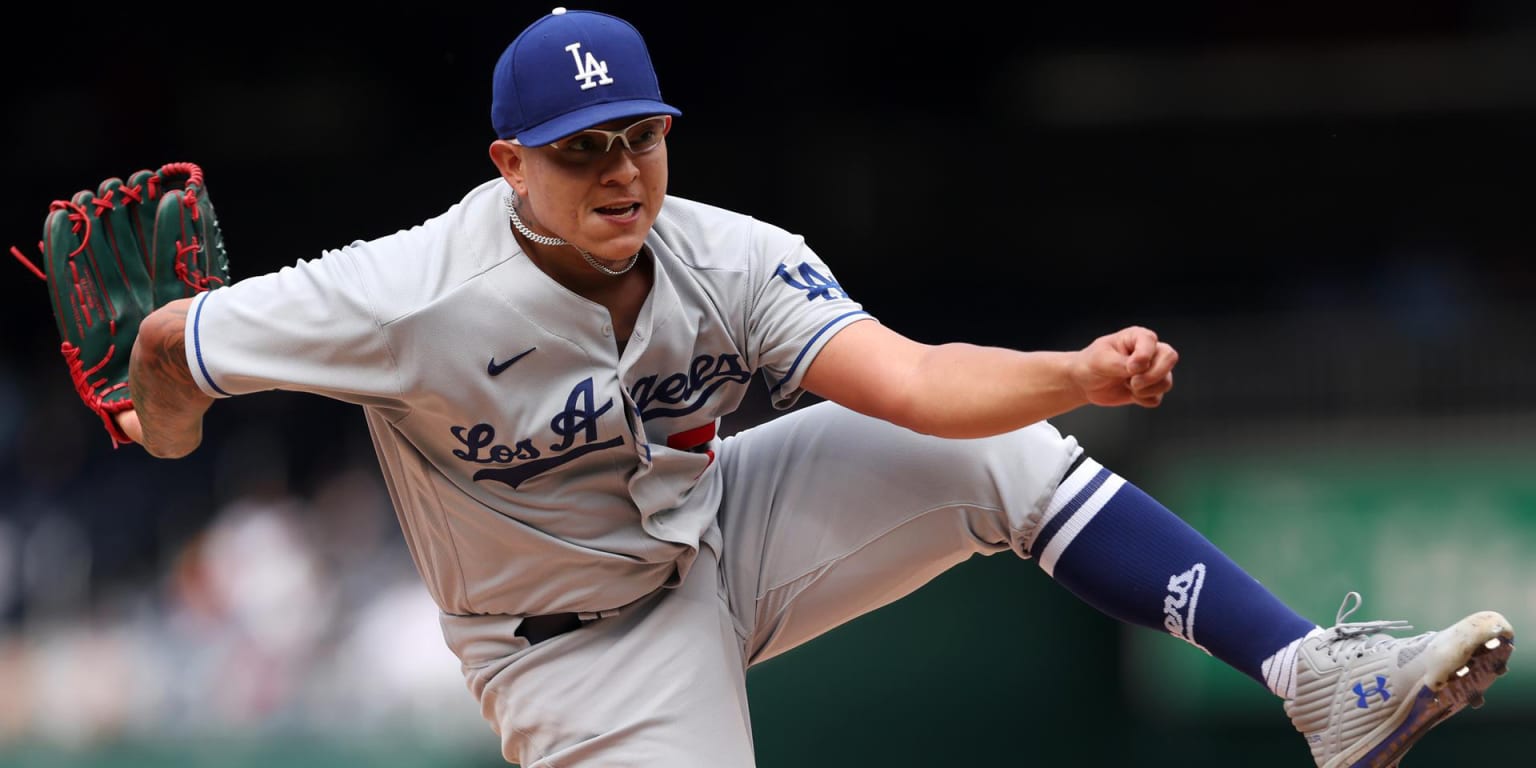 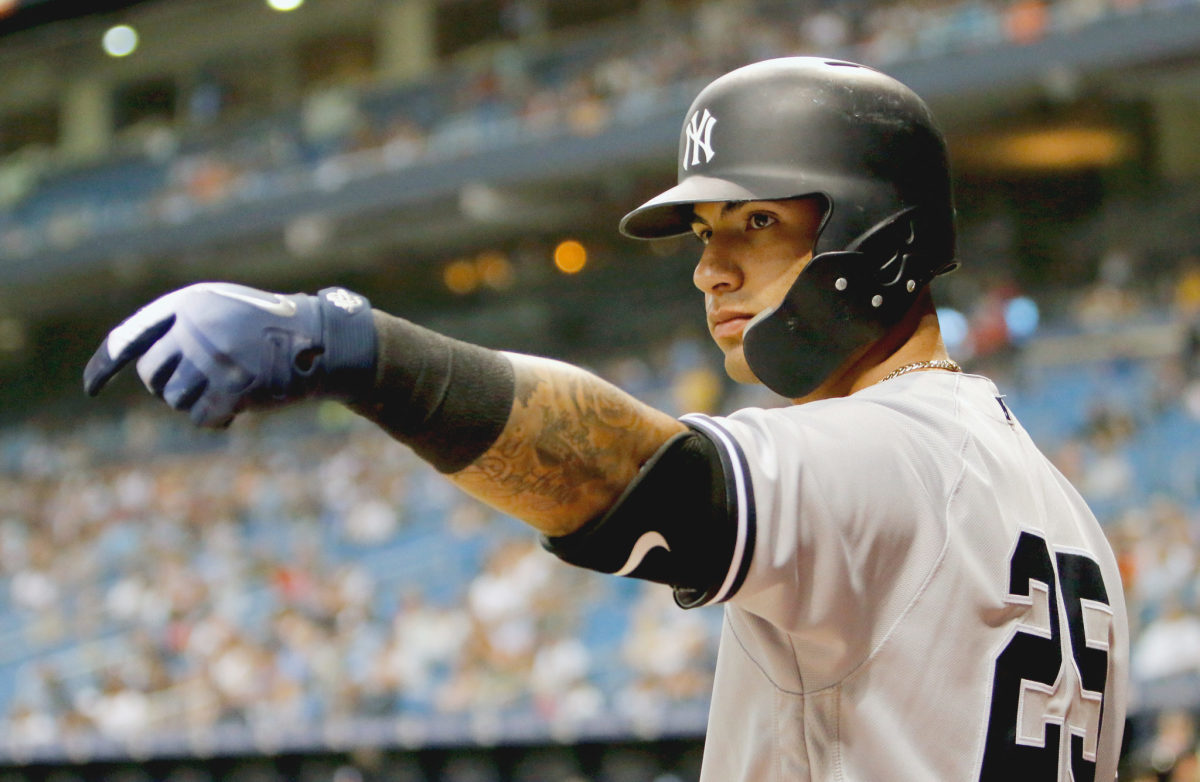 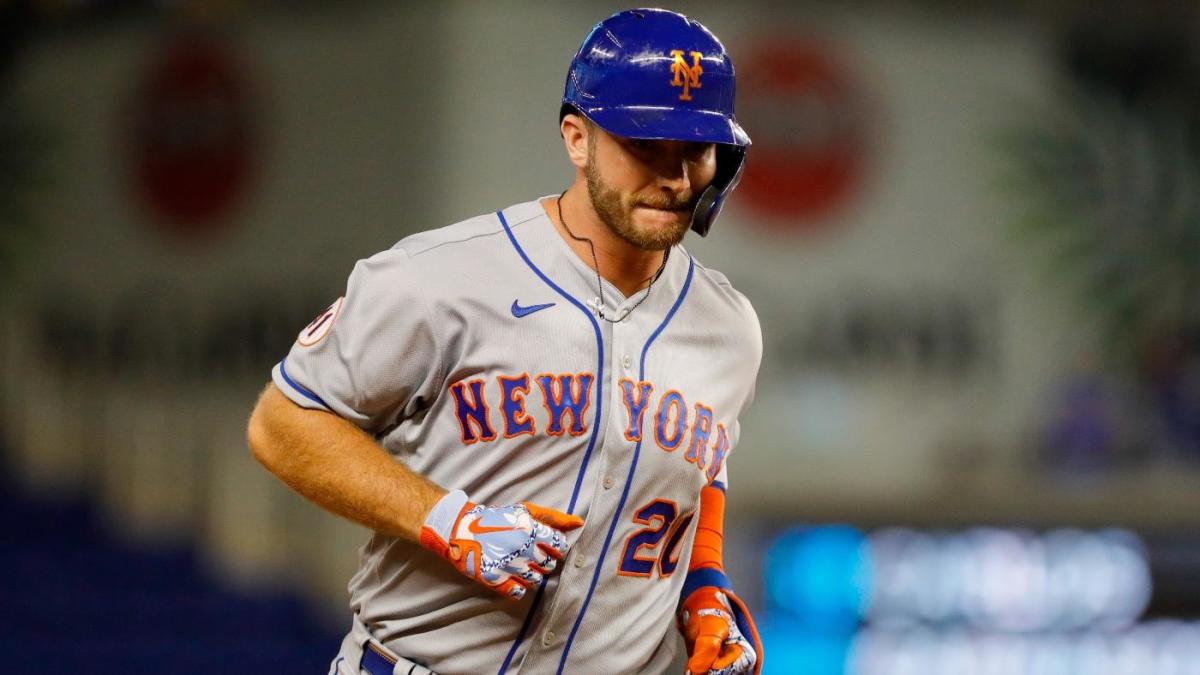 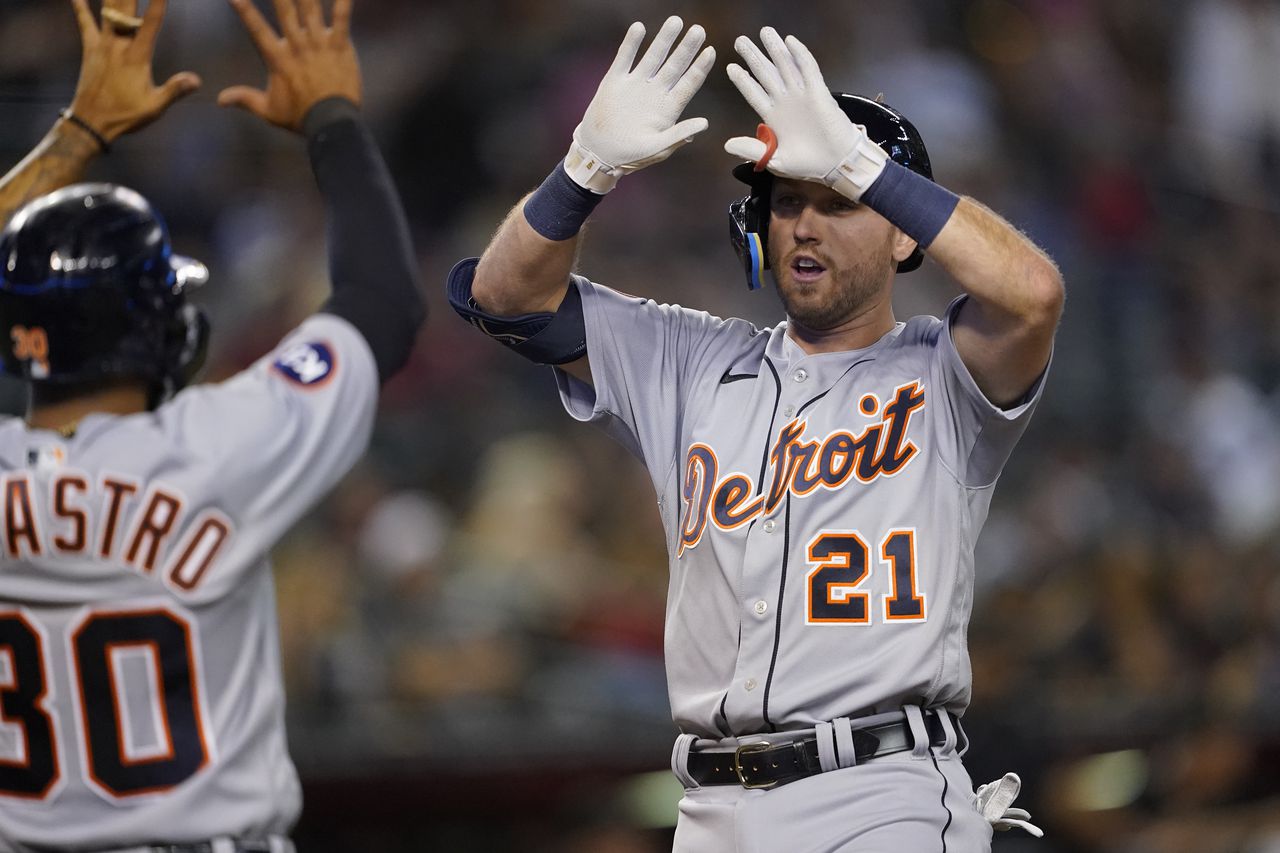 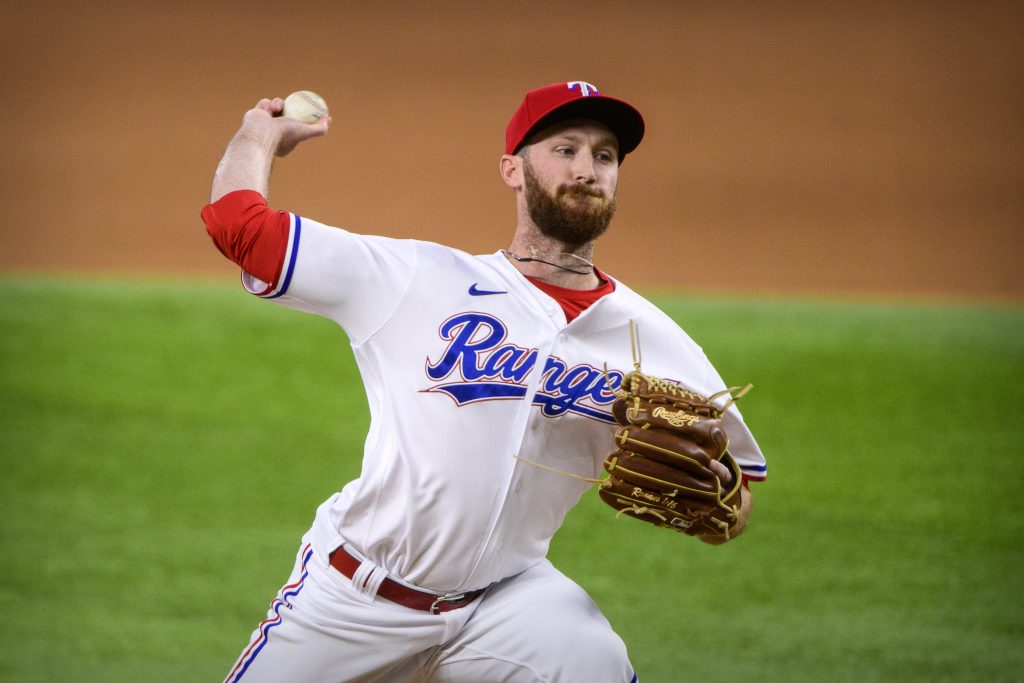 What is the 'pork pie plot' and what does it mean for Boris Johnson? 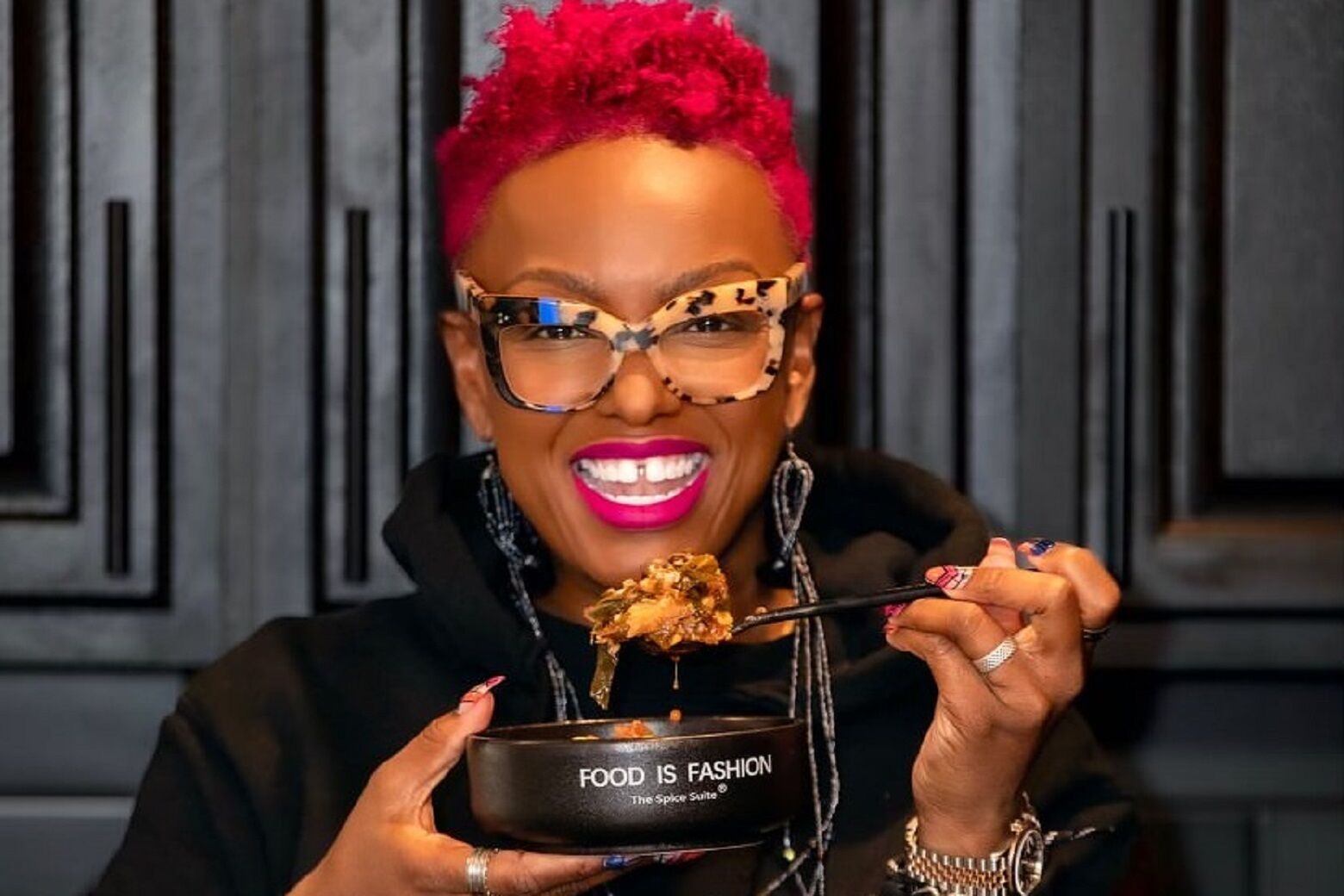 4 Things To Do When Increasing Your Online Visibility

2 dogs killed by bears in N.J. How to protect your pets and your yard.