It is a difficult task to find a more universally beloved actor then one of Bill Murray’s status. Cementing a name for himself in comedy history for his sarcastic and dry delivery, he’s been delighting viewers for decades with not only his acting ability, but his unique brand of deadpan humor. First reaching mainstream status as one of the original cast members on Saturday Night Live, Murray’s talents were quickly recognized by not only home audiences but by those in the film industry, as well. Landing his first starring role in the 1979 comedy Meatballs, the comedian/actor finally had a vehicle through which to enter the world of film. Since then, Murray has landed numerous iconic roles in many high grossing movies, and has had continued success and adoration to this day.

Taking a look back on Bill Murray’s film history would show one a collection of not only memorable and influential comedies, but an assortment of drama sprinkled in as well. Murray’s talents at being able to handle the leading role carried over from traditional comedy to other genres, demonstrating his own personal range as a performer. Being no stranger to animated projects, he has also supplied voice-over work for numerous films, several being helmed by director and long-time collaborator Wes Anderson, though Murray’s recognizably cynical edge always shines best when in front of the camera. From an incredible career, these are Bill Murray’s best films.

Released in 1981 as one of Murray’s earliest works, Stripes tells the story of a man named John Winger, who, after a string of bad luck and dead-end jobs, decides on a whim to join the Army with his close friend Russell Ziskey (played by long-time co-star and director Harold Ramis). Throughout the film, Winger establishes himself as the voice for a small group of outcasts within the troop. The gang engage in antics, getting themselves into trouble but enjoying the fun along the way. That is, until Winger unintentionally crosses into enemy territory in a military assault vehicle and finds himself having to defuse what could become an international conflict. This role cemented Murray into a character archetype that he would carry over into many films to come, portraying not only his trademark dry wit, but a genuine and good-natured heart as well.

The 1991 dark comedy What About Bob? sees Murray as the neurotic and needy patient of one Dr. Leo Marvin, played by Richard Dreyfuss. Bob Wiley finds himself completely dependent on the aid of his psychotherapist, the egotistical Dr. Marvin, and follow him on his family vacation. Bob makes himself at home, being invited to stay by the Marvin family, who are charmed by his bizarre yet well-meaning nature. This is met by the chagrin of Dr. Marvin, whose agitation at not having his ideal family vacation steadily grows. As Bob acquaints himself within the family more and more, the doctor’s attempts to get rid of him become frantic, and gradually maniacal. The movie was a large box-office success, with audiences particularly enjoying Bill Murray’s performance as a cripplingly anxious and obsessive-compulsive loner, though it was his ability to capture the innocent nature of the character that helped it go on to become on of his most iconic roles, and a must-see for comedy fans.

Making the leap from traditional comedy into the world of romantic drama, Lost in Translation stars Bill Murray as the washed-up movie star Bob Harris, on a trip to Tokyo to promote a brand of whiskey. Bob is experiencing a midlife crisis and is in the midst of reconsidering his life choices, one being his marriage. Events unfold as Harris encounters a young college graduate named Charlotte, played by Scarlett Johansson, staying at the same hotel and accompanying her photographer husband. Charlotte is experiencing the same feelings of uncertainty, as well as culture shock, and the two end up bonding after introducing themselves at the hotel bar. A genuine friendship forms, as they both find an escape in one another through their mutual understanding and lack of satisfaction with their lives. The 2003 film was heavily praised for its non-traditional approach to romance and friendship, and its aesthetically gorgeous portrayal of a chance encounter between two strangers in a foreign land.

Undoubtedly the most iconic of all Bill Murray’s film roles, the monster hit Ghostbusters was a powerhouse upon release, spawning sequels, countless merchandise, several cartoon spin-offs, and even a hit single. The summer blockbuster of 1984 depicts Murray as Dr. Peter Venkman as he’s just being let go from his Columbia University job as a parapsychologist, along with his cohorts Dr. Ray Stantz, (Dan Akyroyd), and Dr. Egon Spengler, (Harold Ramis). The trio, who were dismissed after their first official run-in with a ghost, decides on the heels of that experience to get into business for themselves as the paranormal investigators/exterminators ‘The Ghostbusters.’ Murray’s Peter Venkman faces all opposition with a sarcastic smile and a quick one-liner, being the comedic highlight of the film for generations of viewers to enjoy. He even reprised his role in the well-received recent reboot.

Disgruntled weatherman Phil Connors finds himself in Punxsutawney, Pennsylvania, assigned to cover the year’s annual Groundhog Day festivities. Connors carries with him an absolute hatred for the assignment, as well as for the people of the small town, who are ecstatic for the day’s arrival. After giving an unenthusiastic news report on the event, and incorrectly predicting a snowstorm’s arrival, Phil is trapped in the small town alongside his producer Rita Hanson, played by Andie Macdowell. Phil awakens the next day to realize that he is once again experiencing the events of February 2nd, and everything is occurring as it did the day before. A torturous time loop begins as Connors is forced to relive the same day, over and over again in this 1993 fantasy comedy. Bill Murray gets an opportunity to display his full range as an actor with the role, not only demonstrating his sharp comedic edge, but his genuine nature as a dramatic lead. The journey he takes audiences on with his character feels entirely organic, and to this day is cited as one of the best performances by the legendary actor. Murray carries the entire picture through its spiritual, philosophical, and psychological development and, like his character, became a better person because of it (or at least just a better actor). A possible and long-awaited TV show is in the works.

The 1990’s were a time of weird fashion trends and gadget fads, but some of the decade’s films are timeless. 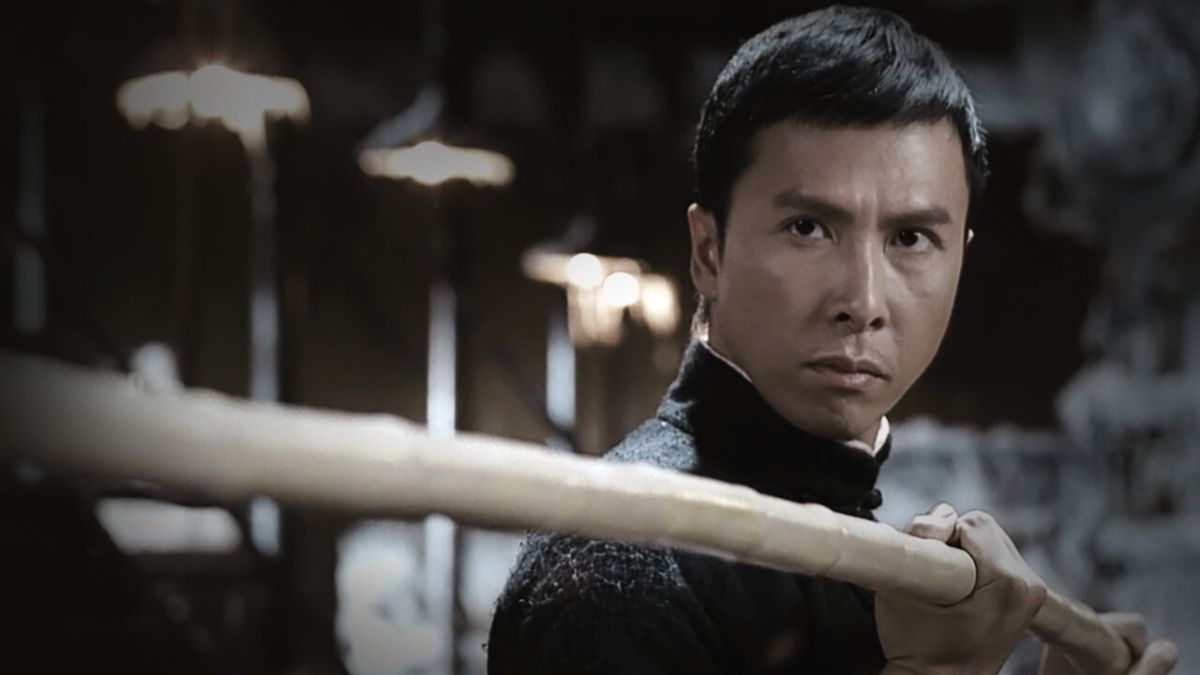 When Is The Jordan Point Lane Fireberry Release Date? Here’s Everything We Know