The Wu-Tang ‘Fortnite’ film is light on everything but narration

Fortnite has attempted to elevate itself beyond just a cartoonish, battle royale game by incorporating elements of pop culture into its universe ever since the game took off in 2018. First there was Thanos, then a Marshmello concert was held in Pleasant Park (followed by more immersive shows with Travis Scott and Ariana Grande), and, as of this past weekend, a variety of Wu-Tang Clan cosmetic items were introduced to Fortnite’s digital shop.

This collaboration feels a little different than previous ones for two reasons. A range of physical merchandise that mirrors the outfits users can purchase for their avatars was made available through Wu-Tang Clan’s official website, for one thing. Secondly, a short film was created within Fortnite’s game engine, in conjunction with Epic Games, Wu-Tang, and Springhill Company (an entertainment brand from LeBron James and his longtime business partner, Mav Carter) to commemorate the occasion.

The verdict — Journey to the 37th Chamber works along familiar kung fu movie tropes in that a young warrior must overcome mental and physical challenges to achieve self-actualization. The title of the film also pays homage to the titular debut album from the Wu, Enter the Wu-Tang (36 Chambers), although the actual content of the Fortnite equivalent is predictably less gritty and haunting.

While watching, I expected to be bored or at least annoyed, but the voiceover work (provided by the RZA and Young Dirty Bastard themselves) was good enough to keep me from closing the window. RZA is able to narrate with a sense of pace that is at once calming and carries a degree of authority — as if this YouTube video is actually an entry in John Woo’s catalog.

The story itself is fairly trite: A disgraced warrior must train with a variety of expert-level fighters to take on a final boss character in the Shaolin Master. This victory grants our protagonist the ability to return to his hometown and finally gain access to the 37th chamber of Shaolin, a hallowed temple where only the most versatile combatants can enter.

The in-game animations are impressive and offered a wide variety of landscapes and environments in which the characters could run from dinosaurs, spar in the forest, and ultimately battle in an arena that is reminiscent of Cell’s tournament from Dragon Ball Z. There are plenty of goofy kung-fu sound effects, like limbs connecting with body parts during fight scenes, that add levity to the whole affair.

Overall, as far as brand activations go, the short film is a solid accompanying piece of content — and, if for nothing else, you should tune in to hear RZA talk his shit over a collection of Fortnite imagery. 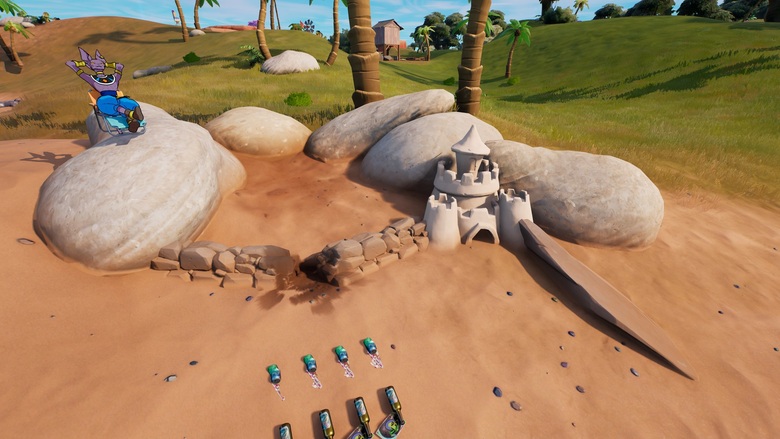 Shouldering a paved road - what is that?

6 Ways To Increase Visibility For Local Businesses From Actu…

Who is running in the Ankeny City Council special election? When is the election?