You might be surprised to know that the Supreme Court of India disagrees. It declared rummy a game of skill—be it offline or online rummy games that involve cash. The Supreme Court in Andhra Pradesh v. K. Satyanarayana case (1967) held that the game of rummy is not entirely of chance. It requires a “preponderant amount of skill” in memorizing the fall of cards, and in holding and discarding the cards. In another case–Dr KR Lakshmanan vs Tamil Nadu (1996)—the court said that horse racing was a game of skill since it involves factors such as fitness and skill of the horse and jockey.

What then would you make of Vedant Ahir, the 32-year-old founder of a digital marketing firm from Delhi who has been playing fantasy cricket for money for two years now? Before an Indian Premier League (IPL) match, for instance, Ahir makes two virtual teams–“a risky XI” and a “safe XI”–who square off against other virtual teams on the gaming platform. If his team wins, he makes money. Ahir is one of the crores of Indian fantasy sports users. Is he playing a game of skill or chance?

The debate is an old one. The advent of online fantasy sports and their phenomenal growth has only made it more contentious. Several states continue to be suspicious of the addictiveness of online gaming for money, and fearful of its consequences on vulnerable sections. The courts have consistently taken a less paternalistic view. Most recently, the Karnataka government’s attempt to ban online gaming was struck down by the Karnataka High Court.

For the online gaming industry, that debate also casts a shadow on a crucial aspect: taxation.

“The industry is apprehensive that online fantasy sports could be taxed at 28%—on a par with lottery, betting or gambling—due to moral, social and cultural attitudes as well as other fiscal considerations,” says Hardik Gandhi, partner at Deloitte Haskins & Sells, LLP.

A group of ministers led by Meghalaya chief minister Conrad Sangma is advising the GST Council on the taxation of casinos, race courses and online gaming. The group met in New Delhi on 2 May. Sangma told Mint that the ministerial group is examining what the tax rate should be. However, news agency PTI reported that the panel of state finance ministers is unanimously on hiking the GST rate on gaming to 28%.

Higher taxation could cripple the industry and put at risk hundreds of millions in venture money that many fantasy gaming startups mopped up. We will come to the taxation quagmire in a bit. But first, let’s look at the sector’s super-charged growth.

Online fantasy sports give users a chance to create their own virtual team based on the proxies of real players participating in an upcoming match–of cricket or football or kabaddi or basketball. Essentially, the user becomes a coach or a manager who can pick, drop or trade players of his choice. Gaming platforms such as Games24x7 and Dream 11 provide a platform to play online fantasy sports.

The fantasy sports industry has seen a tremendous growth in India over the last couple of years, hitting a market size of over 34,000 crore. A report by Federation of Indian Fantasy Sports (FIFS) and Deloitte expects it to grow to 1.65 trillion by 2024-25. There are over 13 crore fantasy sports users across India. The user base has grown at a compound annual growth rate of 130% between 2016 and 2021. Then there are e-sports, online competitive video-games which are streamed live on different platforms such as Twitch (Amazon’s live video platform), YouTube Gaming and Facebook Gaming.

A study by MIT (Massachusetts Institute of Technology) and Columbia University notes that the team selection on online fantasy sports demonstrates a higher degree of skill than in managing a mutual fund portfolio. Siddharth Patel, content creator and aspiring fantasy gamer, would agree. He draws a parallel with investing in Smallcase, an investing platform. “You choose your best picks of players and stocks based on past performance, fundamentals of pitches and market themes. Then you sit back and watch them play the game. I started recently with fantasy gaming but since I’m familiar with Smallcase, the learning curve was not at all steep. Every game is a new rush but you have to be fully aware of your appetite for risk,” he says.

Online games are banned in Assam, Andhra Pradesh, Nagaland, Sikkim and Telangana. But many states want to regulate the sector rather than ban it outright. The Gujarat government, earlier in March, introduced a Gujarat Sports Policy and the chief minister of Rajasthan, Ashok Gehlot, announced that he is looking to regulate the sector.

In the 2022-23 budget, finance minister Nirmala Sitharaman announced an animation, visual effects, gaming and comics (AVGC) task force, which is expected to take into account the regulations needed for the gaming industry. Speaking at a post-budget seminar in March, Prime Minister Narendra Modi also spoke of the potential of the online gaming industry and the AVGC task force.

The GST Council is responsible for levying a rate on online or offline gaming. It constituted a group of ministers on 24 May 2021 to examine the issue of valuation of services provided by casinos, racecourses and online gaming portals. Meanwhile, a 2020 consultation paper on the fantasy sports sector by the frontier technology vertical at NITI Aayog makes a case for a self-regulatory model of governance, rather than a top-down regulatory control.

The valuation part is trickier. If a platform provides a real money game such as fantasy sports, it pools in entry fees from all players. This money is kept in a pool account after deducting the platform fee. The platform fee is what operators charge for the service they provide–the tech platform where people can come and play games. Once the game is over, the pooled-in money goes to all winners. If the winning for any player is more than 10,000, TDS is deducted at 30% and the remaining amount gets transferred to the players. Currently, gaming platforms pay GST on the platform fees collected.

Let’s say, there are four players paying 100 as contest entry fee each to participate in a skill-based online game. The total contest entry fee would amount to 400. Assume the platform fee is 20%. Now the gaming operator will deduct 20% of 400 ( 80) and will put 320 in a pool account. This amount will go to the winner. Currently, gaming operators pay tax at 18% on the platform fee collected, which is 80 in this example.

If a platform offers a game of chance, it will have to pay 28% GST on the total contest entry fee. In the above example, had it been a game of chance, the gaming operator would have shelled out 28% of 400 towards GST.

This is the reason why the classification of games is key.

“Introducing a uniform single rate structure may perhaps put an end to any confusion around the classification of the games as either game of skill or chance and settle the issue of valuation,” says the Deloitte expert. If that happens, in all likelihood, the GST rate could be more than 18%. So, the online gaming operators will have no option but to hike the entry fee because the existing charges are inclusive of 18% GST for most platforms.

Another tricky question remains. The prize pool (contest entry fee) that gaming operators collect from the players eventually goes to the winners. Should this collection fall under the ambit of “supply” under GST or not? One needs to understand the concept of actionable claim in this regard. which is not in the possession of the claimant.

Various courts have held that the amount pooled in by the players qualifies as an actionable claim. This is because that amount is to be distributed among the winning participating members as per the outcome of a game.

The judgment of the Supreme Court in Sunrise Associates vs. Govt. of NCT of Delhi (2006) concluded that the amount paid by the participant for participation in a draw of lottery would be treated as an “actionable claim” and not a sale of goods under the Sales Tax Act of various states. Item 6 in Schedule III of the CGST Act says that for the purpose of GST, actionable claims, other than lottery, betting and gambling, are neither goods nor services.

Therefore, online gaming platforms reckon that an “actionable claim” relating to a “game of skill” is neither goods nor services under the GST law. They argue that they should continue paying GST on the platform fee collected. In states where games of chance are permitted, the gaming platforms pay GST on the pooled-in money (contest entry fee). “If the actionable claim relates to a game of skill, then you cannot charge GST on the full value of actionable claim because it is neither goods nor services under the GST Act. If the government nevertheless goes ahead with charging GST on the full value of the bet, the platform providers will start making a loss. They may then have to pass on the GST to players. If winnings get squeezed, players will get impacted. The whole economics, thus, will get hit,” says Malay Kumar Shukla, chief legal and compliance officer, Games24x7.

The Internet and Mobile Association of India in a report asserts that taxing the entire amount is unwarranted, unjust and beyond the provisions of Rule 31A (3) of the CGST Rules 2017. “The taxation of gross gaming revenue should be in line with the interests of the government as well as the online fantasy sport operating platforms. This would put India at par with prevalent practices in countries like the United Kingdom, USA, Sweden, Spain, etc,” says the report.

A Copenhagen Economics analysis report warns that a tax rate higher than 20% might simply push operators and consumers underground. “Gaming is a legitimate form of entertainment as has been established by seven decades of jurisprudence. If you become unrealistic in taxation, you will only be encouraging illegitimate players to operate in the black market. The government will lose revenue as well,” says Barde of E-Gaming Federation.

The industry awaits regulations and a licensing regime. It sees a model in the Advertising Standards Council of India (ASCI), which is a non-government self-regulatory organization of the advertising industry. Another option could be a combination of government supervision along with self-regulation as we have for over-the-top (OTT) platforms. “We recommend the government set up a joint committee with all stakeholders to look at various options,” says Barde.

A prompt action on reasonable taxation and well-laid out regulations will not only help gamers and gaming providers, but also the government. A lot is left to play for. The ball is in the government’s court. Stocks vs Options: What’s The Difference? Here's everything still to come from Apple in 2022 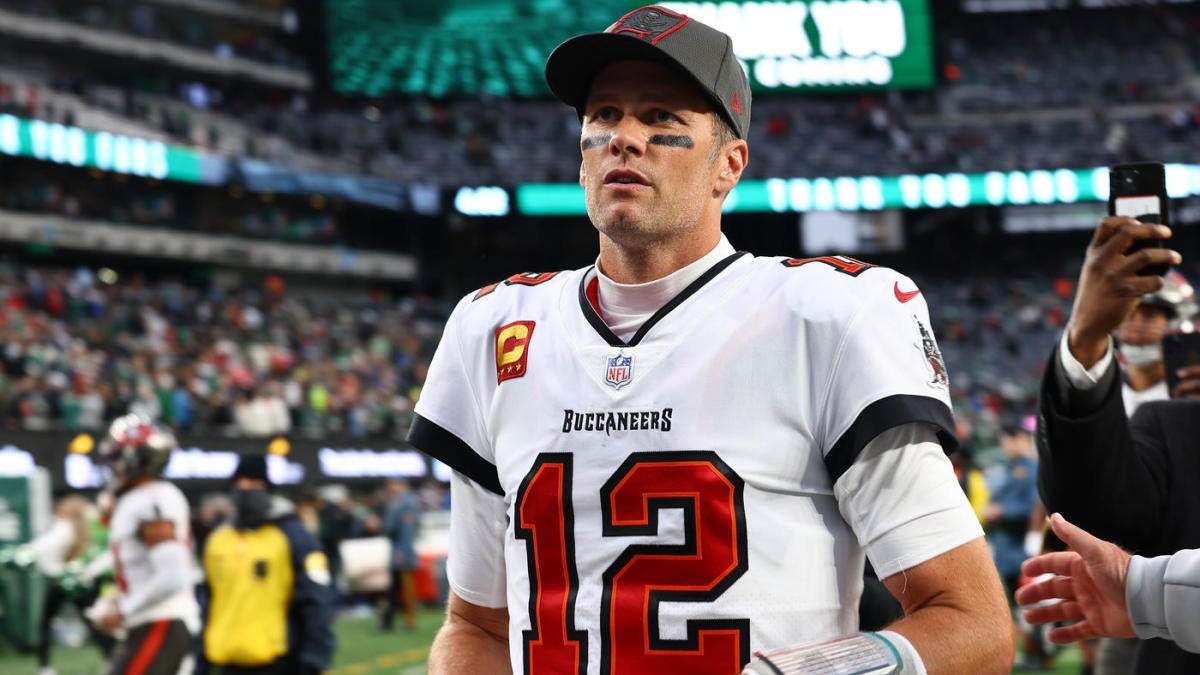