It will still be a few months (or more than a few months) before we get to see the first trailer for “Fast X,” but it’s hard to imagine a better (or at least more indicative) preview of next summer’s most NOS- brained soap opera than Netflix’s “The Takedown,” a high-octane new action film by the French director who Universal picked to replace Justin Lin behind the steering wheel of the mega-franchise.

Of course, Louis Leterrier isn’t exactly an unknown quantity; between the likes of “The Transporter,” “Clash of the Titans,” and “Now You See Me,” the Luc Besson protégé has built a singular résumé of flashy, semi-functional, thoroughly mediocre studio movies that could’ve been made by anyone else. In that sense, his latest opus is vintage Leterrier, if also better-paced and more charismatic than any of his previous features have been (his recent experience directing episodes of “Lupin” appears to have boosted his confidence, though mega-star Omar Sy is such a beam of light that he could probably make Mark Duplass feel like Michael Bay).

Frothier than the average Netflix programmer but no less forgettable, “The Takedown” epitomizes why Leterrier might be able to stop “Fast X” from speeding off a cliff while also illustrating why fans of the franchise shouldn’t hold their breath for it to swerve back towards the meat-headed nirvana of “Fast Five” and “Tokyo Drift.”

Despite reuniting the two main characters from 2012’s “On the Other Side of the Tracks,” “The Takedown” requires absolutely zero awareness of the previous film (I can personally attest to the fact that it’s possible to watch and enjoy this thing without even knowing that it’s a sequel). To that end, it helps that Stéphane Kazandijan’s script is a topical but straightforward “Lethal Weapon” rip-off that reskins Riggs and Murtaugh as a mismatched pair of Paris cops, sends them off to solve a murder in an extra-racist pocket of Marine Le Pen’s France, and then makes virtually zero additional changes to the classic Shane Black formula. I’ve seen Geico commercials with more complicated plots.

A massively popular French-Senegalese actor who even the most Francophobic viewers might recognize from the “Jurassic World” films, the ever-watchable Sy reprises his role as bad boy policeman Ousmane Diakhité, though the character’s energy in the opening scene — in which he busts up an underground fight club and makes everyone in attendance chant “the police!” as if they were rooting on their favorite sports team — is somewhat at odds with the shy and reserved single father he seems to be throughout the majority of the film. More consistent is Ousmane’s symbolic value to the French police at a time when they’re struggling to win the hearts and minds of the non-white and immigrant populations they regularly terrorize.

Expecting “The Takedown” to offer a pointed exposé on les flic in the france would be just as silly as expecting “Ambulance” to provide an incisive condemnation of the American healthcare system, but the movie’s cartoonishly heroic portrayal of individual cops doesn’t stop it from casting a stray glance at the deeper rot they represent. When Ousmane’s commanding officer picks the self-described “likable Black guy” to be the “successfully assimilated minority” star of a new PR campaign, the inferences aren’t subtle. While the film is much less interested in skewering France’s racist police force than it is in shading the white nationalism they’ve helped to flourish in plain sight, Ousmane and his Will Ferrell-ish white partner only manage to uncover a xenophobic terrorist plot because they go rogue.

Played by “Elle” actor Laurent Lafitte, the arrogant François Monge is naturally Ousmane’s perfect foil. White, educated, and well-connected to the kind of network that people like him tend to inherit from their bourgeois parents (“It’s not easy when you’re white, educated, and know people in high places,” François whines with a straight face), Ousmane’s partner is a middle-aged lothario who’s just suave enough to seduce the same women who roll their eyes at him, and just delusional enough to convince himself that his career isn’t on the rocks.

François is such a lousy investigator he can’t even see that all of his colleagues are sick of his desperate vanity, even after one of them cracks that he “smells like an Uber car” (one of several decent zings in a movie that also settles for some hoary old clunkers, like when the well-intentioned yet buffoonish François asks Ousmane how to say something “in African”). When he and Ousmane reunite for a passive-aggressive trip to the provinces — the men determined to follow the clues left behind by a severed body found in a high-speed train — François is less interested in solving the case than he is in sleeping with their perky young liaison, Alice (Izïa Higelin).

And since this is a French movie peppered with all sorts of things that America’s puritanical mainstream cinema has forgotten about, there is an actual sex scene or two in this movie. There’s also a scene where François plays with a cadaver’s flaccid penis, but beggers can’t be choosers.

If you’ve ever seen a movie before — literally any movie, even if it was, say, “Celine and Julie Go Boating” — you’ll be able to predict how things unfold from there. The dead body leads to a meth lab, the meth lab leads to another thing, yadda yadda yadda it all leads to the fascistic businessman who bought up the anxious town in order to build support for his political ambitions. The old rivalry between Ousmane and François breeds plenty of semi-amusing mishegoss (one bit sees them fending off a rooster as they competitively console a victim’s mother), and the action setpieces that string the yucks together balance comedy and chaos in a way that the “fun” in “generally functional.”

Stir in a go-kart chase, add a mild seasoning of gay panic, and garnish the whole thing with a decapitation for the ages and you have a fast-paced film that’s just self-possessed enough to make you forget that you’d rather be watching “Hot Fuzz.” Compared to the likes of “Red Notice,” “The Takedown” might as well be “Celine and Julie Go Boating.”

And yet, while the preponderance of banter-driven car chases almost makes Leterrier’s latest feel like it was conceived as an audition reel for “Fast X,” even the film’s most enjoyable stretches feel like unfortunate reminders of what Vin Diesel has just forfeited. Whereas Justin Lin directs with a grounded sense of grandeur that often allowed his setpieces to strike a careful balance between “Bullitt” and “Looney Tunes” (especially before the franchise slipped away from him in “Furious 6”), Leterrier’s films — either as hyper-saturated as this one or as muddy as “The Incredible Hulk” — have always opted for a more herky-jerky approach.

If Lin aspires to the symphonic, Leterrier is happy to settle for second-tier Europop. His restless camera moves so much that it often seems determined to show as little as possible, as though trying to manufacture a degree of kinetic energy that his blocking and shot selection can’t inspire on their own. It’s the Cinema du Look with nothing to see. In “The Takedown,” Sy and Lafitte are able to muster a palpable sense of fun on the strength of their screen presences alone, but it’s hard to imagine that Tyrese Gibson and Charlize Theron — the latter stuck playing one of the single least interesting villains in the history of recorded fiction — will be able to do the same.

In a Netflix movie that’s so breezy and enjoyable because of its complete lack of stakes, Leterrier’s approach gets the job done. In the penultimate installment of a gazillion-dollar franchise whose fans have come to expect vehicular mayhem on an interstellar scale, it probably won’t be enough to avert a slow-motion car crash.

“The Takedown” is now streaming on Netflix.

Her Job Is a Walk in the Park 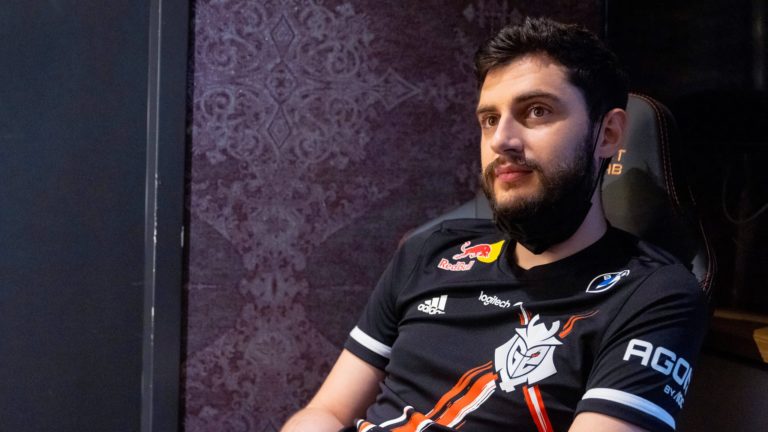