It’s easy enough to account for the endless expansion of the Marvel Cinematic Universe and the commercial dominance of capeshit in general. The mainline movies tend to be fine, the television spinoffs aren’t bad, and Disney’s relentless serialization campaign strings the audience along from one post-credits sequence to the next. It is what it is.

But how do you explain the continued proliferation of Star Wars, The original trilogy built its earliest fan base in the 1970s and ’80s. But then in the ’90s, director George Lucas retconned the movies into oblivion with his rereleases (“Special Editions”). And then, worse yet, Lucas directed the prequel trilogy. These movies include the worst blockbuster I’ve ever seen, Attack of the Clones, The prequels turned Star Wars‘ fan base against Lucas, who then sold his production company, Lucasfilm, to Disney for $4 billion in October 2012. The new Lucasfilm, led by Kathleen Kennedy, churned out a new trilogy of sequels directed by JJ Abrams (The Force Awakens, The Rise of Skywalker) and Rian Johnson (The Last Jedi, These sequels proved even more divisive in the fandom than the prequels. There are the odd successes on the outskirts of the franchise: The Clone Wars, Rogue One, The Mandalorian, But in the primary series, Star Wars peaked with a movie released more than 40 years ago and has since alienated its own fan base, time and time again.

For now, the sequels remain a dark volume in the history of Star Wars, But a funny thing happened to the prequels after they managed to ruin your childhood. Their faults became quirks. The frames became memes. The scripts became scripture. Now this is podracing! I don’t like sand. No, it’s because I’m so in love with you. Hello there. It’s treason, then. The cringe ripened into an acquired taste. Dare I say: We miss George Lucas. We’ve come to prefer his singular, misguided, unregulated whimsy to Kathleen Kennedy governing the sprawling space-adventure series by com-mit-tee. The nostalgia for the prequels can’t redeem those movies in full; not even the most loyal fan nor the most contrarian critic seems prepared to argue that the prequels are in fact good. But they’re quotable, they’re memeable, and they’re fun to rant against and argue about and rally around. The prequels were bad but the sequels were toxic; at least the prequels engender some sense of camaraderie in the generation once subjected, as children, to Jar Jar Binks.

So now there’s a streaming TV show about Obi-Wan Kenobi, starring Ewan McGregor. Of course. This week, Lucasfilm will launch the namesake miniseries on Disney+. The six episodes star McGregor and Hayden Christensen, reprising their roles as Obi-Wan and Anakin Skywalker, respectively, in the prequels. The series chronicles the early stages of Obi-Wan’s exile to Tatooine once Anakin, now Darth Vader, betrayed the Jedi to serve Emperor Palpatine and the Sith. This is a curious turn for Disney’s Lucasfilm given the dismal reputation of the prequels and the common distaste for Christensen’s moody take on Anakin. Both Christensen and his younger predecessor in the role, Jake Lloyd, struggled in Hollywood after the prequels; Lloyd quit acting altogether. The ill will once surrounding the prequels was powerful stuff. The only substance more powerful? Nostalgia—yes, even nostalgia for a series as persistently mismanaged as Star Wars,

Granted, who hasn’t “ruined” Star Warsand has been ruined by Star Wars, at this point? This series, more than any other franchise in popular entertainment, seems to thrive on ill will. The rereleases “ruined” Han Solo and Boba Fett with misguided edits. The prequels “ruined” Obi-Wan Kenobi and Darth Vader with awkward dialogue. The sequels “ruined” Luke Skywalker and Emperor Palpatine with extreme mischaracterizations. And yet here we are, intrigued to see McGregor and Christensen reunited in top billing. The perpetuation of Star Wars into yet another decade, in some form or another, was inevitable. But 10 years ago a show about Obi-Wan Kenobi, in this form, with these actors, would’ve been inconceivable. The embarrassment of the prequels was too fresh. The ridicule was too stunning. The apologists were still too young and outnumbered. Lucas, Christensen, and McGregor still represented everything wrong with millennial Star Wars, The ill will had yet to transform, as only the Force can transform it, into goodwill.

four years ago, Solo: A Star Wars Story bombed harder than any other project in the franchise since the Star Wars Holiday Special, solo was primarily an origin story for Han Solo, Chewbacca, and Lando Calrissian; but then also, in a late plot twist, the movie reintroduced the prequel villain, Darth Maul. Disney premiered solo in between the releases of The Last Jedi and Rise of the Skywalkerand so this was a strange time to remind the audience of Maul, a villain created for the prequels and seemingly killed in The Phantom Menace but then resurrected by good ol’ fashioned science-fantasy logic in the cartoon series The Clone Warsand killed once again by Obi-Wan in Star Wars Rebels, Maul, like everything else about the prequels, like so much else about Star Wars, was a ridiculous concept that somehow survived scrutiny to become a beloved character. Before the sequels had even fully fallen apart, Disney hastened to at last capitalize on so much nostalgia about the prequels. This nostalgia may well be misguided—but then so is everything else about the past several decades of Star Wars, This is where the fun begins. 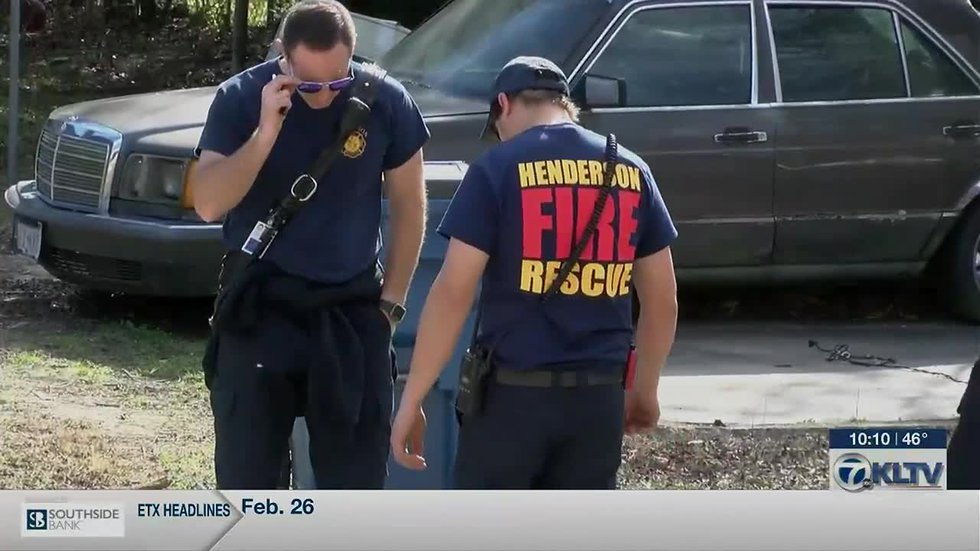 Rusk County deputy explains why fires have increased, how to stop spread

Fortnite is Bringing Back the MK-Seven AR