The Murena One is Pure Android, not Pure Google The developers behind the /e/OS operating system have been around for a while. For the past five years, you’ve been able to use the software on a handful of commercially available Android phones like the Galaxy and even buy them with the software already installed if you weren’t up to doing it yourself.

But now the e Foundation has a phone of its own, the Murena One. I’ve been using it for a few weeks and I have to say this is everything I love about Android in one package.

It’s probably not the phone for everyone or even most people. But it is a showcase of why open-source software (like a lot of Android) is cool and how you can have a smartphone that respects your privacy.

This isn’t a regular review because this isn’t just a regular Android phone. This is something different for a phone that’s different.

Murena One: The phone hardware

This isn’t a phone for spec junkies. It isn’t even pretending to be that phone. It’s a phone with modest hardware and an equally modest price of $379.

It’s small for an Android phone coming in at 6 inches tall by 3 inches wide and has a 6.53-inch LCD around the front. Here are the full specs.

The phone is carrier unlocked and has dual-SIM support (or an SD card slot, pick one), but it offers no 5G connectivity. I’ve used it on T-Mobile here in the US and it connects like any other LTE phone I’ve used.

You’ll find a fingerprint reader along the side like we’ve seen on other phones and it works well. It’s a capacitive sensor so it’s not subject to the issues an in-screen reader has, which was a nice change.

The cameras are OK but nothing to get excited about. In fact, that’s an excellent way to describe the hardware package overall: It’s OK. It works fine but lacks many of the whiz-bag features many other phones offer, but there isn’t much to complain about for the price.

But the hardware isn’t what makes this phone special — that would be the software.

Murena One: The software

I fell into the same trap I’ve seen a few others fall into when talking about any phone that runs /e/OS 1.0 — I’ve tried to shoehorn Google stuff back onto it.

It’s worth noting you can still definitely do that. With support for the microG project, a slimmed-down version of Google’s proprietary additions to Android, you can have apps like Gmail, Google Photos, or Maps running through the Applab store. It works for the most part, and you’ll find almost every app you would find on the real Google Play store.

But if you do this, just know you’ll still have a better experience buying a “regular” Android phone. I decided to wipe the device, scrap all the words I’d written, and start over with what I had versus trying to add more Google to “plain” Android.

I’m really glad I did. It allowed me to focus on all the things the e Foundation gets right while knowing that the things missing were just a quick install away if I needed them. Spoiler alert: I didn’t.

The phone comes with all the basics installed: a web browser, email client, calendar, maps, text messenger, and all the rest. A ton of other apps, like Signal (my preferred messenger client), are readily available through the phone’s built-in app directory. Of course, you also get access to third-party app stores like F-Droid if that’s how you want to get your apps.

Just because there is no Google baked in doesn’t mean you don’t have access to a robust set of cloud services. Every device comes with a Murena cloud account that provides an email address, backup space, cloud connectivity for your calendar, contacts, documents, and essentials, as well as 1GB of private storage for everything else.

The biggest difference though between the Murena One and every other commercially available phone running Android is inside the settings app. There you’ll find all the information you would ever need to know about how apps can access your information, how they can track you, and even how you can provide a fake location for the pesky apps that demand one.

You will never find this with any phone that uses Google’s services out of the box. I imagine much of it is a direct violation of the GMS agreement between Google and phone makers that allows the latter to include all the Google-y bits without paying. It’s also a very good thing that should be on every single Android phone.

In the end, this is what Android is all about, the free and open parts, anyway. A company like the e Foundation can take what is there (though /e/OS is a fork of LineageOS, which is forked from AOSP, the point still stands) and make a really good smartphone with it while excluding Google from the picture.

Phones sold for the Chinese market have been doing this for years so it’s awesome to see it done for the West and without any government interference.

Is the Murena One for you?

The experience is pretty much the same as any other mid-range Android phone for me. I’m not a huge app guy so everything I wanted was available, and I found that e Foundation’s default services worked quite well.

The difference is that I was able to do all of this without Google keeping track of me as I did it. That’s a double-edged sword because some of the things Google does that I like rely on tracking, like with Assistant. But I could live without it if I hadn’t already bought into it.

That’s where our paths probably diverge. Most people want an Android phone because of all the things Google adds. Look no further than the downfall of Huawei if you need further proof.

Most people aren’t going to visit an F-Droid repo and install the microG suite of services either, which means no support for anything from Google. And that’s fine.

Some folks just want to buy the best phone and enjoy it without worrying about Google knowing what apps you use or keeping track of the things you search for. As mentioned, the benefit of Google knowing things like you buying plane tickets to Hawaii means it you get access to reminders, boarding passes, and everything else that makes the trip easier.

But if you use a smartphone as just another tool and don’t really squeeze it for all it’s worth, this phone could be for you. Even if you do want to fill it with games and apps and care about Google tracking you, this can be the phone for you.

The Murena One is the first phone from the e Foundation and it runs the excellent Google-free /e/OS. It’s a great phone for anyone who wants less Google in their lives. 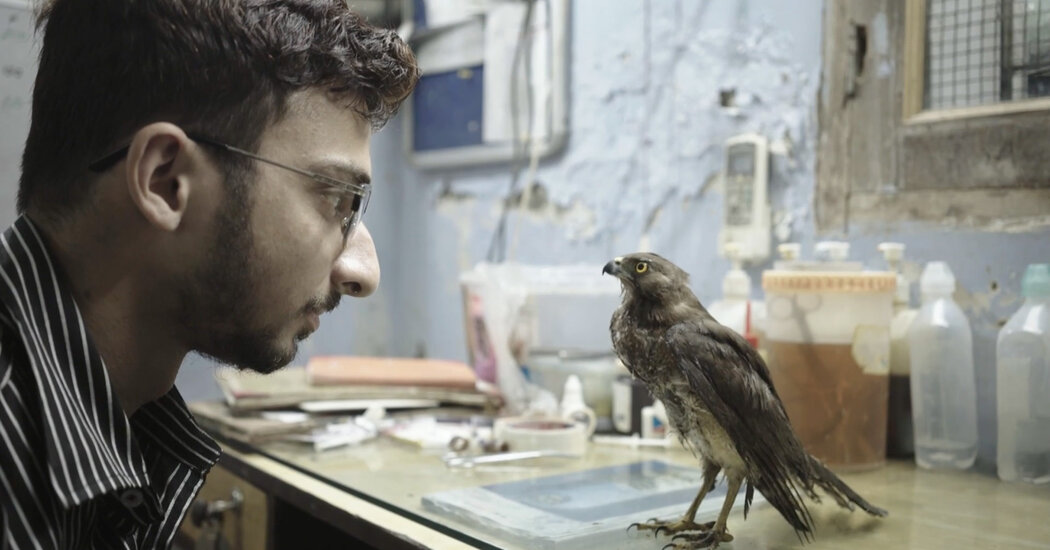 Sundance Wrap-Up: 6 Movies We Like and One We Disagree on

We Need to Talk About the Wildest Scene in ‘Elvis’