The Movies Are Good But Is This Now ‘The Power Of The Dog’s’ And Netflix’s Race To Lose? – Deadline

Is this finally the year Netflix’s dreams come true and it takes a Best Picture Oscar?

On the basis of the showing for Jane Campion’s The Power of the Dog with 12 nominations, a figure that surprised the best guesses of even those inside Netflix, you have to unequivocally proclaim this film as the front-runner now. It is the only movie that drew impressive across-the-board support in the Academy, netting all important directing and writing nominations and no fewer than four acting, where it overperformed (from the largest AMPAS branch), in addition to music, editing, sound, production design, and cinematography. In fact, the only category in which it had a conceivable chance but didn’t score was costume design (it also was passed over in that guild’s nominations). Any way you look at it, this was a stellar showing for Netflix, which again leads the pack in total nominations as well as grabbing a second Best Picture nominee in Don’t Look Up.

If you consider writing and directing nominations crucial components for a Best Picture win, then Japan’s little-engine-that-could Drive My Car, Paul Thomas Anderson’s Licorice Pizza, and Belfast are the only ones still in the hunt. The latter brought Kenneth Branagh three more personal nominations, which cemented him alone in Oscar history as the person who has been nominated in the most different categories, a staggering seven over the course of his career (Picture, Original Screenplay, Adapted Screenplay, Live Action Short, Actor, Supporting Actor, Director).

The problem for Belfast, as any pundit worth their salt will tell you, is that it failed to get an editing nomination. The only eventual Best Picture winner that didn’t get at least an editing nomination since 1980 was Birdman, and that is only because that movie was promoted as a single-shot wonder with no apparent editing noticeable. It definitely is a red flag for Belfast, which did get a Sound nomination, however. As for those other two Picture/Director/Screenplay contenders, they are their only nominations (except for an additional International Film nod for Drive My Car, where it is an overwhelming front-runner at this point). A huge chunk of the Academy resides below the line, so Power of the Dog’s dominance in crafts and marquee categories is a signal of strong support everywhere.

In Oscar Nominations, Streaming Hits A Ceiling Despite Apple Breakthrough And ‘The Power Of The Dog’ Leading Field

So does anything else have a chance going forward? Warner Bros could probably give you a very good argument that both their contenders Dune and King Richard do. First off both got editing nominations to go with their Best Picture status, and both are also in Screenplay. King Richard also drew nice acting support for Will Smith and Aunjanue Ellis. On the other hand, neither got a Directing nomination which might be fatal except as recently as the 2018 Best Picture win of Green Book or the 2012 win of Argo an omission from the directing category didn’t prove to be a hindrance. Where Dune’s strength clearly lies is with the crafts by landing in every single artisan contest imaginable (Cinematography, Costumes, Editing, Makeup and Hairstyling, Music score, Production Design, Sound, and Visual Effects), and if you are going to place some bets, a Dune sweep of those categories ala what Warners did with another Best Picture nominee a few years ago, Mad Max: Fury Road, is not out of the question. It has no acting nominations though and that represents the Academy’s largest branch by far, but if voters are looking for epic to honor this will be the place they will go.

One interesting wrinkle is the way Oscar counts votes for Best Picture as opposed to the 22 other categories. The ranked voting method employed for Best Picture only requires voters to list their favorites from best at #1 to least at #10. This has created some unexpected winners who come out on top more likely due to their placement in second or third position on ballots as it does to their first place status. It has the very real possibility of seeing a movie like Belfast for instance that may have only one or two wins during the evening upset another movie like Power or Dune for instance that rack up several victories before the Best Picture envelope is opened. At the very least it creates suspense. Though Power of the Dog has to be looked at as a front runner now, it isn’t a slam dunk because of this ranked Best Picture voting. If you are one of the other nine nominees there is still hope.

For the first time since 2011 the Academy reinstituted its rule of 10 nominees for Best Picture, clearly in the hopes of widening the field to gain entrance for more audience-friendly blockbuster movies that will appeal to the masses and goose the dwindling ratings of the Academy Awards. Dune, even hampered by day and dating on HBO Max (as was King Richard), is the only film on the list however to eke past $100 million at the box office, and in fact the only one to make over $40 million (where it looks like West Side Story will eventually land). In the age of streamers is that important?

Certainly a movie like Netflix’s star-laden Don’t Look Up drew huge global numbers, even if Power Of The Dog’s viewership is likely less impressive in that regard. Belfast, Drive My Car, Licorice Pizza, Nightmare Alley were the other four films in addition to West Side Story up for Best Picture who chose to go strictly theatrical when they were released, but their total box office take so far doesn’t even reach West Side’s disappointing returns in theatres. The lack of significant love for Best Picture Hail Mary campaigns for Spider-Man: No Way Home and No Time to Die means the rooting factor, and key component, for a large ratings rebound for the Oscars (even taking out last year’s abysmal Covid-affected watered down broadcast) did not materialize this morning. The lineup for the four acting categories is also not exactly star studded with the snub for Lady Gaga already being loudly lamented on the internet, although the Twitter-verse should be happy about the rebound for Kristen Stewart. Will Smith’s presence ought to help too. Even the Best Song category only has Beyoncé and Billie Eilish as potential viewership draws. Lin-Manuel Miranda’s Encanto nomination is for the song all in Spanish, not the chart busting Bruno tune that is a music phenomenon. It will be interesting to see if Belfast’s “Down To Joy” song nominee Van Morrison even shows up since he has had well-publicized issues with Covid restrictions.

But let’s face it, getting viewers to a show more interested in celebrating a critically acclaimed three hour Japanese language movie than the biggest film of the year that audiences actually saw (Spidey only got a single nomination for visual effects) is a tall order for producer Will Packer who has still not announced a host for the broadcast in which the newly-anointed leading film is a period movie whose main character is a repressed cowboy conflicted with his own sexuality. Hopefully though the Academy is planning a show that is 100% back to normal with all the pomp and red carpet pageantry that is synonymous with Oscar who has been battered but is not broken. I mean you really can’t argue with the quality of the films nominated, even though it is always disappointing to see the ones left off.

But moreover I would think this is the right time to produce an Oscar show that celebrates movies and the movie-going experience, that gets us excited about getting back to where we once were, and back to the theatres even if the irony is the big winner may be coming from a streamer. There is nothing wrong with this list of nominees, but I’m afraid they aren’t enough on their own to get the world excited The Oscars somehow have to find the magic again, and maybe that will happen when the movie industry itself can find that same magic again. This morning’s announcement with Leslie Jordan (who I love btw) botching names right and left (sorry, Denis Villeneuve), and some guy named Reece in the middle of the country analyzing it all and explaining how Drive My Car excites him to his core, was not an exactly auspicious way to kick things off in terms of, uh, igniting viewer interest in the 94th Annual Academy Awards. Hopefully Packer has better ideas. I bet he does.

Oscar has had some hard knocks lately, but it is still the crown jewel in all of this, really the only award for movies that means anything and the one, the only one, that will be mentioned in the headline of a winner’s obituary. Hollywood loves a comeback. Hopefully Oscar has the beginnings of one for himself this year with a broadcast that does the industry proud. It is interesting to see three remakes in the Best Picture lineup with West Side Story, Nightmare Alley, and Dune. Their creators would likely call all of them reimaginings. This year above all others it is probably time to also reimagine the Oscar show

Join Todd McCarthy and me later this afternoon for a special edition of our Deadline video series Two Shot in which we will take a deep dive into the good, the bad, and wtf of this year’s Oscar nominations. 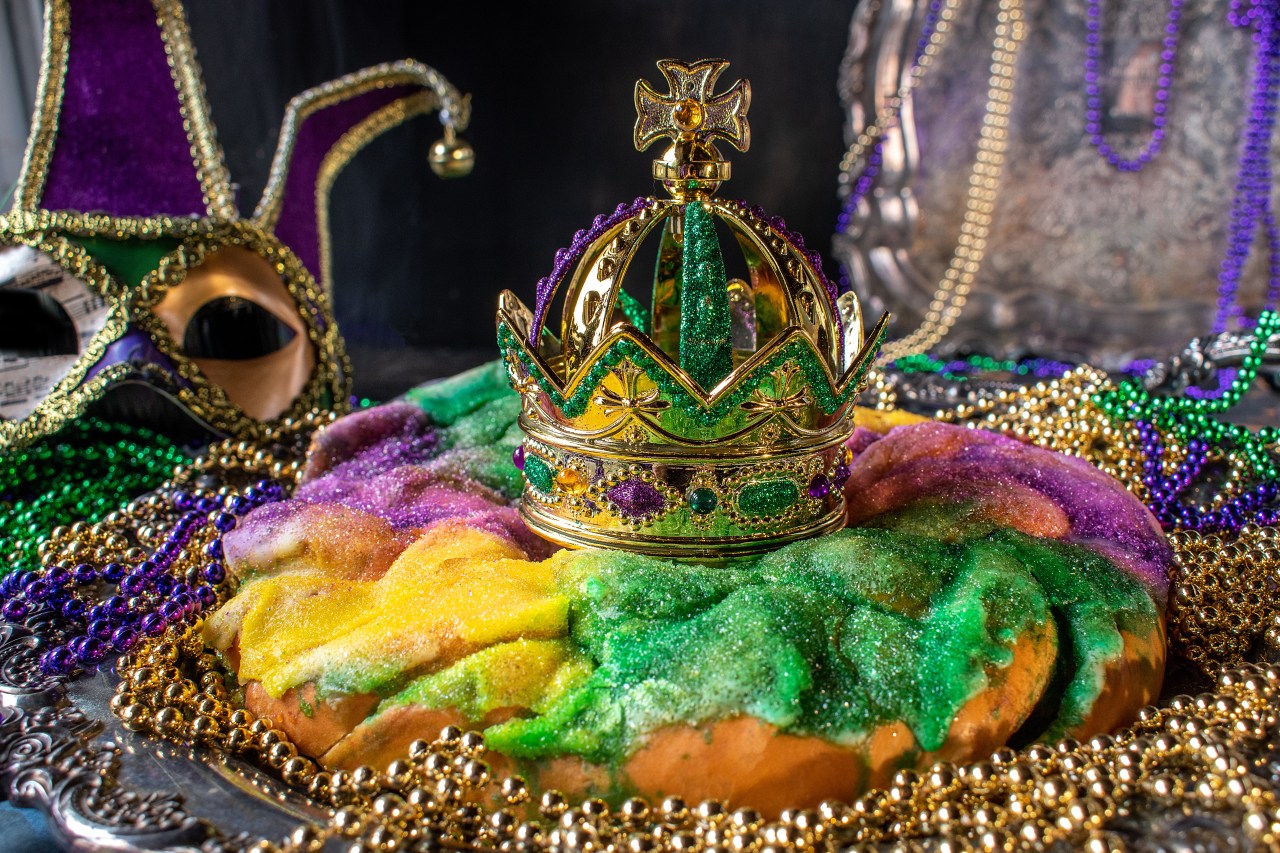 What is King Cake and where does it come from?

How to Watch BYU Basketball vs No. 2 Gonzaga