The story of Casablanca Records has been told by many — in books, articles and by the larger-than-life characters who lived through the salad days of mid- to late-1970s rock and disco music. Its ascent as a hit factory — home to KISS, Donna Summer, the Village People and Parliament Funkadelic — was short and swift and substantial.

Founded in 1974 by Neil Bogart, who’d had limited success as a record man at Buddha Records, a sublabel of MGM which had signed Gladys Knight and the Pips and the Ohio Express, Casablanca had the reputation of a place of excess. Sex, drugs and rock ‘n’ roll was the mantra of the day, and certainly so for the record company that contributed the first smash extended single to clubs and radio stations all over the world — Summer’s 17-minute “Love to Love You, ” produced by Giorgio Moroder and first released in 1975.

As legend has it: the record was played at one of Bogart’s wild Hollywood parties, where it unintentionally repeated over and over again until the host realized that, at 17 minutes, the song was just long enough to soundtrack the pre-AIDS sex everyone was having — and likely coincided with the timespan of their cocaine high.

Tim Bogart, one of Neil’s sons alongside hit songwriter Evan Bogart (Rihanna’s “SOS,” Beyonce’s “Halo”), has given a lot of thought to the brief amount of time his dad was on this earth (the elder Bogart died in 1982 of cancer, by which time disco had gone out of fashion), and has worked diligently to preserve the story in the form of a screenplay.

“Spinning Gold” was first conceived in 1990 and, after many drafts, multiple castings and a decades-long search for the right director (the road ultimately led to Tim), is finally a finished feature film making its screen debut at the Cannes Film Festival.

Music-wise, the original songs were not used for the soundtrack, which will come out on Atlantic Records. The Bogarts — younger brother Evan serves as executive music producer alongside Harvey Mason jr., the head of the Recording Academy – opted for new versions that demonstrate how the genesis of these songs, from the demo phase to the top of the Billboard charts.

Why did it take three decades to get these six seismic years right? Tim Bogart spoke to Variety about the evolution of the film.

How did you land on yourself as director?

We chose to tell the movie the way we wanted to tell the movie, which meant independently was the only way to do it. Not necessarily because we were trying to protect or whitewash the story — I actually found my father’s flaws to be some of the most fascinating components of his character. I don’t really see them as flaws. He never would have achieved success without truly being a gambler, in the most extreme sense of the word.

The movie was mostly shot during the pandemic. How did that work?

When I decided to direct it, that was about three years ago, just as the independent film business itself was changing because of streamers and the way international pre-sales worked. Then, as we were closing the financing, a global pandemic forced us to shut everything down, like the rest of the world. Not knowing: is this a month? Two months? Forever? Ultimately, we ended up realizing it could be forever and we packed everything away and waited until we could find another opportunity to complete the picture.

“Hit Men: Powerbrokers and Fast Money Inside the Music Business” really put the Casablanca Records story on the map as it was a very popular read among those who worked in the music industry, or aspired to. It came out in 1990, the year you first started on the script. What’s your take on the book?

“Hit Men” is funny. There’s a scene in the book where it says, in essence, that the house that Neil Bogart lived in burned down to the ground. And the way it’s described, it’s like the hand of God came down and wiped it from the earth. The author is correct that there was a fire — I was in the house when it happened — but it was only the garage.

So you saying it’s embellished?

It’s embellished to me. Yes, there was sex — before it was deadly; there was rock and roll; and try to find somebody who wasn’t doing drugs in the ’70s. I don’t pretend my father didn’t do drugs. He did. He loved them. There are people who certainly had excesses; my father was one of them, to be sure. But I don’t think that defined the story.

The movie is not about that. It’s just part of the fabric of those peoples’ lives. And what I think “Hit Men” did was try to make it all about sex, drugs and rock ‘n’ roll. What it didn’t do was celebrate any of the extraordinary accomplishments of the characters in the book, who really were some of the boldest, bravest and most creative executives that ever worked in our business.

Explain the thinking behind not using original songs.

When you’re doing a movie about the ultimate gold standards — these classic songs like “Lean on Me,” “Midnight Train to Georgia,” “Rock and Roll All Nite, “Last Dance” — I felt there was nothing new to tell . My vision always was as a love letter to these artists. I wanted to understand where the songs came from and what the creative process was. That actually opened up a remarkable palette for us to play with because we weren’t saying, these are the masters. We were saying these are the original moments of inspiration of these songs.

You have actors replicating the arena-rock grandness of KISS. Do you need to go to Gene Simmons and Paul Stanley for their blessing?

Every single artist I reached out to — Gene Simmons, Paul Stanley, Peter Criss, Ace Frehley, Donna’s husband Bruce Sudano, George Clinton himself — has been so supportive of the movie. In fact, the people who play P Funk are the actual children and grandchildren of the original Funkadelics. You reach out to these folks for publishing for sure, but I made no promises to tell the story in a specific way. Ultimately, I do think every one of them is going to be thrilled.

Will we see the infamous party where the extended “Love to Love You” was born?

Which role was hardest to cast?

My father, without question. I couldn’t land on the person, and I spoke to some extraordinarily wonderful actors who wanted to play him. I had actually committed to cast someone, and had a total panic attack that I’d made the one bad decision that would sink the whole thing. When I heard about Jeremy Jordan, I Googled his performances and saw the extraordinary talent and charisma he had, and the similarities he had to my father’s essence. I jumped on a redeye to New York, had a secret read-through, and cast him on the spot. It was the smartest and best creative decision I made in my life.

You were in talks with Justin Timberlake at one point?

I did develop the project with Justin for a couple of years early on. His music career became too busy for us to figure out how to work around that schedule. And ultimately, I decided I was ready to go and that I want to go a different way than what we were talking about.

Sebastian Maniscalco as Giorgio Moroder was an unexpected casting.

Capturing comedy was very important from the beginning. With Sebastian, we sort of looked at what Cameron Crowe did so beautifully with Jimmy Fallon in “Almost Famous.” You didn’t really know it was Jimmy Fallon [Fallon played Stillwater manager Dennis Hope], but it was this wonderful essence of a human that you felt. And only after you realize, that’s Jimmy Fallon. I think that’s what people will say about Sebastian. I think they’ll capture this funny character with this crazy accent — [Moroder is] a German in Italy writing in English — and will love what he did. But it’s very much meant to be something you’re only going to understand later.

What does “spinning gold” mean?

It references a number of things. My father spun plates as a three-ring circus leader at one time — he’d have 20 in the air hoping they weren’t going to crash. And obviously gold refers to success in the music industry, as in gold records and money — his ability to create it even when he kept spending or losing it all. But “Spinning Gold” really was the art of one person believing enough to keep going until it succeeds.

Is there any acknowledgment of the sexism and misogyny of that time in the film? ,

We really wrestled with that question because it’s such a different time today. And there were early iterations of the story that delved a lot more into the sexuality. Ultimately, that’s not the story I chose to tell. It’s not that we’re depicting it and not commenting on it; we believe we made a very honest story about the time and about the people. But that particular component, while unbelievably important, is not something that the film itself tells. 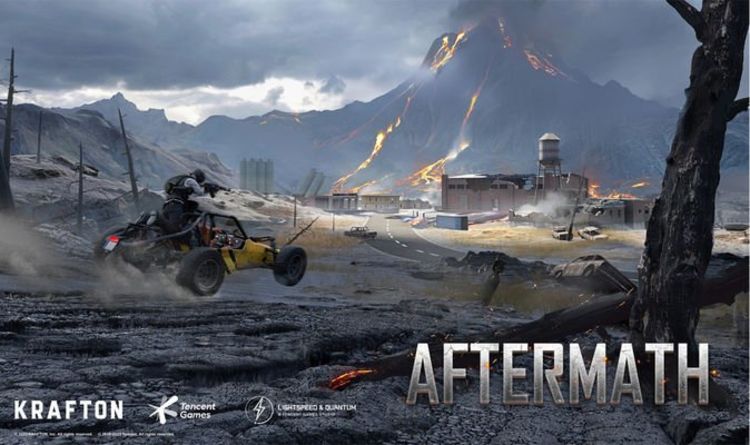 8 of the most popular Korean dramas of all time