On the field of Hard Rock Stadium on New Year’s Eve, Michigan coach Jim Harbaugh was talking with some friends and acquaintances he’s known for years — people who have coached in the NFL, led teams to NFL conference championships on the personnel side, and others. And Harbaugh told all of them he intended to remain the Wolverines coach.He told them he had no intention in jumping back to the NFL.Except Jim Harbaugh interviewed for the Minnesota Vikings head coaching job over the weekend.Except Jim Harbaugh would welcome a chance to coach the Miami Dolphins.CLICK HERE FOR MORE SPORTS COVERAGE ON FOXNEWS.COMAnd so what we have is something of a mystery brewing.What we have is people in Ann Arbor and at various NFL outposts not sure how exactly to address the possible NFL return of a coach who spent four years with the San Francisco 49ers and took them to the Super Bowl while winning .695 percent of his games, and then spent the past seven years at Michigan, winning .717 percent of his games.
FILE – In this Feb. 4, 2019, file photo, Miami Dolphins owner Stephen Ross speaks during a news conference in Davie, Fla. Ross says he’s confident the NFL will play in 2020, with or without spectators.
(AP Photo/Brynn Anderson, File)”He will be the coach of the Ross Wolverines or the Ross Dolphins,” a plugged in former Miami Dolphins employee told OutKick.com over the weekend.Ross is Dolphins owner Stephen Ross, who is a Michigan alumnus and one of the school’s biggest donors.Ross’s love of Harbaugh is no secret. He tried to hire him to be the Dolphins coach in 2011 — infamously flying across the country to Palo Alto to try to convince him to jump to Miami even as he had Tony Sparano occupying the coach’s chair back in South Florida.And when that move didn’t work for whatever reason, Ross was thrilled when Harbaugh took the Michigan job in 2015.Ross wants Harbaugh to remain at Michigan. He’s told him as much, per sources close to Harbaugh. And he said so during the press conference to announce the firing of head coach Brian Flores earlier this month.”Jim Harbaugh, I love Jim Harbaugh,” Ross said. “He had the opportunity once before to come to the Miami Dolphins. But he’s at the University of Michigan as everybody really knows. That is the school that I graduated from and I’m very involved in it, and I’m not going to be the person that takes Jim Harbaugh from the University of Michigan. I hope he stays there. He is a great coach.”And this is where more mystery comes into play.Multiple sources both within the NFL and the college ranks believe Harbaugh either in cahoots with the Dolphins and Vikings or just on his own, is running an end-around to get the Dolphins job.Here’s how it would work, per the sources: Ross would never hire Harbaugh away from Michigan because it would hurt his school, but if Harbaugh is leaving Michigan to become a head coach elsewhere — like Minnesota — Ross would feel free to step in.
Referees talk to Michigan head coach Jim Harbaugh during the second half of an NCAA college football game against Ohio State, Saturday, Nov. 27, 2021, in Ann Arbor, Mich.
(AP Photo/Carlos Osorio)That scenario would give Ross cover to say he didn’t take the coach from his alma mater but instead from another NFL team.And what role do the Vikings have in this? According to a source, the Wilf family, which owns the Vikings, are friendly with Ross.Zygi Wilf earned his fortune as a New York and New Jersey real estate developer. Ross is a New York real estate developer. The pair travel in the same New York society circles.So is it possible the Vikings are setting the stage for a Harbaugh NFL narrative, which would allow Ross to swoop in and land a proven, big-name head coach?Other Dolphins sources say it’s not as easy as that because there is internal reservations about Harbaugh in the Dolphins organization. They say Harbaugh is hard to deal with and the Dolphins just fired Flores, not because he was losing too much but primarily because he was hard to deal with.This, however, comes from the perspective of people who understand a Harbaugh arrival would be a detriment to their power and possibly even their job status.It’s clear Harbaugh would not come to the Dolphins and serve under current general manager Chris Grier. Harbaugh has his own personnel people in mind.And while the Dolphins have leaked to media that they intend to have the next coach inherit much of the current defensive staff, Harbaugh has his own designs on a coaching staff because a source said he’s already contacted former Denver Broncos head coach Vic Fangio about being his defensive coordinator if he jumps to the NFL.
Head coach Jim Harbaugh of the San Francisco 49ers leaves the field after their win over the Arizona Cardinals at Levi’s Stadium on December 28, 2014 in Santa Clara, California.
(Don Feria/Getty Images)Fangio was Harbaugh’s defensive coordinator at both Stanford and with San Francisco.Ross, meanwhile, has been quite loyal to Grier despite mediocre results on the field and in the personnel department the six years he’s been the general manager. Ross retained Grier over both Adam Gase and Brian Flores when those two coaches were fired.Amid Harbaugh rumors Grier has been helping conduct a coaching search that is set for second interviews with San Francisco offensive coordinator Mike McDaniel and Dallas offensive coordinator Kellen Moore this week.Both of those first-time head coaches, should they land the job, would be agreeable to inheriting a defensive staff and Grier because, well, they’re not exactly turning away other head coach offers so far.CLICK HERE TO GET THE FOX NEWS APPThis mystery is set to reach its critical moments this week. Harbaugh will be done with signing day after Wednesday. The Dolphins, and Vikings, are free to continue their interviews with rather unproven head coach candidates.What happens next will be interesting to see.

What Are the PlayStation Plus Free Games for February 2022 and How To Download Them? 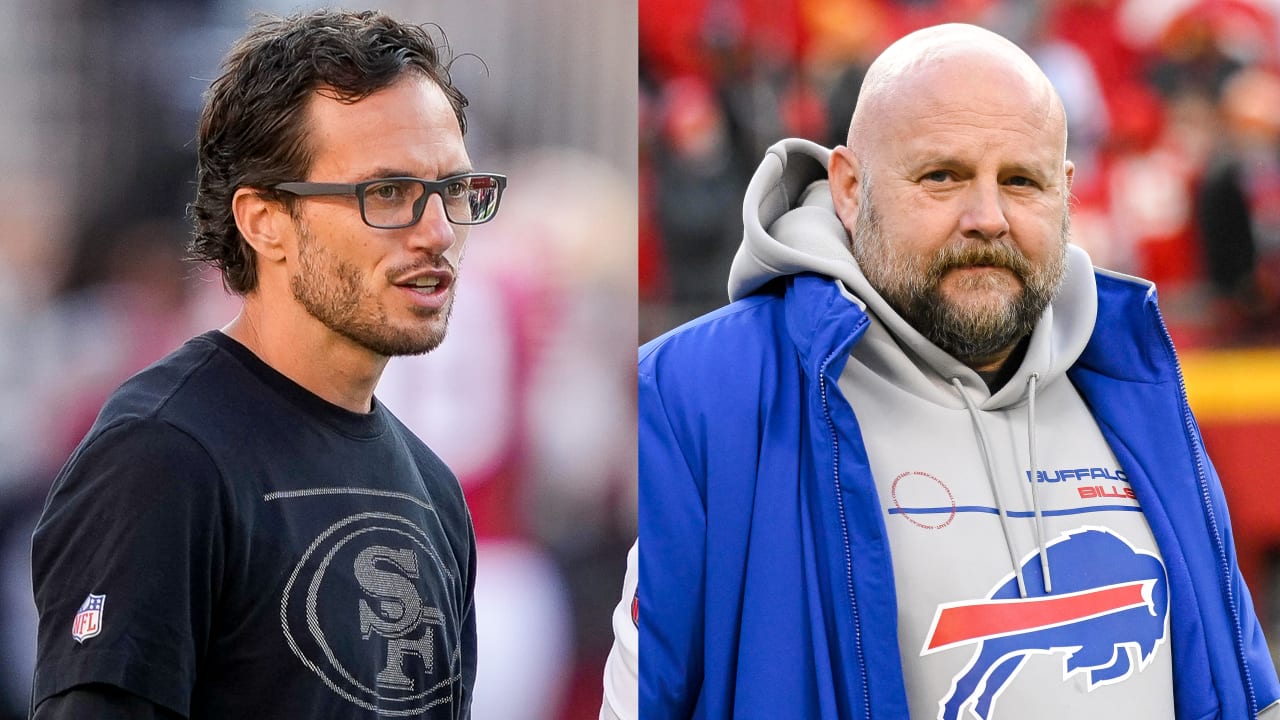 Cannabis industry on brink of shutting down, business leaders say