The Horror and Happiness of Oliver Sim LOS ANGELES — Oliver Sim was happy to be a monster. Too happy.

On the London set of the short film “Hideous,” which premiered at the Cannes Film Festival on Sunday, the 32-year-old musician was living his fanboy fantasies of becoming a creature from a horror movie.

“They were like, ‘You have to relax your face, you have to stop smiling,'” Sim recently recalled, explaining how a makeup artist who was gluing a textured prosthetic to his forehead instructed him to take it down a notch.

Sim knows that he doesn’t have a reputation for smiling too much. Since he was a teenager, he’s been in the xx, a band whose minimalist take on post-punk is synonymous with moody restraint and understatement. Thirteen years after the group’s debut, he’s putting out his first solo album, and while it isn’t exactly a laugh-a-minute, it’s coated in a gloss of humor and camp. The album’s title, “Hideous Bastard,” gives a good indication of the cheeky melodrama it contains.

“I think it’s a bit more of who I am as an individual and not one of three,” Sim said. Both of his bandmates have released solo albums of their own, which is just fine with him: “Like the Spice Girls all had their own identity, I would love the three of us to all have our own identities.”

Sim’s vocals on “Hideous Bastard” are flinty and melismatic. The lyrics are wry and heartbreaking. “A lot of the sense of humor is very British,” he said. “To me, starting a song with ‘I’m ugly’ is hilarious.”

Oliver Sim is far from ugly in any conventional sense of the word. He is tall and slim, with gigantic amber-colored eyes that he says turn a bit green when he cries. On an April afternoon, he sported baggy khakis and a fresh tan courtesy of a weekend watching his bandmate Jamie xx at Coachella. Something darker lurked beneath his blue-and-white-striped button-down: a T-shirt emblazoned with “Buffalo Bill’s Skin Lotion,” an allusion to the serial killer in the film “The Silence of the Lambs.”

“Hideous,” a mid-tempo pop song with moody and lush orchestration, opens the album, and its final verse packs a wallop: “Been living with HIV since age 17, am I hideous?”

Those lyrics are true. Oliver Sim has been living with HIV for 15 years. Many of his friends and family were aware of that fact, but this is the first time he’s chosen to discuss his status in public.

“I wrote that song knowing that a lot of this record had to do with shame and fear and I knew I was dancing around something that causes me the most shame,” he said.

Sim said he was inspired by musicians like John Grant and Mykki Blanco, who make challenging and nuanced work and are also open about their HIV positive status. “For me, this is the opposite of shame,” Sim continued. “If I were the deepest in shame I would have made a record not talking about any of this stuff.”

When Sim first wrote “Hideous,” he played it for his mother. “She gave me a great piece of advice,” he recalled. “She was like, ‘How about you have some conversations before you do this?'”

He has spent the last two years doing just that. “It’s been hard,” he said using an expletive. “But each one has been easier.”

Sim also spent that time reaching out to other gay musicians, seeking both advice and camaraderie. “First of all, I went straight to the top and contacted Elton,” he said. Elton John introduced him to Jake Shears of the Scissor Sisters, Perfume Genius and Jimmy Somerville.

Somerville, who founded the pioneering gay pop band Bronski Beat in the 1980s, became a pen pal, then a friend and collaborator, contributing vocals to three tracks on Sim’s album and appearing as a glittery alien in the short film “Hideous.”

The film, which is set entirely to tracks from Sim’s album, was directed by Yann Gonzalez, another gay artist Sim reached out to during the pandemic. “I confessed to him that the first time I met one of my ex-boyfriends, we were exchanging music from the xx,” Gonzalez said in a video interview. “So it was very emotional.”

Their correspondence led to the film “Hideous,” a pastiche of early silent film, 1960s British television, 1970s glam rock and 1980s gay pornography. The film is largely impressionistic, but it tells the story of a pop star who comes out as gay on live TV. The outsized ridicule he faces from the public literally transforms him into a monster.

“I got to kill Jamie xx, which is something I’ve always wanted to do,” Sim said, referring to the monster’s first victim, played by his bandmate. Sim speaks with great affection for his bandmates (who he swears are funny) but is also fond of ribbing them. “If I were to critique the band, there hasn’t been much of a sense of humour,” Sim said later with a roar of laughter.

Horror has long fascinated Sim, and during our afternoon in Pasadena he visited shooting locations from one of his favorite movies, “Halloween,” recreating poses as both the killer, Michael Meyers, and the final girl, played by his favorite actress, Jamie Lee Curtis.

“I feel the energy,” he said with a wide smile outside of one of the houses. He pointed to a window. “That’s where Mike kills his sister,” he said.

The next stop was Hollywood Forever Cemetery, a site he hadn’t visited since the xx played a show there in 2012. Sim remembers little of that night besides riding around in a golf cart and being star-struck by the actor January Jones. “It was a very boozy time,” said Sim, who is currently sober and in a 12-step program.

We walked past a bust of Burt Reynolds that Oliver greeted as “Mr. Burt” and stepped around two headstones labeled “DADDY.” Sim used to walk through Brompton Cemetery in London to get to primary school. He remembers his mother warning him not to stray off the paths. As a child, he was unaware that the cemetery was a popular cruising ground for men seeking anonymous hookups.

At age 13 — when he had already reached his current height of 6-foot-3 but was even skinnier — Sim worked up the nerve to buy a pint at a local gay bar, not knowing that it catered to “bears,” a term for gay men who are hefty and hirsute. The other patrons ignored him.

“I made that pint work for three hours and then had a ‘Dancing on My Own’ moment,” he recalled.

As his teenage years wore on, he gradually became more comfortable with his gay identity. Then, at 17, he got the HIV diagnosis. “It happened at a time when I was just starting to be open with my sexuality,” Sim said. “I was just opening the doors and it shut the doors again a bit.”

The stigma associated with HIV made a lasting impact on him. “It started to marry itself with my sexuality,” he said. “As if sex itself was something that was destructive or dangerous or shameful.”

“And I think I wanted to pull that apart, to separate those two,” he added, referring to his new album. But Sim stressed that HIV is only one part of the story he’s telling on “Hideous Bastard.”

“This record isn’t about HIV,” he said. “I’m not naïve, I know it’s going to be talked about and it will be a defining part of it, but that’s not how I see this record. It’s about shame, it’s about fear and it’s celebratory.”

After the cemetery, Sim wanted ice cream. His publicist knew a great place in Los Feliz that offered flavors like biscuits and jam and everything bagel. Before entering the shop, Sim lit a cigarette and waxed about Jamie Lee Curtis. “I think I wanted to be her: angry and sexy,” he said.

Sim doesn’t come across as angry. He also doesn’t come across as more or withdrawn, as he has frequently been described in the past. In person, he was quick to laugh and easy to talk to. As we rode around Los Angeles, he dished about a recent date, sang along to “Together Again” by Janet Jackson and professed his love for the reality TV show “Selling Sunset.”

“I don’t think I’m the shy, awkward person that’s maybe been written about or portrayed,” he said, tapping a cigarette. The pandemic also made him realize that he wasn’t quite the introvert he had always thought himself to be.

“I thought this was the life for me,” he said of his time in solitude. “I realized quickly it wasn’t.”

“I’m on this journey,” he added, “where I realized I like people.” Inside ‘Pistol’: The Chaotic and Brilliant Sex Pistols Series 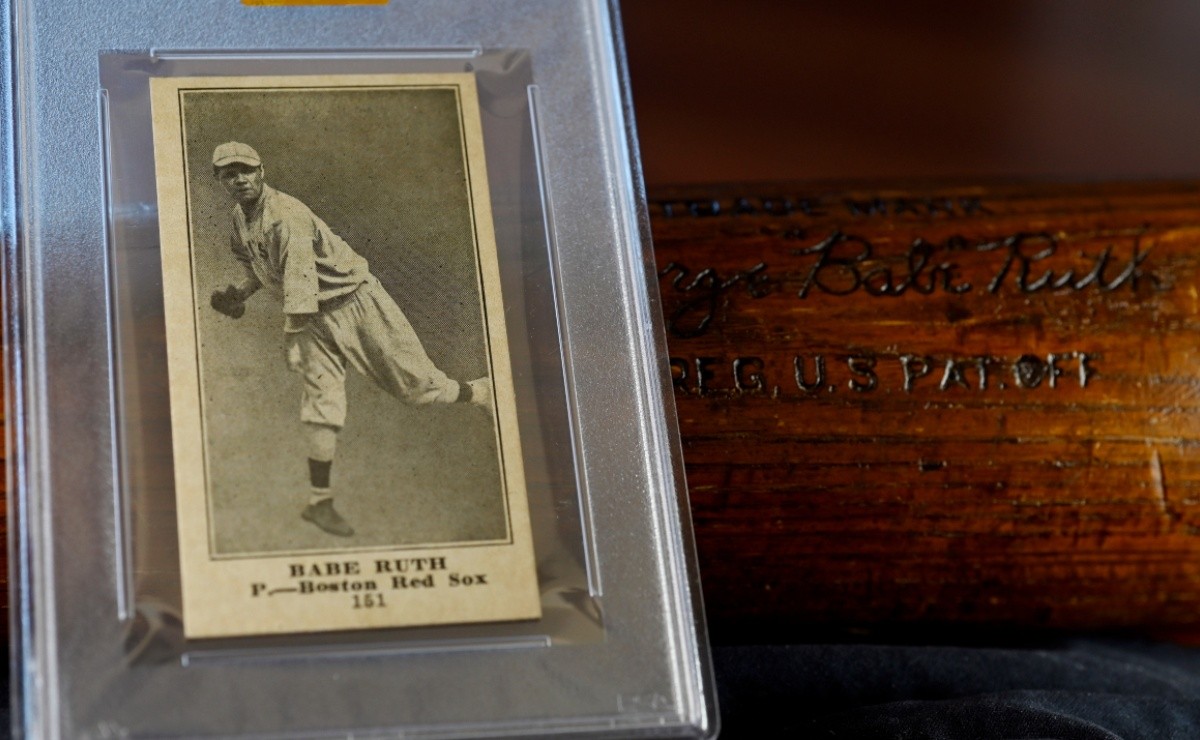 5 Useful Websites Every Student should Know About

Top 100 MLB players of all time: Who made the first half of our list?